With his WWE Championship Match against Bobby Lashley just two weeks away, Drew McIntyre tried to take out The All Mighty’s confidant, MVP, in the main event of Raw. McIntyre defeated MVP in the battle, but he ended up getting a first-hand look at what awaits him on June 14.

The Monday Night Messiah took a different approach to honoring the career of the legendary luchador, instead honoring the “sacrifice” of Rey Mysterio in the eye injury Rollins forcibly inflicted upon him. Rollins’ actions infuriated Aleister Black, who arrived a little earlier than expected to start his scheduled match with The Monday Night Messiah.

When Seth Rollins’ disciples Murphy & Austin Theory got a little too close to the action, Humberto Carrillo arrived with a steel chair to even the odds. With the playing field slightly leveled, Aleister Black rolled up The Monday Night Messiah and claimed victory. However, Rollins unleashed Murphy & Theory on Black and Carrillo after the bell, then Stomped both Superstars into the canvas.

Newly crowned United States Champion Apollo Crews made a bold choice in selecting Kevin Owens as his first challenger. However, before a winner could be decided in this thrilling bout, Andrade and Angel Garza rushed the ring, attacking both men and setting the stage for an impromptu tag team battle.

Andrade and Garza set out to dominate their opponents, who were most definitely worn down after a grueling battle. The Lethal Lothario once again targeted KO’s injured knee, but that wasn’t enough to turn the tides, as Crews pinned Andrade after a thunderous Toss Powerbomb to pick up the win.

The Viking Raiders def. The Street Profits in a game of Bowling, 131-130

The latest edition of the “Anything You Can Do, We Can Do Better” series saw Raw Tag Team Champions The Street Profits meet The Viking Raiders on the lanes for 10 frames of fury. Erik & Ivar jumped out to an early lead, showing supreme skills. Montez Ford & Angelo Dawkins turned the tables by adding smoke machines and laser lights to the show, overtaking The Viking Raiders. But after avoiding getting kicked out for hunting down turkey legs, Ivar slid down the lane and toppled enough pins to give his team a one-pin victory, evening the series at two wins apiece.

After a heated confrontation backstage made its way to the ring, a feisty Nikki Cross brought the fight to Billie Kay, but she was stopped in her tracks by her foe, who slammed Cross to the canvas for the three-count.

After The Monday Night Messiah insulted his legacy earlier in the evening, Rey Mysterio appeared on Raw to set the record straight on his eye injury. Mysterio, wearing an eyepatch, said he doesn’t have an answer at this point as to whether his career is over. He could be cleared in a few weeks, or he could never again be cleared to compete.

Nonetheless, Mysterio is furious with Rollins for what he put his family through, and he can never forgive The Monday Night Messiah. That was clearly evident when Mysterio’s son Dominik joined, demanding that someone from the family get retribution on Rollins. After Mysterio left the room, Dominik had a warning for The Monday Night Messiah about what may lie ahead for him: “An eye for an eye.”

Rob Gronkowski was preparing to create the next viral TikTok dance at his home in Foxborough, Mass. earlier today. However, his plans took a turn for the worse when R-Truth, disguised as a landscaper, rolled him up for a pin to reclaim the 24/7 Championship!

Nia Jax said she was going to show the WWE Universe a fraction of what she had in store for Asuka at WWE Backlash in this battle against The Empress of Tomorrow’s tag team partner, Kairi Sane. That’s a terrifying prospect, as she ruthlessly hurled her into the steel ring steps, then crushed her with a leg drop to get the victory.

The Empress of Tomorrow and The Queen renewed their epic rivalry on Raw, and it looked to be another exciting chapter in a Champion vs. Champion Match. However, Nia Jax took it upon herself to mock Asuka, causing the Raw Women’s Champion to get herself counted out. The Irresistible Force then bulldozed over Asuka and exited.

Despite Lana proving to be a distraction, MVP and Bobby Lashley tried to overpower the WWE Champion. However, Drew McIntyre was laser-focused and clobbered MVP with a Claymore to get the win. But as soon as the bell rang, Lashley leapt into action, locking the WWE Champion in the Full Nelson.

It was noted on the first edition of Raw Talk on the Free Version of WWE Network that McIntyre did not pass out or tap out before officials separated the competitors. However, the WWE Champion got a painful preview of what he’ll have to endure to retain his title in two weeks at WWE Backlash. 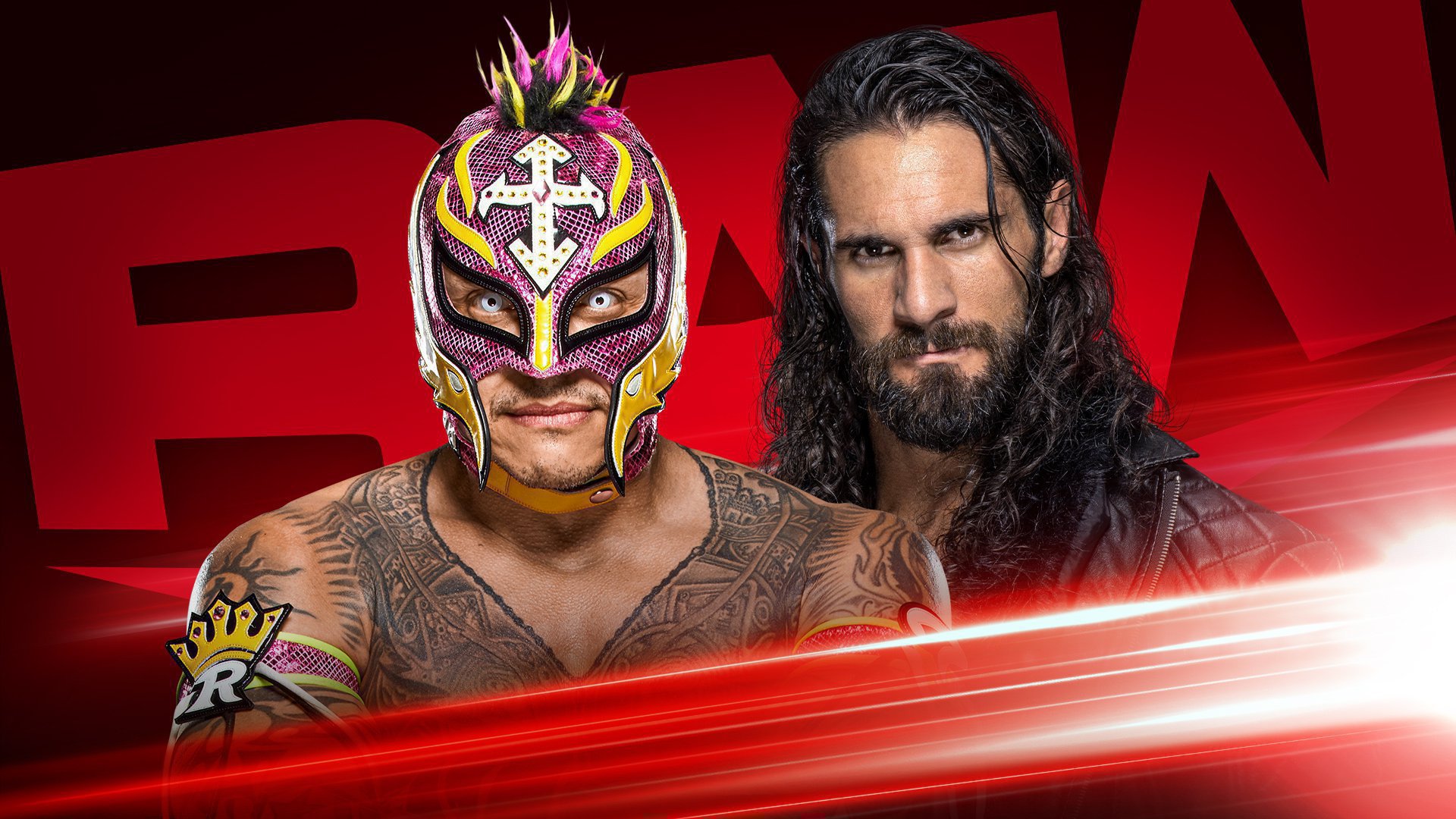 Several weeks ago, Rey Mysterio was the victim of a gruesome attack by Seth Rollins, which left the masked marvel with a critical eye injury. Apparently, the effects of that injury may be forcing Mysterio to hang up his boots, as there will be a retirement ceremony for him tonight on Raw.

However, the ceremony is being hosted by the man who put him out of action. Just what does The Monday Night Messiah have in store for Mysterio, and what motives could he have for hosting this ceremony?

Asuka and Charlotte Flair clash in Champion vs. Champion showdown 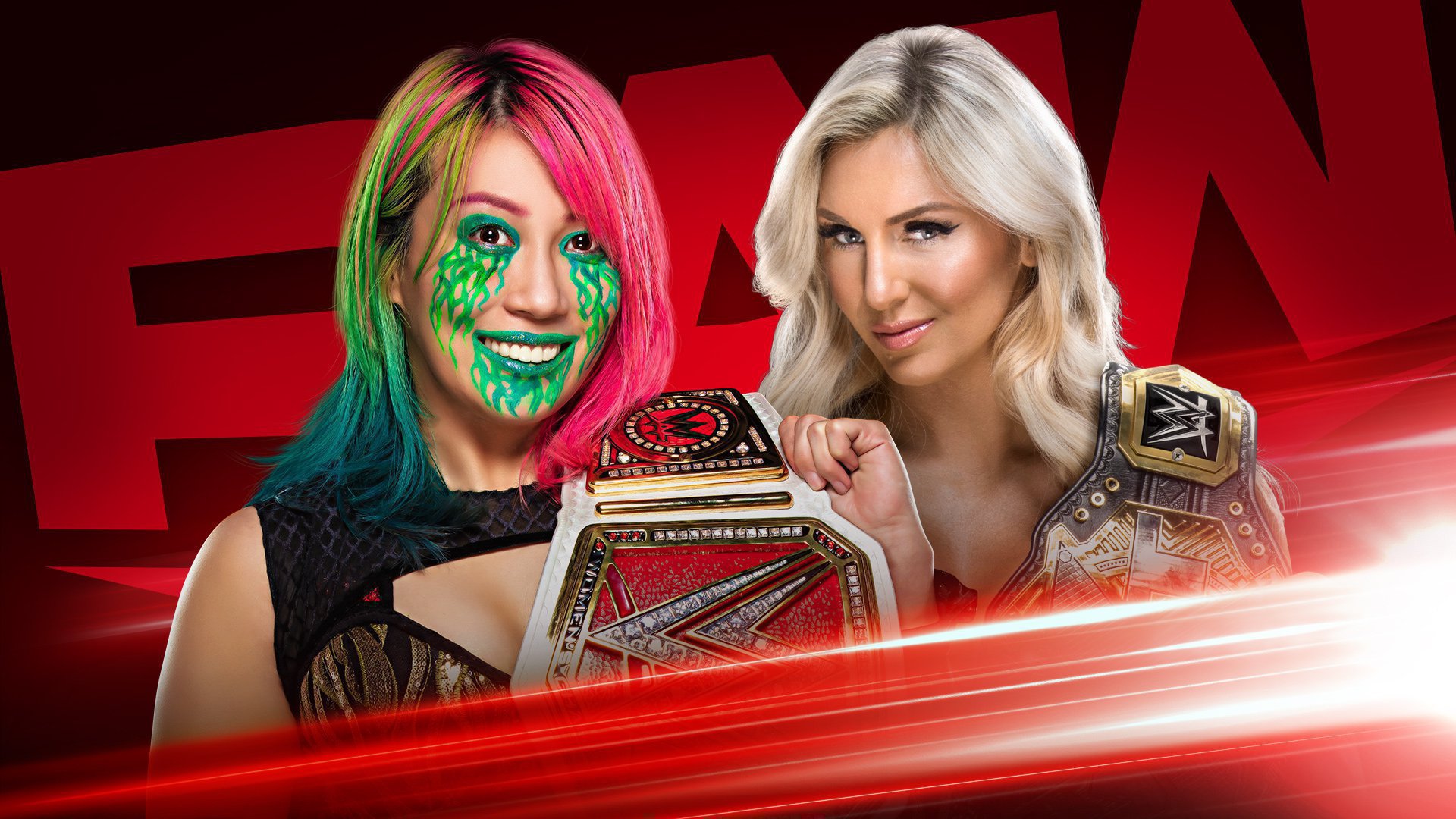 The two Superstars are no strangers to each other, as The Queen once brought Asuka’s vaunted undefeated streak to an end at WrestleMania 34. What will happen when these longtime foes write the latest chapter of their rivalry? 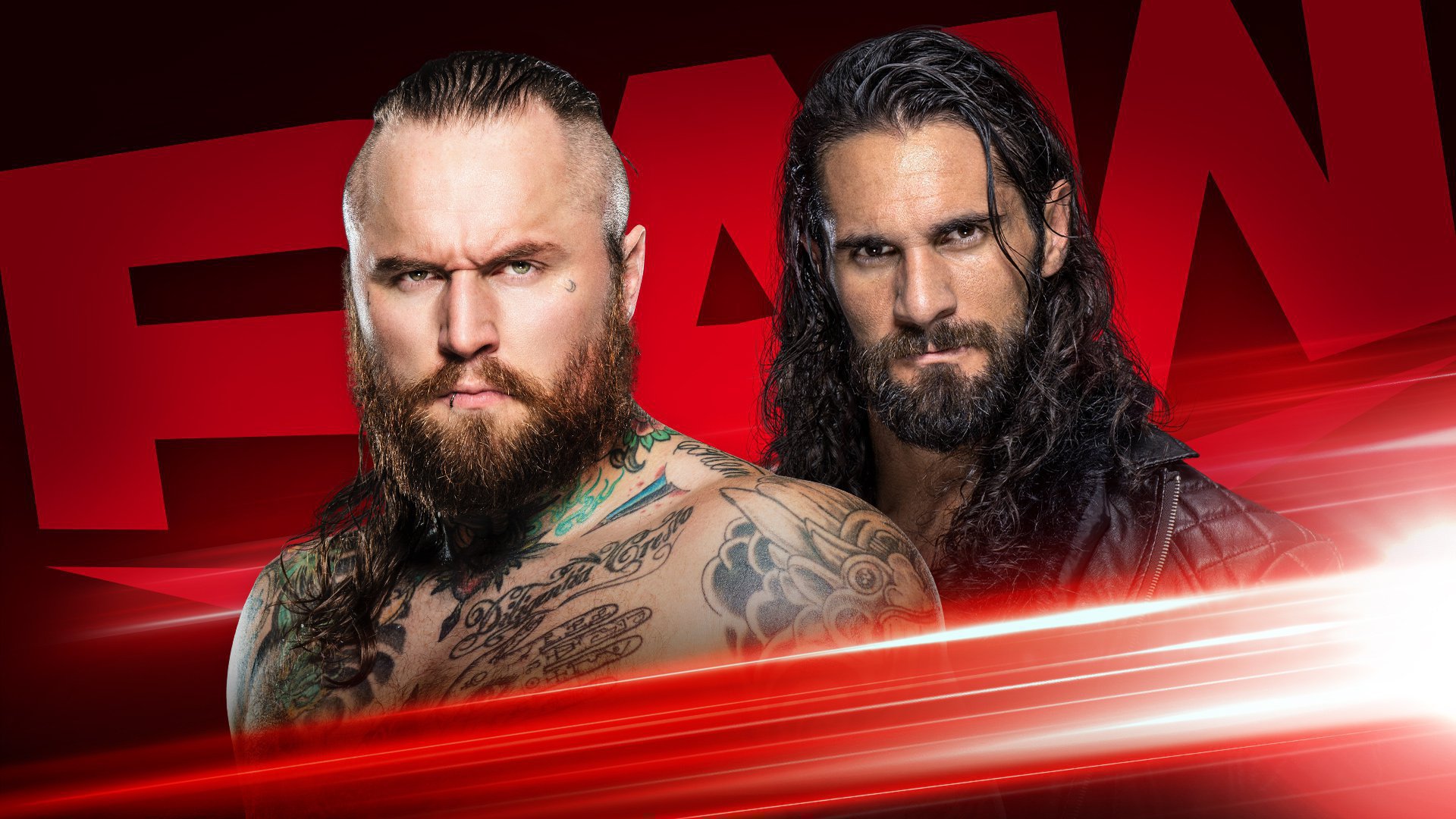 In addition to hosting Mysterio’s retirement ceremony tonight, Rollins will also be in action against Aleister Black. 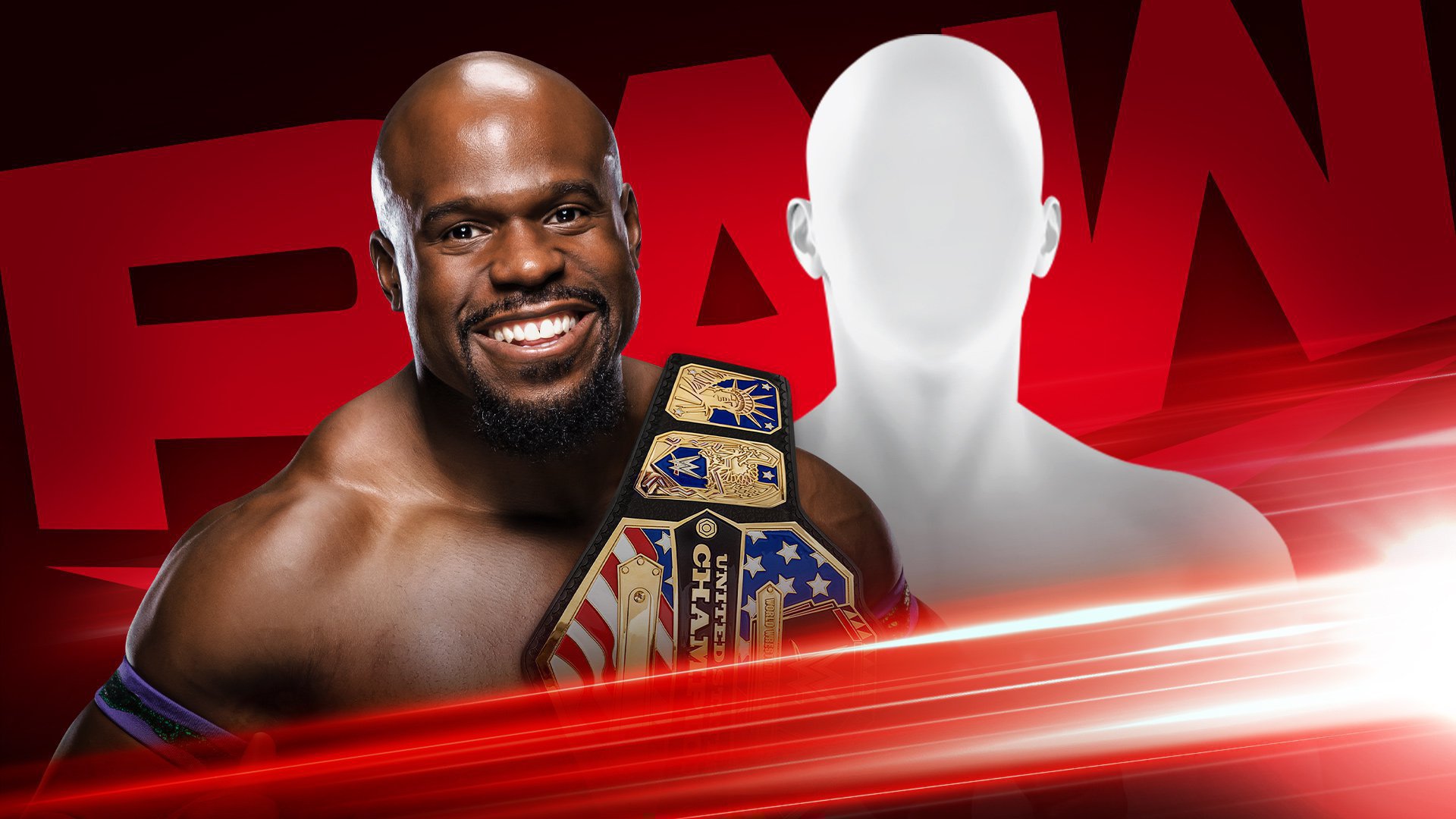 Newly crowned United States Champion Apollo Crews is not going to be taking a breather after winning the title. This week on Raw, Crews will defend his title against an opponent of his choosing.

Who will Crews select? Will they play spoiler for the new champion? Find out on Raw, this Monday at 8/7 C on USA! 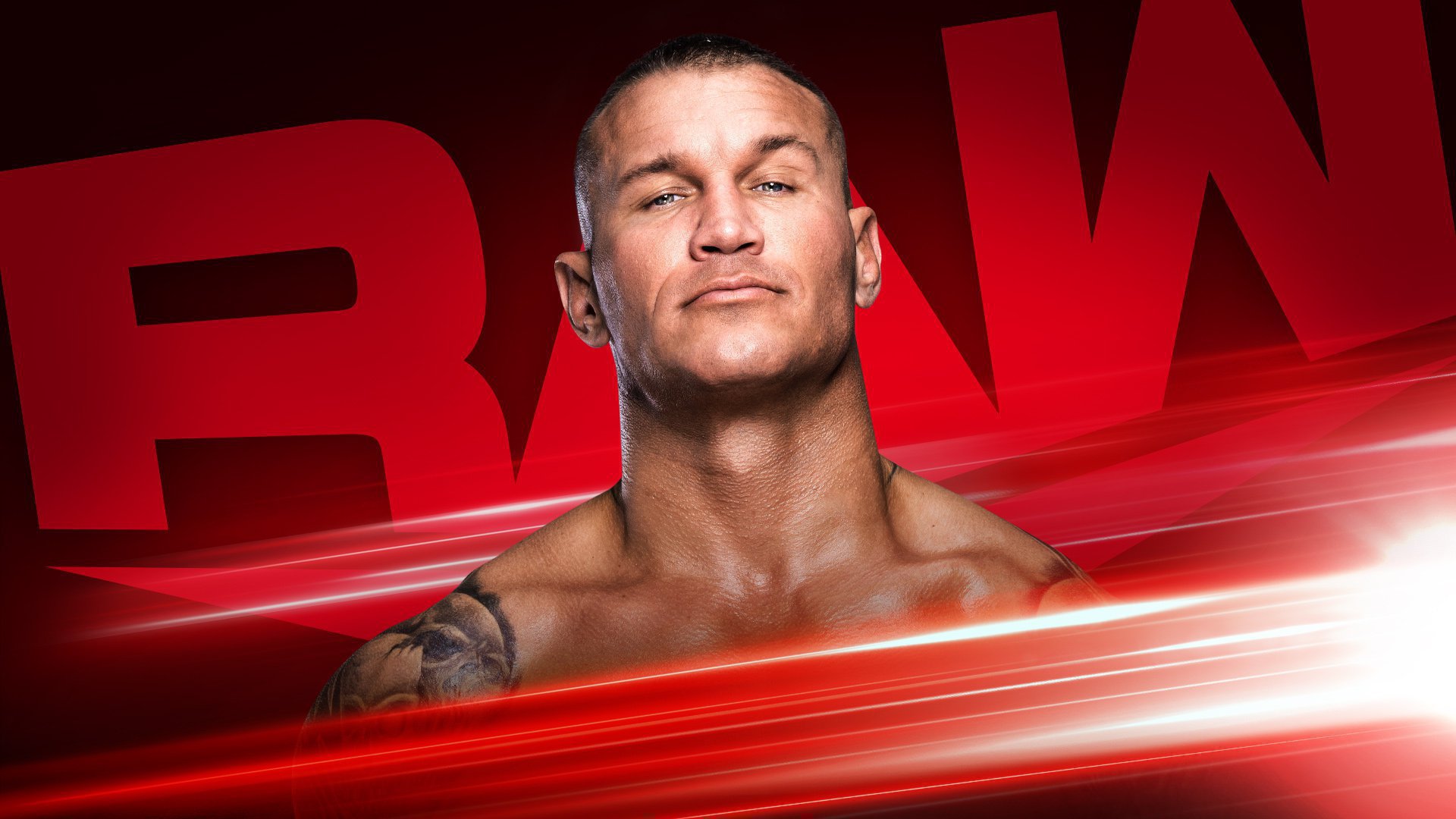 Last week, Edge called the actions of Randy Orton, as well as The Viper’s pride, into question as they prepare for what may be The Greatest Wrestling Match Ever at WWE Backlash.

How will The Apex Predator respond to Edge’s accusations?