Universal Champion Goldberg and Roman Reigns insulted each other during an unbelievably tense WrestleMania contract signing. Elsewhere, Rob Gronkowski appeared on SmackDown, and the WrestleMania 36 host immediately put his fingerprints on The Show of Shows. 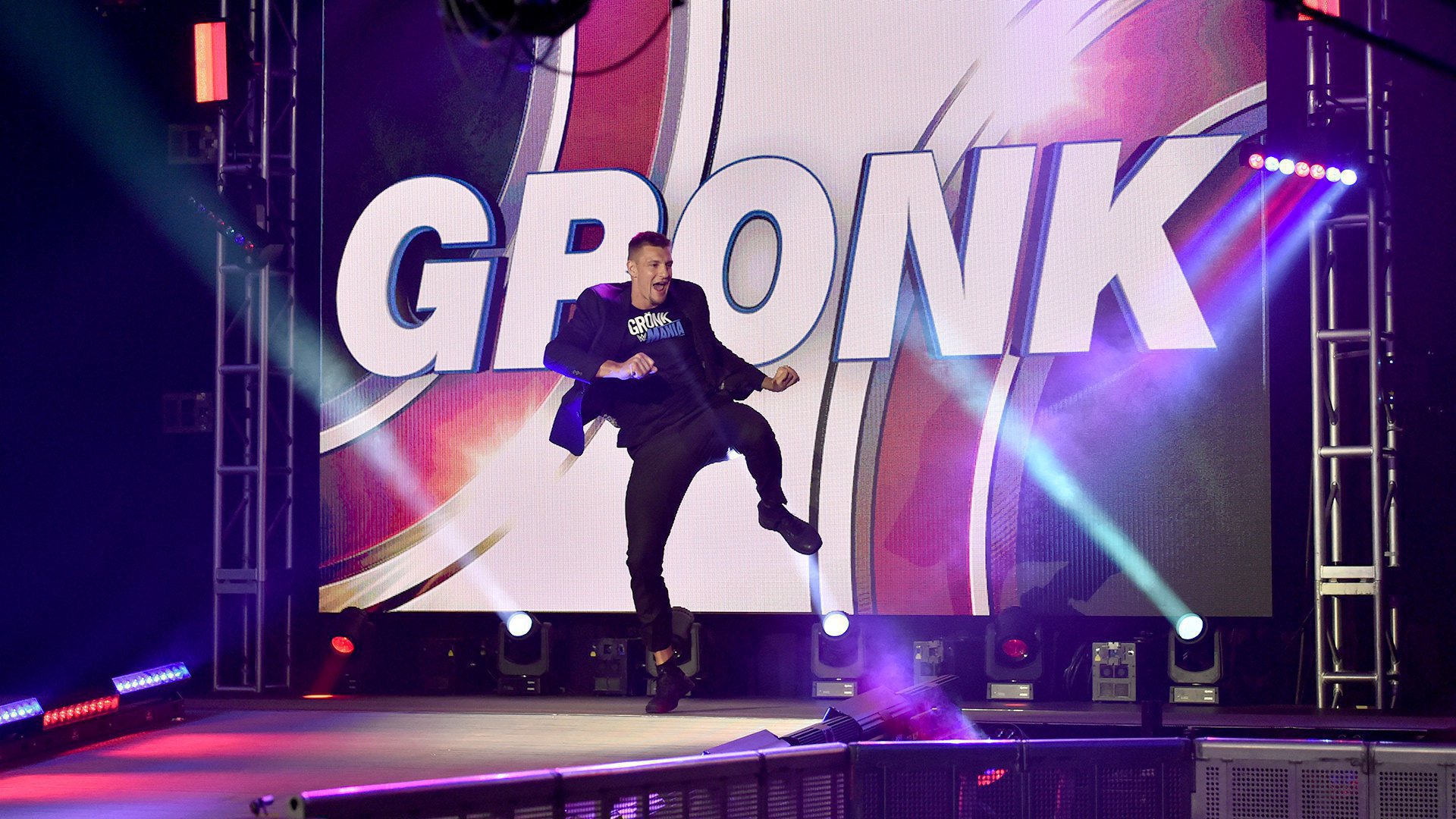 Mojo Rawley introduced the host of WrestleMania 36, Rob Gronkowski, to Friday Night SmackDown… but King Corbin saw an opportunity to attempt to assert his dominance at the expense of the three-time Super Bowl champion.

Gronk spoke about how excited he was to host the first-ever two day WrestleMania, but he and his buddy Mojo were quickly interrupted by Corbin. The King of the Ring brought the hype vibes down exponentially by crashing the party and telling Gronk that he’ll need to fall in line like everyone else.

With tensions rising, Elias hit the scene, continuing his attempts to antagonize King Corbin every chance he gets. Elias went for Corbin’s head with another song, and a frustrated Corbin got in Gronk’s face. However, Mojo snuck up behind Corbin, allowing Gronk to shove Corbin to the mat, and Elias hurled Corbin over the top rope and out of the ring. The host of The Show of Shows then suggested that Elias and Corbin clash at WrestleMania 36! 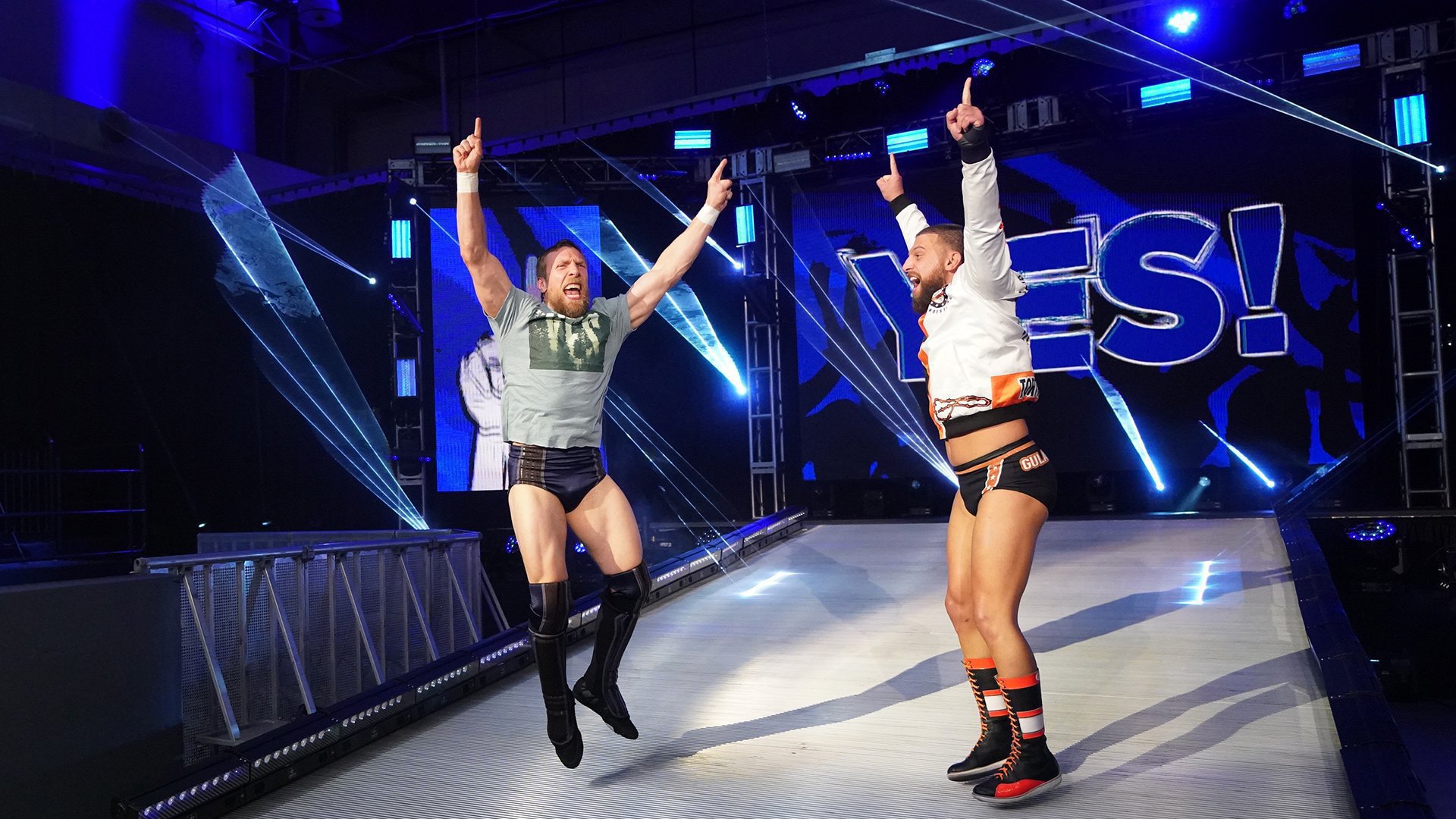 With Daniel Bryan & Drew Gulak continuing to strengthen their bond, the two looked to test themselves against their mutual rivals, Shinsuke Nakamura & Cesaro.

Intercontinental Champion Sami Zayn, Nakamura and Cesaro ambushed Bryan & Gulak after Bryan’s victory over The Swiss Cyborg last week, and Bryan & Gulak came out the gates hot in this tag team contest. In the clutch, Bryan and Gulak worked together to allow The “Yes!” Man to catch Cesaro with a beautiful sunset flip for three, enraging Sami Zayn, who had been chastising Bryan & Gulak from the announce desk. 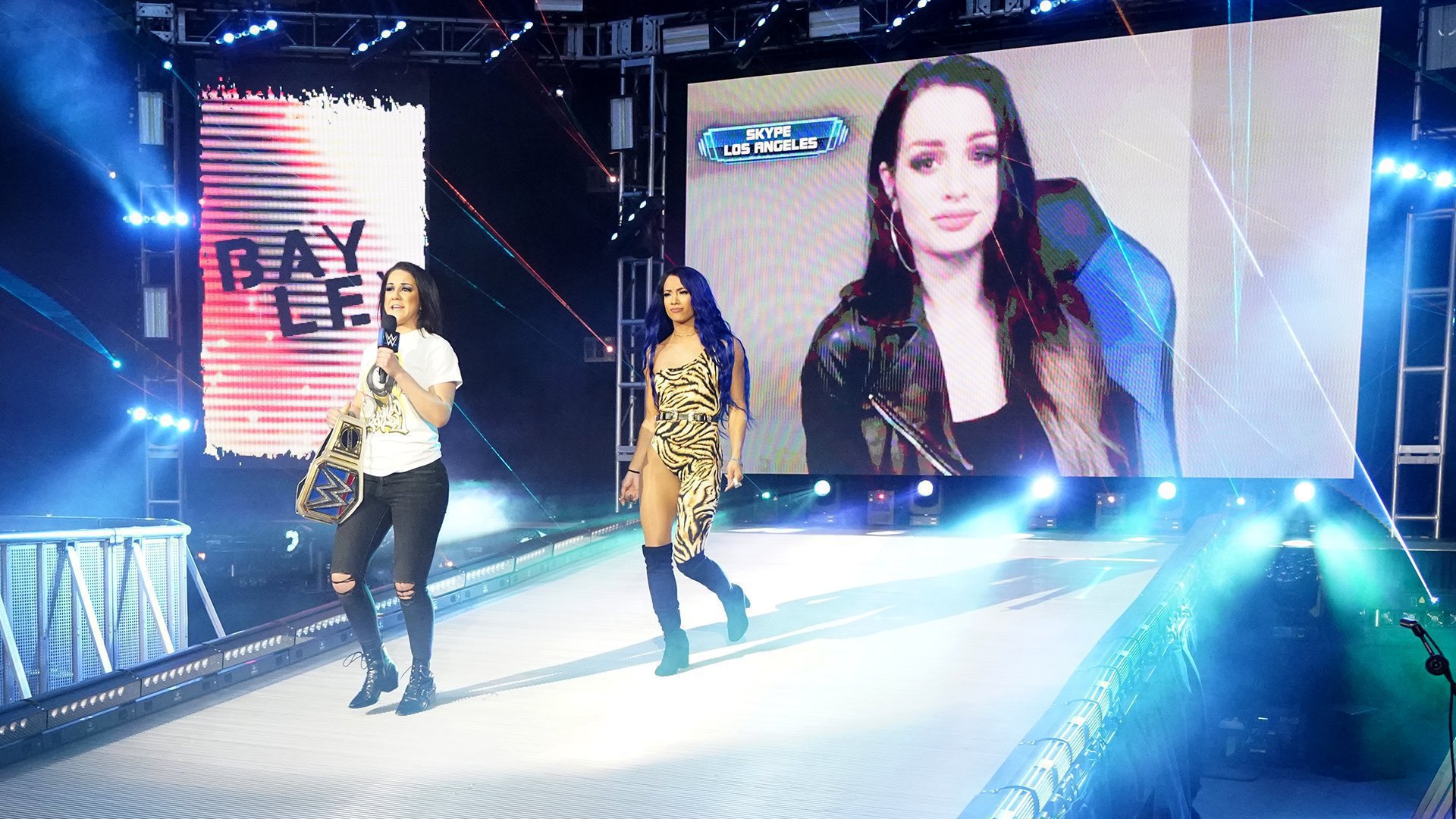 Paige was unable to appear on Friday Night SmackDown last week due to travel issues, but she made her presence felt on this night… and the self-proclaimed role models probably wish she hadn’t.

Paige appeared on the blue brand via Skype, but she was quickly interrupted by SmackDown Women’s Champion Bayley & Sasha Banks, the same women she promised to confront last week. After Bayley and Banks hurled a ton of disrespect Paige’s way and even mocked her retirement, Paige came back with the news that FOX executives had granted her the right to announce Bayley’s WrestleMania match this year. Paige first announced Bayley’s opponent would be Lacey Evans… and then Dana Brooke… and then Tamina… and then Naomi. This outraged Bayley and Banks, but what sent them over the edge was that Bayley would have one additional opponent that night… Sasha Banks.

SmackDown Tag Team Champions The Miz & John Morrison used another episode of “The Dirt Sheet” to insult seemingly every SmackDown tag team, including Heavy Machinery, their opponents tonight who interrupted the mockery.

Otis & Tucker were rocking and rolling against the SmackDown Tag Team Champions until Dolph Ziggler arrived, goading Otis by showing pictures of him and Mandy Rose having a great time together. Otis froze in place and then went absolutely mad, pummeling Ziggler and attempting to attack him with a steel chair. However, Otis then went after Miz & Morrison in a complete, blind rage. To no avail, Tucker attempted to reign in Otis, who brutalized the SmackDown Tag Team Champions with a steel chair to cause a disqualification. Although Otis was finally calmed (somewhat) by Tucker, the damage was certainly done… and it put a massive look of terror on Ziggler’s face.

Goldberg and Roman Reigns arrived on the blue brand to sign the contract for their Universal Championship Match at WrestleMania 36… and boy, did it get tense.

The two immediately made a statement by each throwing their respective chairs out of the ring and then staring daggers into each other and throwing verbal darts at one another. They each signed on the dotted line… for a WrestleMania clash that will likely be more physical and intense than any we have ever seen. The Universal Champion and The Big Dog went face to face, neither backing down an inch as SmackDown concluded.