With WWE Super ShowDown on the horizon, Goldberg came calling for “The Fiend” Bray Wyatt, and Naomi punched her ticket for a SmackDown Women’s Championship Match with Bayley. 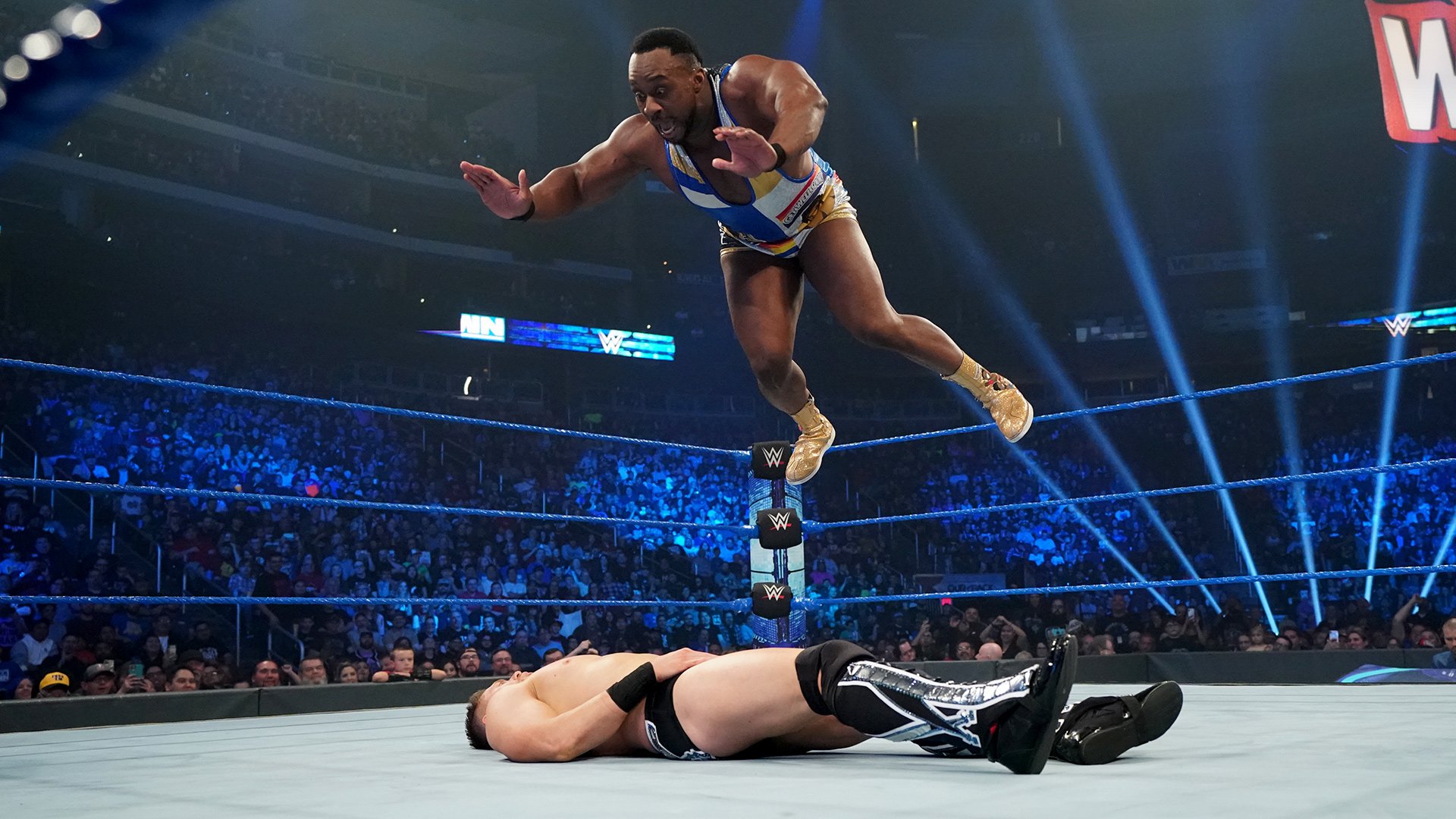 Ahead of The New Day defending their SmackDown Tag Team Titles against The Miz & John Morrison at WWE Super ShowDown this coming Thursday, Kofi Kingston & Big E teamed up with The Usos to take on Miz, Morrison, Dolph Ziggler & Robert Roode tonight.

All eight Superstars mixed it up on the microphone before the match and in the thick of this explosive contest. Big E caught fire late in the bout, planting Miz with a belly-to-belly and a splash and drilling Morrison with a Uranage. Roode nearly turned the tide with a Glorious DDT, but a thunderous Uso superkick to the chin of The Glorious One earned the victory. 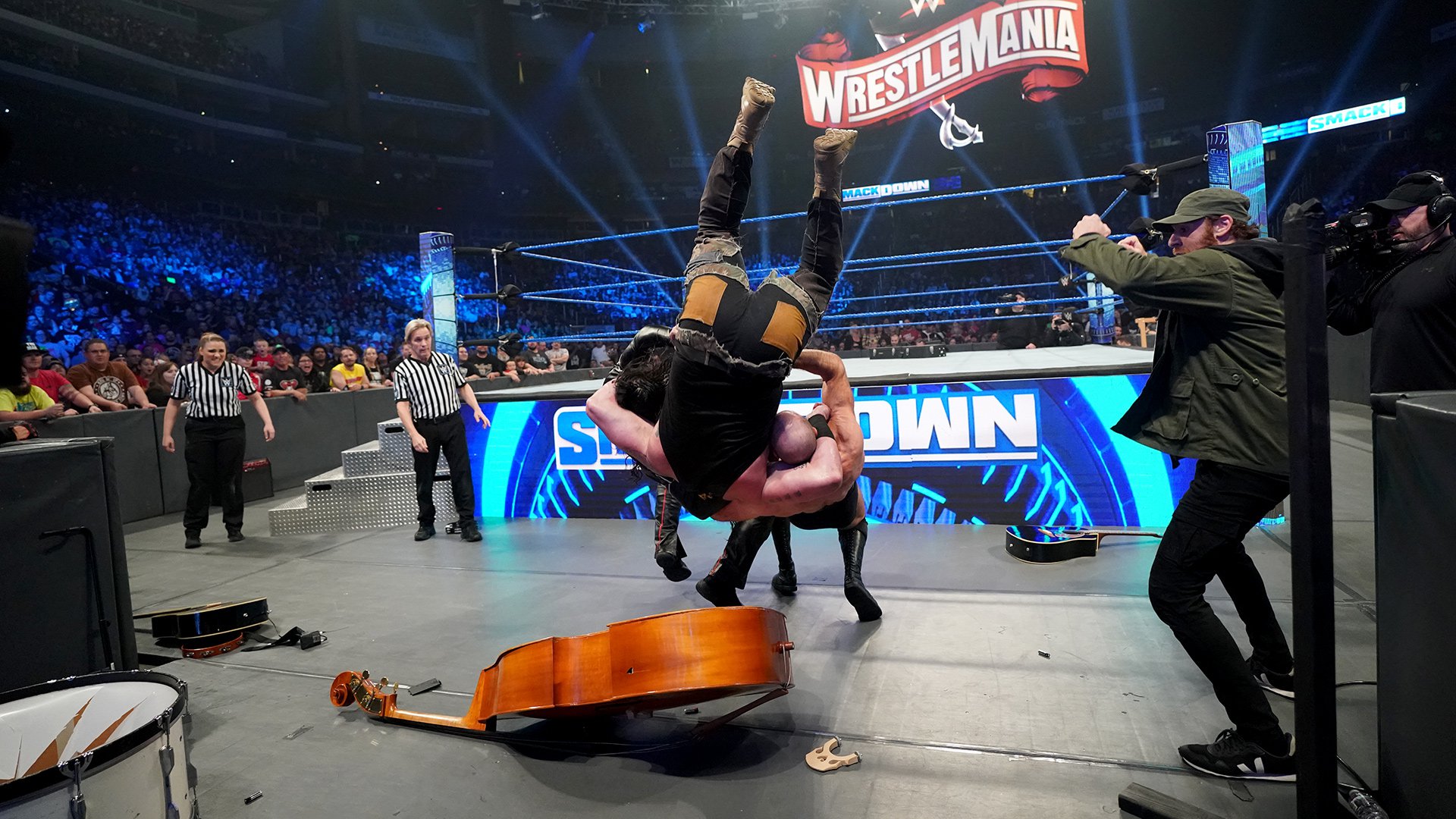 After Sami Zayn and Cesaro’s protest concert went horribly wrong last week due to Intercontinental Champion Braun Strowman & Elias, The Monster Among Men and the songsmith were out for carnage this week in a collision against Cesaro and the returning Shinsuke Nakamura in a Symphony of Destruction Match.

The rules of a Symphony of Destruction Match? Well, essentially very few, but a lot of musical instruments were involved. Chaos was the primary song being played, as the bout saw Elias crash through a table at ringside, Strowman drop Cesaro with a Chokeslam on the apron, and Cesaro & Nakamura suplex Strowman through a stand-up bass. Strowman and Elias closed with authority when Elias drove Cesaro through a table with a top-rope elbow, and Strowman dropped Nakamura with a Running Powerslam atop a piano before getting the pin. 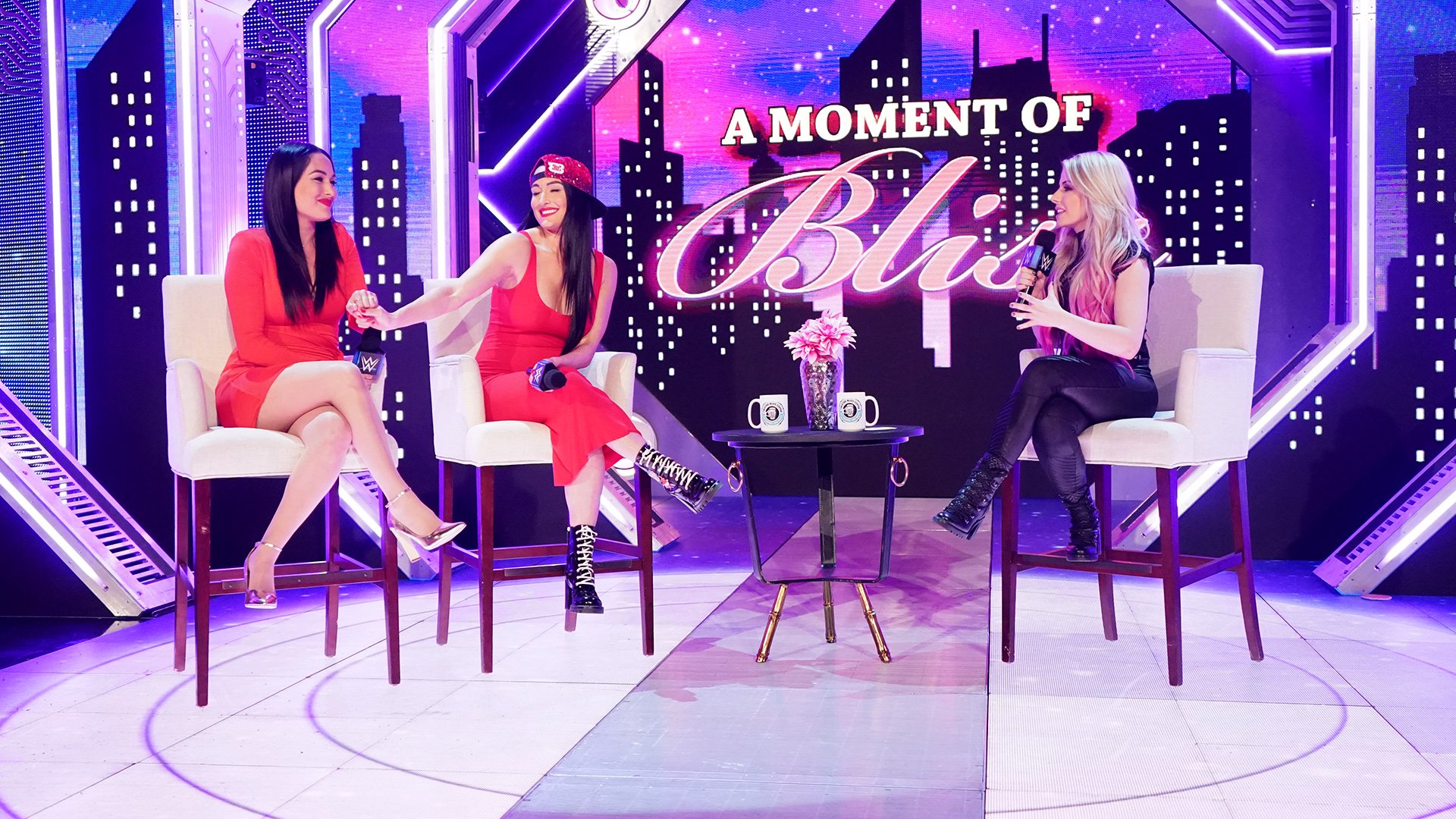 Alexa Bliss opened up another edition of “A Moment of Bliss” by welcoming the newest names announced to be inducted into the WWE Hall of Fame this April during WrestleMania weekend, The Bella Twins.

Nikki & Brie arrived to a massive ovation from the WWE Universe, both overwhelmed with gratitude for the honor. Nikki & Brie, who recently announced that they were both pregnant, thanked the WWE Universe for all their support over the years, and both were beaming over the thought of their induction this April. 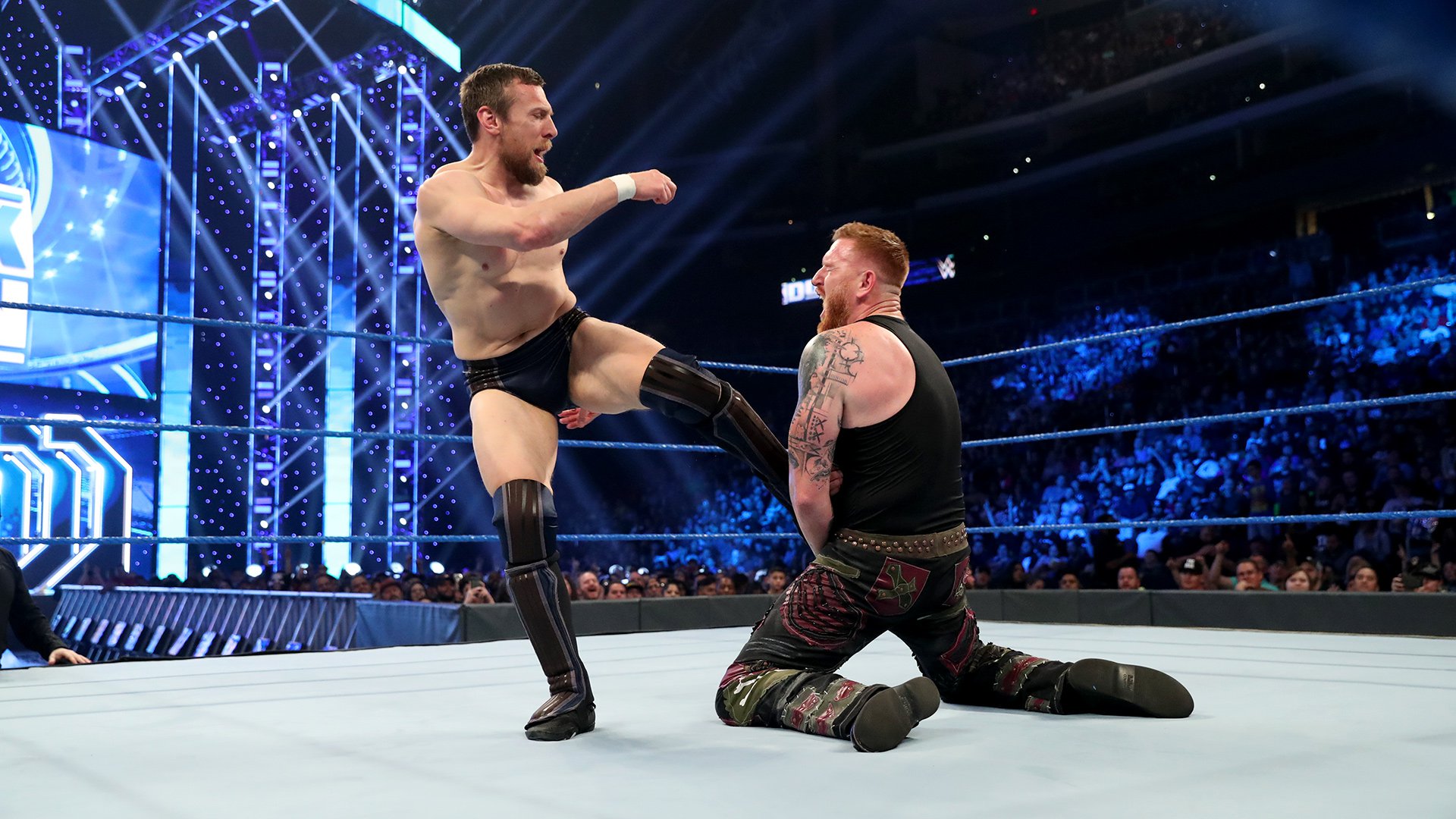 Ever since his Universal Championship loss to “The Fiend” Bray Wyatt, Daniel Bryan has been on edge. And after Drew Gulak offered to show the former WWE Champion a PowerPoint presentation to highlight some of Bryan’s supposed in-ring mistakes, Bryan was ready for a fight against Heath Slater.

Bryan took the fight to Slater in a big way, never relenting and finishing off the former SmackDown Tag Team Champion with the Running Knee for a decisive victory.

Naomi def. Carmella to earn the right to face Bayley for the SmackDown Women’s Championship at WWE Super ShowDown 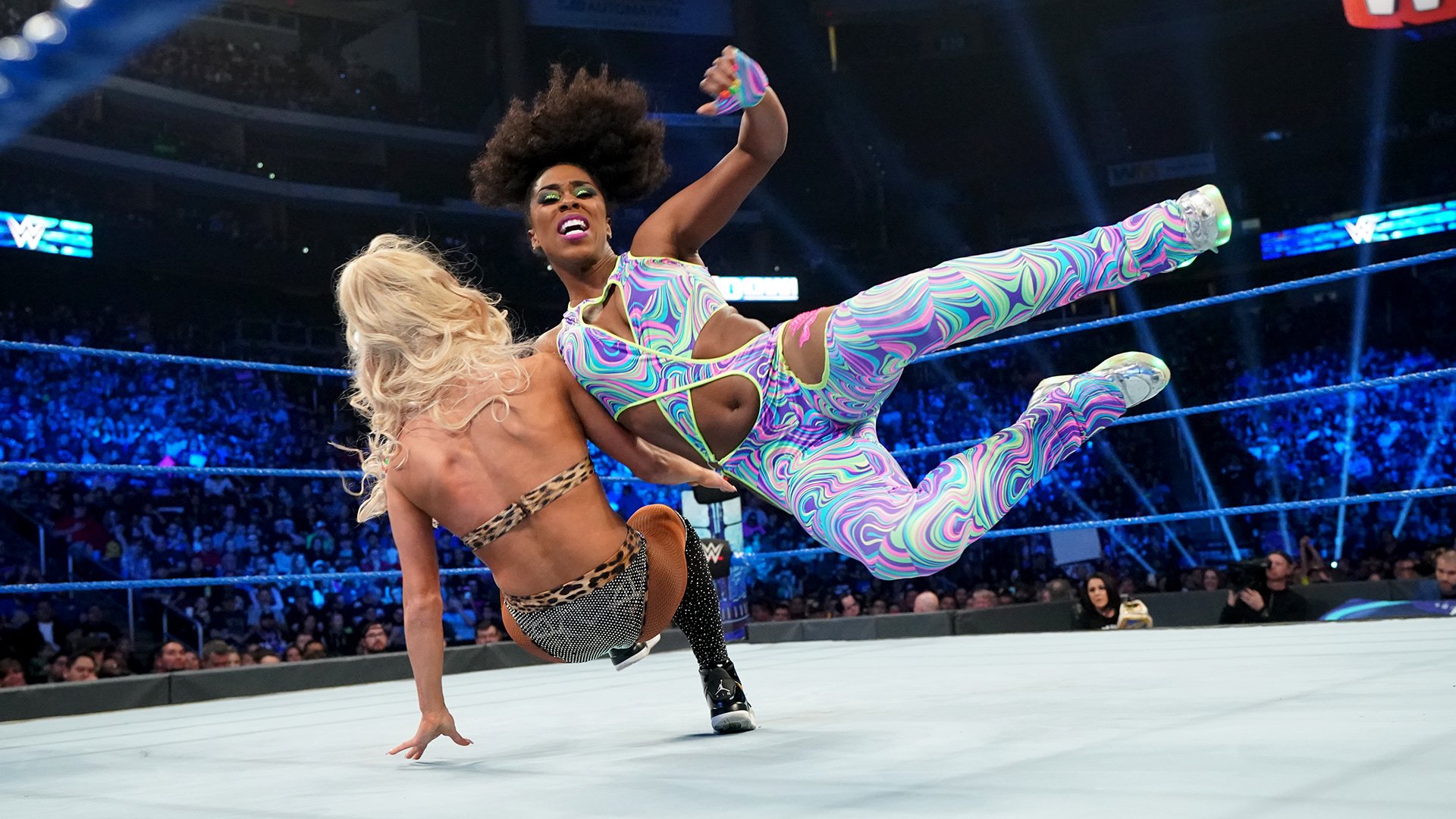 After Carmella controversially lost to SmackDown Women’s Champion Bayley in an instant classic last week, Naomi arrived and, along with Carmella, dropped Bayley. Following last week’s confrontation with the champ, Naomi and Carmella clashed for the right to challenge Bayley for the title at WWE Super ShowDown.

Carmella appeared to be closing in on victory when she trapped Naomi in the Code of Silence, but Naomi somehow dragged herself to the bottom rope to break the hold. Moments later, Princess Mella narrowly kicked out of the Rear View, but Naomi sealed the win and a SmackDown Women’s Title Match with a split-legged moonsault. 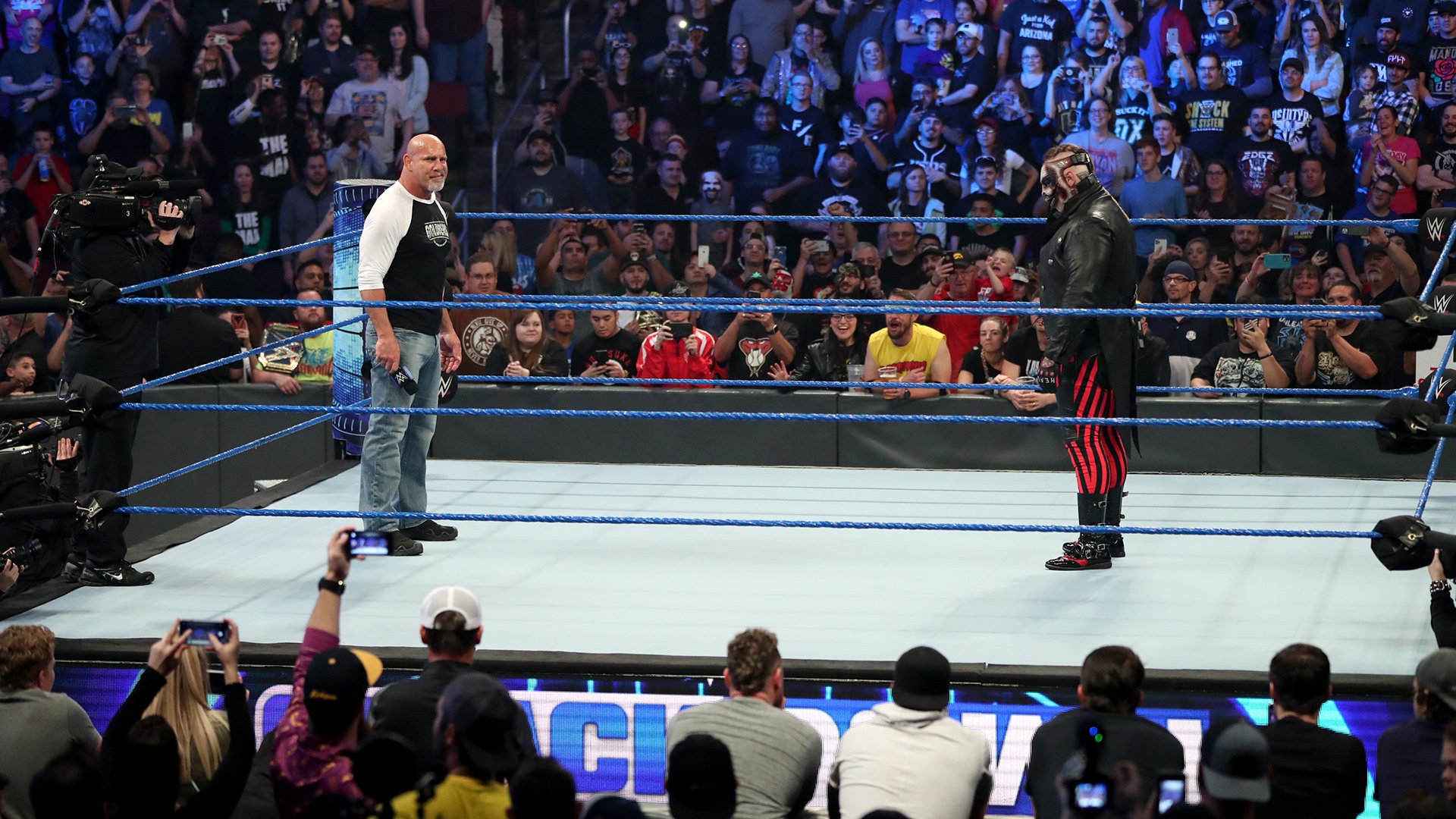 Goldberg was back on the blue brand and with one simple message: “The Fiend” Bray Wyatt was next ahead of their Universal Title battle at WWE Super ShowDown.

However, the WWE Hall of Famer was quickly interrupted by Bray Wyatt from within the Firefly Fun House. Wyatt insisted that Goldberg doesn’t know anything about him, but with that in mind, the champion wanted to get to know Goldberg better. “The Fiend” Bray Wyatt suddenly appeared in the ring, but when the two Superstars charged one another, Goldberg leveled the Universal Champion with a thunderous Spear! After a brief staredown, the arena was again blackened, and Wyatt vanished without a trace.