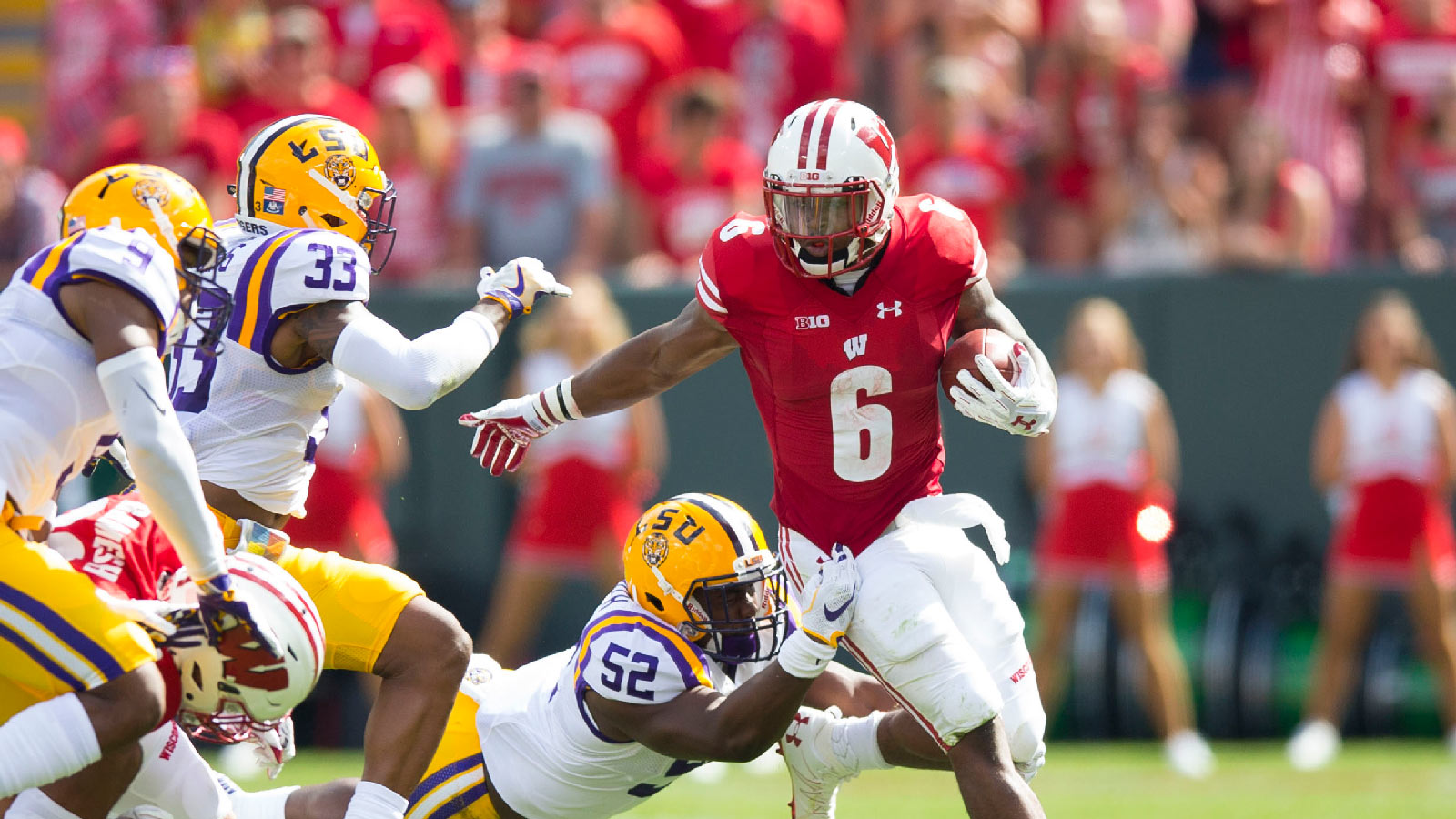 The Badgers staved off the fifth-ranked Tigers’ desperate last-ditch drive for a 16-14 victory Saturday in a game that dealt an early blow to LSU’s national title hopes.

LSU’s frustration was on full display at the end of the game, when Boutte was ejected for a flagrant foul after the vicious blind-side hit on Wisconsin’s D’Cota Dixon. The safety had sealed the win with an interception with 57 seconds left.

"It was honestly unbelievable when I turned around and saw that D’Cota had the ball in his hands," Wisconsin linebacker T.J. Watt said. "A little scuffle broke out from the LSU team. In the end that’s the way they play football and we have our ways to play football."

Dixon picked off Brandon Harris at the Wisconsin 25 and slipped to the ground. A nearby official waved both arms above his head as if signaling the play was over, while Dixon ran off with teammates with his right index finger pointed in the air in celebration.

That’s when Boutte rushed over and leveled Dixon.

Coach Les Miles said he had to review the film, but that it was out of character for his lineman.

Boutte, Miles said, was "not a malicious guy, and I just can’t imagine that he saw him go down and then would’ve made a tackle."

Either way, the play will likely be reviewed for possible discipline.

Heisman Trophy hopeful Leonard Fournette ran for 138 yards on 23 carries but walked gingerly to the sideline after his final carry, a 15-yard run with less than 2 minutes left.

Miles said Fournette would have returned if LSU was able to get the ball back.

Instead, the Tigers will limp home with their first loss in a season opener in Miles’ 12 years as LSU coach. This will surely put Miles back on the hot seat after he was nearly run out of Baton Rouge after a 9-3 season in 2015.

"We knew what was at stake this season. Our goal is to win it all and go undefeated. It’s a hurtful feeling," cornerback Tre’Davious White said.

Gaglianone also hit field goals from 30 and 48 yards in the second quarter. The Badgers held LSU to 2 of 10 on third-down conversions.

"Really proud of them. Far from perfect, but they just kept playing and found a way just to make plays," coach Paul Chryst said.

LSU: The offense sputtered and quarterback Brandon Harris struggled, going 12 of 21 for 131 yards with two interceptions and a score.

"We didn’t move the football like we’re capable of," Miles said.

But Miles’ move to bring former Wisconsin assistant Dave Aranda aboard in the offseason to coordinate the defense paid off. White returned an interception for a touchdown and recovered a fumble that set up LSU’s other score, both in the third quarter.

WISCONSIN: Corey Clement ran for 86 yards and a touchdown on 21 carries. The Badgers defense pitched a shutout well into the third quarter, forcing two fumbles and frustrating Harris. But Wisconsin led just 6-0 at halftime after squandering early scoring chances, including a stop on fourth-and-1 from the LSU 23.

Quarterback Bart Houston, making his first career start, was 19 of 31 for 205 yards with two interceptions.

But in the end, the Badgers celebrated at Lambeau Field, home of the NFL’s Green Bay Packers.

"When you look at the ranking, OK, they’re No. 5. But what are we? And we beat them," Clement said. "It’s just one of those things where you think, `We’re still not getting respect probably.’"

LSU: The Tigers will likely nosedive out of the Top 10 when the next poll comes out Tuesday. While playing at Wisconsin-friendly Lambeau Field isn’t easy, Harris and the offensive line had spotty season debuts. Still, the loss is early enough that the Tigers could find their way back into the national championship race if things break their way in the tough SEC.

WISCONSIN: Welcome back to the Top 25. The win is a huge confidence-builder for a team with a brutal schedule, with games against Michigan State, Michigan and Ohio State all on the slate by Oct. 15.

Wisconsin: The Badgers play their first game at Camp Randall Stadium by hosting Akron on Sept. 10.