Badgers plummet to No. 18 overall in AP Top 25 poll 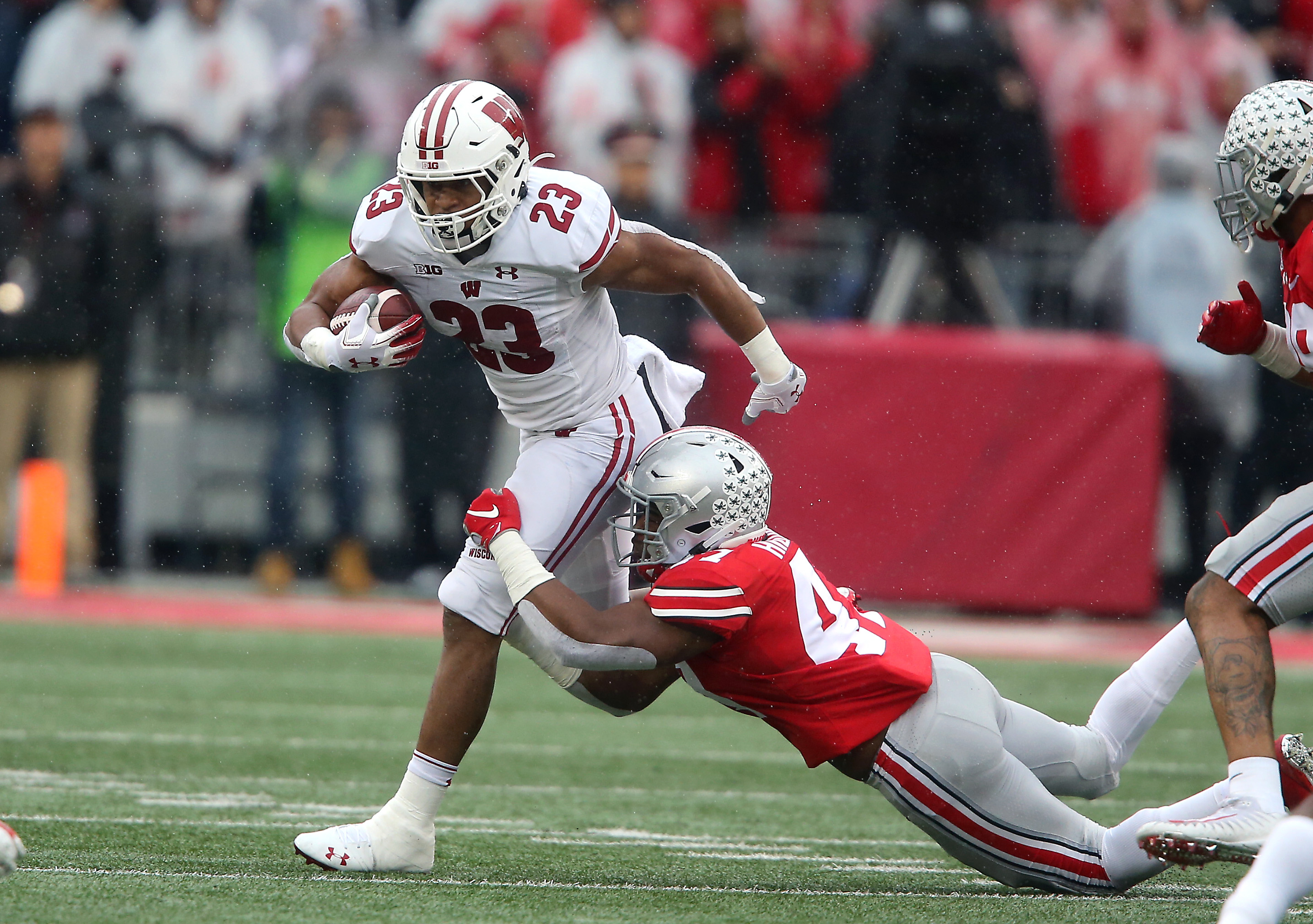 The Wisconsin Badgers continue to plummet down the Associated Press Top 25 poll.

One day after an ugly 38-7 loss in Columbus, Wisconsin dropped five spots to No. 18 overall. Two weeks ago, the Badgers were 6-0 and ranked sixth in the nation. Now at 6-2, Wisconsin is behind Big Ten rivals Ohio State, Penn State, Minnesota and Michigan in the poll.

ELSEWHERE IN THE POLL

The No. 1 vs. No. 2 game between Alabama and LSU in two weeks looks set, though the order of the Crimson Tide and Tigers changed in the AP Top 25 in one of the closet votes ever.

Heading into an off date for both teams, LSU flip-flopped with Alabama to become the new No. 1 in the poll. The Tigers received 1,476 points, two more than Alabama, for the closest margin between 1 and 2 since No. 1 Florida State was two points ahead of Auburn on Oct. 5, 2014.

No. 3 Ohio State was not far behind with 1,468 points. Eight points separating first from third is the fewest in the regular season since Dec. 3, 1979, when No. 1 Ohio State was 10 points ahead of No. 3 Southern California, with Oklahoma in between, two back of the Buckeyes.