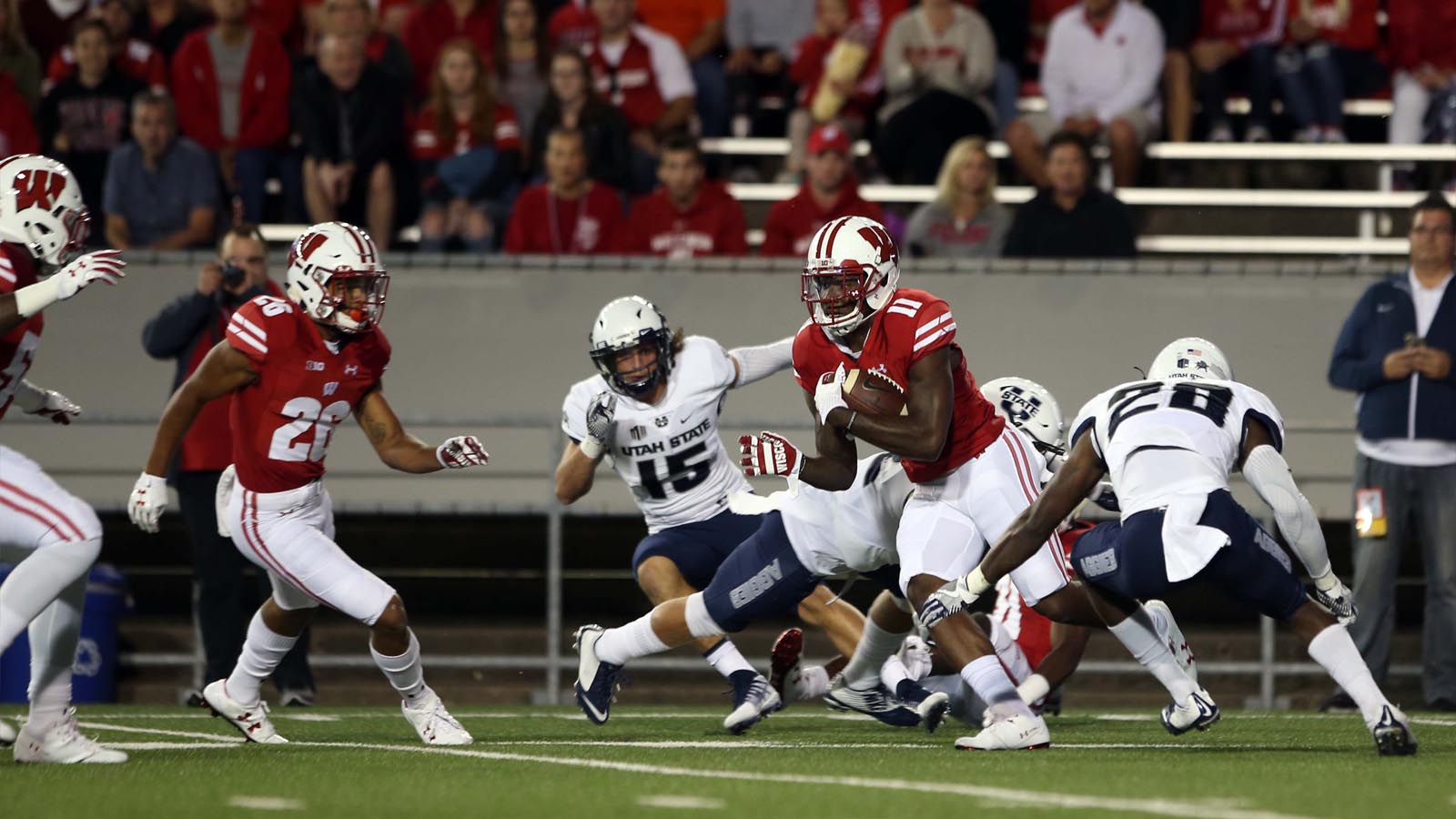 We’re back with another edition looking at the playing time and statistics of the younger players on the roster of the Wisconsin Badgers. If you’re new to this weekly feature, welcome.

To recap last season, only six “true” freshmen played, although three didn’t take the field in the opening game (of course, also keep in mind Wisconsin opened with LSU in 2016 and blew out Utah State this year), as well as 14 redshirt freshmen.

In addition to a host of “true” freshmen who never got in a game, 12 redshirt freshmen didn’t play — of those, five are no longer on Wisconsin’s roster.

Five “true” freshmen saw action for Wisconsin vs. Utah State as well as 15 of 24 redshirt freshmen (not including players out of the season). Of those, Jonathan Taylor’s game stands out.

The freshman running back got off to an ignominious start — dropping a pass on his first chance at a touch. But he more than made up for it.

Taylor woke up the Wisconsin offense on the first play of the second half (his third rush overall), busting loose for 41 yards. Later, he had a great touchdown run in which after being bottled up at the line of scrimmage, he cut back right and outran everyone to the corner of the end zone.

Taylor would finish with 87 yards on nine carries with that one touchdown. But more than that, he excited Badgers fans with what he might have in store for the future.

Here’s the complete rundown from Game 1 vs. Utah State:

Have not played
Griffin Grady, ILB

Dave Heller is the author of Ken Williams: A Slugger in Ruth’s Shadow, Facing Ted Williams – Players From the Golden Age of Baseball Recall the Greatest Hitter Who Ever Lived and As Good As It Got: The 1944 St. Louis Browns