Upon Further Review: Packers offense a no-show in loss to Chargers 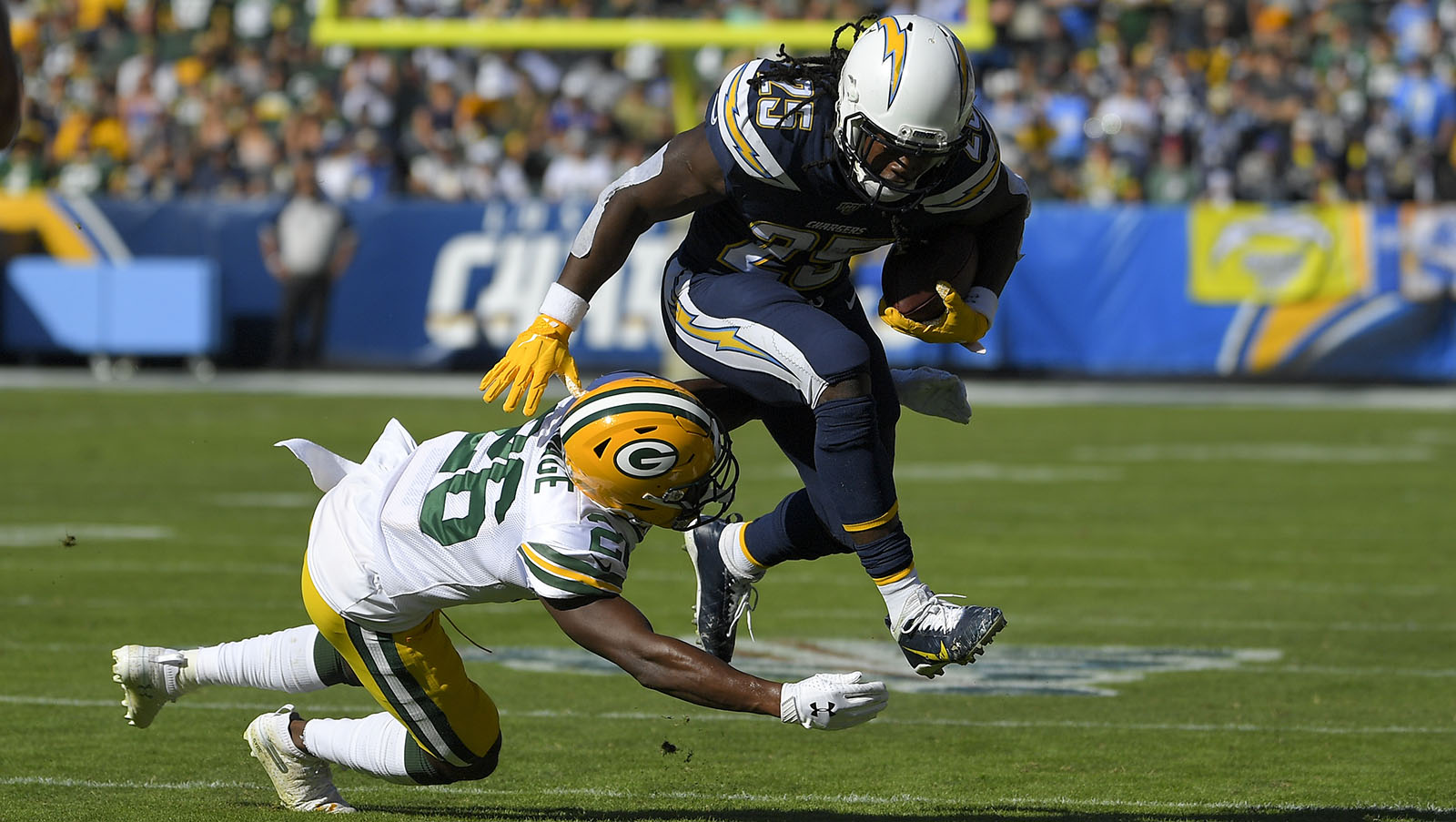 Sometimes, that’s all you can do.

Aaron Rodgers and the Packers didn’t look like themselves Sunday afternoon in California, as the Los Angeles Chargers ran over Green Bay 26-11.

Green Bay looked sluggish from the start and punted on its first five possessions of the day, finally putting points on the board with a 54-yard field goal from Mason Crosby late in the third quarter. The Packers scored their lone touchdown with six minutes to play, but by then the damage had already been done.

Los Angeles punted once. Green Bay’s defense bent but didn’t break in the first half, allowing the Chargers to drive down the field at will but limited them to three field goals. However, the Packers’ defense was one step behind Los Angeles in the second half as Philip Rivers and company put the game away.

On a positive note, Minnesota, Chicago and Detroit all lost Sunday as well. So, the Packers picked a good week to not show up. If Green Bay can bounce back next week against Carolina, one ugly game isn’t cause for concern. But if the Packers play like they did Sunday, we’ll have to have a different conversation.

Woof. No one on offense really stood out. The defense was horrendous in the second half. J.K. Scott punted five times, but even he had one blocked in the third quarter. So … we’ll give a quick nod to running back Jamaal Williams, who caught all six of his targets for 39 yards and Green Bay’s lone touchdown, a 10-yard connection in the fourth quarter. Moving on.

It was hard enough naming a player of the game, so we’ll give this “don’t forget about me” honor to the Packers fans that took over Dignity Health Sports Park. There wasn’t much to cheer about during the game, but there was a loud sea of green and gold in the stands during warmups.

Green Bay was trailing 19-3 early in the fourth when Los Angeles was stopped at the Packers’ 1-yard line on third-and-goal. The Chargers settled for a field goal and a 22-3 lead. Not so fast. Packers cornerback Tony Brown was flagged for jumping offsides, so the ball inched closer to the goal line. Los Angeles decided to go for the touchdown on fourth-and-goal, and Melvin Gordon walked in for another six points and a 26-3 advantage. Ball game.

50 – At halftime, Green Bay had tallied 50 total yards (31 rushing, 19 passing). It marked the second-fewest yards through two quarters in any Rodgers start. Yikes.

“This was a good slice of humble pie for us. We’re kind of rolling, 7-1, and starting to listen to the chatter maybe a little too much.” – quarterback Aaron Rodgers

“Offensively, there was no rhythm whatsoever.” – head coach Matt LaFleur

The Packers have one more game before their bye week — a 3:25 p.m. with Carolina (5-3) Sunday at Lambeau Field. The Panthers are without quarterback Cam Newton — and could be for the rest of the season – but have still managed to win five of their last six games behind the play of Christian McCaffrey, who is averaging 155.5 yards from scrimmage per game.