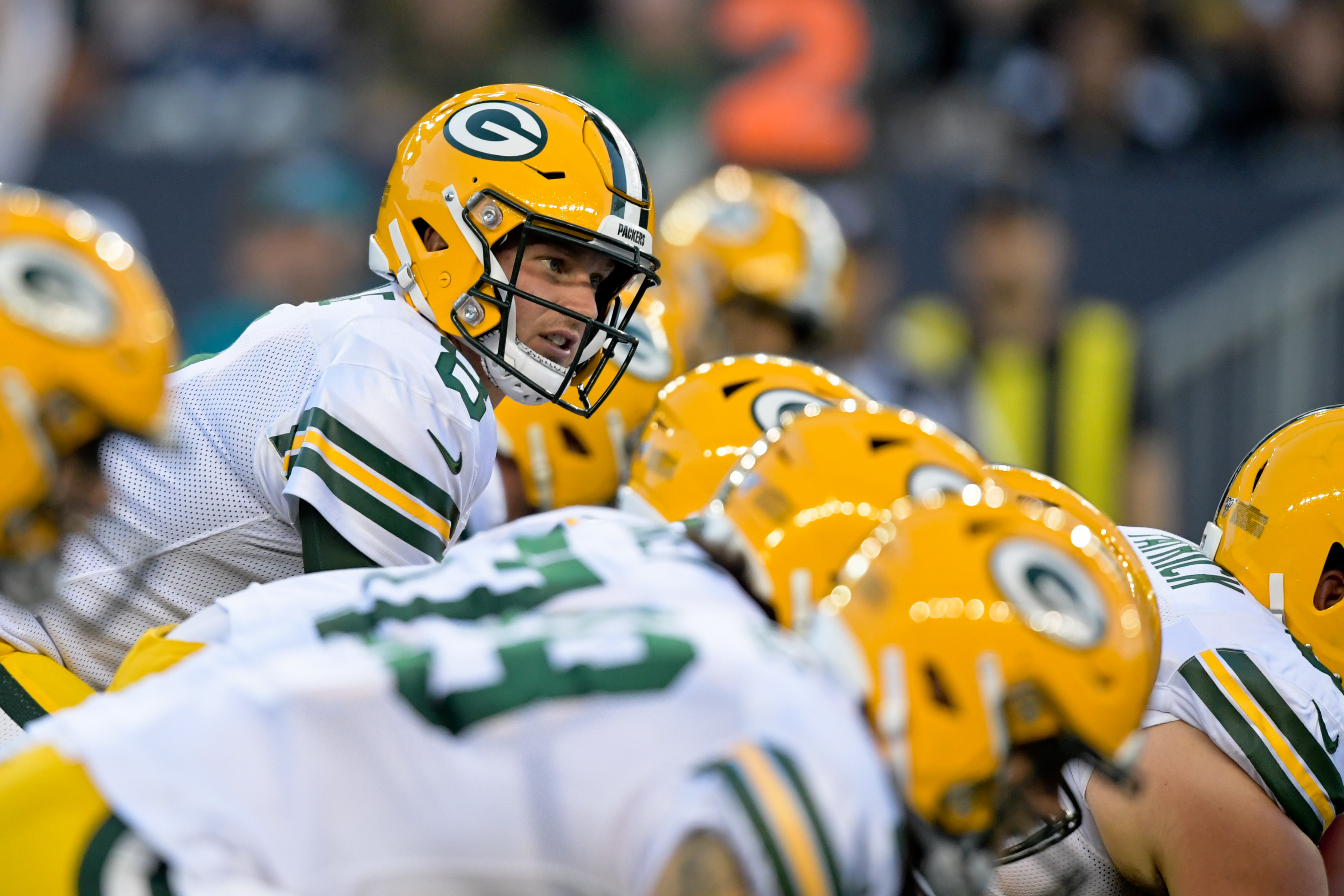 WINNIPEG, Manitoba — Billed as a chance to get Canadian football fans a close-up look at NFL superstars like Aaron Rodgers, Thursday night’s exhibition between the Oakland Raiders and Green Bay Packers sure gave them something they’ve never seen.

Daniel Carson kicked a 33-yard field goal with 8 seconds remaining, and the Oakland Raiders earned a bizarre 22-21 preseason victory over the Green Bay Packers on a field that was shortened to 80 yards over concerns about player safety.

End zones were marked by bright orange pylons at the 10-yard lines and there were no kickoffs. The field was reconfigured because of concerns about the areas where the goal posts for the CFL’s Winnipeg franchise are usually located.

Before warmups, game officials and staff from both clubs were on the field examining the patches of turf that covered the spots where the goal posts for 110-yard CFL games were removed. The goal posts were moved from spots that would have been inside the NFL end zones.

Packers quarterback Tim Boyle said he checked out a turf-covered spot during warmup.

“It was just a little raised,” Boyle said. “But it’s something you don’t really want to play around with, especially guys who, this is their living. This puts food on the table for them, so you don’t want to mess around with injuries.”

“I’m not going to make a big deal about the field,” Gruden said. “We liked the field. We thought the field was perfectly ready to roll. You’ll have to ask Green Bay about that.”

The Raiders decided to move one of their two home exhibition games to Winnipeg in a move that saved them $500,000 in rent at the Oakland Coliseum. The team is planning to move to Las Vegas in 2020.

It was the first NFL game in Canada since the Buffalo Bills faced the Atlanta Falcons in December 2013 to finish a run of eight games in Toronto.

Tim Boyle, Rodgers’ backup, threw a 23-yard touchdown pass to Trevor Davis and a 26-yarder to Jake Kumerow. Tra Carson ran for a touchdown for the Packers, and Green Bay led 21-10 at halftime.

The Raiders’ Nathan Peterman threw two touchdown passes, including a 17-yarder to De’Mornay Pierson-El in the fourth quarter that cut Green Bay’s lead to 21-19. His 2-point conversion attempt was intercepted. Peterman finished 23 of 37 for 210 yards.

Raiders: At Seattle next Thursday night.