Once the Super Bowl ends, the NFL moves onto the next chapter — the NFL draft.

This year’s draft is still a couple of months away (April 26-28), but the college football all-star games (i.e. East-West Shrine Game and Senior Bowl) are behind us, meaning there’s a little more evaluation having been done on players.

There’s more to come of course — the combine (Feb. 28-March 4) and pro days, for example. And, yes, things will change in the next couple of months — there will be players cut to help out salary caps and free agency will plug other holes. But, this feels like a good time to start our recap of mock drafts for the Green Bay Packers.

Since we want the latest information, for this purpose, we used only mocks which came out in the past few days after the Super Bowl. We’ll continue to provide mock draft roundup updates sporadically leading up to the draft.

With a new person in charge of the draft and seemingly a lot of holes to fill, there’s no consensus on which direction the Packers might go in the first round (note: some mocks do go beyond one round). Offense? Defense? It’s all about covered in this first mock check-in.

Here’s the first roundup of mock drafts from around the web:

Todd McShay of ESPN Insider: Marcus Davenport, DE, UTSA. “Davenport was one of the clear winners of the Senior Bowl. Not only were his measurements impressive (6-5 7/8, 259), but he was terrific in practice. He’s still a work in progress and needs more of a variety of pass-rush moves, but he’s already long and powerful. Green Bay needs more difference-makers on defense, and Davenport could be one.”

Nate Davis of USA Today: Derwin James, S, Florida State. “The Packers simply need more defensive play makers, especially behind the line. James didn’t appear to be all the way back last year after injuring his knee in 2016. But when healthy, he can be disruptive in numerous capacities.”

Chris Trapasso of CBSSports.com: Will Hernandez, G, UTEP. “The Packers undoubtedly know the impact quality guards can have on a team, as their offense ran most efficiently when T.J. Lang and Josh Sitton dominated on the interior in Green Bay. Some will see this as a bit early for Hernandez. After the first month of the season, it’ll be obvious why the Packers picked him.”

Eric Galko of The Sporting News: Denzel Ward, CB, Ohio State. “Kevin King is a long-term answer on one side at cornerback, but the Packers still could use another high-end CB, especially with wide receivers in the division posing trouble. Ward is the 2018 draft’s best true cornerback.” 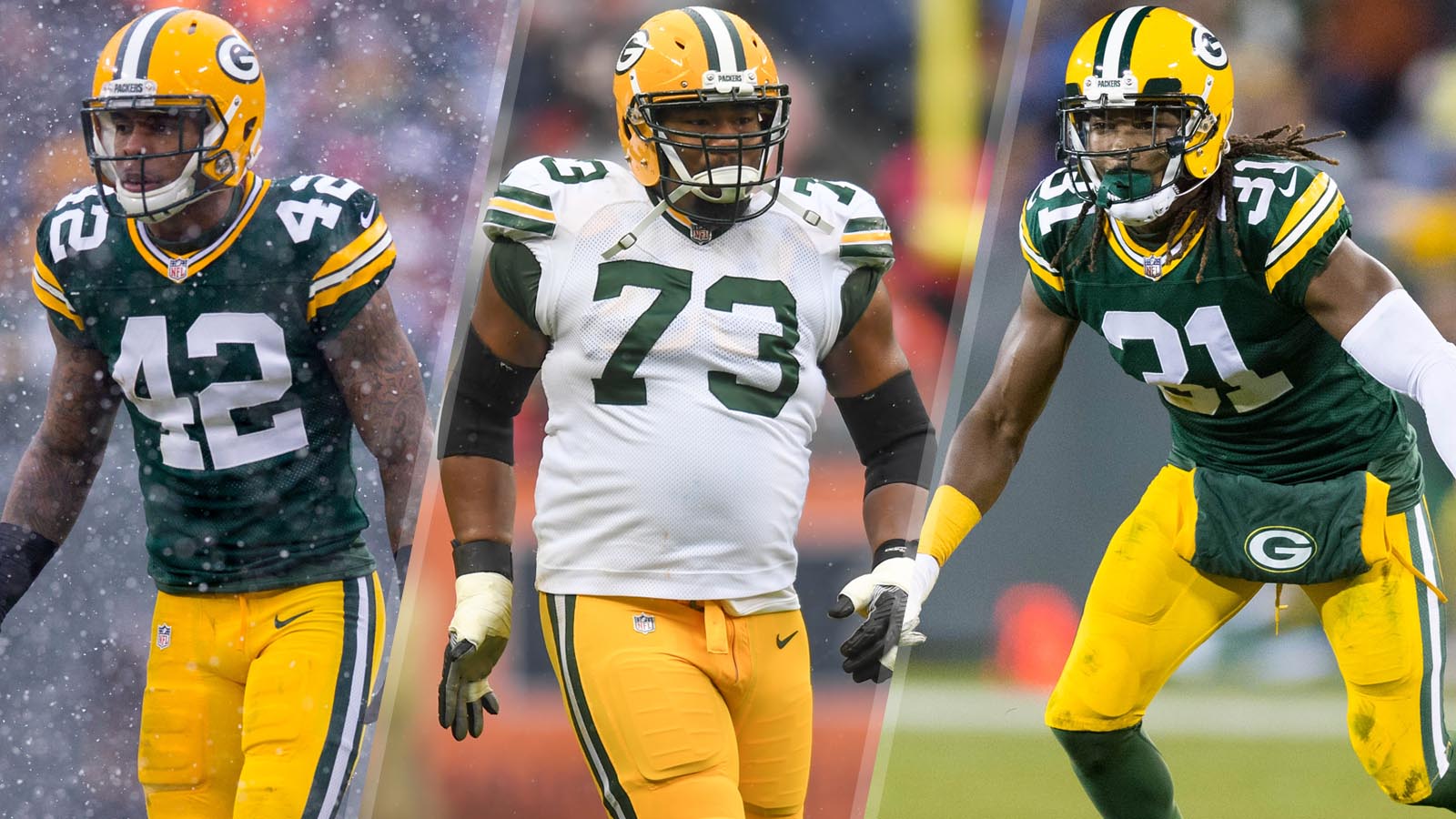 Chad Reuter of NFL.com’s CFB 24/7 (3 rounds): Round 1 — Vita Vea, DT, Washington. “Green Bay needs pass rushers, but Vea can wreak havoc outside and inside, freeing up Clay Matthews and Nick Perry to do their thing.”; Round 2 — Josh Jackson, CB, Iowa; Round 3 — Lorenzo Carter, OLB/DE, Georgia.

Walter Cherepinsky of WalterFootball.com (4 rounds): Round 1 — Tremaine Edmunds, LB, Virginia Tech. “The Packers have needed a stud inside linebacker for a long time. Ted Thompson was always reluctant to use a high resource on one, but perhaps the new general manager will approach the situation differently. Compared to Anthony Barr by some, Tremaine Edmunds is a very athletic linebacker with great instincts.”; Round 2 — Mark Andrews, TE, Oklahoma; Round 3 — Sam Beal, CB, Western Michigan; Round 4 — Martinas Rankin, OT, Mississippi State.

Dan Kadar of SB Nation: Tremaine Edmunds, OLB, Virginia Tech. “Edmunds is one of the youngest players in this year’s draft class, and he’s an athletic linebacker with projectable traits. He’ll need to continue working his pass rush moves, but it in the draft it can be hard to pass up this type of raw potential.”

Connor Riley of SEC Country: Josh Jackson, CB, Iowa. “Secondary is still a huge area of need for the Packers. It’ll either be Jackson or Denzel Ward as the first cornerback taken in the draft.” 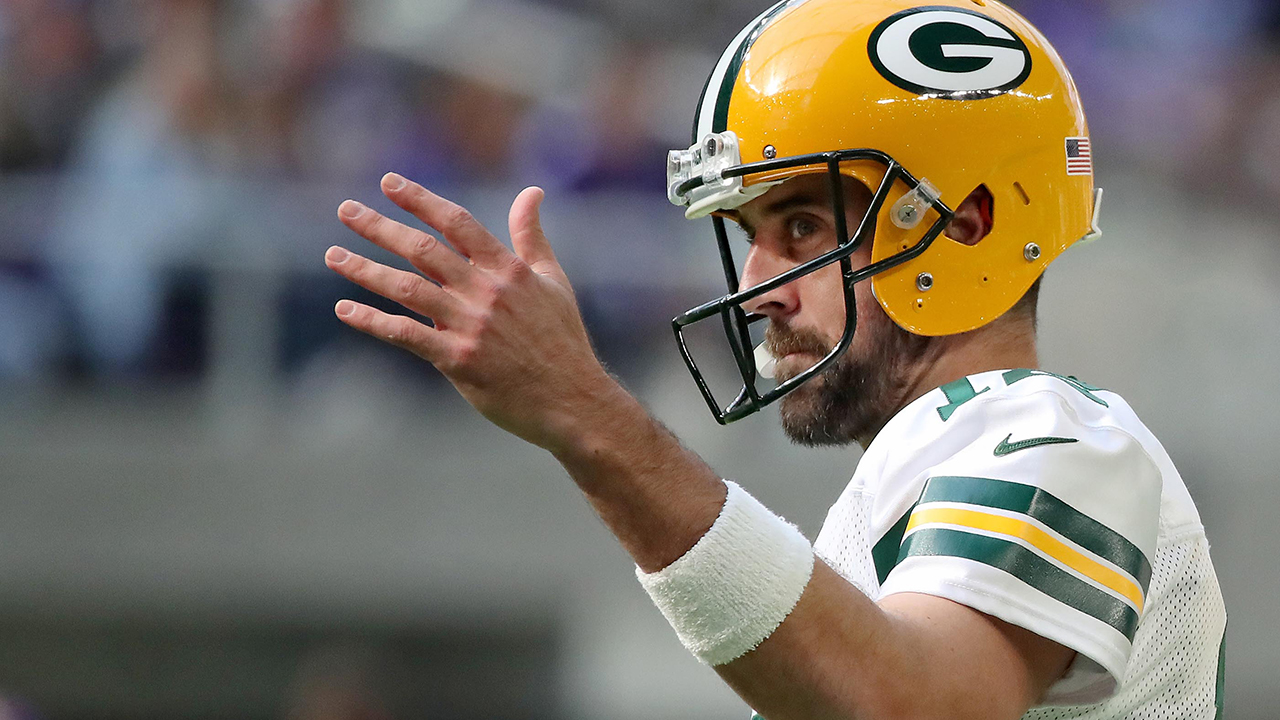 Gallery: 5 questions for the Green Bay Packers in the 2018 offseason

Kyle Crabbs of FanRagSports: Harold Landry, OLB/DE, Boston College. “Green Bay’s pass rush unit simply will not cut it. Clay Matthews has been bounced around from EDGE to ILB and back again, but he’s also not getting any younger. Kyler Fackrell isn’t a starting OLB in the NFL. Harold Landry? That’s more like it! The Packers would certainly welcome that burst to the edge with open arms.”

Mickey McKeon of Mockout: James Washington, WR, Oklahoma State (note: has Packers trading down to No. 17).

Nick Klopsis of Newsday: Arden Key, LB, LSU. “The Packers have a pair of aging pass rushers in Clay Matthews (who will turn 32 in May) and Ahmad Brooks (34 in March). The Packers can save $11.4 million against the cap by cutting Matthews, but even if they keep him, they’ll need to inject some youth at outside linebacker. Arden Key played linebacker in 2017 but has the size (6-6, 265) to play defensive end. Key has immense talent, highlighted by explosiveness off the snap and speed around the edge. However, scouts will look at his off-field history — he wasn’t with the team during spring practice last season for personal reasons.”

Dave Heller is the author of Ken Williams: A Slugger in Ruth’s Shadow, Facing Ted Williams – Players From the Golden Age of Baseball Recall the Greatest Hitter Who Ever Lived and As Good As It Got: The 1944 St. Louis Browns