So after a 6-9-1 campaign a season ago, the Packers unloaded the coaching staff, reshuffled the roster and retooled for what they hope will be a return to glory in 2019.

Coach Mike McCarthy is gone. Now, 39-year-old Matt LaFleur must restore a franchise while learning how to be an NFL head coach and growing a relationship with his 35-year-old, two-time MVP quarterback.

“It’s been great,” Aaron Rodgers said of his relationship with LaFleur, who was the Titans’ offensive coordinator last season. “Because I know who the boss is — him.”

After an injury-shortened 2017, Rodgers threw only two interceptions and compiled the second-most passing yards of his 11 years as a starter in 2018. But his 25 touchdown passes were the fewest of his career when he’s played all 16 games. That total was due in part to wide receiver Randall Cobb, now with Dallas, being sidelined for a large part of the schedule with a hamstring injury.

With Cobb gone and Jordy Nelson, who retired as a Packer earlier this month, on his family’s farm in Kansas, Davante Adams is Rodgers’ favorite target and the undisputed leader in the receivers’ room. The sixth-year veteran looks to have his third straight Pro Bowl-caliber season after hauling in career highs in receptions (111), receiving yards (1,386) and receiving touchdowns (13) a season ago.

“I feel like I’ve always been a leader,” he said. “Obviously you come in and you’re not as vocal when you’re a younger player just because that’s just how it goes. You’re a small fish in a big pond again and you want to let guys like Jordy, Randall, James Jones, those type of guys, take the brunt of the leadership role and don’t step on any toes.

“But now obviously I’m the clear-cut oldest guy in the room. It’s just natural, and these guys definitely look up to me and they value my opinion on different things. So I try to lead by example first and foremost, and if they need that vocal leadership, then that’s when I’ll step in with that.”

Some other things to watch as the Packers try to avoid missing the playoffs for the third straight season:

“I think those guys, they’re starting to understand their roles and we’re going to use all those guys that are on this roster,” LaFleur said. “A lot of guys will get a lot of minutes, or a lot of plays, and I’m excited for them. I think it is still a relatively young group, but I think we have some talented players there.”

NO TIME TO WAIT

Rookie first-round draft picks Rashan Gary and Darnell Savage are both expected to play major roles in defensive coordinator Mike Pettine’s schemes. When healthy, Savage, a 5-foot-11, 198-pound safety out of Maryland, got most of the first-team reps in the defensive backfield during training camp alongside new addition Adrian Amos. Savage missed some time in camp due to having his wisdom teeth removed.

The Packers drafted Gary with the 12th overall pick. The 6-foot-5, 277-pound outside linebacker out of Michigan will bolster Green Bay’s pass rush along with fellow outside linebackers Za’Darius Smith and Preston Smith. The Packers acquired the Smiths in March in free agency. 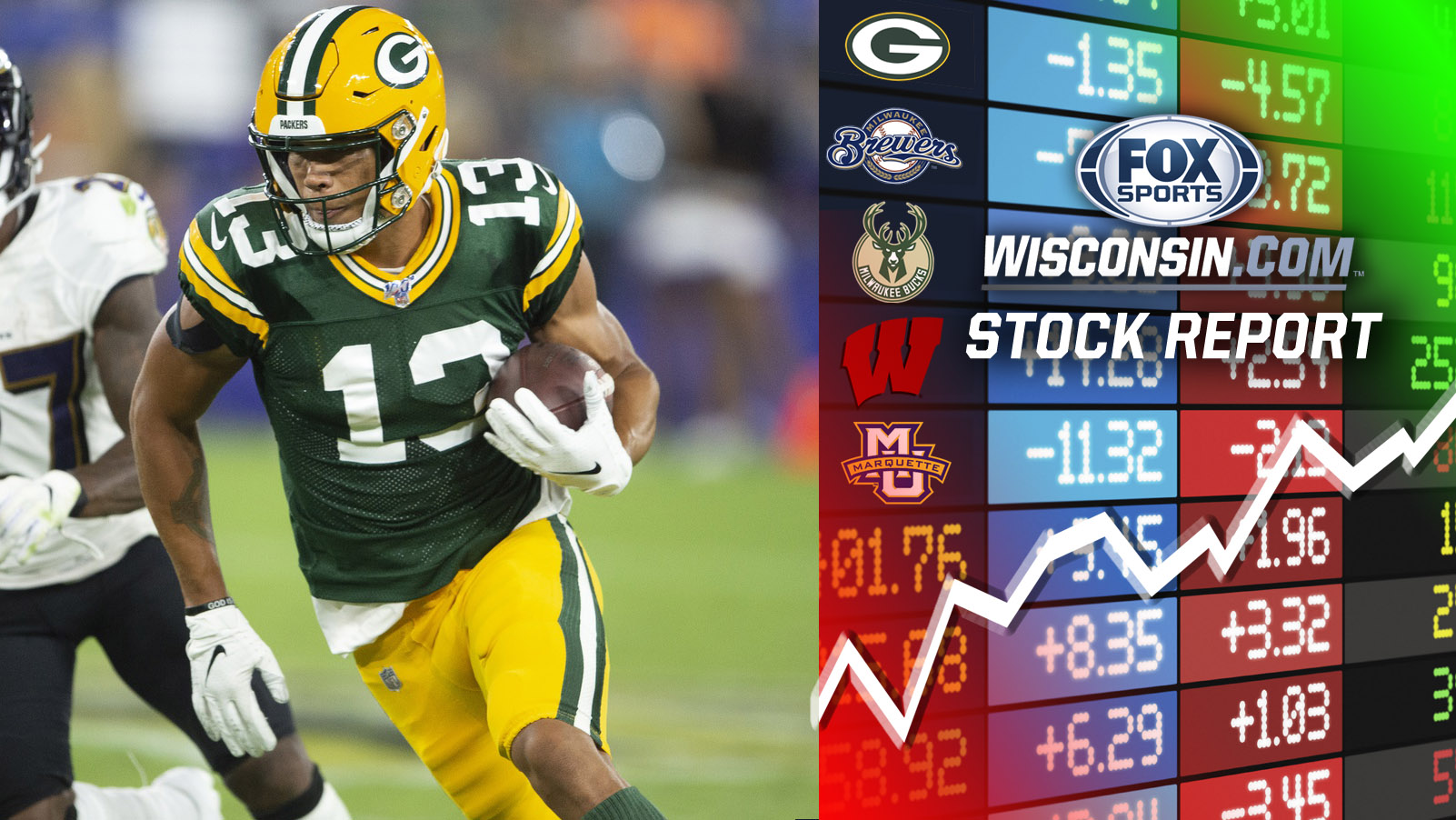 Gallery: Packers WR Lazard making name for himself during preseason

Inside linebacker Blake Martinez has solidified himself as the go-to man in the middle of the defense. Martinez enters his fourth year after starting every game for the Packers each of the last two seasons.

“They’re in their second year with coach Pettine,” Rodgers said of the defense. “I think Blake is very comfortable as kind of the quarterback of the defense. We’ve brought in a lot of maturity in that group. … It’s just a different feel on that side of the ball. I feel like there’s a little more juice.”

NO SLEEPING ON JONES

Aaron Jones provided evidence last season he has the tools to be Green Bay’s running back of the present and future. With new offensive coordinator Nathaniel Hackett and a new offensive-minded head coach, Jones is in position to build on the success he had in his second year.

“I feel like I’m slept on a little bit, but I’ve been an underdog my whole life,” he said. “I’m ready to show it. I’m excited about this year.”

General manager Brian Gutekunst has maintained that he’s “not too concerned” with cornerback Kevin King’s hamstring injury, but the injury forced King to miss a large chunk of training camp. The 33rd overall pick in the 2017 draft has played in only 15 games his first two seasons, mostly due to shoulder and hamstring injuries. He finished last season on injured reserve with a hamstring issue.

Fantasy Players to Watch: Adams and RB Aaron Jones. Adams will again be Rodgers’ top target and is expected to have third straight Pro Bowl-caliber season. Jones, who feels “slept on,” says he has a lot to prove this year. His numbers jumped in second season; expect another massive statistical leap in 2019.

Expectations: Six wins are unacceptable in Green Bay. Moves by GM Brian Gutekunst have made defense look bigger, faster and stronger. Offensively, as long as Rodgers is healthy and under center, Packers’ expectations will be and should be high. Green Bay has missed playoffs in each of last two seasons. Chances there will be playoff-less third straight campaign are unlikely.