Rodgers, Packers look to keep things rolling in the cold

GREEN BAY, Wis. — The Washington Redskins this week prepared to face Aaron Rodgers by having backup quarterback Case Keenum try to do his best imitation of the two-time MVP in practice. Even mimicking the voice inflections and cadences Rodgers often uses to draw opposing defenders offside and earn free plays.

“We try to mirror that,” interim coach Bill Callahan said.

The Redskins (3-9) look to extend their winning streak to three games Sunday when they face Rodgers and the Packers (9-3) in their first-ever December trip to Lambeau Field, a place Rodgers has been absolutely dominant over his career.

Rodgers has been especially good in the cold. He has a career passer rating of 111.2 in regular-season home games in December and January, ranking No. 1 in NFL history (minimum 200 pass attempts).

“The cold is a factor,” he said. “It’s not like we’re a bunch of Wisconsin folks who were raised here, but I think you just learn to deal with the elements a little bit better. You’re spending eight months a year here. When I go back to California, I laugh at all the Californians wearing long sleeves and coats in 60-degree weather. I’m thinking, ‘Man, this is short weather, short sleeves, you know? Get the Speedo out or something, baby.'”

The forecast in Green Bay on Sunday says it will be cloudy with a high around 40 degrees, which shouldn’t be an issue for Washington rookie quarterback Dwayne Haskins, a New Jersey native.

“Having played in the Big Ten, I’ve played some cold games,” said Haskins, who will make his fifth career start. “Try to stay as warm as possible — hand warmers, turtlenecks, soup, chicken broth. All of that.”

PEP IN THEIR STEP

Because they play in the terrible NFC East, the Redskins are somehow both technically still alive for a playoff berth — spoiler: that’s not happening — and in line for the No. 3 overall pick in the NFL draft.

“Winning some games definitely brings some energy and it makes everyone have a little more pep in their step,” Haskins said. “We want to continue to win and we’re working hard to figure it out.”

Packers outside linebacker Preston Smith was drafted by Washington in 2015 and played his first four seasons there, averaging about six sacks per game. This season, after joining Green Bay in free agency, Smith leads the Packers with 10 1/2 sacks.

“He’s had tremendous impact, obviously,” coach Matt LaFleur said of Smith. “You’re talking about a guy that’s got over 10 sacks, and just not only from his play, but from a leadership standpoint as well, I think he’s done a great job. He is one of the leaders on this football team, definitely holds himself to a high standard and those around him to it as well.” 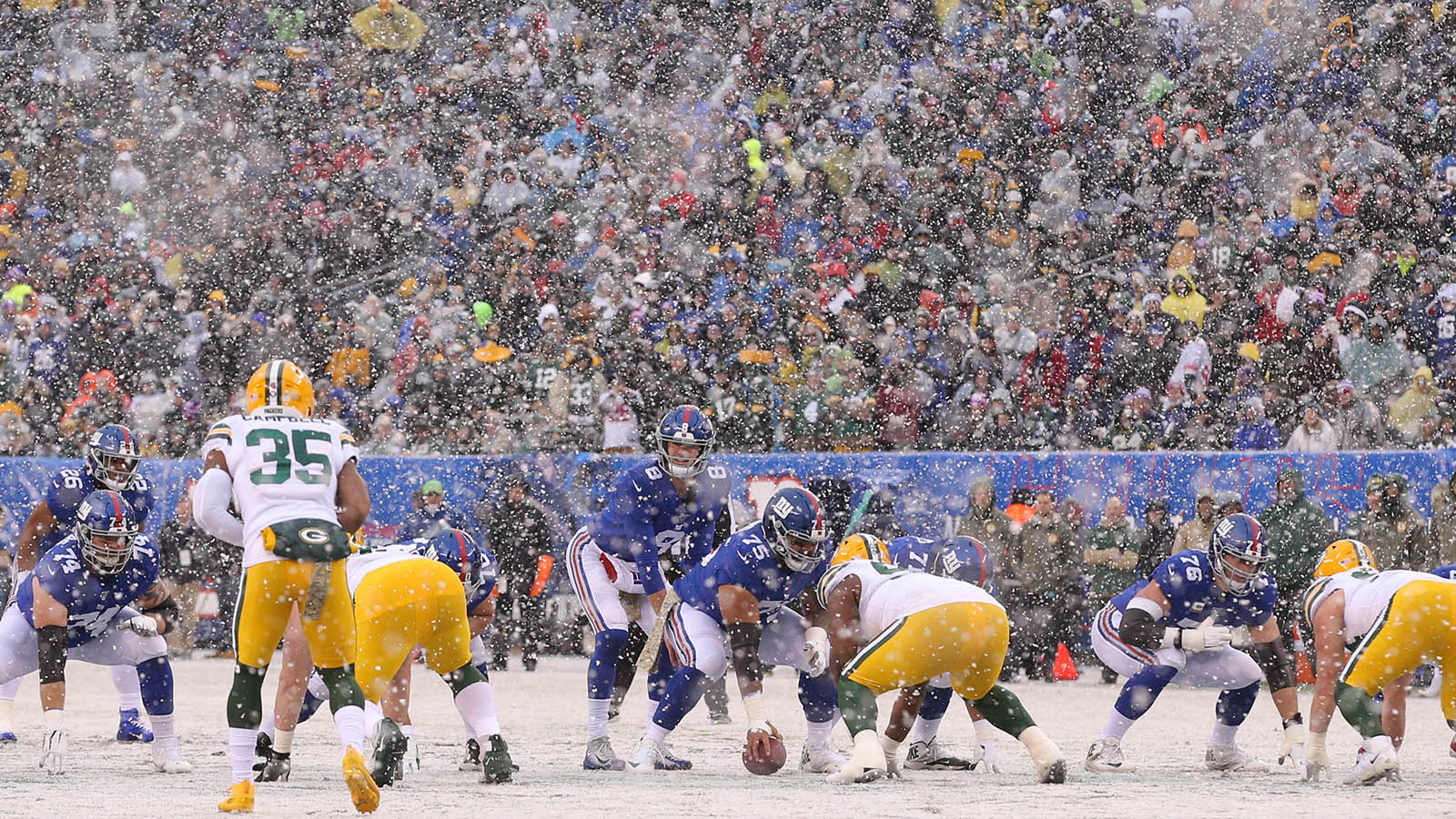 Adrian Peterson is moving up the NFL’s career rushing chart, now just 40 yards from becoming the sixth player in league history to reach 14,000. Derrius Guice is at the opposite end of his career, getting his first 100-yard game and first rushing touchdown — two, actually — last week. They give the Redskins quite a “two-headed monster” in the backfield, as Guice put it after he ran for 129 yards on only 10 carries and Peterson gained 99 against Carolina in Week 13.

With Haskins still learning his way, Callahan is happy to emphasize the run, and so Washington could seek to do more of the same against Green Bay, which ranks 25th in the 32-team league, allowing opponents to run for an average of 123 yards each game.

“They’re both consistent, durable, tough, powerful-type runners,” Callahan said about Peterson, who is 34, and Guice, 22, “but elusive enough where they can make people miss and also capable springing off explosive runs.”

It is both a measure of how good punter Tress Way has been and just how bad the Redskins are that he might very well be their MVP this season.

Way’s 49.9 yards per punt lead the NFL by nearly two full yards; for comparison’s sake, Green Bay’s JK Scott is averaging 45. Way also ranks No. 1 in the league this season with a 44.4 net average. He was chosen for NFC special teams player of the week honors after dropping a pair of punts inside the 20-yard line while also kicking a season-best 79-yarder in Washington’s 29-21 victory at Carolina last Sunday.

Green Bay’s Davante Adams scored a season-high two touchdowns last week in his fourth game back from a turf toe injury. The two-time Pro Bowl receiver now has three scores in the last two games after being held out of the end zone in his first six games this season.

“It’s been good to find the end zone a couple times the past few weeks,” Adams said. “But at the end of the day, I try to get in the end zone to help the team win. If I score one touchdown or two or zero, I’m not really worried about it. I would love to get in the end zone, obviously, but it’s about that ultimate team goal to get the W. So if other guys are getting in and we’re putting points on the board, that’s all that matters.”

Since 2016, Adams ranks in the top five among active players in touchdown receptions at home with 16.