As long as they’ve had Aaron Rodgers at the helm, the Green Bay Packers have largely used the top of the draft for help on defense.

This might be the year for the Packers to shift priorities, with one of the NFL’s all-time great quarterbacks now at age 35. Coming off a second straight absence from the playoffs, the pressure has been put on new coach Matt LaFleur to use his strategic acumen for a boost for the offense.

While finishing 6-9-1 in 2018, the Packers were 15th in the league in points, 12th in yards, 23rd in third down conversions and 13th in percentage of touchdowns scored on possessions inside the 20-yard line.

In 2016, the previous season when Rodgers played in all 16 games, the Packers ranked fourth, eighth, second and 10th in those categories, respectively.

Sure, the Packers could use a starting safety next to newcomer Adrian Amos, but is that more important than a top-flight tight end to boost the passing game?

What about at wide receiver, with the departure of seasoned slot man Randall Cobb removing an underneath complement to Davante Adams?

While Aaron Jones and Jamaal Williams have shown promise at running back, but are they both durable and dynamic enough to be the one-two punch for the type of offenses that LaFleur has often had?

Remember, the Packers swiftly signed three starters for their defense in free agency last month: defensive end Za’Darius Smith, linebacker Preston Smith and Amos. They also devoted all of their picks of the first three rounds in the past two drafts to defense, highlighted by cornerback Jaire Alexander last year.

So with four of the top 75 selections next week, general manager John Gutekunst and the Packers will have plenty of opportunities to prop up the offense.

“There isn’t a grace period. This isn’t like other transitions where you maybe give a pass for the first year or two as you get acclimated to the system,” Rodgers told reporters last week as players began offseason workouts.

“We have a veteran quarterback, veteran offensive linemen. We signed some big free agents for us, especially three on defense. There’s an expectation living and playing here that you’re going to compete for championships.”

Here are some other key angles to follow during the draft next week for the Packers:

The Packers have the 12th overall pick, their highest in 10 years since they made defensive tackle B.J. Raji the ninth selection. They also own the 30th overall pick, which came by a trade from New Orleans in the previous draft.

The Packers started at No. 14 and moved down to No. 27 by netting two extra selections from the Saints. Then they moved back up to No. 18 to take Alexander in a swap with Seattle that sent three picks to the Seahawks and brought two back.

With Alexander, cornerback Kevin King (2017) and defensive tackle Kenny Clark (2016) the most recent examples, the Packers have used their first picks on defense in seven straight drafts. The only offensive player taken in one of the first three rounds in the past three years was tackle Jason Spriggs, the second-round selection in 2016 from Indiana.

The Packers have not taken an offensive skill position player in the first round since Rodgers fell to them at No. 24 in 2005, giving them three years to groom him under Brett Favre until he took the job in 2008. They’ve only taken three offensive players with their first picks at all since then.

Wide receiver Jordy Nelson went in the second round in 2008, when they traded their first-rounder to move down for extra picks. Tackles Bryan Bulaga (2010) and Derek Sherrod (2011) went in the first round. 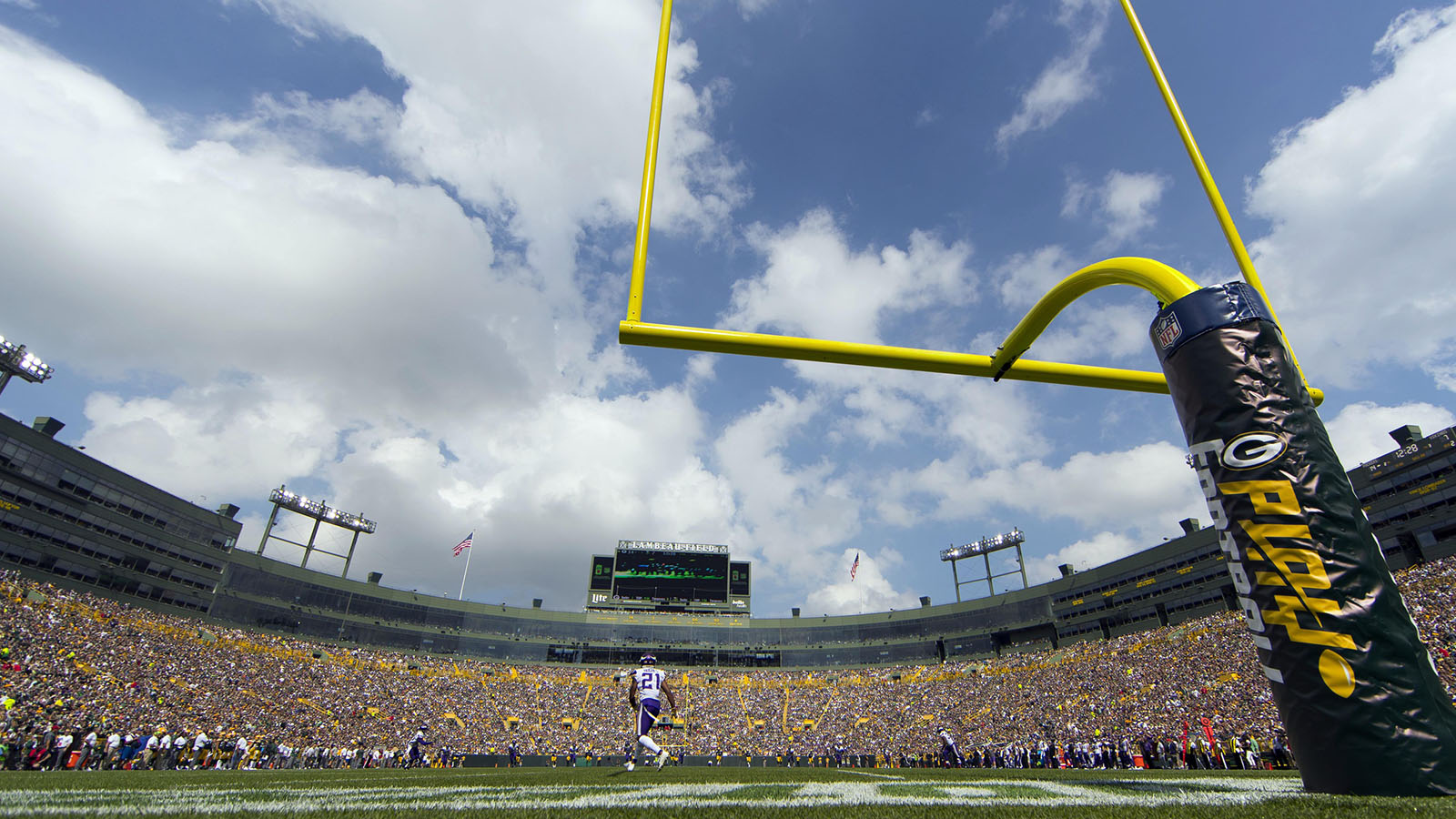 Though Jimmy Graham and Marcedes Lewis have returned, one of the Iowa tight ends would be tough to pass up with two picks in the first round. Both T.J. Hockenson and Noah Fant are projected as first-rounders. With Bulaga, defensive tackle Mike Daniels (2012), cornerback Micah Hyde (2013) and cornerback Josh Jackson (2018), the Packers have a history of Hawkeyes players.

Gutekunst can’t neglect the offensive line, despite the presence of All-Pro left tackle David Bakhtiari and free agent signing Billy Turner, who could start at either guard spot or even right tackle, where Bryan Bulaga has entered the final year of his contract. Alabama’s Jonah Williams is among the top-rated tackles likely to be available at No. 12.

LAST SEASON: QB Aaron Rodgers directed stunning rally from 20-point deficit to beat rival Bears in opener after leaving game with left knee injury. That was highlight of season of disappointment and dysfunction for Packers that triggered firing of coach Mike McCarthy in December. Rodgers was banged-up all year, finishing with 25 TD passes, career low for season in which he played 15 or 16 games. He struggled to connect with rookie WRs forced by injuries into larger roles. Defense began to show some promise under new coordinator Mike Pettine but still ranked 22nd in league in points and 18th in yards allowed.

OUTLOOK: Perhaps it’s a year or two too early to ponder successor for Rodgers in middle rounds, but GM Brian Gutekunst, who ran draft for first time last year, could be proactive at other positions such as DE or DT, That prospect pool is deep despite strong front in Green Bay with Kenny Clark, Mike Daniels and Za’Darius Smith. Safety spot next to Amos is open, biggest need on defense that got team’s first three picks in each of last two drafts. Though Gutekunst used three third-day picks on WRs last year, Randall Cobb’s departure left big hole in slot. Though Jimmy Graham and Marcedes Lewis return, dynamic TE would give passing game a big lift.