Meet the 2019 Packers: Fun facts about your favorite players

Football is back — or at least preseason games. With that comes the inundation of statistics — who ran for how many yards, in what round was player drafted, what were a player’s stats in college and so on.

Since you’ll be getting enough football stats about the Green Bay Packers to fill any void you might have, we thought we’d take a look at the lighter side of things.

We scoured through the Packers media guide and came up with some different and interesting facts about a number of players. While your friends are dishing out Aaron Rodgers‘ passing yards, you can enlighten them on which player’s mom dunked in college, who is a cousin of Donovan McNabb, which player has experience selling commercial real estate and much more.

Read on, enjoy and be prepared to dazzle your buddies with your inside knowledge of Packers players.

Davante Adams: Only player in the NFL with 70+ receptions and 10+ touchdown catches in each of the least three seasons.

Hunter Bradley: His father, Mike, was a long snapper at Delta State University.

Tony Brown: His mother, Tammy Walker-Brown, played basketball at Texas Tech and could dunk, earning her the nickname “Skywalker.” Tammy also played football (defensive back) for the Houston Energy of the Women’s Professional Football League.

Oren Burks: Only second Vanderbilt linebacker to be drafted. The other was Hunter Hillenmeyer in the fifth round in 2003.

Rashan Gary: Has his own agency, Rashan Gary Sports, that specializes in athlete and brand representation and management.

Jimmy Graham: Played basketball four years at Miami, appearing in 120 games with 40 starts. Finished time with Hurricanes as the school’s No. 8 all-time shot blocker (with 104).

Raven Greene: Had a school-record 14 interceptions at James Madison.

Josh Jackson: Was one of four rookie cornerbacks in 2018 to play in all 16 games.

Aaron Jones: Both of his parents are retired sergeant majors in the U.S. Army.

Kingsley Keke: Attended school in Nigeria as a fifth grader. 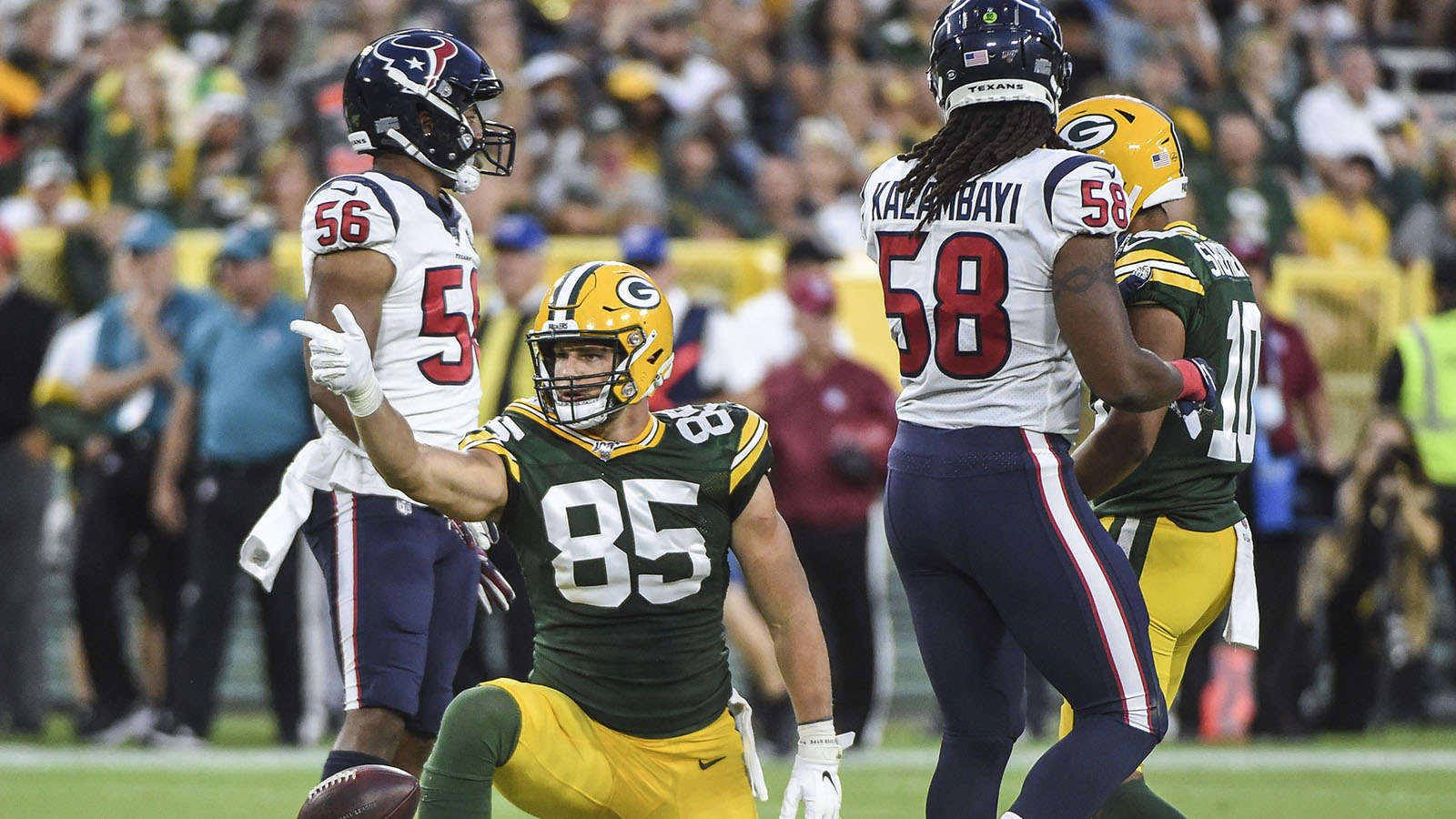 Aaron Rodgers: Pitched on his high school baseball team as a senior.

Darnell Savage: Switched jersey number to No. 4 from No. 26 to follow in footsteps of former Maryland All-American cornerback, William Likely III, who was a mentor to him.

JK Scott: Became the first punter in team history to register a punt of 58-plus yards in each of his first three NFL games and was the first NFL punter to do so since Redskins P Tress Way in 2014.

Preston Smith: Of the 32 seniors on his Stone Mountain (Ga.) High School football team, 29 got a college scholarship.

Billy Turner: His father, Maurice, played for the Packers in 1985.

Tramon Williams: Held part-time jobs stocking shelves in a supermarket, shoveling coal and cleaning coal machinery, cleaning tractors and working on his uncle’s farm. Also worked for a construction company that built a building on the Louisiana State University campus.