Badgers fight back for solid win over Northwestern 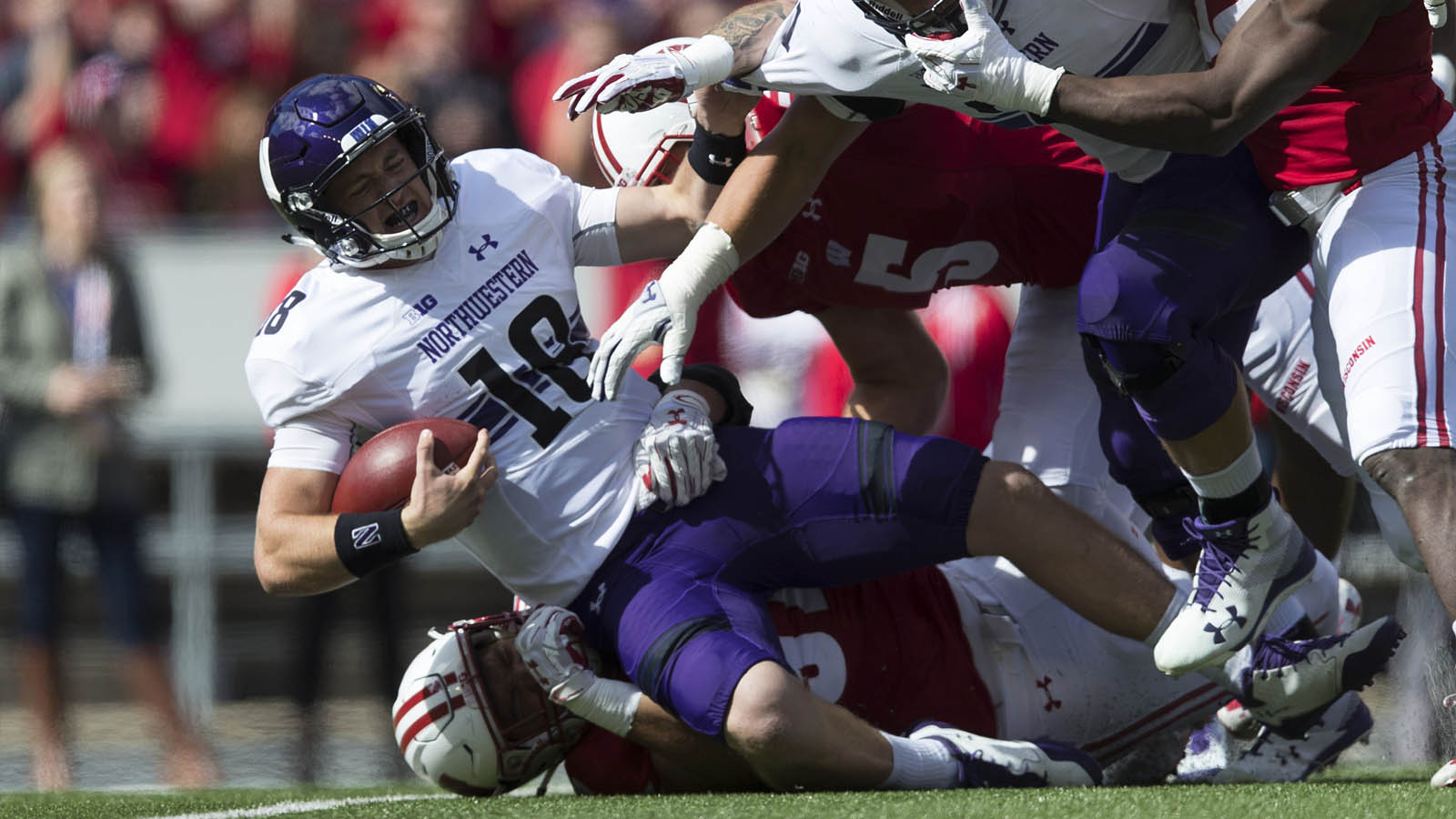 MADISON, Wis. — What looked like another second-half runaway turned into a nail-biting final few minutes for No. 10 Wisconsin.

The defense caught its breath and came up with one more big play.

Jonathan Taylor ran for two touchdowns to help the offense overcome a sluggish start and the Badgers swarmed Northwestern before holding on for a 33-24 win on Saturday.

“We knew it was going to be a hard one,” Wisconsin coach Paul Chryst said. “There (are) a lot of lessons to be learned in this one.”

Alex Hornibrook threw for 197 yards and a touchdown, settling down after two interceptions on deep balls in the first half. Garrett Dooley had three of Wisconsin’s eight sacks.

The Badgers led 31-10 with 9:54 to go on safety Natrell Jamerson’s 36-yard interception return for a touchdown.

It looked good for Wisconsin then since its defense hadn’t allowed any second-half points all season.

But Northwestern finally got its offense going, scoring two quick touchdowns to close the gap to 31-24. Wisconsin then went three-and-out, but Anthony Lotti’s perfect pooch punt was downed by Jamerson at the 2.

Two plays later, quarterback Clayton Thorson couldn’t find a receiver out of his own end zone and was sacked by D’Cota Dixon for a safety with 58 seconds left.

“I was a little shocked,” Dixon said about how long Thorson held on to the ball.

The mobile Thorson was outside the pocket, where he can do damage. Unfortunately, he was working from his own end zone.

Northwestern’s fourth-quarter flurry overshadowed what was an otherwise dominating day for Wisconsin’s defense.

Jamerson finished with two interceptions. The front seven applied withering pressure most of the afternoon. Northwestern running back Justin Jackson was held to 25 yards on nine carries.

Northwestern: Things looked so good for the Wildcats at halftime, up 10-7 on a Wisconsin team having trouble holding on to the ball. Momentum changed in the third quarter. The offensive line couldn’t pick up Wisconsin’s pressures. The running game was bottled up in the third for minus-10 yards on seven carries. And the defense got burned by big plays. At least Northwestern mounted a late but futile comeback on the road, two games after a blowout defeat at Duke in Week 2.

Wisconsin: Coordinator Jim Leonhard spiced up his defense just in time for Big Ten play, throwing different stunts and looks at Northwestern to get to Thorson for three sacks in the pivotal third quarter. The secondary was active all afternoon, breaking up short timing patterns.

Chryst said both sides of the ball could have prevented the late letdown. Dixon said he thought the defense may have relaxed a little after the Badgers went up by 21.

“We got a little bit too lax, that was the only thing I was disappointed about,” Dixon said.

On third-and-3, Hornibrook hit Quintez Cephus on a 61-yard pass to the Northwestern 11 on the Badgers’ first drive of the third quarter. Taylor scored on the next play to give Wisconsin the lead for good, 14-10 with 9:16 left in the third.

“I think we had a fire lit underneath us,” Hornibrook said about the offense’s third-quarter awakening.

Northwestern: Jackson had a leg injury that prevented him from practicing all week. “To see him even out here to play shows his toughness. He’s a pretty tough kid,” Fitzgerald said.

Wisconsin: Taylor, a freshman, finished with 80 yards on 19 carries. He was especially impressive in the first quarter, showing shiftiness in the hole to go with a burst of speed and the ability to break tackles.

“We’ve got to do a better job of protecting him,” tight end Garrett Dickerson said. “He can sling. We’ve just got to give him more time to.”