It’s not everyday that UFC fighters will mingle on the red carpet with celebrities and fellow athletes, but the new season of The Ultimate Fighter isn’t like any other show in MMA history either.

The new season, which kicked on Wednesday night on FOX Sports 1, gathers the 16 best women’s fighters in the world at 115-pounds with a tournament that will eventually crown the first ever UFC strawweight women’s champion. While The Ultimate Fighter brand has been around for almost 10 years, never before in the history of the series has a champion been crowned at the end of the show.

To mark the special occasion, the fighters from the show along with a slew of other competitors from the UFC as well as celebrities from around the world came to Lure nightclub in the heart of Hollywood to celebrate the new season.

Part of the campaign to introduce the series has been the idea of ‘TUF Beauty and TUF Strength’ — showing that the fighters on this new season can be knockouts when dressed to the nines or putting down an opponent with a knockout combination.

Tuesday night in Hollywood was all about the glamour as the fighters got dolled up to walk the red carpet while dozens of cameras snapped pictures and video crews spent time with the cast from the newest season of The Ultimate Fighter. 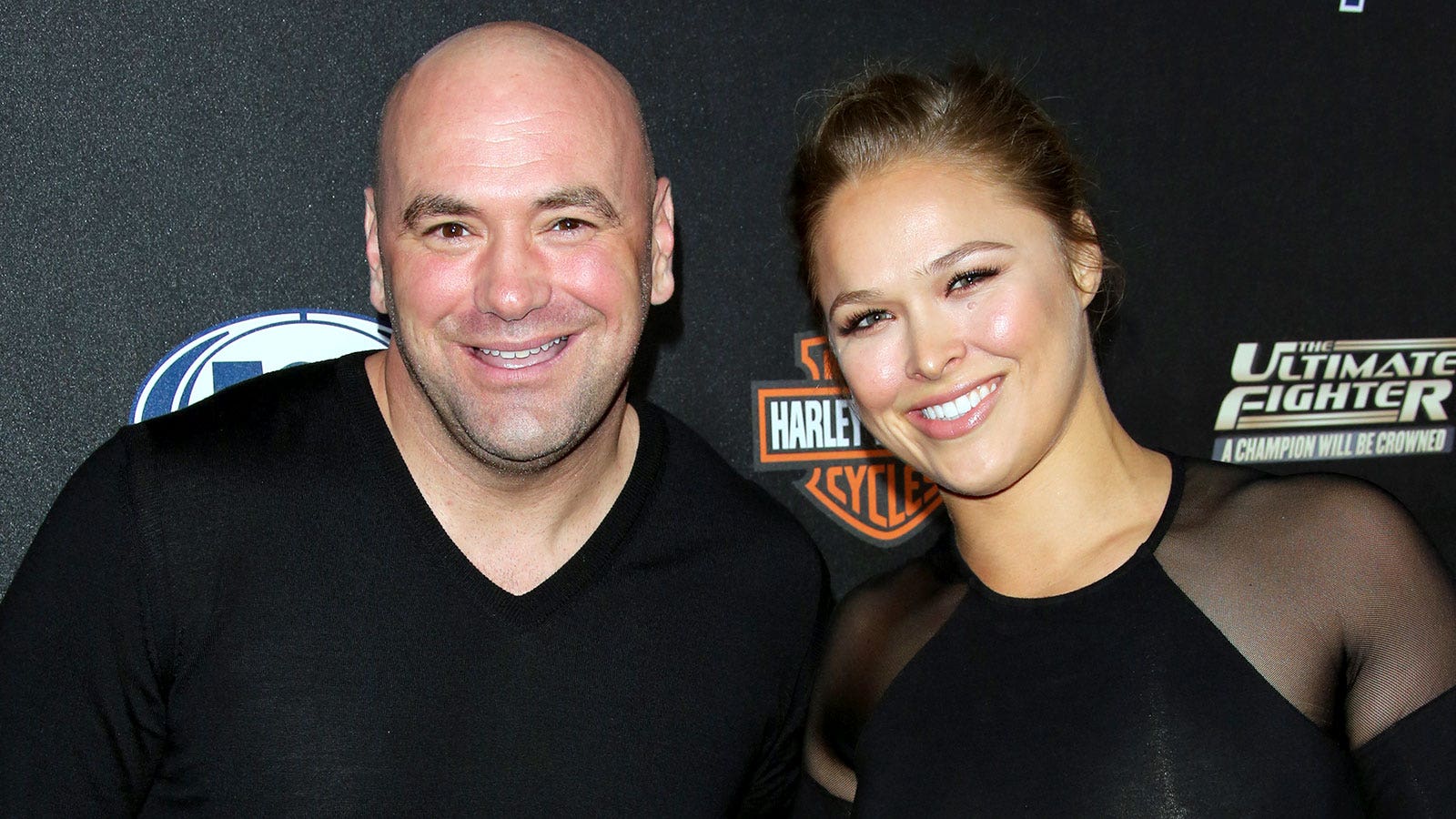 Joining the 16 fighters from the new season of the show were several high profile UFC fighters including women’s bantamweight champion Ronda Rousey, who could be seen as the biggest singular force in making this latest weight class attractive for the promotion to pick up. Rousey was the fighter UFC president Dana White saw a few years ago and based upon her performances, opted to give women’s fighting a chance inside the Octagon.

Now over two years later, Rousey is one of the biggest draws in the sport and the new strawweight season of The Ultimate Fighter is the most anticipated year for the show in history.

Other fighters such as bantamweight champion T.J. Dillashaw, Urijah Faber, Brendan Schaub, Jake Ellenberger and Uriah Hall also made an appearance at the star-studded gala. UFC hall of famers Chuck Liddell and Forrest Griffin were also on hand for the festivities as well as UFC on FOX commentator Kenny Florian. Of course the coaches for the new season of The Ultimate Fighter — lightweight champion Anthony Pettis and Gilbert Melendez — were on hand to see the fighters they coached for six weeks hit the red carpet.

Once the red carpet event slowed down, the fighters and celebrities made their way inside the venue for a special preview of the episode that debuted on Wednesday night.  FOX Sports president Eric Shanks introduced the clip along with UFC president Dana White, who was even more enthusiastic that usual while premiering the newest season of The Ultimate Fighter.

"I could not be more excited," White said.  "These women are mean, nasty, bad ass and they f–king deliver this season."

The rest of the night was all about a celebration of a job well done as the fighters all enjoyed the fruits of their labor.  The hard work isn’t done yet, however, as all 16 women were shuttled back to their hotel late Tuesday night as they started their journey home to get ready for what comes next in their UFC careers.

One of those 16 women will soon join Rousey as the top women’s fighters on the planet when a champion is officially crowned on December 12 in Las Vegas.