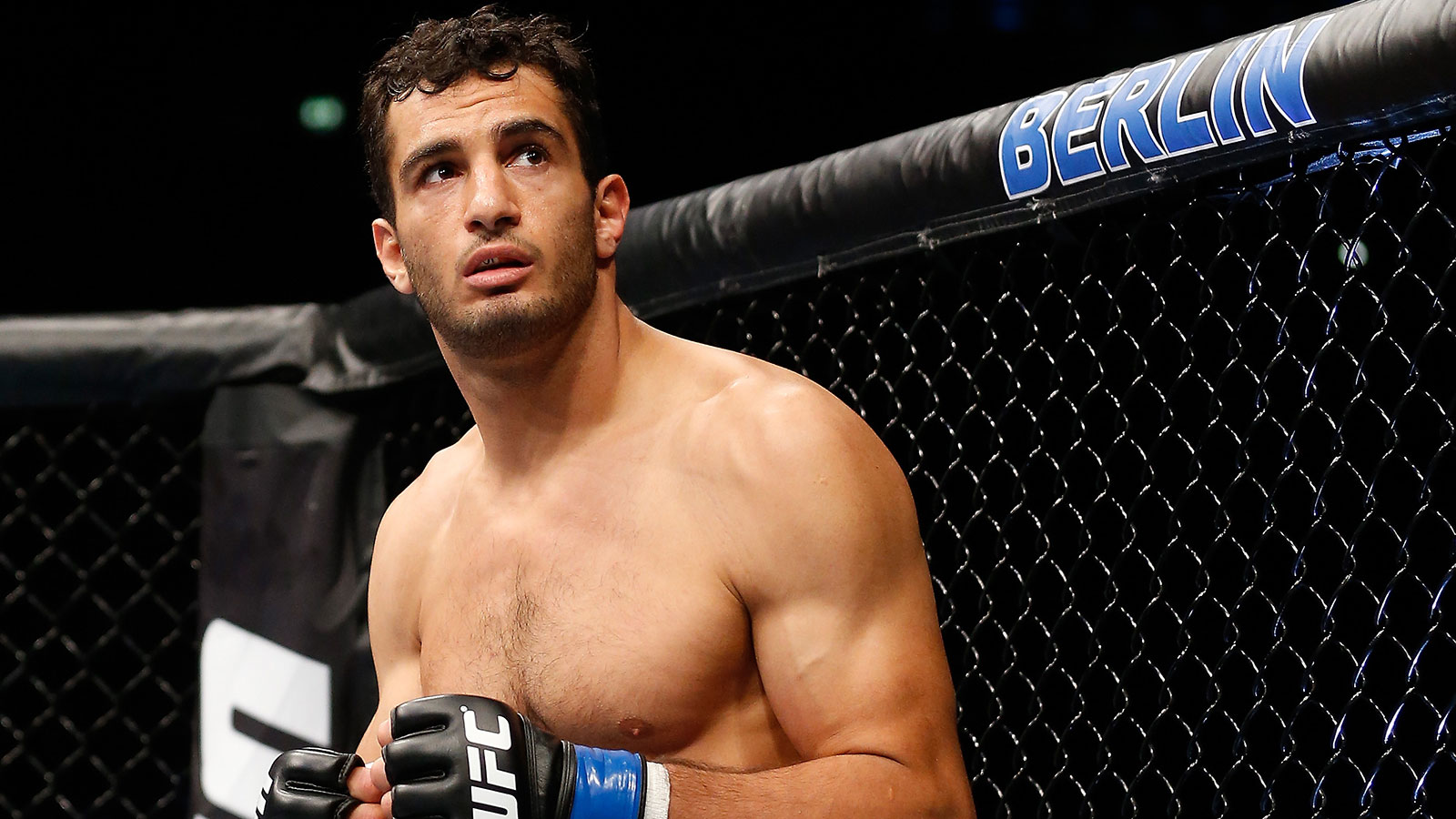 Through 40 professional fights over more than 12 years in MMA, Gegard Mousasi had never been knocked out or TKO’d until he faced Uriah Hall last September in Japan.

Mousasi faced Hall as a late replacement and after a good opening round, he got caught with a spinning heel kick right in the face that sent him stumbling backwards towards the cage. Hall followed up with a flying knee and a few mores strikes before the fight was stopped in the second round.

The staggering defeat still sticks with Mousasi even today as he prepares for his return to action against Thales Leites at UFC Fight Night in London.

If you fight long enough, there’s going to be a kick or a punch that you won’t see. And I didn’t see that kick. Eventually, it’s going to happen. It’s difficult to accept it but I have to accept that loss.

— Gegard Mousasi on his loss to Uriah Hall

"That fight still haunts me a little bit," Mousasi told FOX Sports. "I did everything right, I don’t feel I didn’t anything wrong. I didn’t underestimate him. I was prepared. The only thing I maybe did wrong was I wanted to finish him too bad. But if you don’t go for the finish maybe he could come back and get the finish. I don’t know, I don’t think I did anything wrong in that fight.

"If you fight long enough, there’s going to be a kick or a punch that you won’t see coming. And I didn’t see that kick. Eventually, it’s going to happen. It’s difficult to accept it but I have to accept that loss."

Fighters routinely note after every loss that there was always something to take away as education for the next one. Mousasi doesn’t exactly discount that theory, but he’s just not taking that approach when looking at the fight with Hall.

Instead, Mousasi would rather chalk it up to happenstance rather than dwell on what he could have done differently.

"I was pretty sure that I would beat Uriah Hall and that happened. It’s disappointing," Mousasi said. "I didn’t learn anything in that fight. Only that s–t happens."

Following the loss, Mousasi was anxious to book another fight but hoped to land a ranked, well-known opponent to get his name back in the spotlight.

He thought he got it when the UFC came calling with an offer to fight Michael Bisping at UFC Fight Night in London, but only weeks after the matchup was announced, Mousasi got some bad news.

The UFC decided to pull Bisping from their fight and put him in the main event against Anderson Silva. In his place, Mousasi was matched up against Thales Leites.

"Obviously, I was not happy but I get to fight," Mousasi said about the change of opponents. "Thales Leites is a tough opponent. He’s a worse matchup for me than Michael Bisping because he will try to go for takedowns to score points and stuff like that. So Michael Bisping was a much better opponent style wise and Michael Bisping is very well known.

"It’s a lot better fight for me than Thales Leites, but he’s a tough opponent and I cannot overlook him."

Regardless of the opponent, Mousasi knows he needs to get back on track with a win because a second loss in a row just isn’t an option he chooses to accept.

Mousasi has never lost back-to-back fights in his entire career, and he’s not looking to add that first to his record after what happened the last time out.

"I’m very confident I’m going to be dominant in the fight," Mousasi said. "Zero chance he’s going to take me down, I believe. I’m not going to take unnecessary chances like the last fight.

"Everything has to be technical, precise and punishing. I’m going to be sharp."