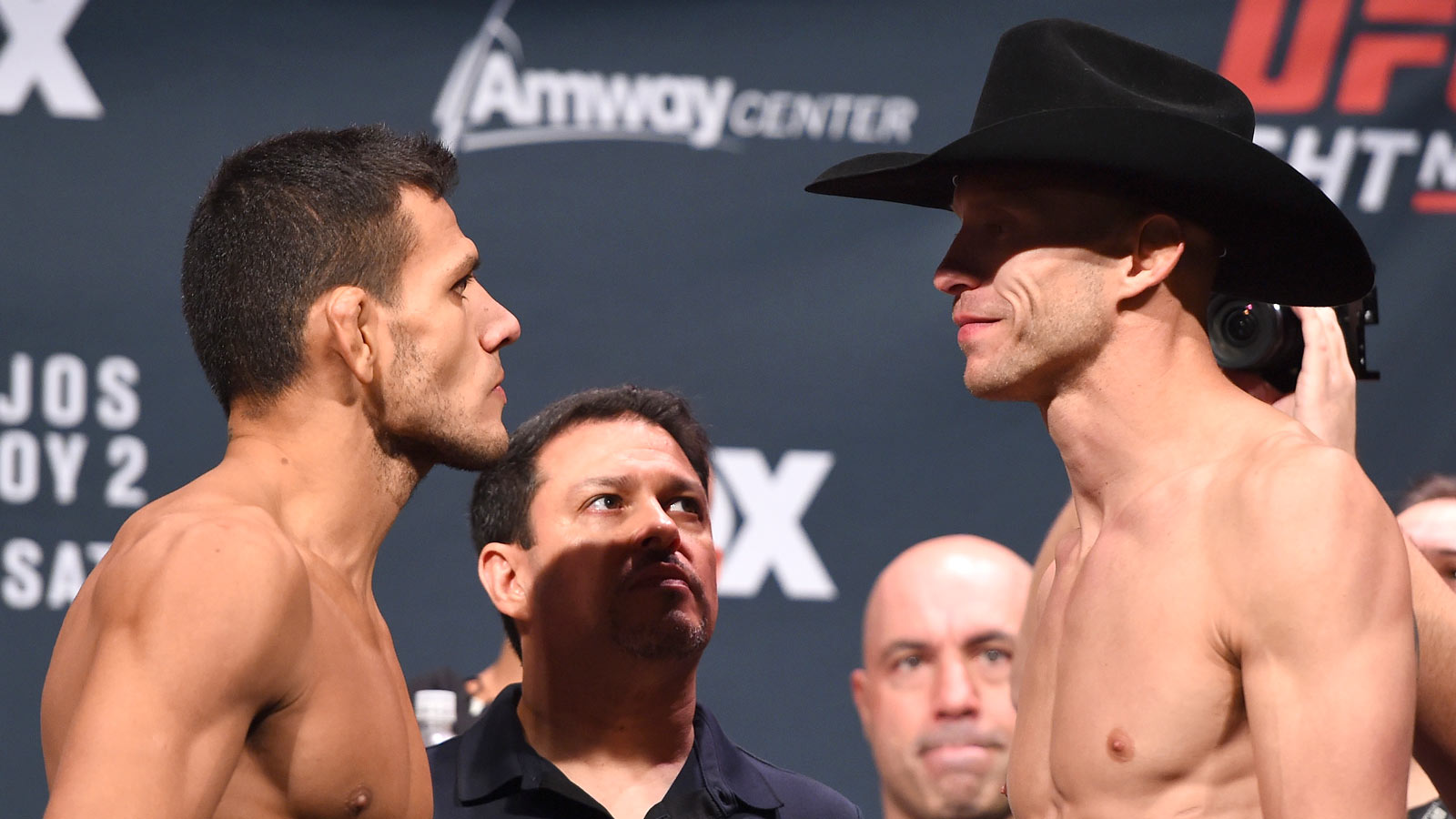 The Brazilian blitzed Cerrone from the get-go, before landing brutal body kick that forced ‘Cowboy’ against the fence. Cerrone recovered for a moment, but dos Anjos was able to get the fight to the ground and finish shortly after.

In the co-main event, Alistair Overeem finished off former heavyweight champion Junior Dos Santos en route to his third straight win while Nate Diaz put on one of his best performances to date against sixth-ranked lightweight Michael Johnson.

Check out play-by-play of all the action below.