Can Conor McGregor (L) get revenge on Nate Diaz (R) when they rematch, this July?

So, Nate Diaz and Conor McGregor are going to fight each other, again. Like it or not, don’t act like you won’t tune in to UFC 200 to see it go down.

Personally, I don’t like this fight as an immediate rematch. There was no controversy in the first, and the result was clean-cut.

Beyond that, there’s only so many times we need to watch a featherweight and a lightweight fight at welterweight. On short-notice, it was understandable.

Months out, it’s silly and likely only in place to satisfy the particularly prideful goals of McGregor. With that being said, the positive thing about this UFC 200 contest is that, as Nate Diaz has said, at least it’s a "real fight," between two real fighters who always bring aggression, spirit and gameness.

So, this unnecessary fight that will hold up the featherweight and (to a lesser extent) lightweight divisions will at least probably still kick ass. There’s no such thing as a boring Diaz or McGregor fight, and this should be no different.

So, who will have the edge, and where? Earlier this month, McGregor and Diaz met under exceptional circumstances.

Diaz was on vacation, even though Dana White told us he was training for a triathlon, and McGregor had most certainly been training for a much different fighter in lightweight champ Rafael dos Anjos. Then, dos Anjos was injured, and Diaz stepped in with no training camp, on just days’ notice.

The lightweight fight was moved up to welterweight and the featherweight McGregor suddenly found himself two divisions up, at welterweight. Early on, he did well – bloodying Diaz with big punches.

As he often does, however, Diaz absorbed the damage, marched on, and then landed his own big shots. His punches did more damage, and a wobbled McGregor shot right into Diaz’s waiting, choking hands, in the second round, ultimately submitting.

Nate Diaz’s coach Richard Perez tells me that with a full training camp Nate can be even more successful against McGregor. I’m inclined to agree.

Diaz’s timing, sense of distance, and resulting defense could all end up being much sharper come July, than they were this month at UFC 196. There are things McGregor can do differently, however, to find more success.

Kick Diaz’s legs –  Conor McGregor isn’t as long as Diaz, and shouldn’t stand in front of him and try to slug it out with just his fists.

He tried that, and he’s learned that fistic wars of attrition are usually not winnable against a Diaz brother. Diaz is a better boxer, a longer boxer, a bigger boxer, and throws in more volume.

What Nate doesn’t ever seem to care too much about, however, is checking leg kicks. Raphael dos Anjos seemed to base his dominant decision win on his well-timed kicks, which bruised and destabilized Nate in their 2014 contest. 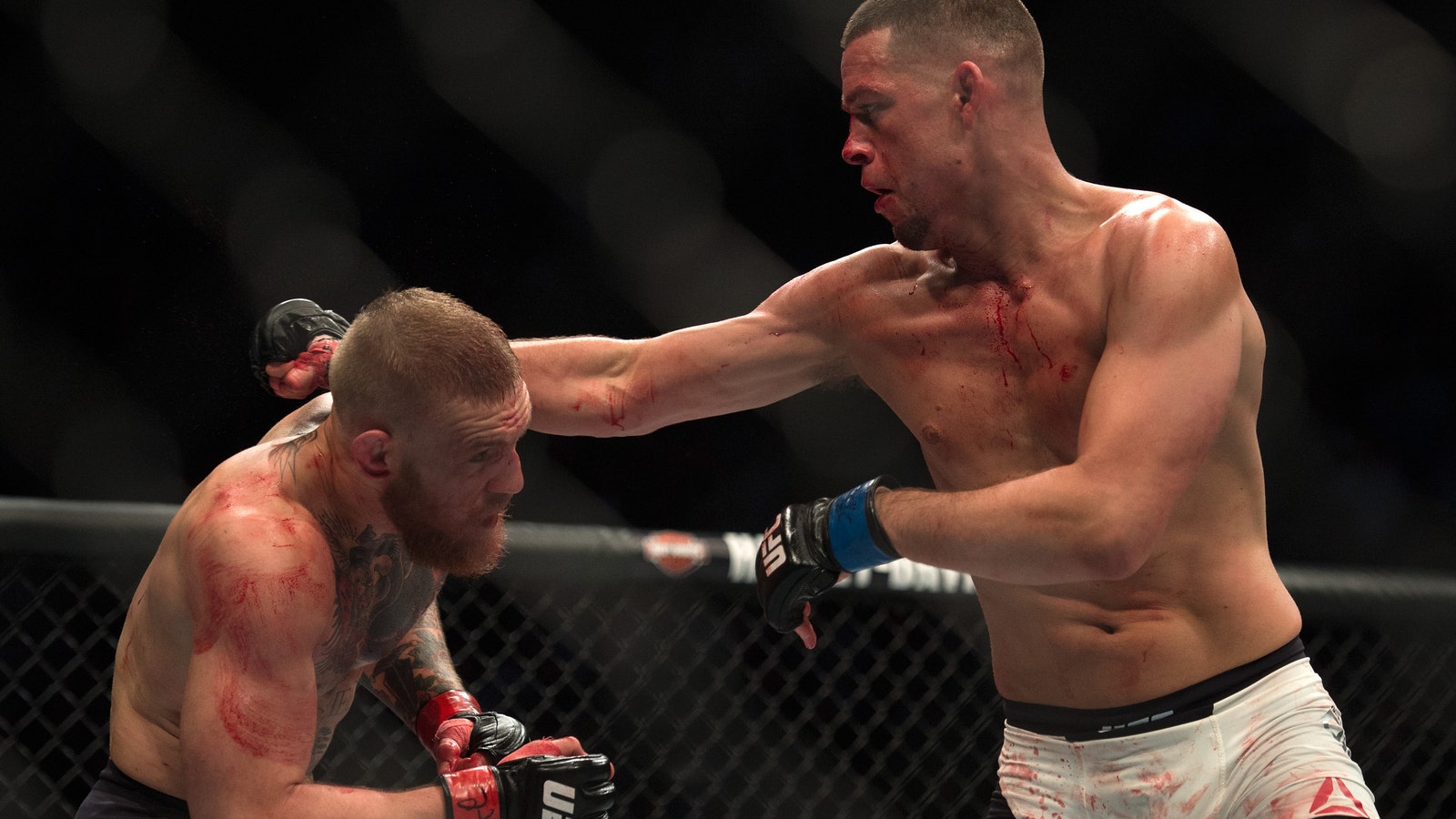 McGregor doesn’t usually throw many roundhouse kicks to the legs of opponents, but he’d be wise to start, in training. Diaz’s biggest weakness may be in checking leg kicks, and McGregor should at least try to test him, there.

Throw in combination – McGregor swung for the fences against Diaz with big, single punches. If he’s going to throw hands, he should try it in combination.

Both Diaz brothers are so hard to stop when they’re punching, in large part because of the volume of their output. It’s hard to get your own shots off when you have fists coming at you, constantly, at different levels.

Last time, Conor mostly gave Diaz one thing to think about at a time. If he can throw more, and more measured, efficient punches, this time out, he’ll be better served.

Move his feet – Conor loves movement. He’s got a coach specifically for it, and he has found a lot of success by pairing his length at featherweight with unorthodox, wide stances, sharp angles taken with his footwork, and timing. 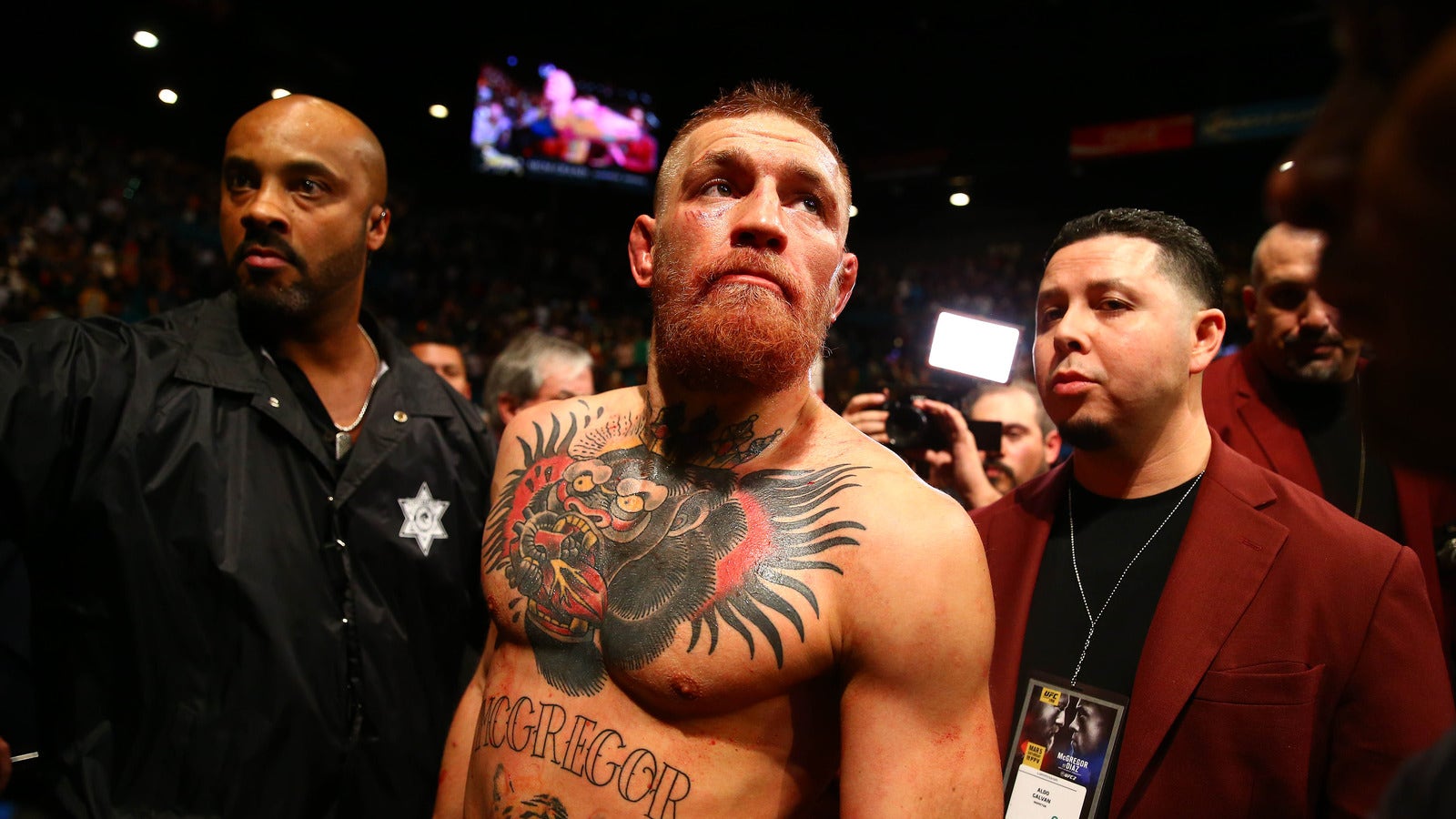 McGregor has power in his shots, sure, but brute power is nothing compared to power combined with angles and precision. McGregor has to realize he has five rounds to work with, and be ready to use every second of them to get an edge over Diaz.

Diaz often fights flat-footed. If McGregor is the quicker-moving fighter, constantly switching stances as he cuts angles, he’ll be harder to corner and hit.

Prediction: If McGregor works on those areas, he can do much better against Diaz. Ultimately, though, I think it’s too quick for him to fight again.

He took some damage to the dome in that last outing, and before that he had an incredibly hectic schedule. Nate will be in better condition this time out, likely have better timing, and still have a serious advantage on the mat.

Barring Nate not getting too cocky on the ground (like he did in the first round when he stood right over McGregor, feet squared up, bending over on a hinge with little base), or this fight being the one that finally gets to his iron chin after a lifetime of wars, I believe that his volume and accuracy with his strikes on the feet, and his mastery on the ground can once again prevail.