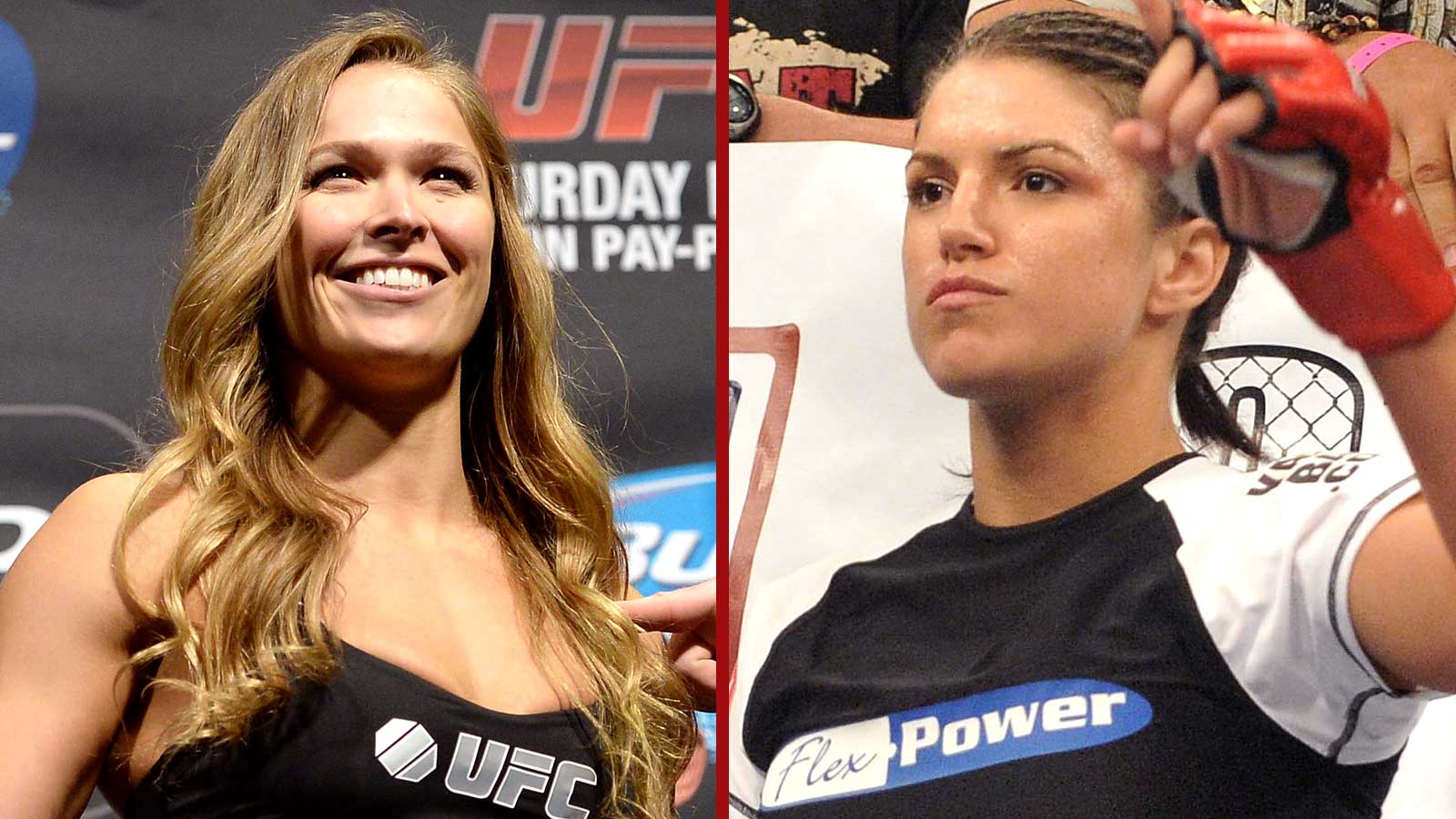 DALLAS — A potential fight between Ronda Rousey and Gina Carano seems to have many detractors. Rousey is not one of them.

The UFC women’s bantamweight champion said she would be "ecstatic" to fight Carano. The Rousey-Carano bout has been rumored ever since UFC color commentator Joe Rogan made comments about a big announcement regarding women’s MMA on the radio two weeks ago.

"I would love that," Rousey said Friday before UFC 171 weigh-ins at Gilley’s Dallas. "I’ve always said that. I never would have thought women’s MMA existed if I hadn’t seen her fight. I never knew there was such a thing until her. And to fight her would be a real honor and I think it would be a real milestone for the sport."

Carano, who has been doing movies, has not fought since 2009, a loss to Cris Cyborg in Strikeforce. Rousey has said in the past she would not fight Cyborg at a catchweight, but admitted that she would give Carano special treatment because she’s one of her heroes. Carano has never fought in Rousey’s 135-pound weight class and struggled to reach 140 during her fighting career. UFC president Dana White said Thursday he would not be interested in bringing Carano back for a catchweight fight, though.

As for Carano not being worthy of a title shot since she hasn’t fought in nearly five years, Rousey doesn’t buy it.

I never would have thought women’s MMA existed if I hadn’t seen her fight. I never knew there was such a thing until her.

"I think given for everything she’s done for the sport and the pioneer that she is, I think that she would deserve a title shot any time," Rousey said.

Rousey, who is undefeated, said she still believes Cat Zingano is the worthy No. 1 contender. Zingano beat Miesha Tate almost a year ago to earn a title shot before tearing her ACL. Rousey has beaten Tate and Sara McMann since then and her viable contenders under UFC contract are dwindling.

Carano is actually one of those. She still has four fights left on her old Strikeforce deal that UFC absorbed when Zuffa bought it. Rousey is definitely interested in that bout happening.

"I’m excited and hopeful for something like that," Rousey said. "I think it would be huge for women’s MMA. But I don’t believe it until I sign it."