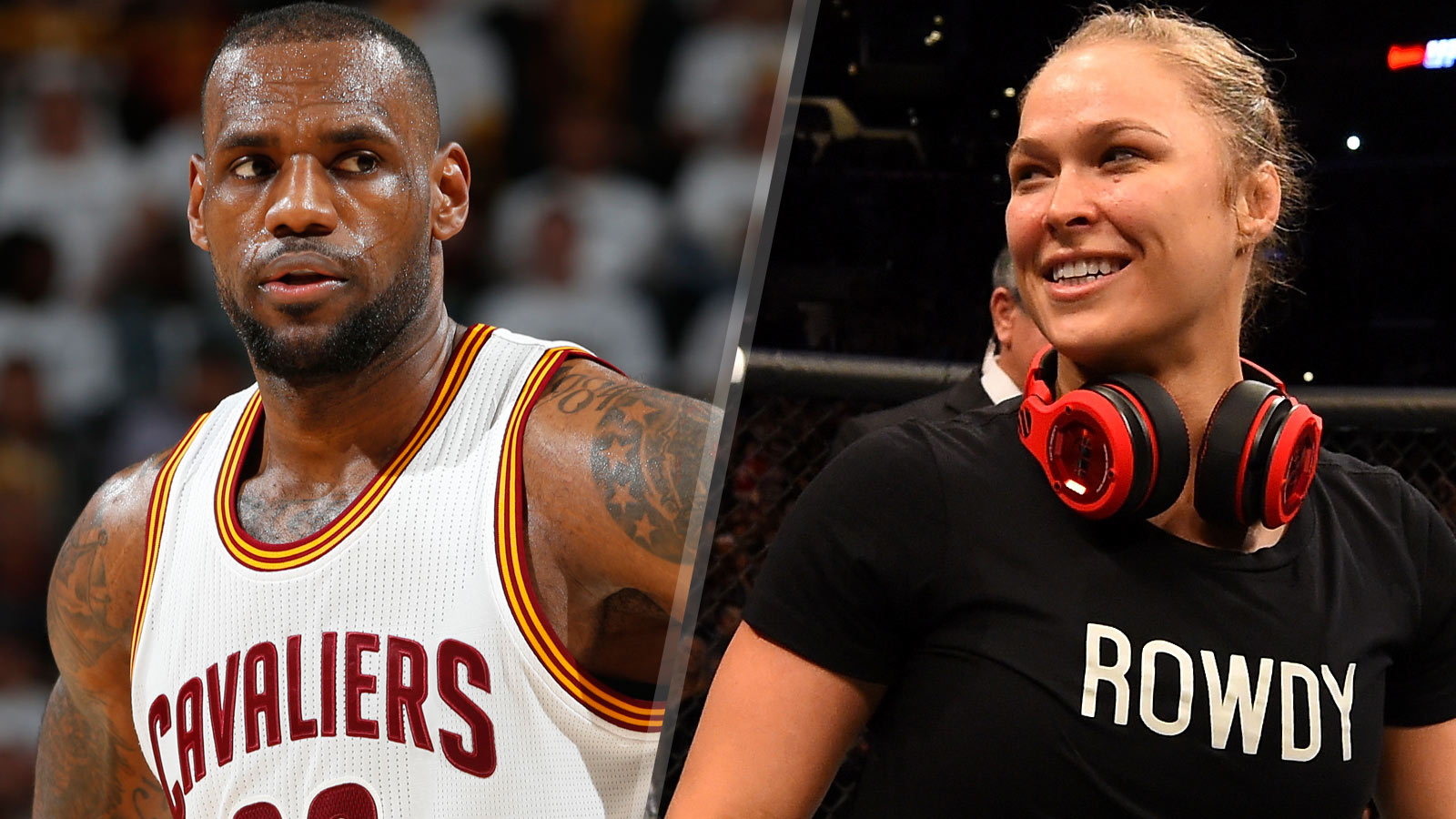 It’s been well documented in the lead-up to UFC 193 that bantamweight champion Ronda Rousey is the most popular star in the sport. But how does she stack up when paired against other major sports figures across the United States?

Nielsen, a leading global information and measurement company best known for providing television ratings as well as gauging what consumers buy, recently conducted a survey to determine Rousey’s viability and marketability in America.

The polling tested 1,000 people with a range of questions that helped Nielsen ultimately obtain an "N-Score," which evaluates the endorsement potential for personalities across sports and entertainment.

According to the findings provided to FOX Sports by Nielsen, Rousey is known among 44 percent of Americans with 70 percent of those polled saying they found the UFC women’s champion "likeable."

The N-Score totals up awareness, likeability, influence, success and status as both a trendsetter and role model to give the total number for endorsement potential.

Rousey finished with a score of 77, which puts her directly in line with James as well as race-car driver Danica Patrick, who both scored a 77 with the American consumer.

Rousey landed below Manning (85) and tennis star Serena Williams (88) but ahead of golfer Jordan Spieth (71).

While Rousey’s overall recognition is lower than many of the sports stars she was rated against, it’s clear that she’s mixed martial arts’ biggest star.

According to the survey, Rousey is known by 44 percent of Americans whereas the average mixed martial artist is only recognized by 12 percent of the U.S. viewing public.

Rousey recently landed an endorsement deal with Carl’s Jr., becoming the national spokesperson in a series of commercials.

It all totals up to show that Rousey is not only becoming a superstar in her own sport, but she’s crossing pop cultural boundaries and beginning to compete with athletes in extremely visible sports like football and basketball as well.

Considering she shows viability to sponsors comparable to LeBron James and Danica Patrick, Rousey will likely only continue to add major endorsements over the next year as she begins appearing in several movies as well as her career in the UFC.