Jon Jones doesn’t pay too much attention to anything Daniel Cormier says about him, but he heard second hand about one particular rant from the light heavyweight champion from earlier this week.

Jones is currently in Buffalo with plans to attend UFC 210 on Saturday night where he will sit cage side to watch Cormier go to battle with Anthony “Rumble” Johnson in the main event.

It’s expected that Jones would then face the winner later this year when he’s eligible to return to action following the end of his one-year suspension after testing positive for a banned substance in 2016.

Upon hearing that Jones would be present in Buffalo and also sitting cage side for the fight, Cormier issued a warning to his longtime rival about thinking twice before even thinking about stepping inside the Octagon to confront him after he’s victorious against Johnson.

“He better not come in my cage after I win. He’s not welcome in there,” Cormier said on Thursday. “He’s still suspended. When he’s eligible to fight then he can walk in the cage but if he dares to step into that Octagon, something bad will happen.”

Jones responded on Friday while speaking to the media in Buffalo when Cormier’s warning was brought up to him.

“I heard about it. I haven’t seen it for myself. I think he said something like if I came into the Octagon it won’t be pretty or something like that. I should just see what he meant by that,” Jones said. “Maybe go in there.”

As tempting as it might be for Jones to step into the Octagon for no other reason than to get under Cormier’s skin, the former champion says that’s not what will happen after UFC 210 concludes on Saturday night.

Jones won’t be confronting Cormier to call him out after the fight, although he couldn’t resist getting one more jab in at his rival ahead of his bout against Johnson.

“Yeah, I have no intentions of going in there, harassing the guy,” Jones said about Cormier. “I want him to enjoy his last moments with the belt.” 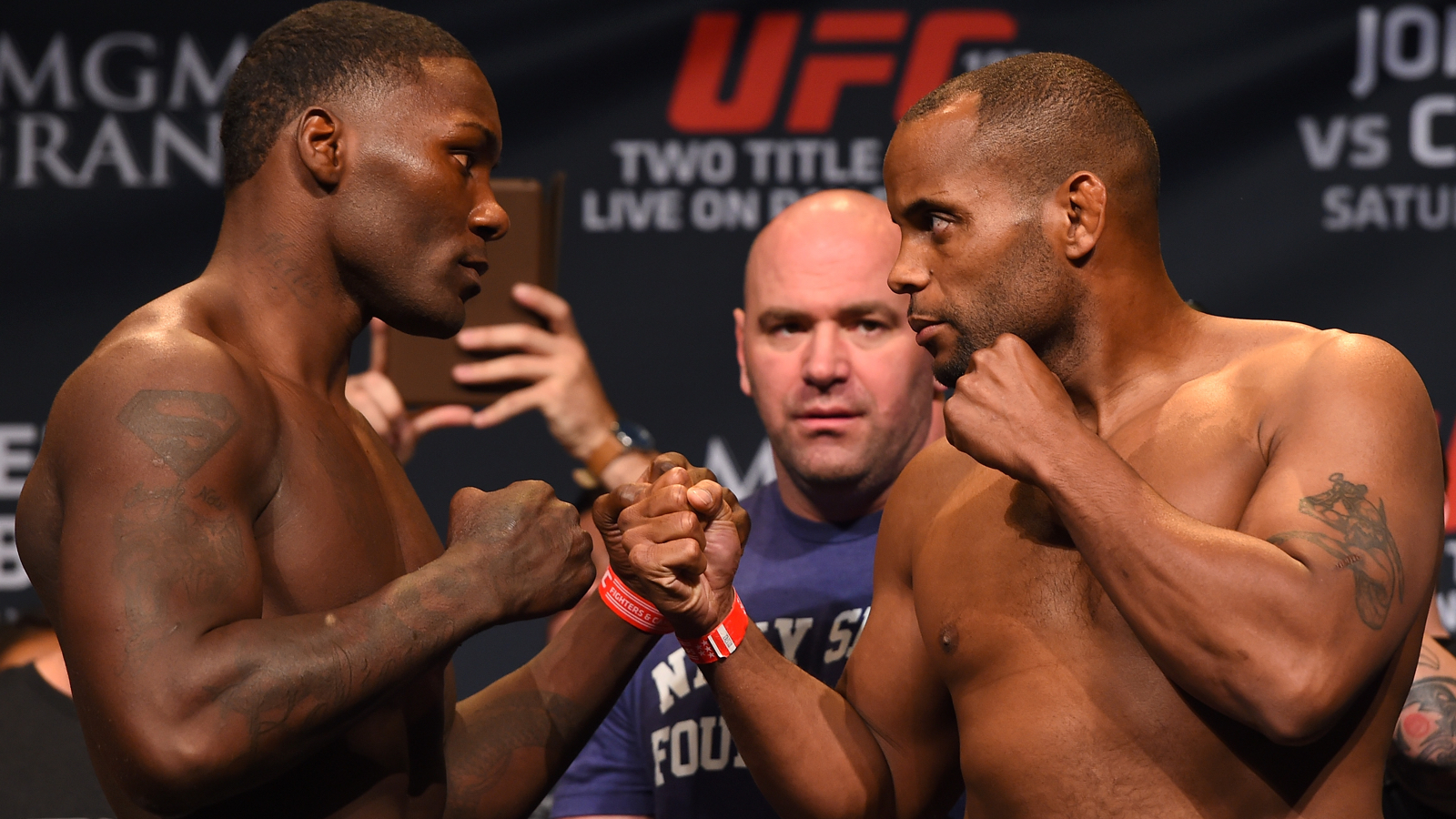 Gallery: Predictions for every fight on the UFC 210: Cormier vs. Johnson 2 main card