Following two straight losses, Derek Brunson had something to prove as he stepped into the Octagon to face Dan Kelly in the co-main event at UFC Fight Night in New Zealand.

Brunson needed less than five minutes and one devastating left hand to get back on track as he finished Kelly in emphatic fashion.

The 33-year-old North Carolina native was still feeling the sting from his last fight — a very close, controversial decision loss to former middleweight champion Anderson Silva — so he took out his frustrations on Kelly.

Brunson had worked tirelessly on his striking in the lead-up to this fight, and he quickly established his right jab, which set up his best power punch coming from the left hand.

Like clockwork, Brunson set up his punches and unloaded a massive left hand that came over the top and connected flush on Kelly’s jaw before he crumbled to the mat in a heap.

Brunson quickly followed up with a few more shots as the referee rushed in to stop the fight before Kelly could take too much damage.

Brunson earns his fifth UFC victory by knockout or TKO and he was quick to call for a matchup against submission specialist Antonio Carlos Junior. It was only a week ago where Carlos Junior won his most recent fight and asked for Brunson by name so it appears he might get his wish. 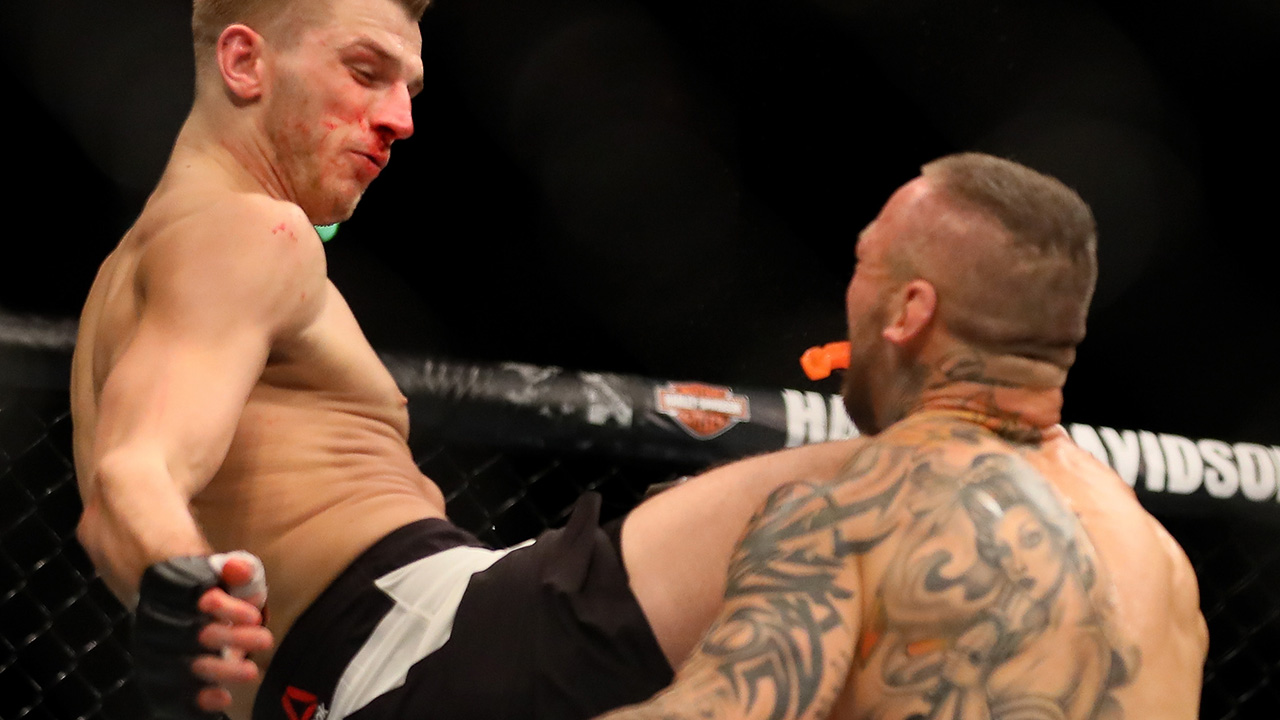 Gallery: Results and highlights from the exciting finishes at UFC Fight Night: Lewis vs. Hunt