Conor McGregor has reached a settlement with the Nevada State Athletic Commission for his part in the UFC 202 press conference melee with opponent Nate Diaz.

McGregor was originally fined $150,000 — $75,000 in a monetary fine along with paying $75,000 for a public service announcement — after he threw bottles and cans at Diaz following their press conference in August 2016. McGregor was also required to do 50 hours of community service.

The commission voted unanimous to approve new disciplinary action on Wednesday with McGregor now being fined $25,000 along with 25 hours of community service that could be conducted at home in Ireland or in Nevada.

“I can honestly tell you that I’ve walked out of this commission room during my tenure many times and said, ‘that was exactly the right medicine, we did exactly what we should have done’ and there’s a few times where I’ve walked out and said I think we went a little too far,” NSAC chairman Anthony Marnell told the media after McGregor’s hearing.

“Even though I was a participant in it, some self-reflection at times is not bad. So this all kind of came together three or four months later, so there was some time to think about it, and I did disagree with the $150,000. I thought it was too heavy, even though I voted for it as it got kind of bifurcated because it wasn’t really $150,000 — it was $75,000 cash and it was $75,000 of some way of accounting for a public service announcement, which nobody was really clear on. I think $25,000 is a fair number for what was done.”

McGregor has six months to complete the community service.

The re-hearing for McGregor was approved just months after the Irishman declared he had no plans to fight in Nevada again before filing for judicial review of his punishment originally handed down by the commission.

Before that case could make it to court, McGregor met with Nevada Commission executive director Bob Bennett and the state’s attorney general to try and reach a settlement that would be agreeable to all sides.

On Wednesday, the commission voted unanimously to grant McGregor a second hearing in the matter with Bennett and the attorney general already reaching a settlement agreement with the current UFC lightweight champion.

Perhaps the biggest part of this settlement agreement was something that wasn’t discussed at all during the meeting where McGregor’s new punishment was approved.

Now that McGregor has reached an agreement and will undoubtedly pay the fine that was levied against him, he can re-apply for a boxing license in the state of Nevada that will more than likely be approved.

“He has a settlement agreement he’s agreed to, so he needs to drop his legal action that he was talking about taking, he needs to pay his fine and pay the attorney and then he would be eligible for a boxing license,” Marnell said. “That could happen today or whenever that happens. As long as he’s done what he’s agreed to, he’s probably going to get a boxing license.”

McGregor receiving a boxing license in Nevada would then bring him that much closer towards a proposed mega fight with Floyd Mayweather later this year.

“The bout will still have to be approved. Just to have the boxing license is one thing, but theres still would need to be approval of a date. They would need to go through all of the same process that any other event does to have the card approved and the bouts approved. I can’t tell you that we would approve that fight or not, I would lean to the fact that we most likely would.”

McGregor already has a boxing license in California, but now the obstacles have been clear so he can apply in Nevada as well, which is the expected landing site for the showdown with Mayweather.

At the end of the hearing, Nevada Commission chairman Anthony Marnell suggested that Diaz also receive a re-hearing for his part in the UFC 202 melee. His original punishment was doled out at $50,000 along with 50 hours of community service. 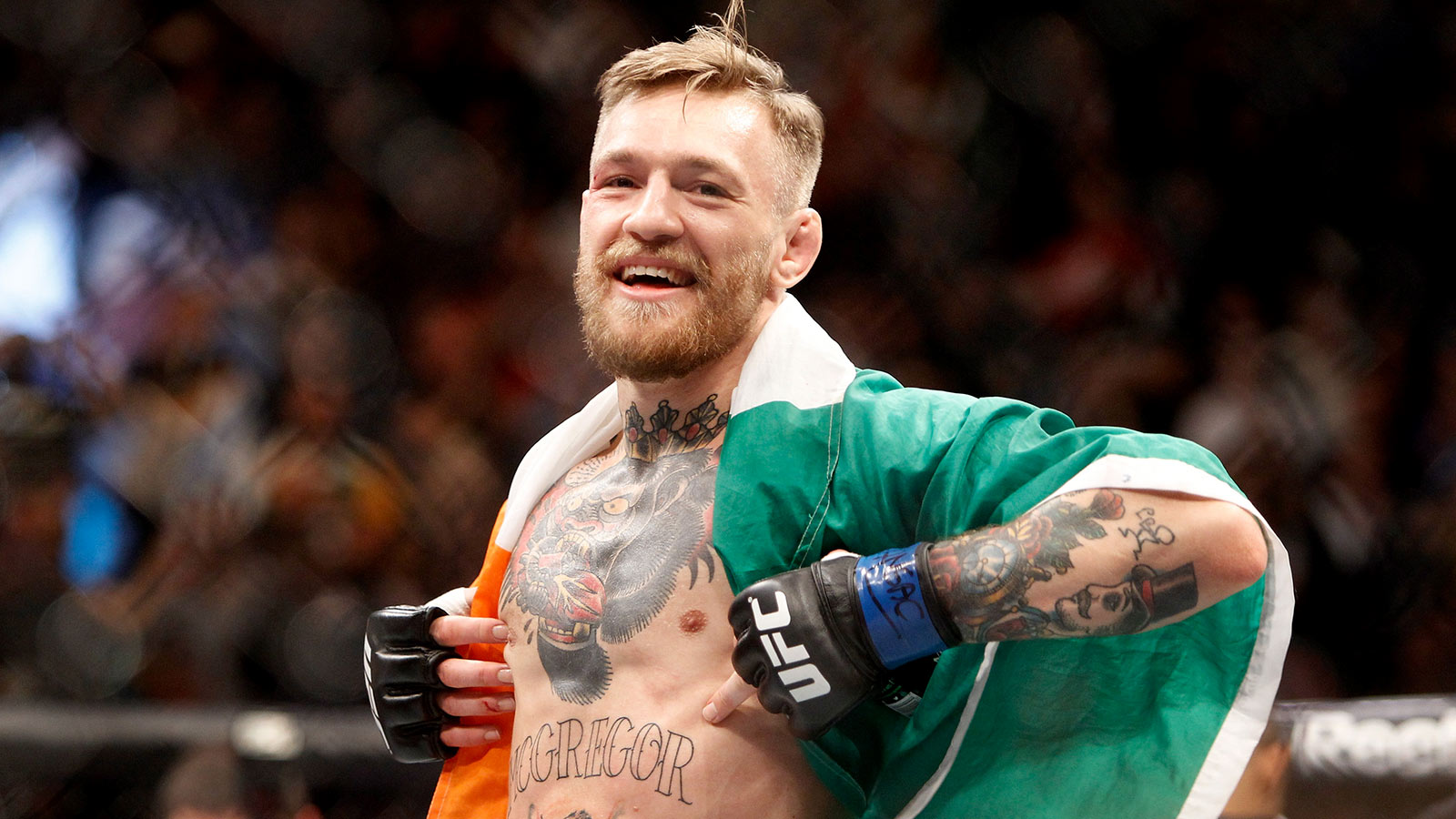 Gallery: A timeline of the Conor McGregor vs. Floyd Mayweather saga