Brad Tavares is looking at a big step up in competition if he beats Lorenz Larkin.

Brad Tavares has won four straight fights. No, that’s not a misprint. The UFC middleweight has strung four wins together in the tough 185-pound division.

It might be one of the quietest streaks in organization history. But if Tavares beats Lorenz Larkin on Wednesday at UFC Fight Night: Rockhold vs. Philippou (7 p.m., FOX Sports 1), it’ll be hard for the UFC to ignore it any longer.

“It’s a lot of things – the cards I’m getting on, the opponents I’ve fought,” Tavares told FOX Sports. “They’re all tough guys, but relatively unknown guys. Each of them was really tough, just didn’t have that name. If I can get a win over somebody with a name, somebody in the top 10, no matter what they have to pay attention to that.”

I don’t think any of my fights have been boring, even when the ones went to decision. We’re out there trading toe to toe, putting on a show.

Larkin (14-1, 1 NC) isn’t quite top 10. He’s No. 13 in the UFC middleweight rankings. But a fifth straight victory in any division is impressive. Tavares (11-1) doesn’t quite understand why he hasn’t risen to, at the very least, some better shows. He hasn’t fought on a pay-per-view card since July 2, 2011, a loss to Aaron Simpson. At least this one is a co-main event, albeit on a week night in a small market.

Tavares, 26, hasn’t finished any of his last four opponents and maybe that’s somewhat telling. But it isn’t like he’s taking guys down and laying on them for three rounds either.

“I don’t think any of my fights have been boring, even when the ones went to decision,” Tavares said. “We’re out there trading toe to toe, putting on a show.” 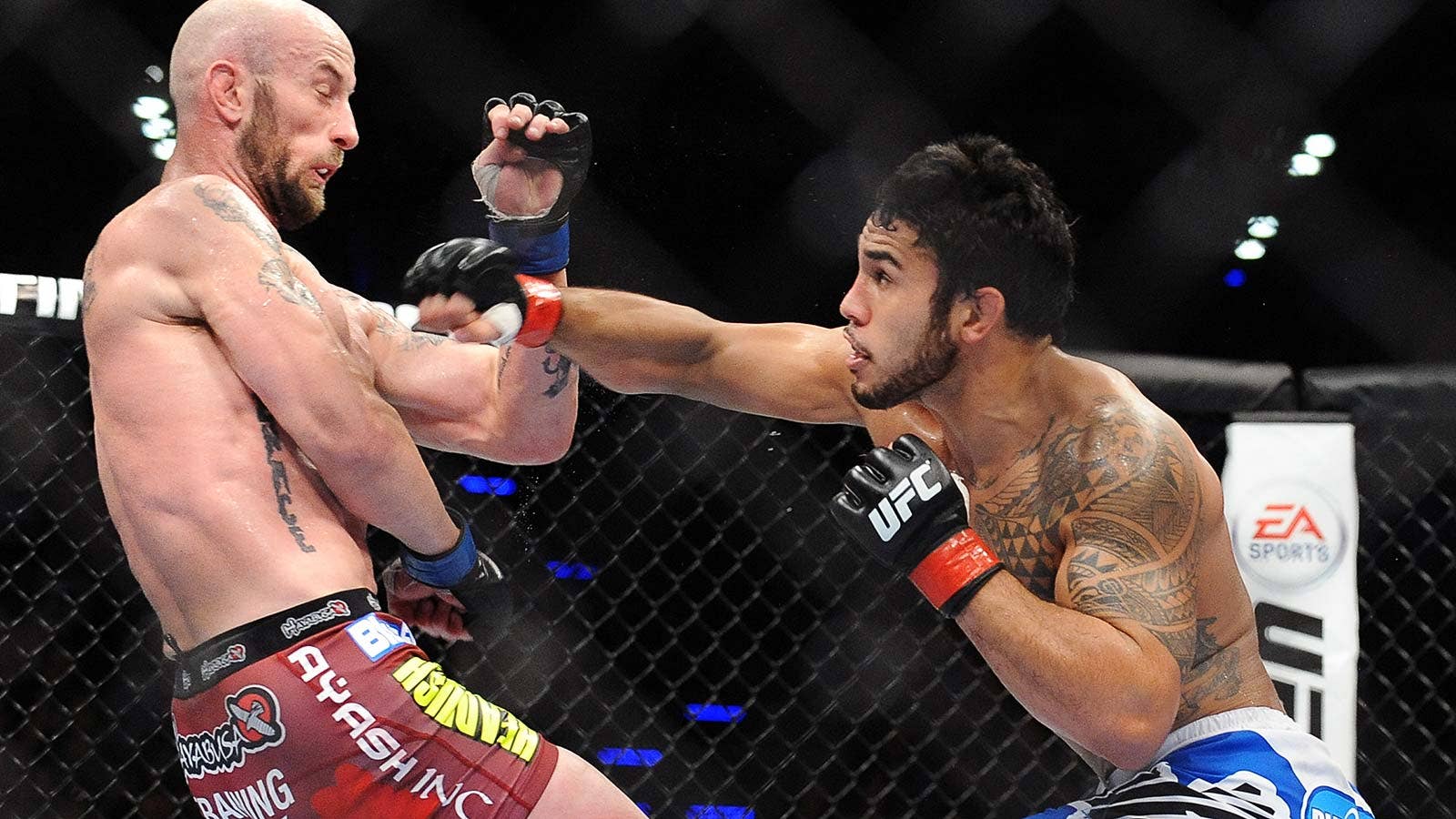 The Hawaiian is doing things a little different with his weight cut. Before he used to walk around at 215 pounds and cut to 185. He stays at about 205 now and feels better than ever.

“There was no sense putting myself through that hardship,” Tavares said.

He still has some time to carve out a spot among the UFC’s elite middleweights. Tavares feels like he’s still evolving and progressing. He knows how far he’s come since The Ultimate Fighter 11.

“I’m still young,” he said. “Look at the guys at the the top of the sport, a lot of them are early 30s and that’s when they really hit their peak. I think that’s where it really comes together, when athleticism meets experience and knowledge.”

That isn’t inaccurate. But he also knows he can get ahead of the game with a win against Larkin, especially if it’s decisive. It might be a Wednesday night in Duluth, but for Tavares it’s the biggest fight of his career thus far.