Serena Williams walked by a tennis court this week in San Francisco when she spied two men playing a friendly match. Peering through the fence like so many fans have done when she’s on the practice court, Serena eventually caught the attention of the starstruck guys who reacted with the proper amount of disbelief and awe. With her dog Chip in tow and her Snapchat rolling, the all-time winningest Grand Slam champion challenged the two to an impromptu hitting session.

Serena played tennis in boots with these 2 guys she saw on a court while she was out on a walk last night. IMAGINE. pic.twitter.com/kWXrTE73M9

“I don’t have on my Nikes,” Serena warned, showing off her high-laced boots. Not that such footwear would be a problem. Back in 2004, Serena famously warmed up at the U.S. Open wearing knee-high black boots. (They were Nikes, incidentally.)

She took off those boots off before the Open match though. Even if she had wanted to wear them, they went against the “customary tennis attire” rule that’s tennis’ equivalent of “no shirts, no shoes, no service.” The bikini bottoms and denim skirt that she also rocked during the tournament were apparently cool, however.

The video of this week’s pick-up game sadly and unfathomably doesn’t show Serena playing any points but we learn later in the video that she’s “still undefeated,” implying a victory. So, recreational players in San Francisco have pretty much the same amount of success against Serena as her peers in the WTA. 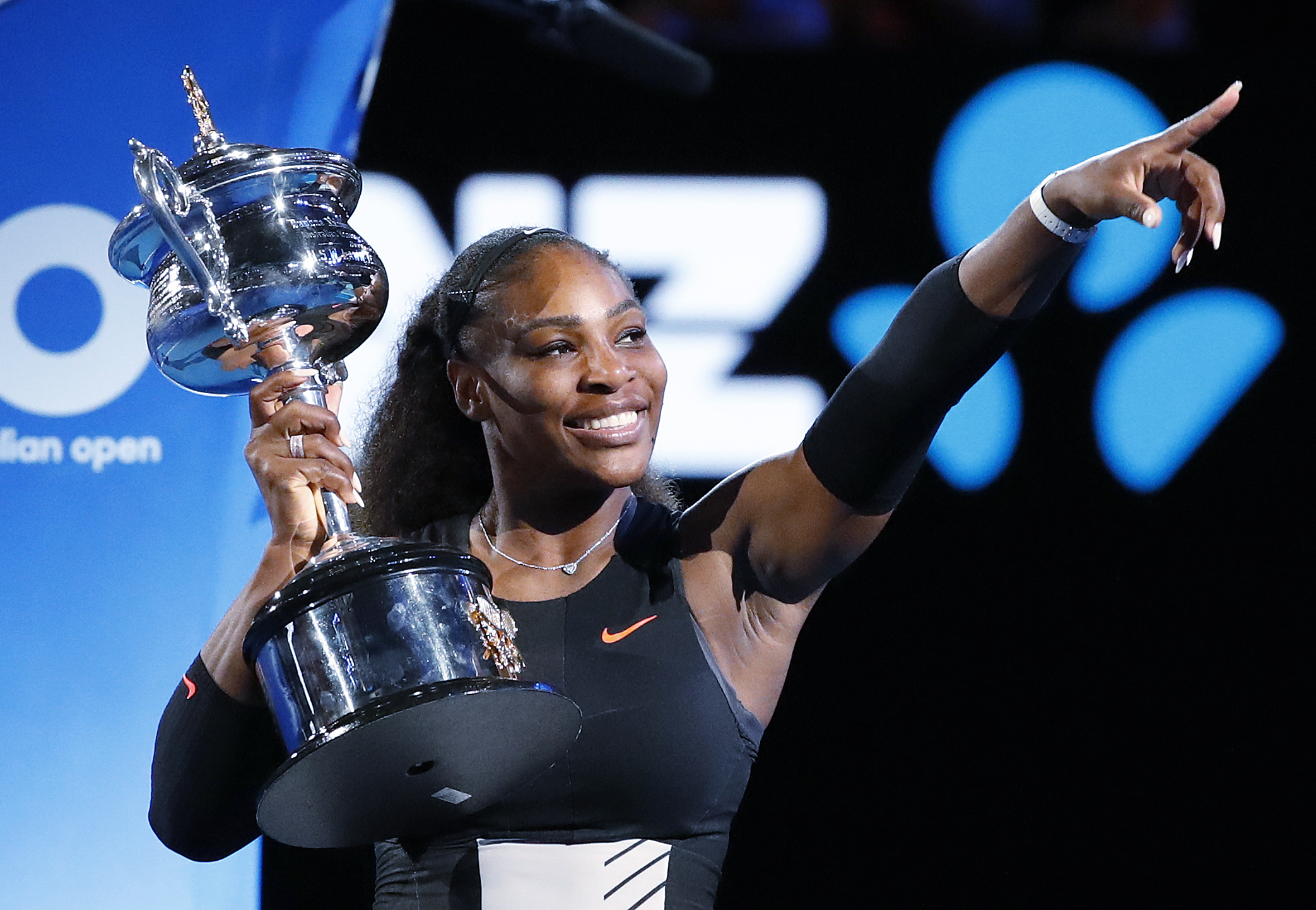 Gallery: Here are all 23 of Serena Williams' Grand Slam titles, in photos