Serena Williams is out. Do the American women have any chance at the French Open?

When former French Open finalist Simona Halep was asked to identify the favorites for this year’s tournament, she said there were about 15 possible winners. But now that Halep herself is “50/50” to play the event with an injury and one of the dark-horse favorites, Laura Siegemund, tore her ACL this week on a freak clay-sliding injury, that number might be closer to 25 and could be as high as 40. Seriously.

The main reason for the most wide-open major in recent memory is, of course, the absence of Serena Williams, who will miss her first Grand Slam since announcing her pregnancy. The French denying a wild card to two-time champion Maria Sharapova also hurts the star power of the field but gives further hope to the players waiting for their breakout, hoping to pull a Francesca Schiavone or Flavia Pennetta to stun the tennis world with a major win.

Can any Americans join that group? At first glance, uh, no. There are 16 women from the U.S. in the draw. Of those:

• 1 has never won a match at the French (Madison Brengle)

• 2 are veterans who’ve played well in Paris but are both 8-9 lifetime at the Slam (Bethanie Mattek-Sands (Q), Varvara Lepchenko)

• 1 entered the year as a top-10 player but is on a four-match losing streak and is just 3-5 in her injury-interrupted season (Madison Keys, who did make the fourth round last year but is 6-4 overall in the major)

• 1 is Venus Williams who, even when she was at her peak, was never very good at the French Open or on clay in general. She’s only been past the quarterfinals here once — when she was runner-up all the way back in 2002. She’s made just five QF appearances in her 19 Roland Garros starts and none of those came after 2006. Her results in the last 10 years (going backward): 4th/1st/2nd/1st/2nd/DNP/4th/3rd/3rd/3rd.

In other words, if there’s going to be any red, white and blue strength at this tournament, it’s not going to come from the American flag.

But, and there’s always a but, one name was left off that list above. It belongs to Shelby Rogers, who is instructive in the case of the sheer and total unpredictability of women’s Slams — the French in particular. Rogers had been 1-3 in Paris entering last year’s tournament. She had four Grand Slam victories to her name in her entire career. And then — out of nowhere — a win over No. 17 Karolina Pliskova in the first, over No. 10 Petra Kvitova in the third and then No. 25 Irina-Camelia Begu in the fourth before losing to eventual champion Garbine Muguruza in the quarters in a match in which Rogers held a set point on her serve in the opener. Rogers came out of nowhere — she was ranked No. 108 in the world — to get to the final eight and had the semifinals in her grasp.

So, if Shelby Rogers can make a run in Paris, there’s no reason Bellis, Brady, Chiro, Riske, Davis or McHale couldn’t do the same. Mattek-Sands, a doubles specialist, had to qualify to make the main draw and it wouldn’t be at all surprising if she was playing in the middle of the second week. Vandeweghe, who has struggled in this event, is coming off an Australian Open semifinal appearance and is playing her best clay-court tennis ever (which still isn’t great, but it’s better).

Keys hasn’t won on clay this season (0-3) and I’d imagine her rise will have to take place later this summer on courts that favor her game. As for Venus, everything is on the table with her. First-round upset, semifinal appearance — I’d put equal odds on either.

The 128 women in the draw have won a total of three French Open titles (one each to Svetlana Kuznetsova, Francesca Schiavone and reigning champion Garbine Muguruza), or one-third the total of Rafael Nadal. The two best players in the sport aren’t in Paris, injuries are affecting the one-time favorite and no one has pushed to the front of the pack in the lead-up to the clay-court major. Never will there be a Grand Slam as there for the taking as in Paris. 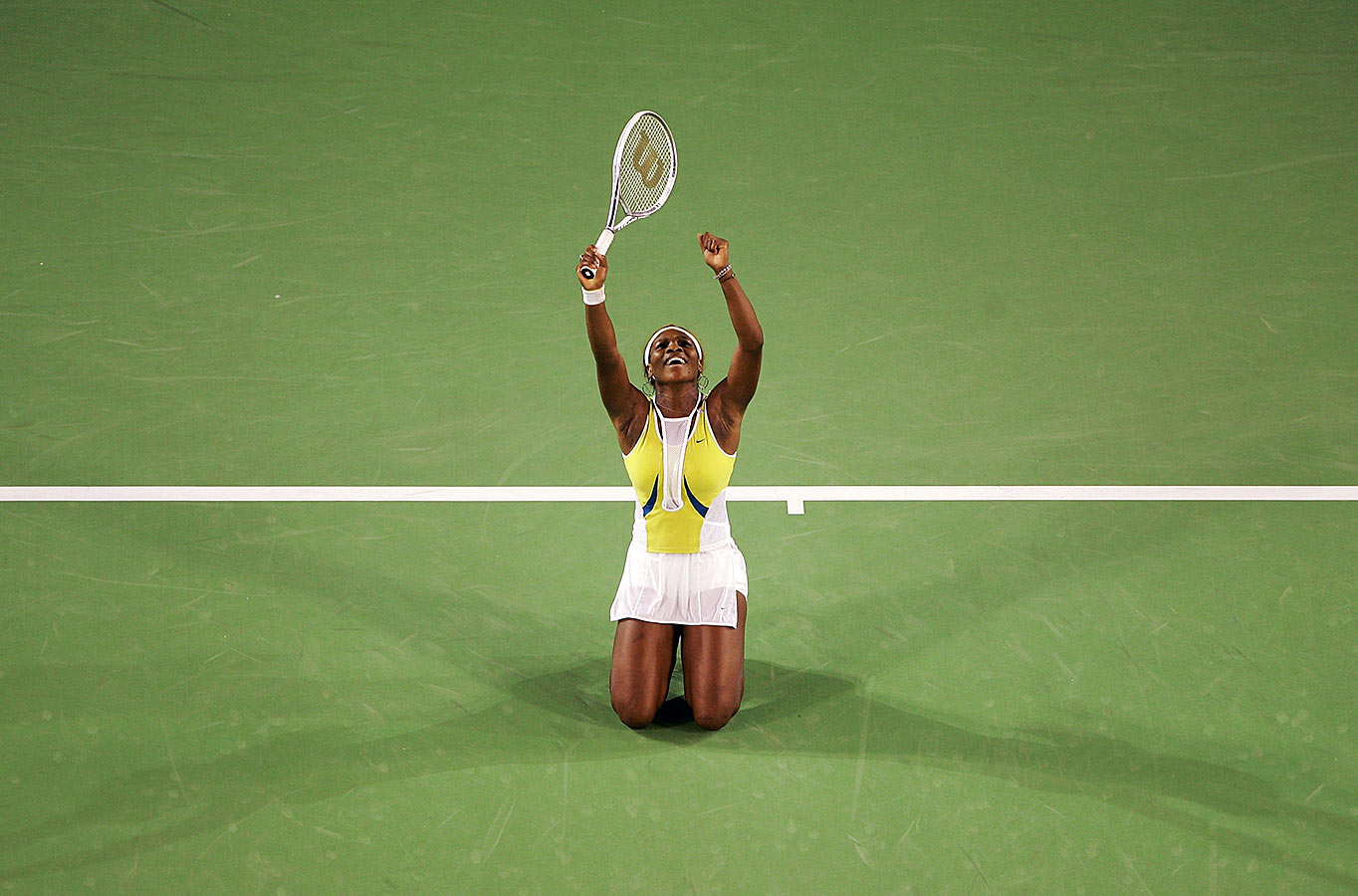 Gallery: This is Serena Williams' last week at No. 1. Will she ever get back?