Tennis used to be dominated by kids — here’s how Federer, Nadal and Djokovic changed that

Novak Djokovic turned 30 on Monday and subsequently made tennis, and old man, history. With Djokovic and world No. 1 Andy Murray both hitting the big 3-0 in the past few days, the ATP rankings now are topped by five men in their 30s, the first time that’s happened in the history of the sport. The current top five and their ages: Murray (30), Djokovic (30), Rafael Nadal (soon-to-be 31), Stan Wawrinka (32) and Roger Federer (35).

The sports of tennis has historically seen teenage winners at majors, players peak in the early 20s and then retire younger than Djokovic and Murray are now. That’s changed at a rapid clip — exactly 10 years ago, the ages of the top five players were 25, 20, 24, 25 and 26, respectively. You had to go all the way down to the 26th-ranked player in the world to find the first 30-year-old in the rankings. And there were the same amount of 30-year-old players in that week’s top 50 as there are in this week’s top five. Gradual change is to be expected. A seismic upheaval of a sport within the careers of the athletes at the top is almost unheard of.

Tennis isn’t exactly a sport for the athletic elderly — it’s just finally catching up to other sports such as football, basketball, baseball and golf where players tend to peak in their late-20s and early-30s and then have a steady decline as they progress through their fourth decade.

Ironically, the old-man achievement comes one day after the biggest achievements by the sport’s youth movement in a decade. Sascha Zverev, the 20-year-old German, defeated Djokovic on Sunday in the Rome Masters, becoming the youngest winner of such an event since Djokovic himself won Miami as a 19-year-old. Far more staggering is the fact that Zverev became the first player born in the 1990s to win either a Grand Slam or a second-tier Masters 1000 event. Think on that. There are 27-year-olds who were born in 1990. Federer already had 12 majors at that age. And up until Sunday, nobody in the sport had even won in places like Cincinnati and Shanghai.

So what is it? What accounts for one of the most dramatic demographic shifts in sport?

Physical fitness – At night, Bjorn Borg and John McEnroe hung out at Studio 54 with Bianca Jagger and Andy Warhol. Novak Djokovic sleeps in a pod. It’s not fair to say athletes are only now learning to take care of their bodies — Andre Agassi was a workout warrior and it paid off when he became the oldest man to ever hit No. 1 (he was 33). But with advancements in the understanding of exercise, nutrition and recovery, tennis players have never before been so prepared to delay their tennis twilight.

Stamina – Gone are the days of serve-return-winner points. Rallies are getting longer. Players are fighting for every point. Matches go longer. Stamina becomes more crucial than ever. And teenagers and kids in their early-20s simply don’t have the bodies to deal with that yet. It’s the same reason NBA players aren’t coming into the pros and dominating like they used to. There’s an adjustment period now that everybody is built like a linebacker. Zverev is still a lanky kid. When he puts on some muscle, as Djokovic did in his mid-20s, watch out.

Technology – Racquets are lighter than ever, which helps create power. They’re bigger than ever, which helps with accuracy. And then there are the strings, the most overlooked aspect of the tennis revolution. New polyester strings grip the balls better than ever and allow players to roam the baseline with the confidence in knowing their racquet speed and strength will allow them to hit a missile with 3,300 RPM that curves just inside the court.

All three things go hand in hand. Better fitness builds stamina and power, thus allowing players to take advantage of the newest tennis tech, which they use to compound their endurance and strength. On and on it goes.

As a result, teenagers aren’t just not winning Slams, it’s news when they make the second week (Zverev never did it in his teens). Michael Chang won the French Open 28 years ago as a 17-year-old. Today, the highest-ranked player of that age is No. 336. Only one teen is in the current top 100 (American Francis Tiafoe at No. 66). And it doesn’t get much better once they hit their 20s. Only two players under the age of 23 are inside the top 40. There were eight such players in those 2007 rankings.

(If you’re wondering whether the same thing is happening in the women’s game, it’s not. Though we’re not seeing teenagers win Slams like we did in the days of Graf, Seles, Hingis, Venus, Serena and Sharapova, there hasn’t been a shift toward 30-year-old dominance among players who don’t have the surname Williams. Only two other 30+ women besides Venus and Serena are in the top 20.)

Of course, there’s one other component that plays a rather large part in the maturation of tennis. The players in the top five are either among the greatest who ever lived (Federer, Nadal, Djokovic) or multiple Grand Slam winners who might have a handful if they’d been born in a different era (Murray, Wawrinka). They take up most of the oxygen in the sport and their success has helped stunt, or stop, the growth of the generation that was supposed to follow.

That’s not to say the middle-aged movement won’t continue. There are too many other 30+ players at the top of the sport to chalk it up to the longevity of the modern greats.

How will the rankings look in five years? Will the 20-somethings who’ve paid the price for being born just after Djokovic and Murray be atop the sport as 30-somethings? Will the generation of Zverev, Kyrgios and Tiafoe jump them completely, bringing tennis back from over the hill or can Djokovic, Murray and Nadal pull a Federer and continue playing at a high level into their mid-30s? And count out Federer at your own peril. If Jimmy Connors could make a U.S. Open semifinal run at 39, eight years removed from his last Grand Slam, The Fed has at least a Wimbledon final in him should he stay around that long. If 30 is the new 20, what’s to stop 40 from becoming the new 30? 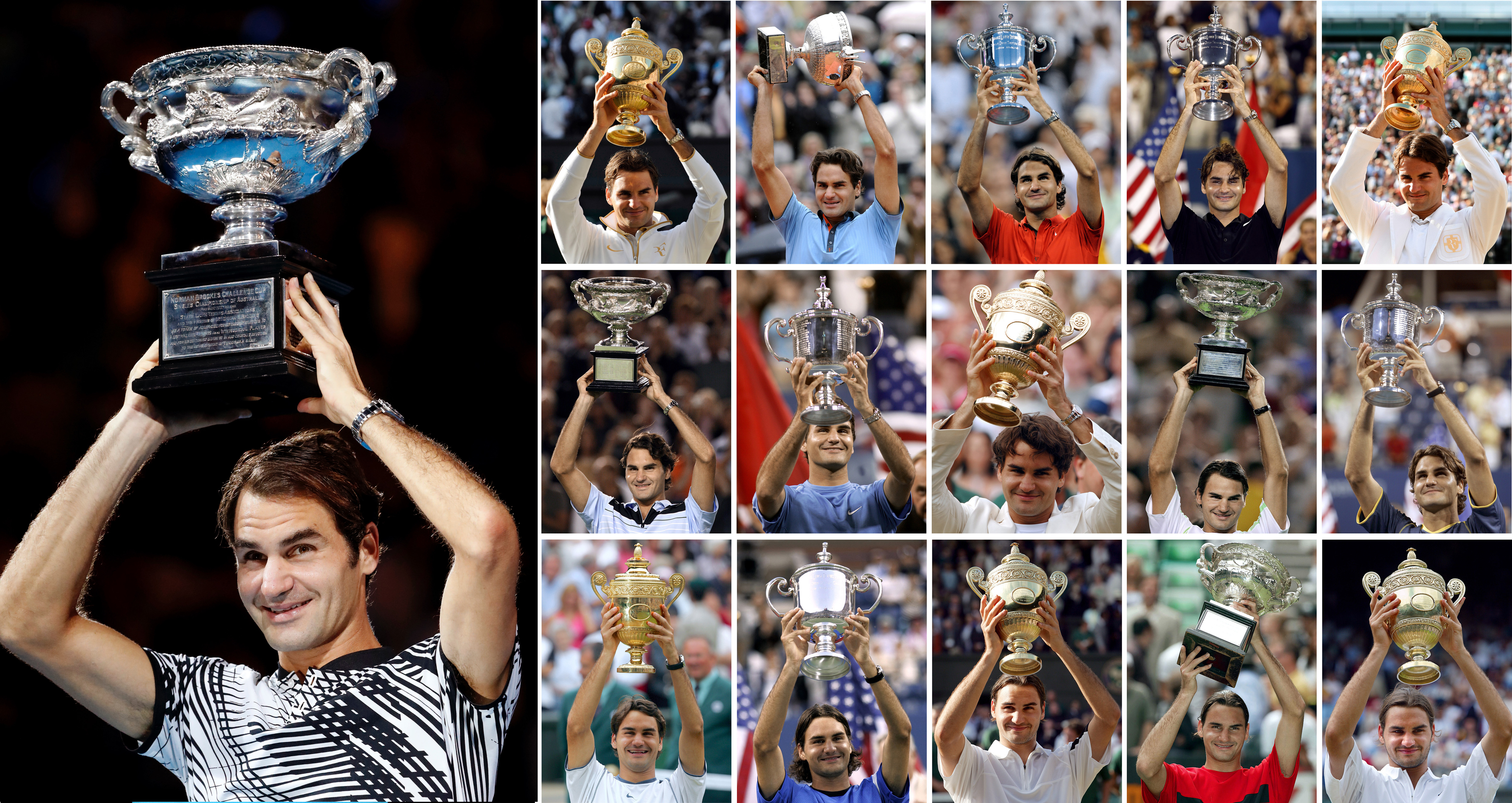