With over 400,000 children in foster care and a new child arriving every two minutes, Ticket to Dream works diligently across the nation to help foster kids just be kids. For thousands of children this means creating access and opportunities that allow them to discover their strengths and passion through sports and extracurricular activities, while also strengthening their future through education and support services that lead to graduation. Together with our communities and partners we create hope for foster kids of all ages. 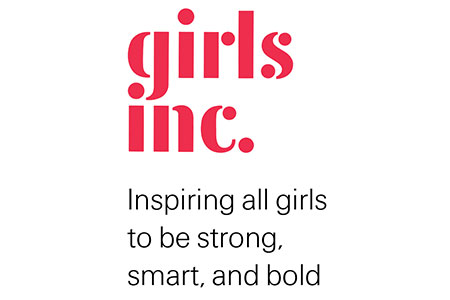 Girls Inc. inspires all girls to be strong, smart, and bold through direct service and advocacy. Our programming – in partnership with schools and at our centers through 82 local organizations – focuses on the development of the whole girl. A combination of long-lasting mentoring relationships, a pro-girl environment, and research-based programming equips girls to lead healthy and productive lives, break the cycle of poverty, and become role models in their communities.

Founded in 1973, the Jackie Robinson Foundation (JRF), is a public, non-profit organization, that administers one of the nation’s premier education and leadership development programs for minority college students. In addition to providing four-year scholarships, JRF offers a comprehensive set of support services that has led to a consistent, nearly 100% graduation rate. Over four decades, JRF has disbursed over $75 million in financial grants and direct program support to 1,500 students who have attended over 260 different colleges and universities across the country, and are true ambassadors of Jackie Robinson’s legacy of service and humanitarianism.

The Mission Continues empowers veterans who are adjusting to life at home to find purpose through community impact. We deploy veterans on new missions in their communities, so that their actions will inspire future generations to serve. Since our founding, we have always been a nonprofit, non-partisan organization dedicated to bringing together veterans and innovative community organizations to create transformational change for communities in need all across the country. Our operations in cities nationwide deploy veteran volunteers alongside non-profit partners and community leaders to solve some of the most challenging issues facing our communities: improving community education resources, eliminating food deserts, mentoring at-risk youth and more.

streetfootballworld is an international organization that harnesses the power of football for good. We‘re building an alternate vision of the game: focusing the universal passion for football tackling the greatest social challenges of our time. Our work supports a global network of 120 community organizations that place football at the heart of sustainable social change. From refugee integration in Ireland to gender equality in Kenya, we change the world through football.

We believe in the power of soccer, the world’s universal language, to create positive change for individuals, families, communities and the world. We envision a more inclusive world where all young people have the opportunity to reach their full potential. We contribute to this vision through innovative youth-development programs for under-served youth in the United States and abroad that create avenues for growth, inclusion and personal success.

Action for Healthy Kids helps kids be more active, healthy, and successful in school and life.  By collaborating with local school professionals, parents and communities, Action for Healthy Kids provides grants, training and resources that help them provide access to healthy food options, physical activity and supportive school environments where all students can thrive.