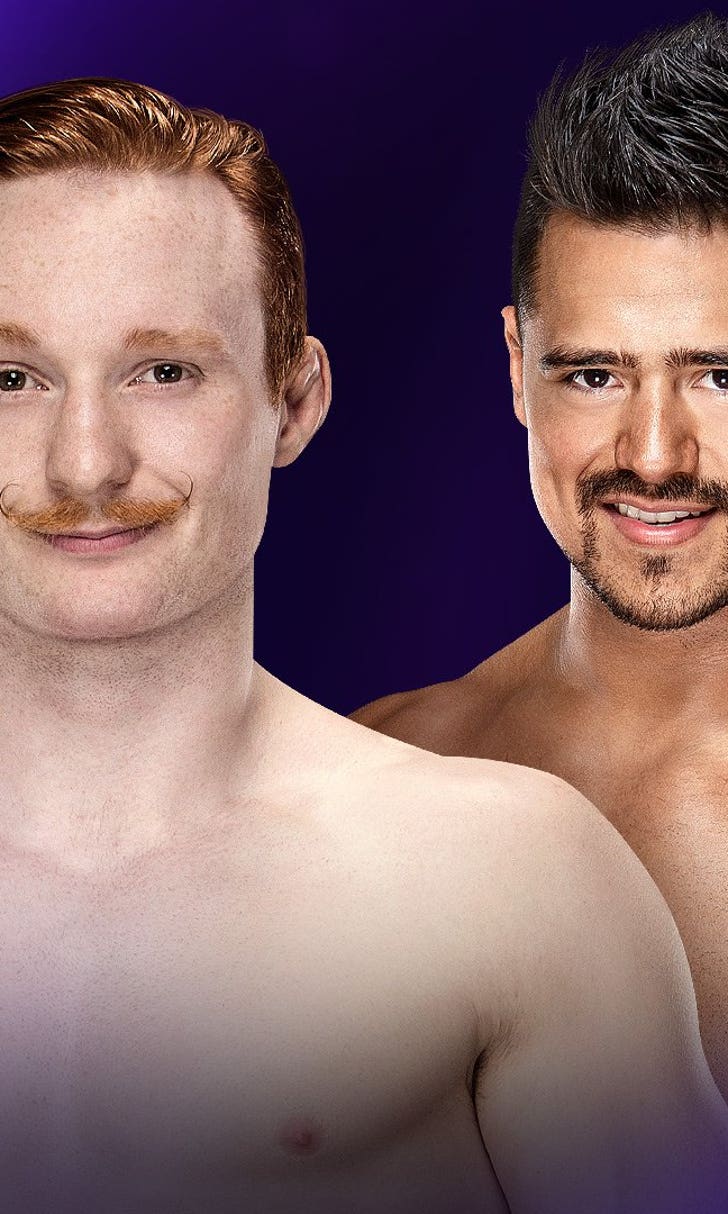 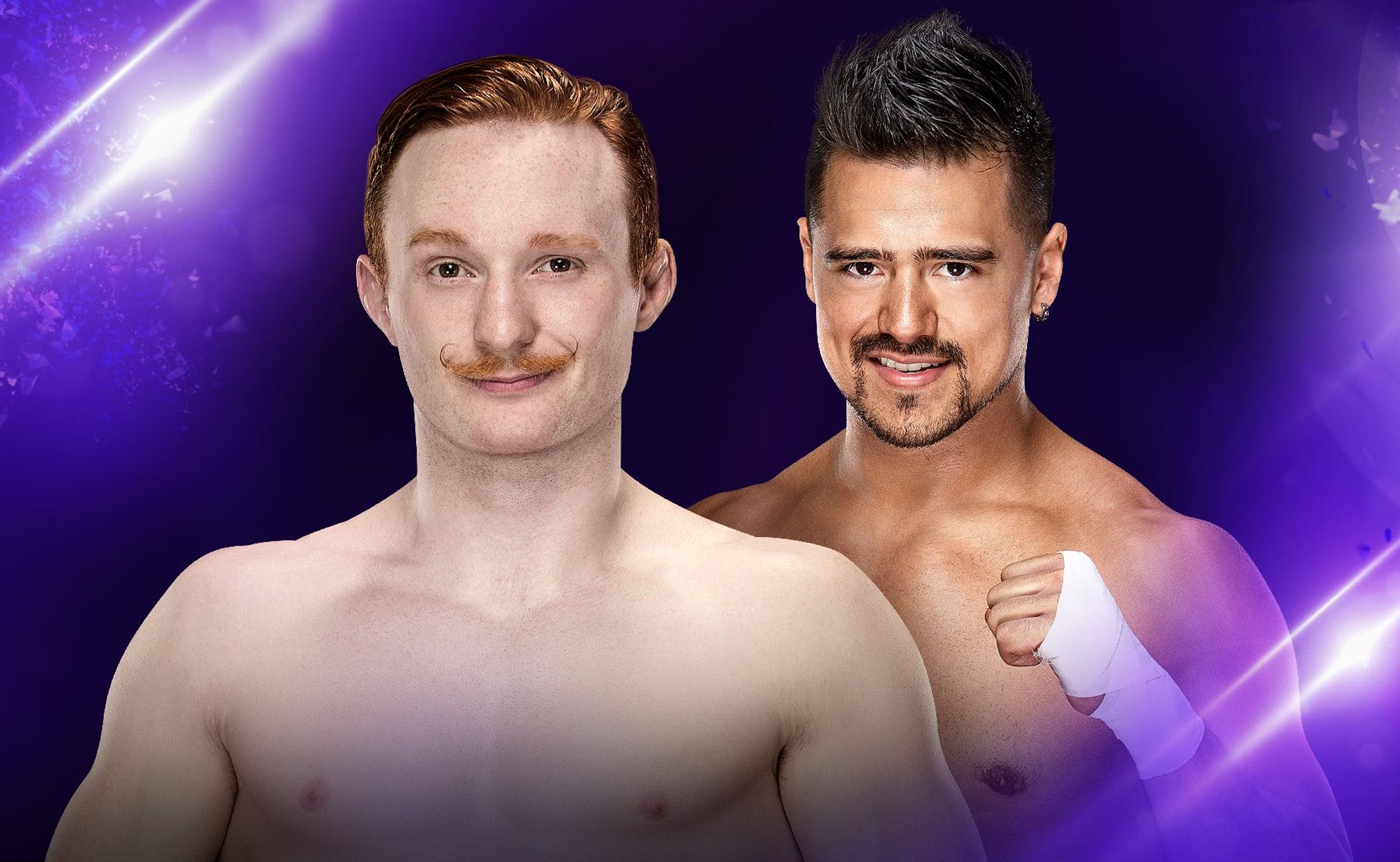 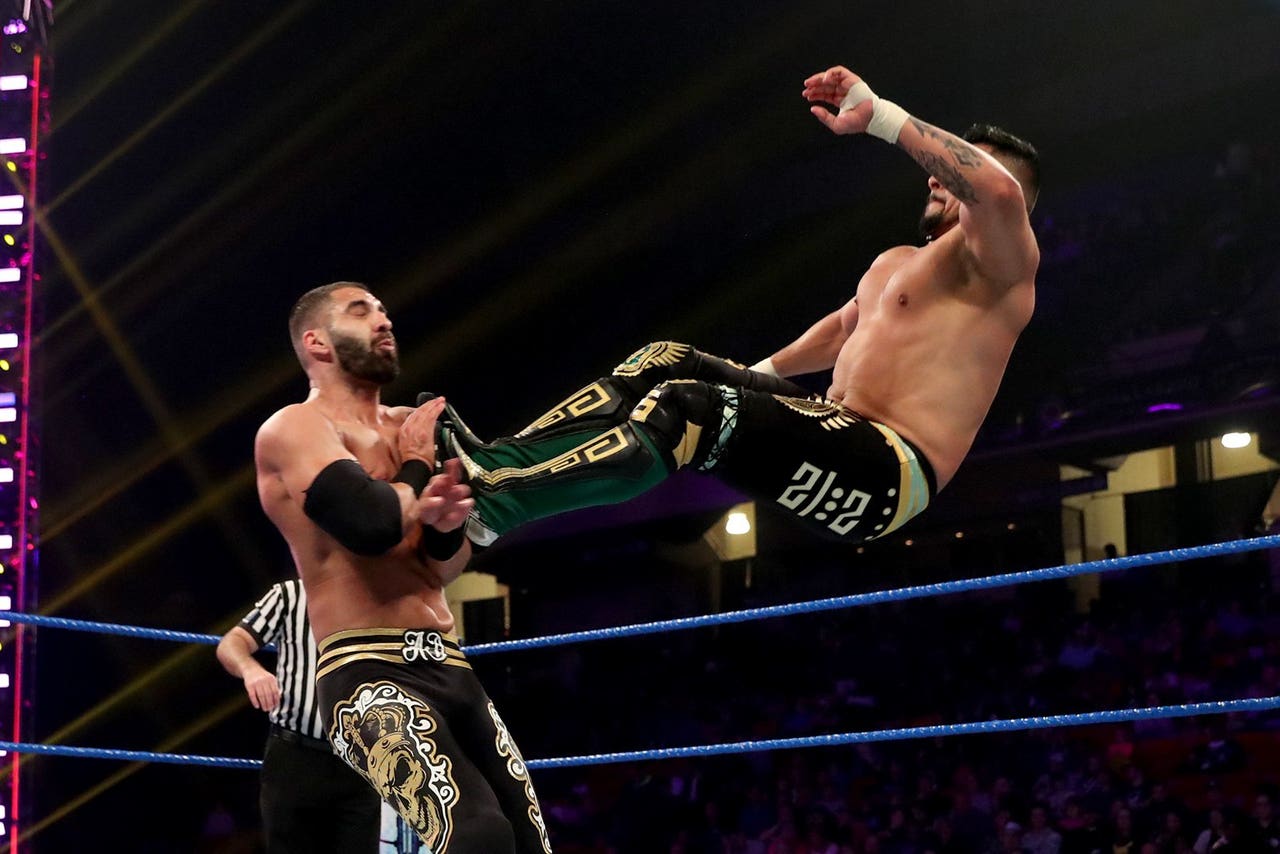 After joining forces with Tony Nese for a tag team match against Raul Mendoza and NXT Cruiserweight Champion Lio Rush last week, Ariya Daivari set his sights on Mendoza in singles action. As a WWE 205 Live original, The Persian Lion has a territorial attitude toward the purple brand and wants to teach respect to newcomers like Mendoza.

Daivari Dinero started the contest with the advantage, but the speed and in-ring awareness of Mendoza led to a great deal of frustration for Daivari. Mendoza maintained pressure, diving through the ropes and torpedoing his opponent on the outside.

After pushing Mendoza off the top rope to the outside, Daivari regained control and taunted the WWE Universe. Daivari suppressed all of Mendoza’s counter attempts, even brutally hip tossing his opponent into the turnbuckle. The Persian Lion attempted a splash off the top, but his opponent rolled away.

Finding a second wind, Mendoza turned up the pressure and outmaneuvered Daivari with speed and agility. Despite a late flurry from Daivari and a back-and-forth sequence, The Persian Lion whiffed on his Hammerlock Lariat on the first attempt, but after countering Mendoza, Daivari executed the move and secured the victory. 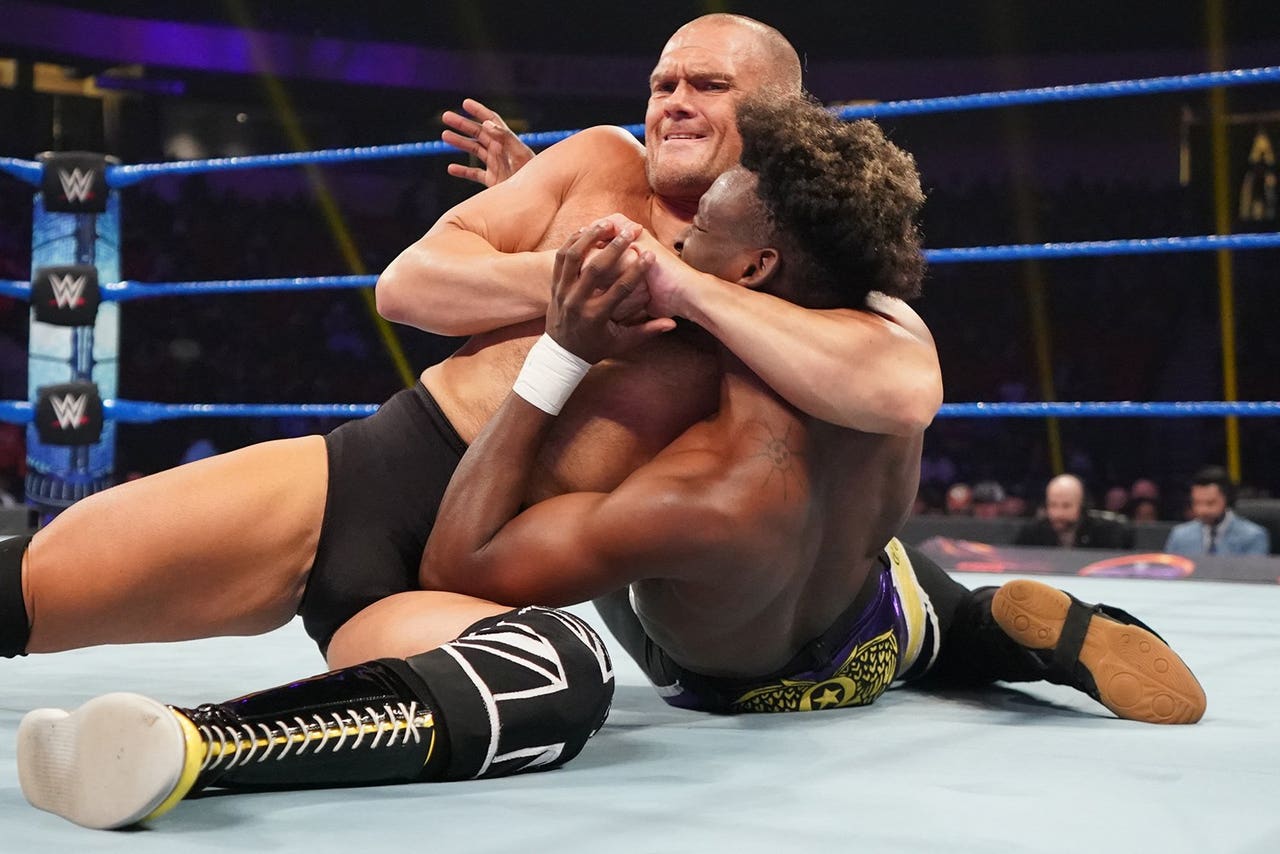 Making his WWE 205 Live singles debut, Danny Burch looked to bring his brand of pure intensity and toughness to make a statement on the purple brand. Following a push from his opponent Greg Williams, Burch answered with a resounding slap.

As Williams recovered, he attempted to leap over Burch but was caught by the ankle in mid-air and dropped face-first before eating several European uppercuts. Burch maintained control, dishing out punishment, but Williams recovered and unleashed a flurry of offense.

Burch responded by decimating his opponent with a headbutt before unleashing a beatdown that ended with a Hangman’s DDT for the victory. 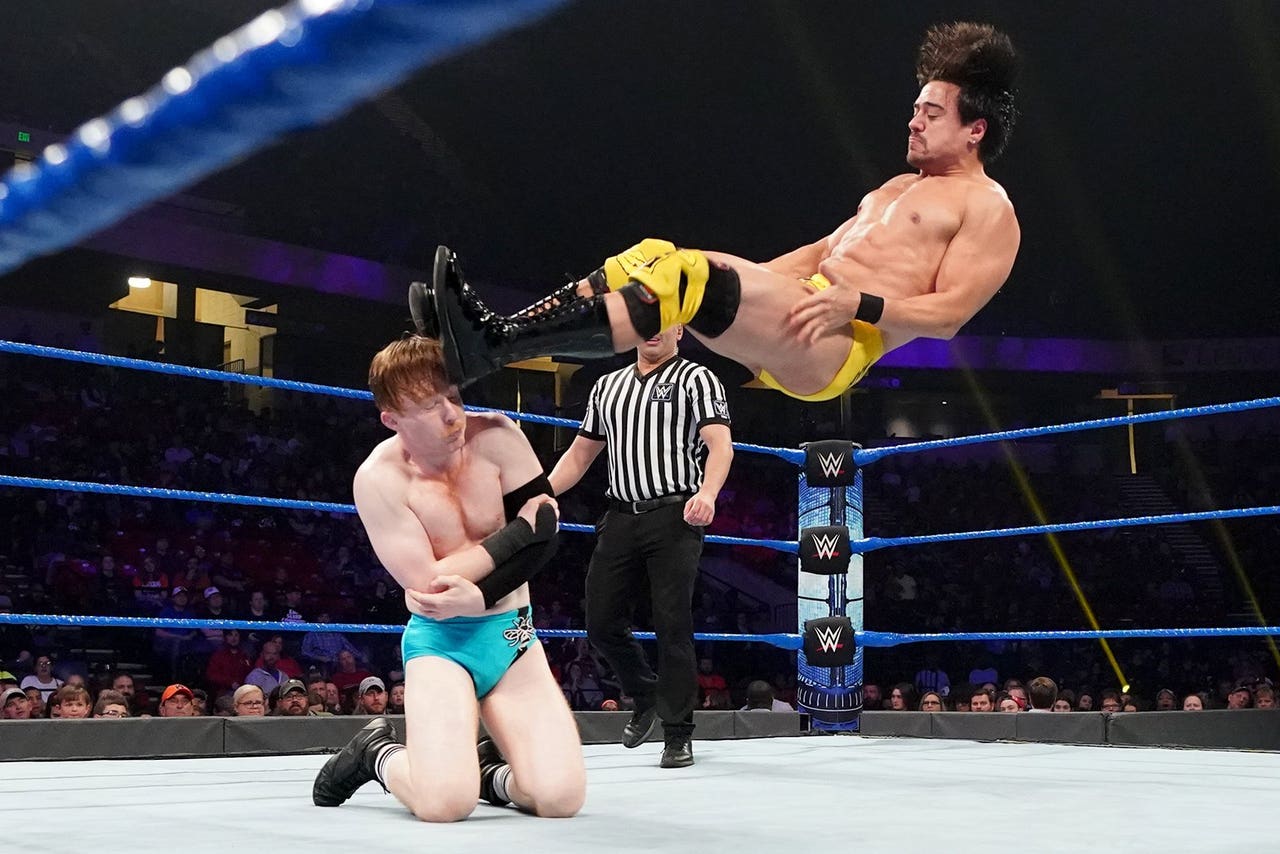 Last time Gallagher and Garza squared off, the Mexican Superstar emerged victorious, leaving Gallagher distressed. As their rematch got underway, Garza attempted to rip off his own pants, but Gallagher was in no mood for his opponent’s antics. Using his unorthodox and technical ability, the British Superstar kept Garza on defense and retreating to the outside to trade verbal jabs with the WWE Universe.

Garza slowed Gallagher’s momentum by demanding a handshake only to slap his opponent.

Finally ripping off his pants, Garza turned up his aggression and focused his attacks on his opponent’s ribs.

Preparing to finish the contest, Garza was countered, and Gallagher delivered the Gentleman’s headbutt, only to be leveled by a superkick by Garza. They traded blows in the center of the ring until Gallagher unleashed his rage and delivered the Gentleman’s dropkick to Garza’s jaw. However, the effort did not pay dividends, as Garza broke up the pinfall by barely putting his foot on the ropes.

As Gallagher launched off the ropes, Garza caught him and executed the Wing Clipper for the victory.

After the match, a distraught Gallagher approached the announce table and started to throw chairs at the official in frustration. As security confronted Gallagher, he flipped out and tore apart one of the security guards before being pulled away by WWE 205 Live General Manager Drake Maverick. As Maverick yelled at Gallagher, the British Superstar delivered a Gentleman’s headbutt to Maverick before exiting.

Since arriving to compete on WWE 205 Live, Raul Mendoza has earned the respect of NXT Cruiserweight Champion Lio Rush, which led to the two Superstars joining forces against Tony Nese and Ariya Daivari. The Persian Lion hasn’t taken kindly to the new faces on WWE 205 Live, reminding everyone that he is one of the original Superstars on the purple brand and insisting that he will make life difficult for any any new competitors.

Tonight, Daivari and Mendoza will square off in singles action in the ultimate battle for respect. 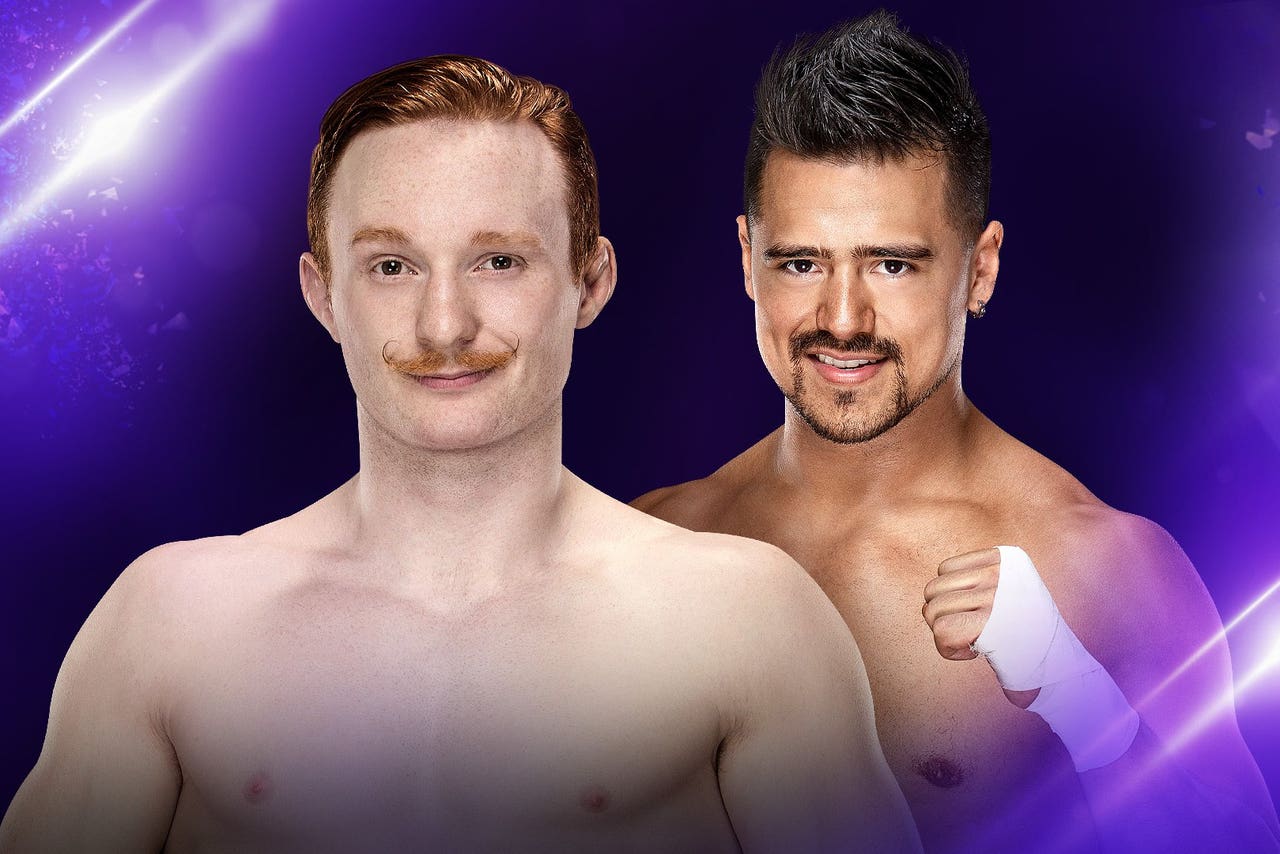 Between WWE 205 Live and WWE NXT, Angel Garza has certainly captured the attention of the WWE Universe as he continues his quest to capture the NXT Cruiserweight Championship. Garza feels he should already have the title, but Lio Rush remains a fighting champion. Nevertheless, the Mexican Superstar faces a major obstacle in his journey to another title opportunity in the form of Gentleman Jack Gallagher.

In recent weeks, the British Superstar has struggled, including against Garza two weeks ago on WWE 205 Live, but a victory over Garza in tonight's rematch would be just the boost he needs.

Plus, Danny Burch will be in action tonight!