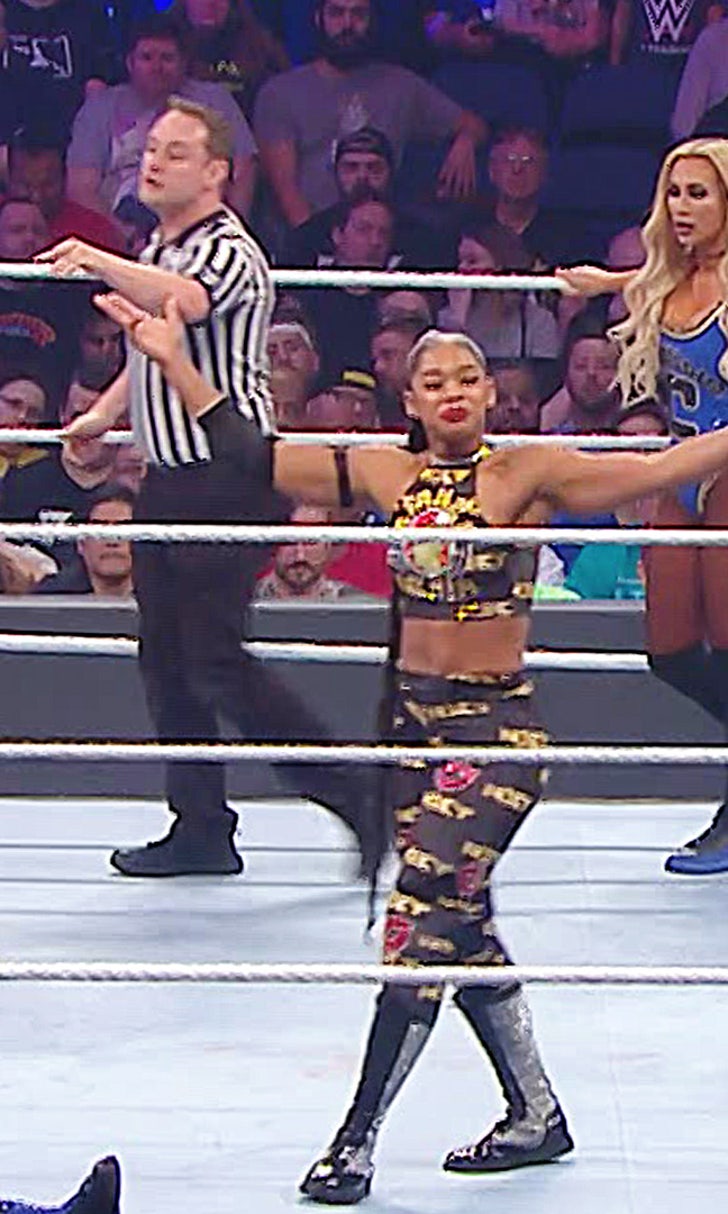 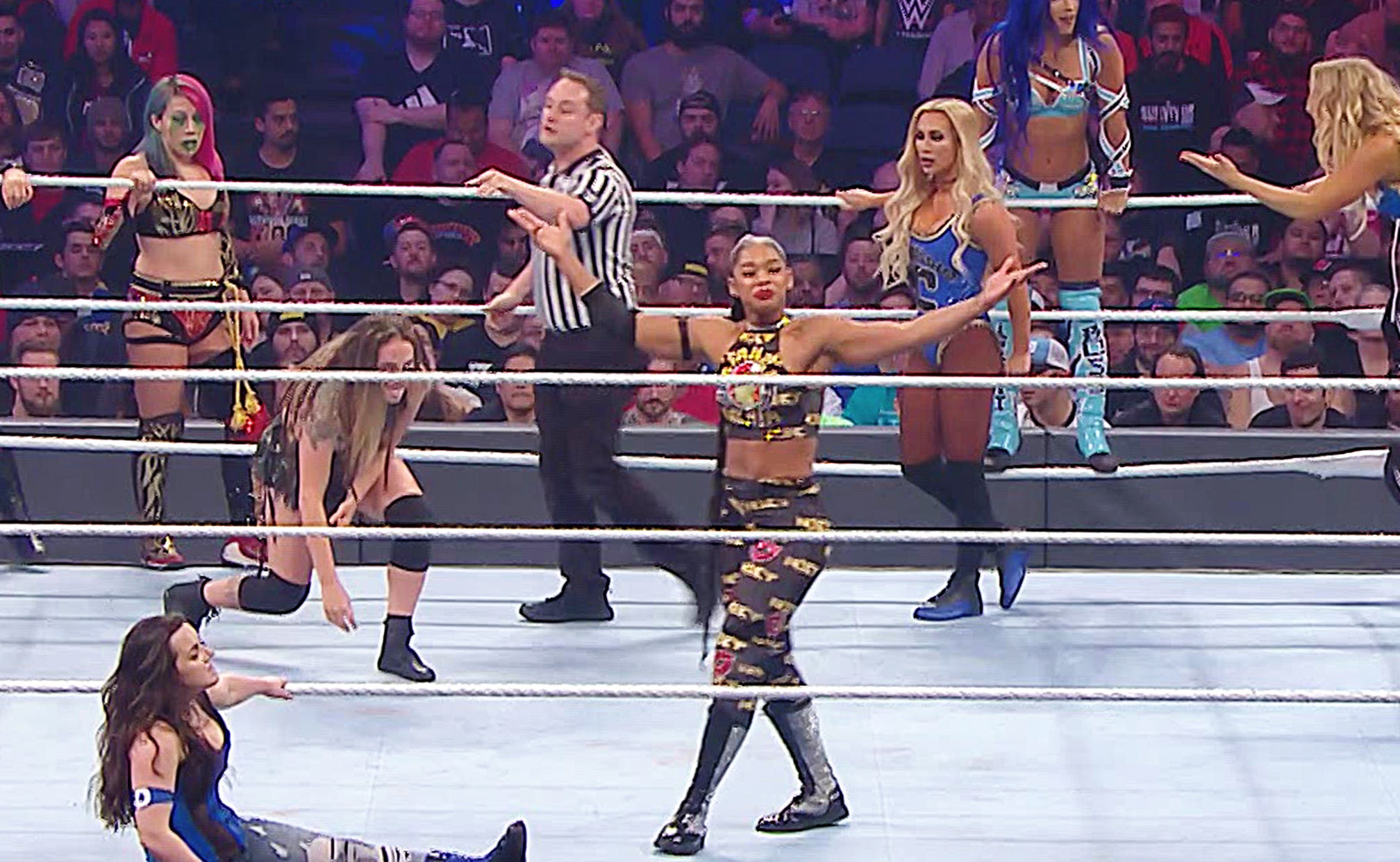 CHICAGO — In a matter of days, Rhea Ripley has gone from rising star to veritable supernova, and her performance at Survivor Series — where she led Team NXT to victory over Raw and SmackDown’s five-Superstar squads — suggests The Nightmare isn’t slowing down anytime soon.

The first Traditional Survivor Series Elimination Match of the evening was unprecedented in nature: With the rules modified to accommodate the three-team lineup, each team had a representative in the ring at any given time, meaning the action, and the eliminations, came fast and furious.

Early on, it appeared that Team NXT would be fighting from behind after Candice LeRae and Io Shirai were injured in a flurry of action and taken to the back. As the battle wore on, attrition took its toll on each unit: Bianca Belair ousted SmackDown’s Nikki Cross and Raw’s Sarah Logan in short order; Raw team captain Charlotte Flair used Natural Selection to eliminate Carmella; and Kairi Sane’s InSane Elbow stopped short of notching an elimination when SmackDown team captain Sasha Banks swooped in and hit Sane with a meteora, resulting in The Kabuki Warrior’s dismissal.

Team Raw, meanwhile, was plagued by enmity, as a rough tag by Asuka to Charlotte quickly escalated into a shoving match, and before long, The Empress of Tomorrow spewed green mist in The Queen’s eyes and walked out on her partners. Still blinded by the potent mist, Charlotte was left vulnerable to a Women’s Right by Lacey Evans, resulting in Flair’s elimination.

After Natalya pinned The Lady of WWE with a roll-up and Sasha and The Queen of Harts forced Belair to submit to a combination Sharpshooter/Banks Statement, the playing field was once again even, with Natayla, Sasha and Ripley remaining.

The blue-haired Boss feigned forming a partnership with Natalya, only to waylay and eliminate the third-generation Superstar. However, as Ripley and Banks brawled for the right to be the sole survivor, LeRae and Shirai returned from the locker room and, having never been officially eliminated, provided a timely save, helping The Nightmare escape Sasha’s Bank Statement submission attempt. Candice then distracted the referee, allowing The Genius of the Sky to take flight with a picturesque springboard dropkick to Banks that preceded a match-winning Riptide by Ripley.

Putting their differences aside for the night, Ripley, LeRae and Shirai savored the win, which not only came one night after all three Superstars competed in a barbaric and historic Women’s WarGames Match, but which also gave the black-and-gold brand a 2-1-1 lead over SmackDown and Raw on the Survivor Series scorecard.