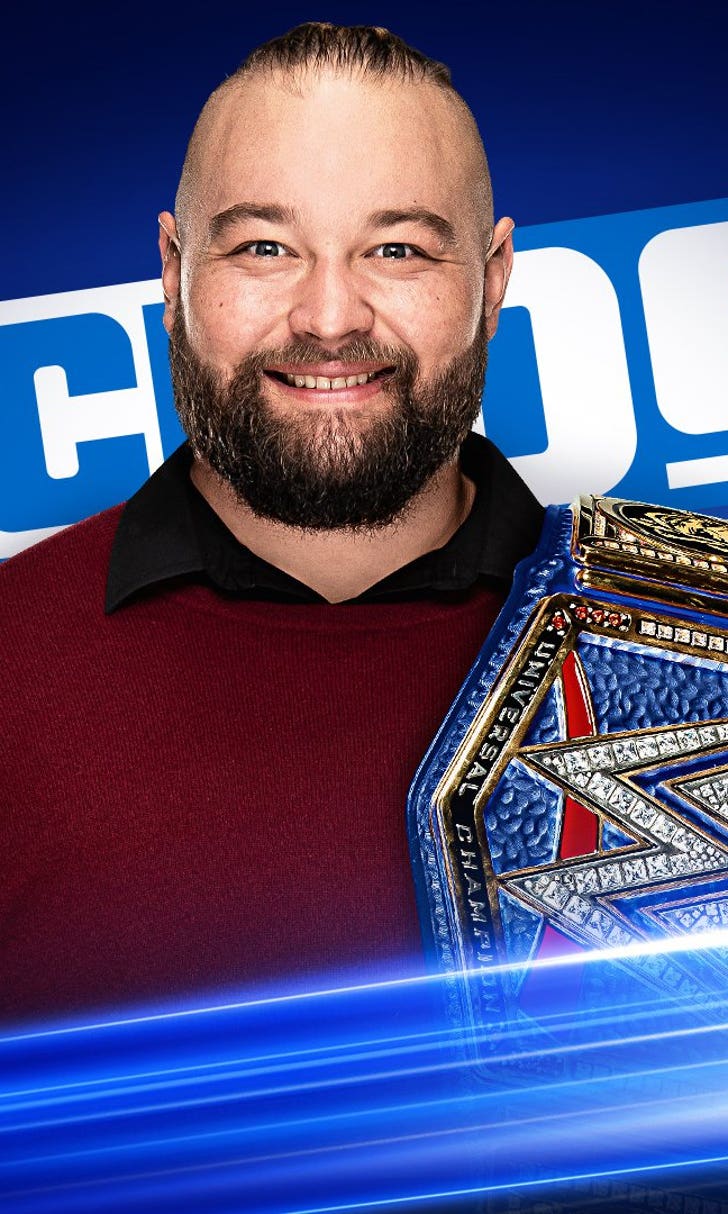 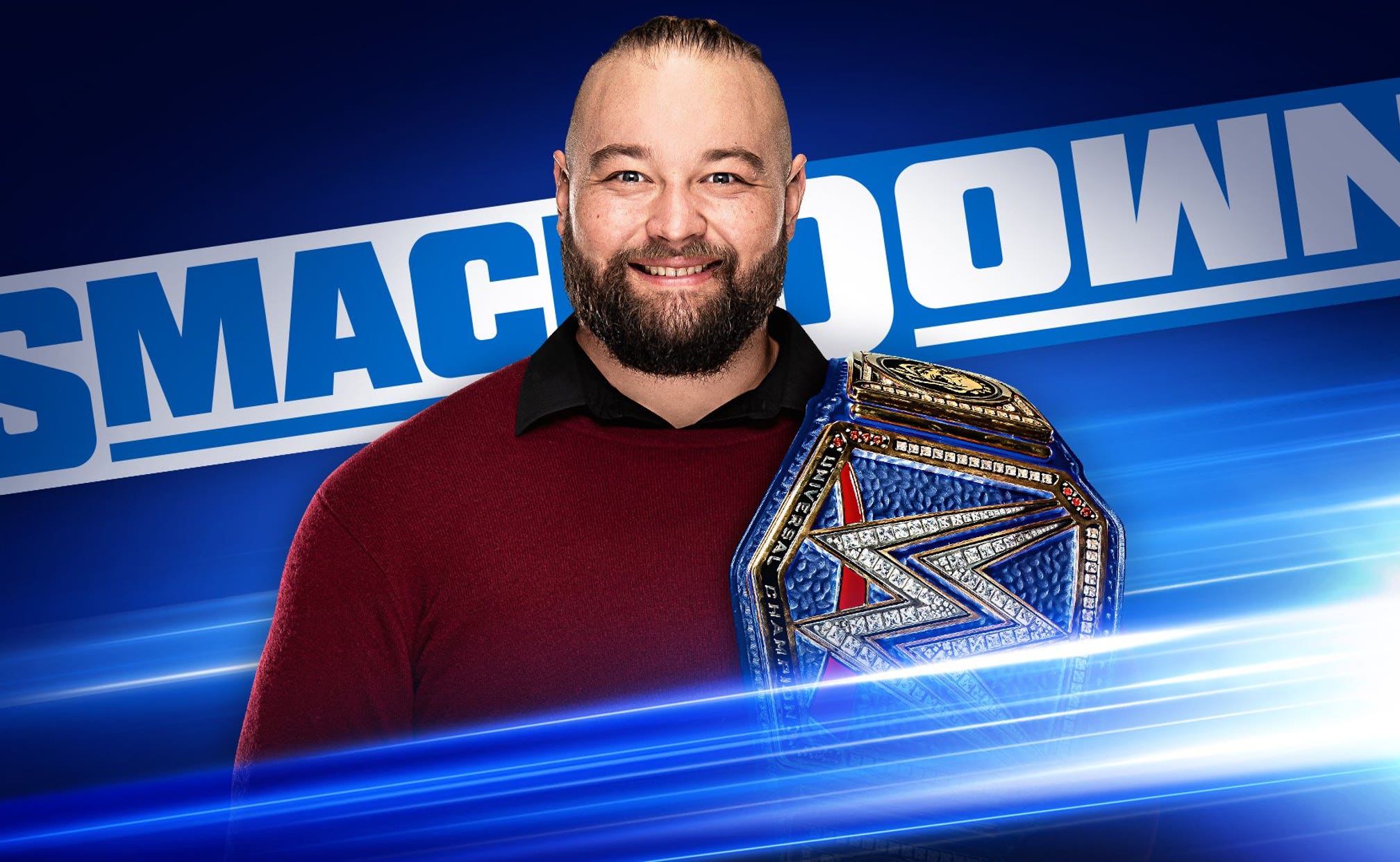 SmackDown ended in unsettling fashion with “The Fiend” Bray Wyatt dragging Daniel Bryan underneath the ring. Elsewhere, The Big Dog sent an emphatic message to King Corbin, and The New Day defended the SmackDown Tag Team Titles in an open challenge.

Joining forces to battle for brand supremacy, in theory, should have brought SmackDown's Superstars together, but Survivor Series only escalated the conflict between Roman Reigns and King Corbin.

Reigns walked into SmackDown in Birmingham, Ala., looking to get his hands on Corbin, but the blue brand's highness instead opted to throw one of his royal disciples in his way.

That was no problem for The Big Dog, who defeated Robert Roode in singles action, then sent an even louder message to his royal rival.

Days after he was the sole survivor to win the five-on-five-on-five Survivor Series Match for the blue brand, Reigns kicked off SmackDown to wish the WWE Universe a Happy Thanksgiving and express his gratitude to all of his peers on Team SmackDown — except for Corbin, instead calling him out to the ring.

The King answered and blamed The Big Dog's "ego" for Team Blue's infighting at Survivor Series. Reigns posited that the two could settle their issue right then and there, but Corbin elected to have Roode fight his battle on this night.

That set into motion what was essentially a three-on-one Handicap Match with Corbin and Roode's tag team partner Dolph Ziggler at ringside, and the two made their presence felt to help Roode control much of the action.

With Corbin distracting the official after handing his scepter to Roode, The Glorious One looked to finish off Reigns, but he instead ate a decisive Spear.

The fight was only beginning for Reigns at that point. The Big Dog had to battle all three adversaries after the bell, but Roode received the worst punishment after Reigns evaded what would have been a devastating scepter blow with his head resting on an unfolded steel chair.

Incensed at what appeared to be an attempt to put him out of action for good, The Big Dog again crushed Roode with a Spear, this time through the barricade with Corbin helplessly watching from the ramp.

From there, Reigns buried Roode in a rubble of the barricade, announce desk and other ringside instruments, leaving Corbin with much to ponder before he made his next move

Drew Gulak set out on Friday to prove once and for all that the blue brand made a mistake by leaving him off Team SmackDown at Survivor Series, but all he got for his troubles was a loss to Mustafa Ali.

Taking to social media throughout the week to criticize Ali's Survivor Series performance and insist that he was the right man for the job instead, Gulak went toe-to-toe with his longtime rival on SmackDown.

But before The Philadelphia Stretcher knew it, Ali had planted him with a tornado DDT, then followed with the 450 Splash to earn the pinfall victory.

And with that, it was back to the drawing board — or PowerPoint presentations — for Gulak.

Bayley and Sasha Banks set out to cast blame for the SmackDown women’s Survivor Series shortcomings, but they may have only drawn the attention of the next challenger to Bayley's title.

The SmackDown Women's Champion and The Boss had sharp words for their peers, with Banks attributing her team's Survivor Series five-on-five-on-five defeat to not being able to choose her teammates.

Having apparently had enough with the verbal derision, Lacey Evans took to the ring to give Bayley and Banks a piece of her mind — and for The Boss, a Woman's Right.

The Sassy Southern Belle tapping Bayley's championship as a way to mock the titleholder’s tap-out loss to Shayna Baszler at Survivor Series proved to be a step too far for Banks, who stepped in front of her close friend and ally before eating a right cross from Evans.

With Evans making her exit, a stunned Bayley was left to check on The Boss, having received an emphatic warning.

Little Miss Bliss is back, and her arrival spelled bad news for Fire & Desire on SmackDown.

Earlier in the week, Deville and Mandy Rose used social media to voice their displeasure about being passed over in favor of Cross to represent Team SmackDown at Survivor Series, and The Golden Goddess took it a step further prior to the bout, cruelly insulting Cross.

Though she quickly overwhelmed Cross with vicious strikes, Deville found herself pinned with an inside cradle in the blink of an eye. Rose joined the fray immediately afterward to kickstart a two-on-one assault.

Then Bliss arrived to save the day.

Bliss, who has been injured and hasn't competed since WWE Hell in a Cell when she and Cross lost the WWE Women's Tag Team Titles, fought off Fire & Desire, and she and her teammate stood tall and embraced after planting Rose into the mat with a double DDT.

Though they’re down a member, The New Day are on their game in the midst of their seventh tag team championship reign.

Celebrating the holiday by presenting a title opportunity for any tag team in the locker room, The New Day were met by the arrival of Sami Zayn with the Intercontinental Champion and Swiss Cyborg in tow — and The Critic of the Critics unleashed a diatribe on the alleged evils of Thanksgiving and Black Friday.

Zayn's biggest impact, however, occurred when he may have inadvertently cost his allies the match.

As the official was preoccupied with Cesaro late in the match, Zayn tried to take advantage by wielding The New Day's pancake tray as a weapon, but he was caught red-handed by the referee. That earned him an ejection from ringside, a decision that seemed to distract The Swiss Cyborg.

By the time Cesaro regained his focus, he was on the receiving end of Trouble in Paradise from Kingston. And just like that, a successful title defense was in the books for The New Day — a team that knows a thing or two about long championship reigns.

Daniel Bryan turned to the WWE Universe for his answer to Universal Champion "The Fiend" Bray Wyatt's latest challenge, and it may have been a calamitous mistake.

Despite protests earlier in the evening from The Miz — who personally took it upon himself to try to talk Bryan out of another confrontation with Wyatt — SmackDown closed with Bryan taking to the ring to respond.

With the fans in the throes of "Yes!" chants after Bryan asked them if he should again battle Wyatt for the Universal Championship, the lights went out in a fashion that has become all too familiar for Bryan.

Wyatt emerged through the ring to attack Bryan, who initially fought off the ambush valiantly just as he did during a gritty effort this past Sunday at Survivor Series.

But Bryan could only momentarily stave off "The Fiend" Bray Wyatt before finding himself locked in the Mandible Claw, which subdued him enough to allow Wyatt to drag him under the ring.

Somehow the scene grew even more disturbing from there. Pulling out what appeared to be clumps of Bryan’s hair, Wyatt littered them throughout the ring.

Though the extent of what had been done to Bryan wasn’t immediately clear, one thing was certain: Discretion may have indeed been the better part of valor on this night. 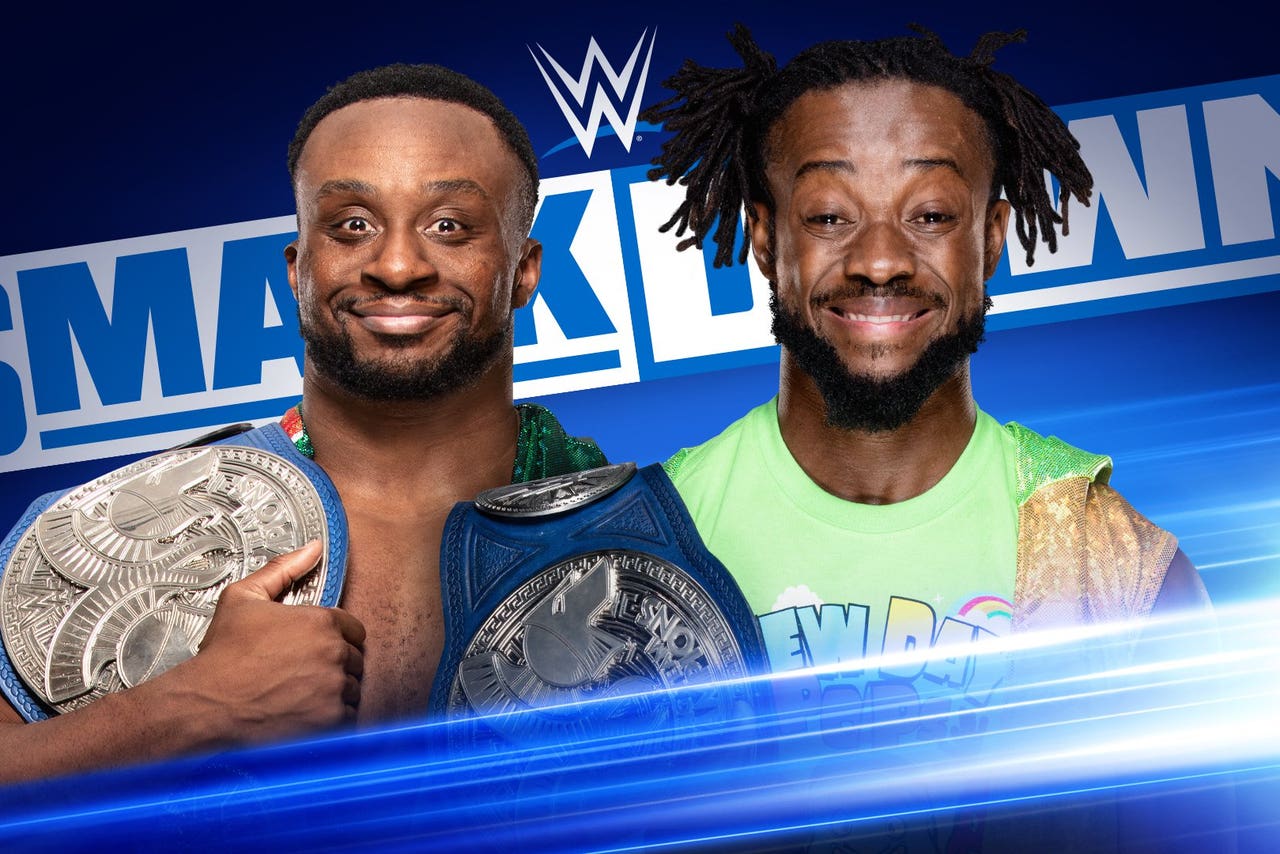 The New Day will put their SmackDown Tag Team Titles on the line tonight when they issue an open challenge.

Triumphing against The Revival earlier this month to regain the championships, Big E & Kofi Kingston dedicated their victory to injured teammate Xavier Woods and declared that they had “resurrected” SmackDown’s tag team division.

Who will step up to challenge The New Day — and will they bring their seventh tag team championship reign to a halt?