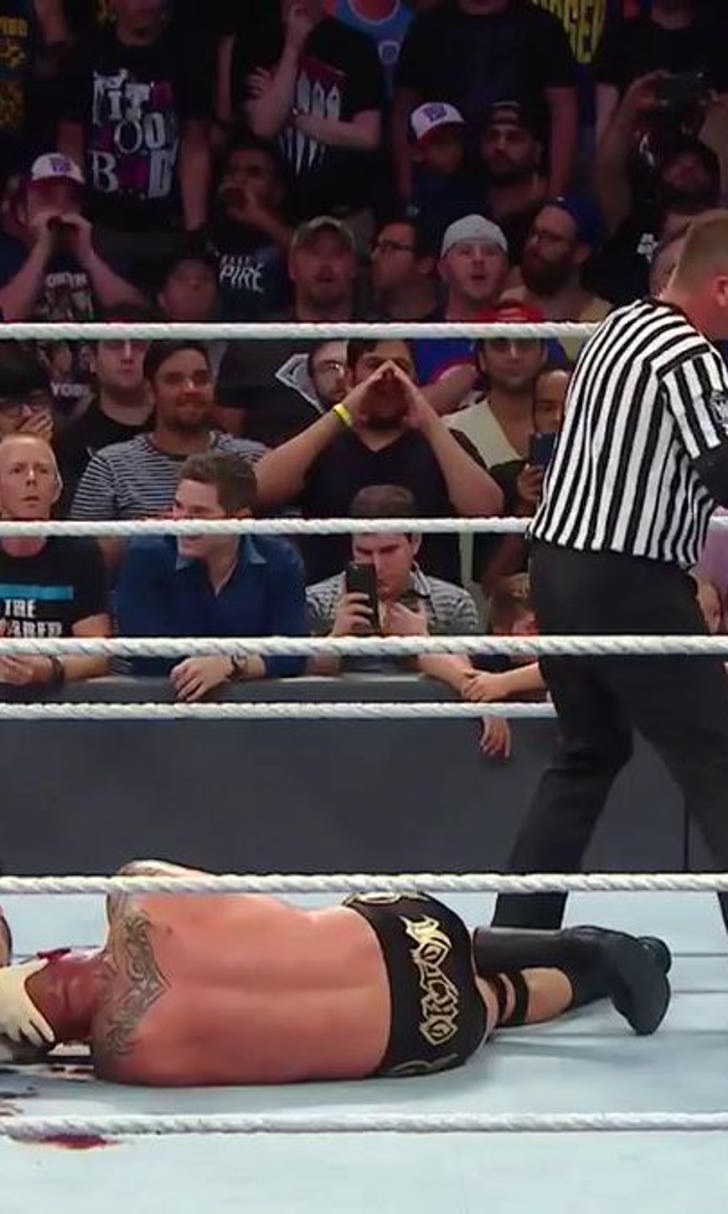 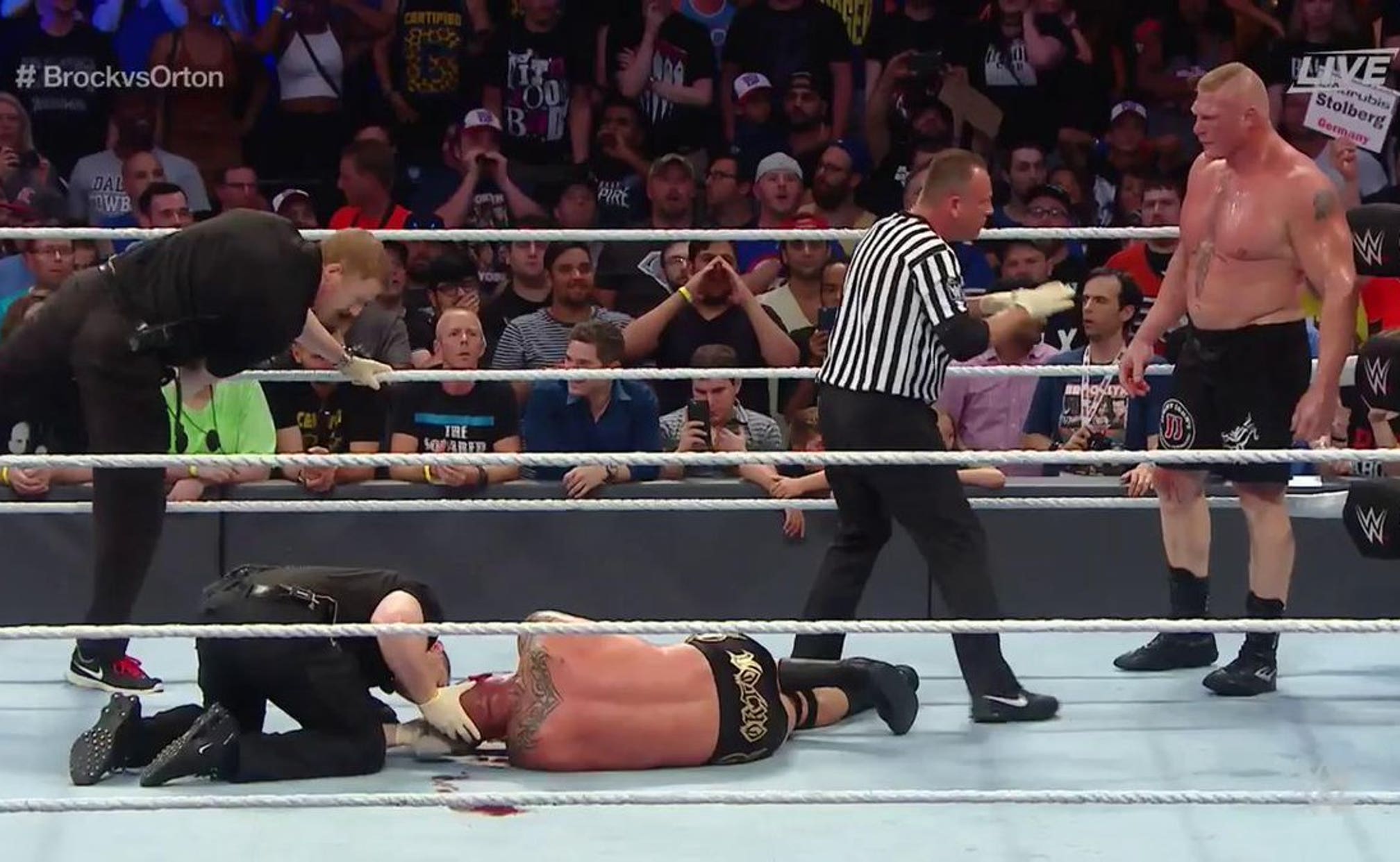 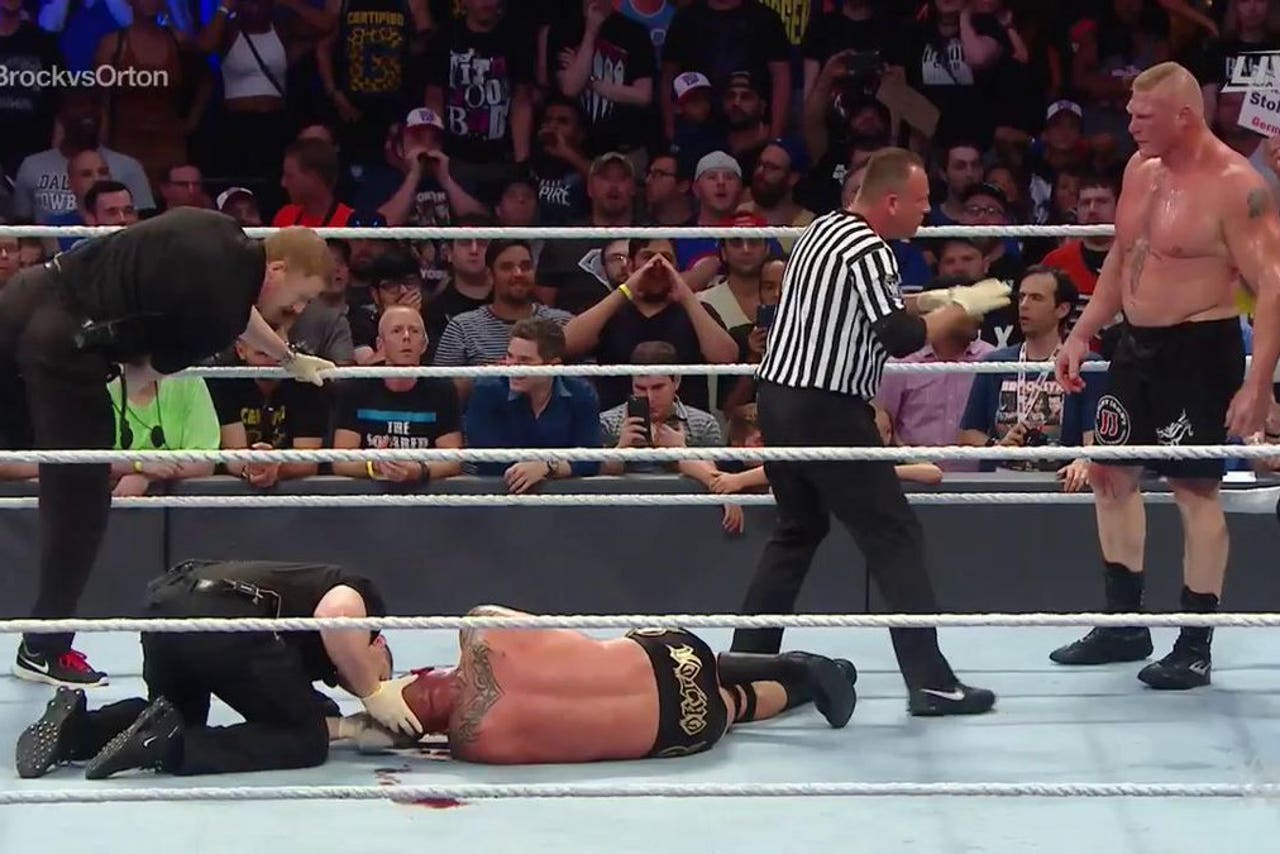 He's the Beast Incarnate for a reason.

In his first in-ring action since UFC 200, Brock Lesnar absolutely destroyed Randy Orton at SummerSlam. He threw the Legend Killer around the ring:

He danced around in typical Lesnar fashion:

He threw Orton onto the announce table:

Then he ate an RKO on that same table like it was nothing, because Lesnar's not here to sell someone else's moves. He's in the ring to inflict pain:

It just takes ONE #RKO to change the course of a match against the #BeastIncarnate!! @RandyOrton #SummerSlam https://t.co/OkBNZ5aebh

After Orton kicked out of an F5, Lesnar decided he'd had enough of this whole "scripted reality" thing, grounding the Viper and assaulting him with a flurry of punches that left Orton gushing blood:

This is the elbow that did it. pic.twitter.com/fLA7zG7Ve5

THERE IS SO MUCH BLOOD. #SummerSlam pic.twitter.com/qLciquw9Zo

As Lesnar continued his assault after the match was called, SmackDown Live commissioner Shane McMahon came to the ring to check on Orton — only for the Beast to hit McMahon with an F5:

Brock Lesnar then gives Shane McMahon an F5 after he comes out. Odd, odd ending to SummerSlam. pic.twitter.com/uEGiTqfxvu

It wasn't all fun and games for Lesnar, though. An enterprising fan managed to troll the mountain-shaped human with a perfectly succinct sign that poked fun at Lesnar's recent failed drug tests:

Speaking of juice, someone get Orton a juice box and a cookie, STAT. He's going to need to replenish his body after losing all that blood.