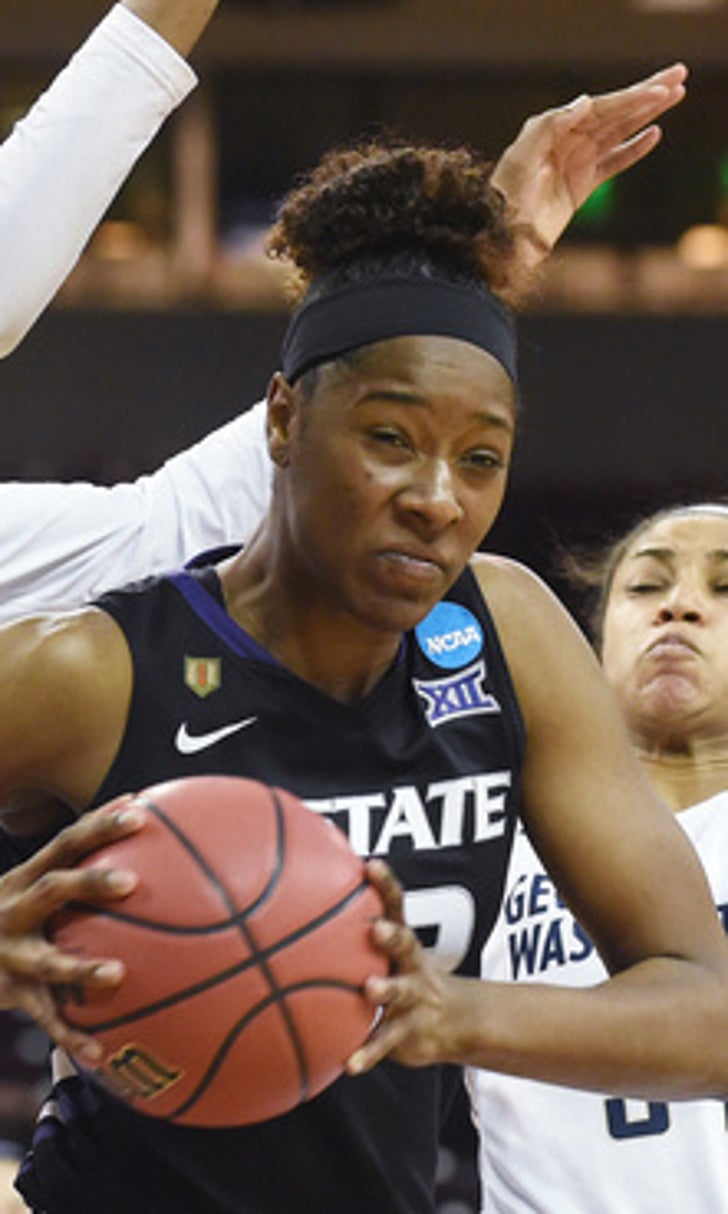 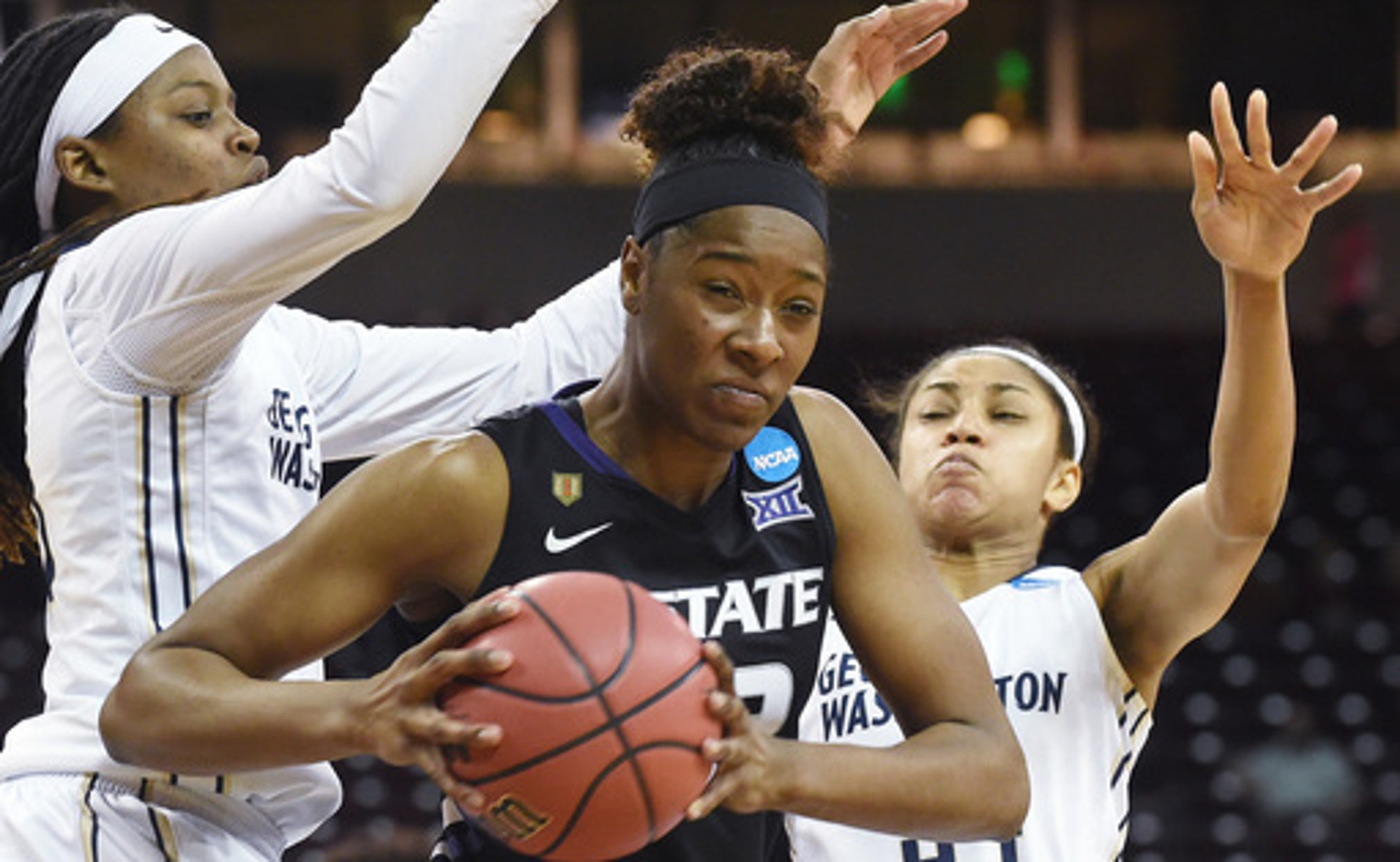 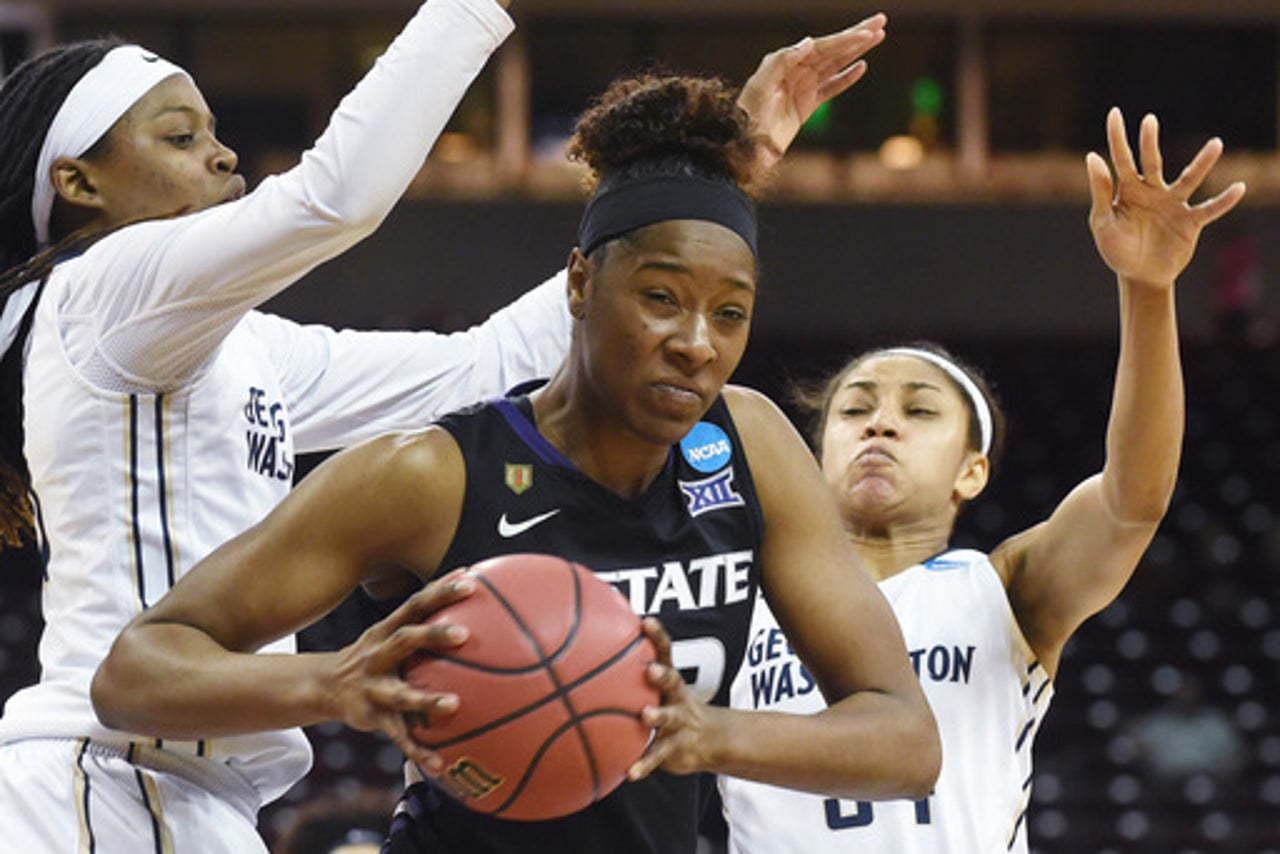 Both bring athleticism, grace and strength that is nearly impossible to stop individually, let alone when they on the floor together and Staley knows that's a huge reason why top-seeded South Carolina (32-1) has dominated this season.

Too often, Wilson and Coates are seen as a tall twosome instead of two of the best players in the women's college game, Staley said.

Kansas State coach Jeff Mittie accepts he and the Wildcats will have their hands full slowing down South Carolina's inside game.

''They're going to cause us major headaches between now and the game,'' he said.

Much like Wilson and Coates have caused for opponents all season.

The pair helped South Carolina sweep through the Southeastern Conference with a 16-0 regular season and a 3-0 run to the tournament crown. Wilson, named both the SEC player and defensive player of the year, was fifth in the conference at 16.7 points a game. Teammate Coates, a member of the all-SEC first-team along with teammates Wilson and Tiffany Mitchell, led the league with 10.1 rebounds a game.

When the two are in the game together, it becomes a high-low passing clinic between them as each quickly find the other for an easy layup down low.

Coates and Wilson had double-doubles in the Gamecocks 77-41 victory over Jacksonville to start their NCAA Tournament run Friday night. Coates had 22 points and 10 rebounds while Wilson scored 15 points and grabbed 11 boards. The two combined to make 15 of 30 shots, most of them from close to the basket.

Kansas State of the Big 12 Conference has seen tall, strong bodies of its own and is led by 6-5 Breanna Lewis, who tops the Wildcats in scoring (16.6 points), rebounds (7.5) and blocks (2.6) this season. Backing her up down low are 6-3 Jessica Sheble and Lanie Page.

''We tell our players all the time, you're either winning or learning if you're good,'' Mittie said. ''Your experience has got to become knowledge and I think our group has done a good job of that.''

South Carolina's Staley had to remind her players Friday night not to settle for easy, open shots without establishing their post players underneath first. After all, it only makes sense to put the ball in the hands of two of the country's best, Staley said.

''The growth and the maturity, incredible,'' Staley said. ''So we get excited about what both of them can bring to the table.''

Kansas State: Wildcats players gave a few puzzled glances and hesitant answers when asked about how they will defend South Carolina. Don't blame the Wildcats - they don't know yet. Kansas State coach Jeff Mittie said it's part of his routine to take his time sketching out a strategy and he sometimes waits until game time to let people know what they'll be doing.

Mittie has a penchant for tweaking his defenses, even joking with Breanna Lewis recently that he put in defense No. 88. ''89,'' she quickly shot back.

Lewis is confident any defense will have her going up against South Carolina's tallest players.

''The physicality of the game is going to be hard regardless,'' Lewis said. ''I am pretty well prepared to play against them.''

South Carolina: The Gamecocks' stellar seniors in Tiffany Mitchell, Tina Roy, Asia Dozier, Sarah Imovbioh, and Khadijah Sessions will be playing their final home game on Sunday. Sessions, the starting point guard, said the team talked about it earlier Saturday, although they are more focused on advancing into the Sweet 16.

The Gamecocks led Division I in attendance this year with more than 14,000 fans a game and don't want to disappoint the crowd by losing. ''We want to leave on the right note,'' she said.