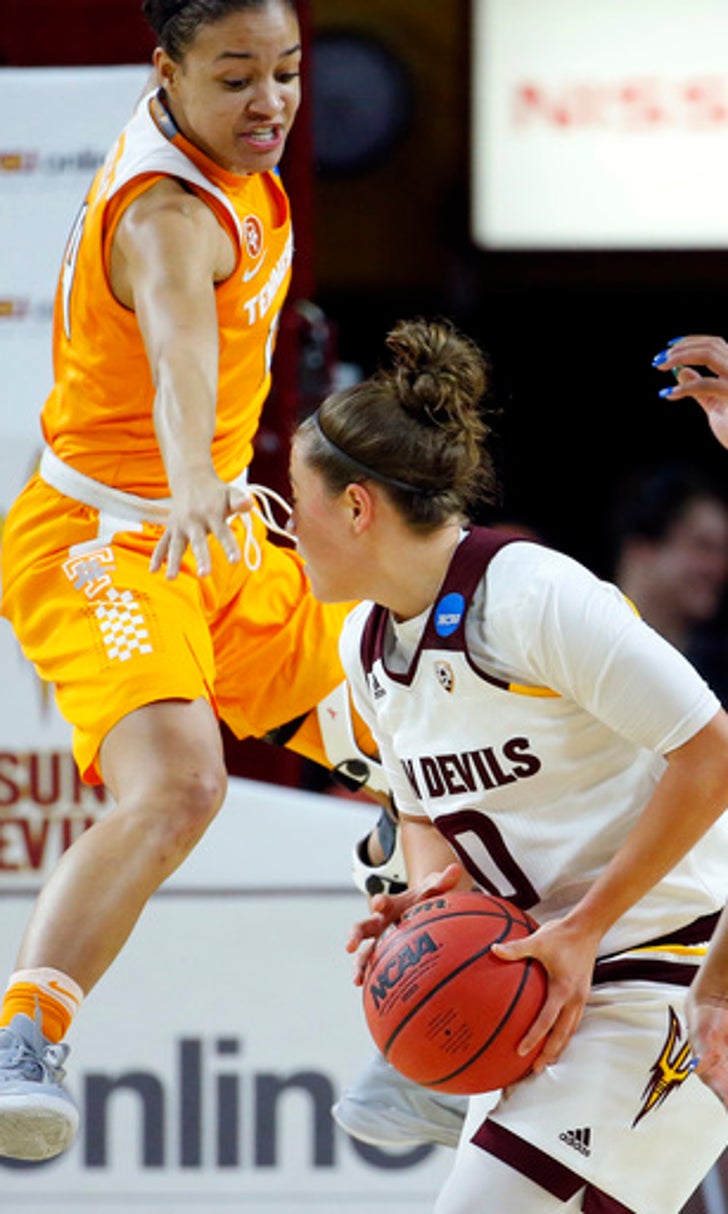 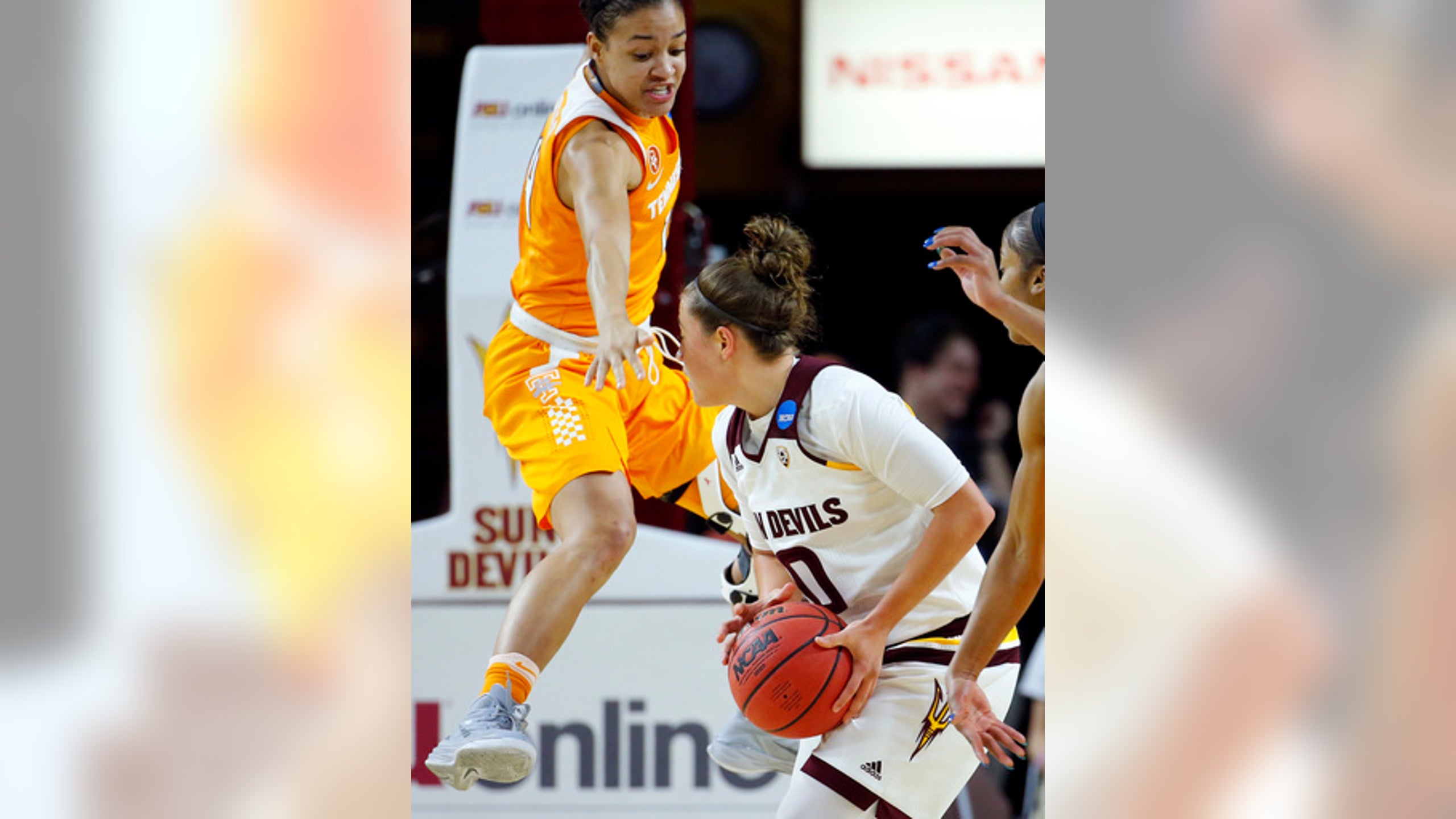 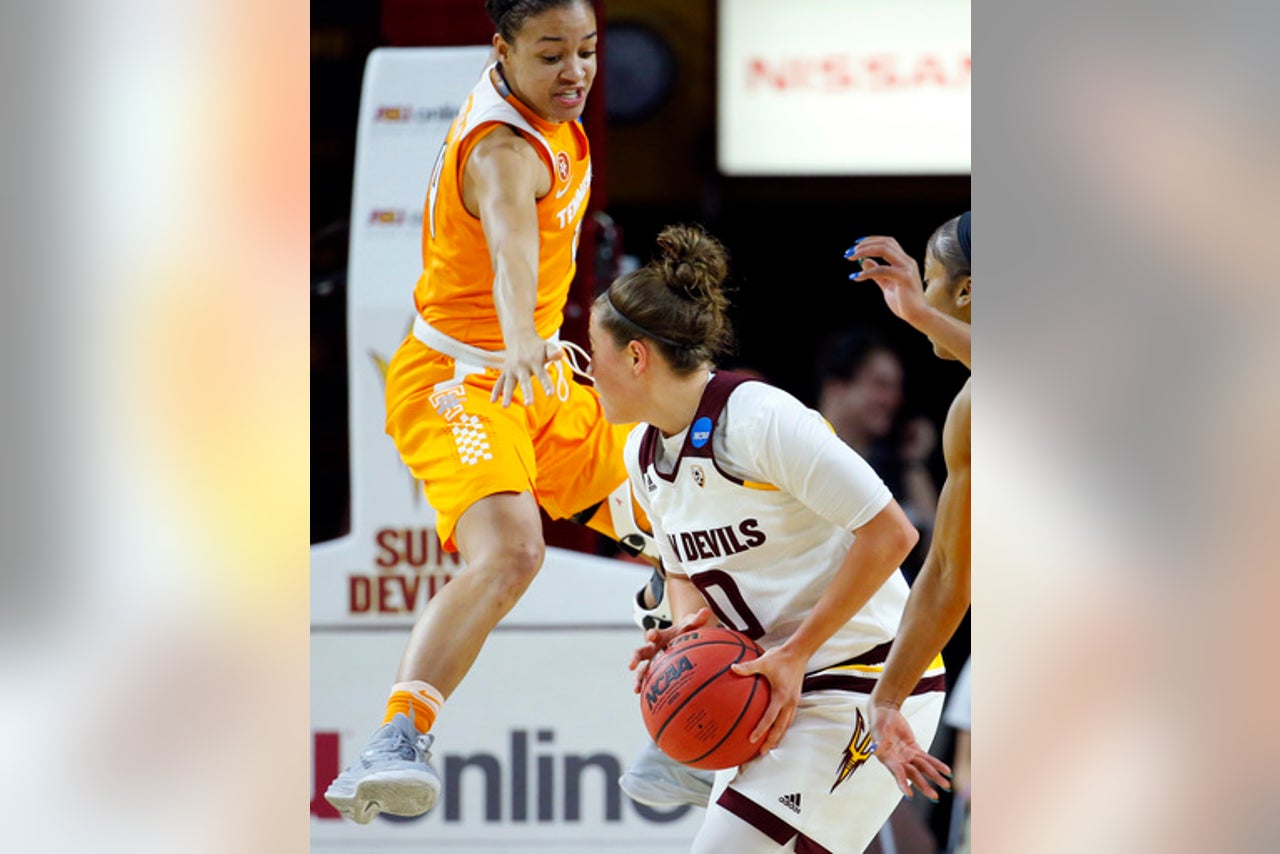 TEMPE, Ariz. (AP) Tennessee was discounted and discarded through a disappointing regular season and into the postseason. The Lady Vols heard their dynasty was dead, their coach's job might be in trouble.

Now that NCAA Tournament has started, the Lady Vols have the perfect response: Never count us out in March.

Diamond DeShields scored 18 of her 24 points in the second half, Mercedes Russell had all 12 in the opening half and Tennessee completed its improbable run to the Sweet 16 by beating Arizona State 75-64 Sunday night.

''We could have easily folded and given up on our season and it's just a credit to how every person on this team is a fighter,'' said Tennessee's Jaime Nared, who had 11 points. ''We just kept fighting.''

Inconsistent all season, the Lady Vols (21-13) played like a national power not the No. 7 seed in the Sioux Falls Region, controlling the paint to reach the Sweet 16 for the 34th time in 35 seasons. They've never lost in the second round.

Tennessee shot 52 percent and outscored undersized Arizona State 42-27 inside to earn a spot in South Dakota on Friday against Ohio State.

Jordan Reynolds also scored 12 points and Bashaara Graves had 11 rebounds for the Lady Vols, who had never lost 13 games in a season before this year.

Arizona State (26-7) managed to keep up with the Lady Vols in the first half despite struggling to stop them inside. The Sun Devils started to have trouble against Tennessee's length on the defensive end in the second half, though, and shot 39 percent overall to fall short of consecutive Sweet 16s.

''Give them credit, they're pulling it together, they're playing their best basketball of the season,'' Arizona State coach Charli Turner Thorne said. ''Ask any coach, that was the team they didn't want to play. For us, possibly the worst possible matchup we could have asked for.''

Tennessee had to work just to get into the NCAA Tournament and labored through its opener, pulling away in the final six minutes to beat Green Bay 59-53.

That put the Lady Vols in an odd position: Underdog.

The deep, tenacious Sun Devils hovered around the top 10 most of the season and opened the NCAA Tournament with a 74-52 demolishing of New Mexico State almost from the moment Katie Hempen hit a pair from 3-pointers to get it started.

Arizona State was at home, too, putting the Sun Devils as a favorite over the eight-time national champion Lady Vols.

Tennessee had trouble at times with Green Bay's sagging defense in the opener, but had no trouble getting the ball inside early against Arizona State. The Lady Vols hit 9 of 14 shots and Russell made all four of hers to score 10 in the first quarter.

Tennessee continued to hit its shots in the second quarter, but so did the Sun Devils, who rallied from a seven-point deficit to tie the game at 33 by halftime.

The Lady Vols continued to control the paint in the third quarter and began to pull away, pushing the lead to 10 after hitting 9 of 16 shots.

The Sun Devils gained a little momentum at the end of the quarter when Davis pulled up and hit about a 30-footer to cut Tennessee's lead to 54-47.

DeShields made sure it didn't carry over, hitting jumpers seemingly every time Arizona State tried to make a run, finishing 9 for 17 from the field.

''We probably could have done a better job locking in and guarding her, but she's one of the nation's best,'' Dornstauder said.

Tennessee's defense did the rest, contesting shots and jumping into passing lanes to seal a trip to the Sweet 16.

Arizona State: Hempen, a senior, scored three points on 1-of-8 shooting after tying an NCAA Tournament record by making all six of her 3-pointers and scoring 20 points in the first round. ... The Sun Devils were 8 for 20 from 3-point range.

Arizona State's season is over.