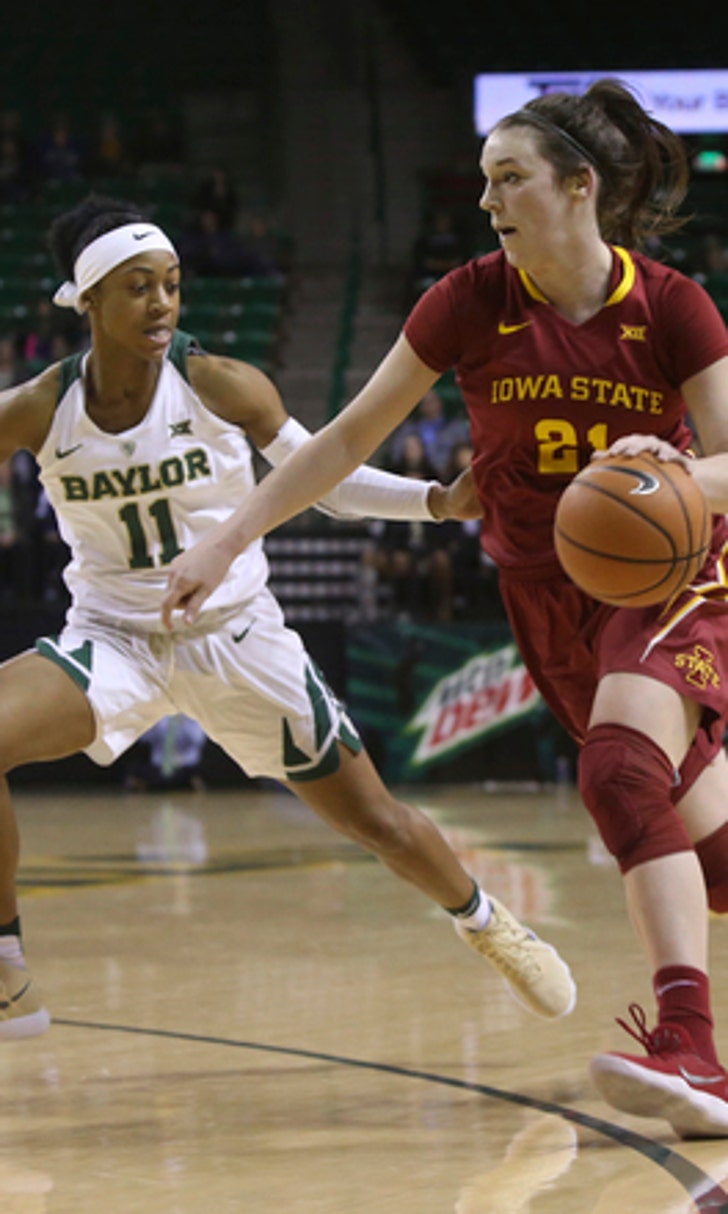 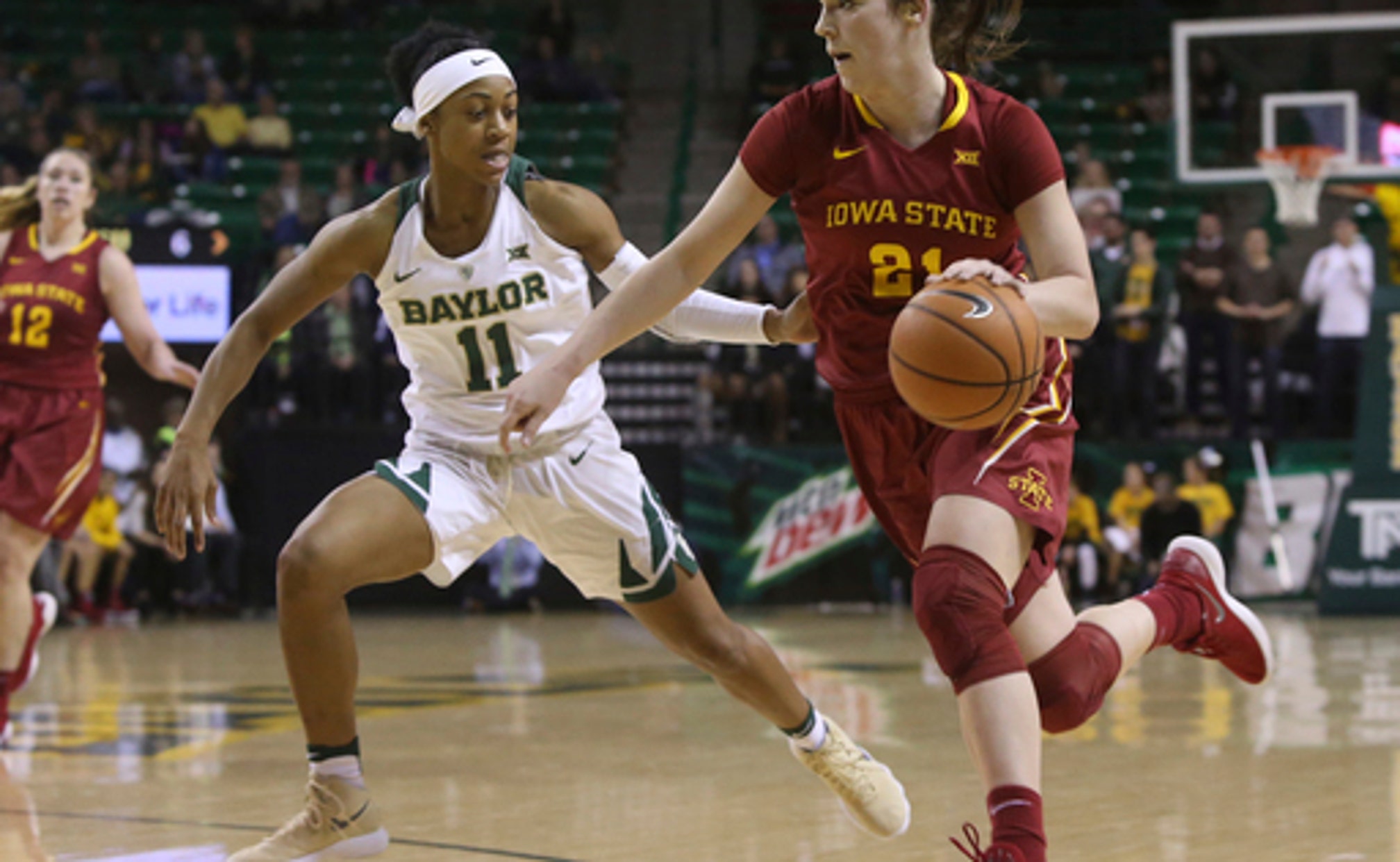 WACO, Texas (AP) No. 6 Baylor is more than willing to shoot from outside if opposing teams want to try to keep post players Kalani Brown and Lauren Cox from getting too many touches inside.

Natalie Chou had 17 points and made five of Baylor's 12 3-pointers, Brown still had another double-double and the Lady Bears overwhelmed Iowa State 89-49 on Wednesday night.

''We knew the scouting report and knew they would double-team the post and the shots would be open,'' said Chou, the sophomore guard who led Baylor in scoring for the first time.

''The opportunity was there to shoot (the 3s). I thought it was very obvious once the game started what they were doing to Kalani and Cox and trying not to let them get as much,'' coach Kim Mulkey said. ''We can shoot it. I tell people that all the time. We don't have to shoot a lot of 3s when you have 6-foot-7 and 6-foot-4 inside.''

Chou made her first six shots, including the five 3s. Her only miss was on a 3-pointer at the start of the fourth quarter.

After scoring the game's first 10 points, Baylor led by 18 points after the first quarter and had its largest halftime lead ever in a Big 12 game at 52-16.

''Disappointed we didn't do some things to give ourselves a chance to compete a little bit,'' Iowa State coach Bill Fennelly said. ''It was disappointing in a lot of ways. ... That's a great, great team. Nothing new from them.''

Brown had 13 points and 11 rebounds for her seventh double-double this season. Dekeiya Cohen and Cox each scored 14 points, while Juicy Landrum and Alexis Morris had 10.

The Cyclones had 18 turnovers before getting credited with their first assist late in the third quarter. They finished with 20 turnovers and five assists

Baylor: The national leader allowing opponents to shoot only 31 percent from the field, Baylor held Iowa State to 29 percent (16 of 56). The Cyclones were the sixth team this season that Baylor has held at least 20 points below its season scoring average. They had averaged 71.8 points.

The Lady Bears have won 185 consecutive home games vs. non-ranked opponents since a loss to Auburn in the WNIT finals on April 4, 2003. They have won 67 of 68 overall at home.

Mulkey was a championship point guard as a player at Louisiana Tech, and she can still handle the ball cleanly. When Kristy Wallace had an errant pass late in the third quarter, the ball went to Mulkey, who caught it and quickly passed to Cohen. That drew plenty of smiles from the bench and fans.

Iowa State is on the road again, Sunday at No. 12 West Virginia.

Baylor plays its next three games on the road, starting Saturday at Kansas and ending at Iowa State in two weeks.