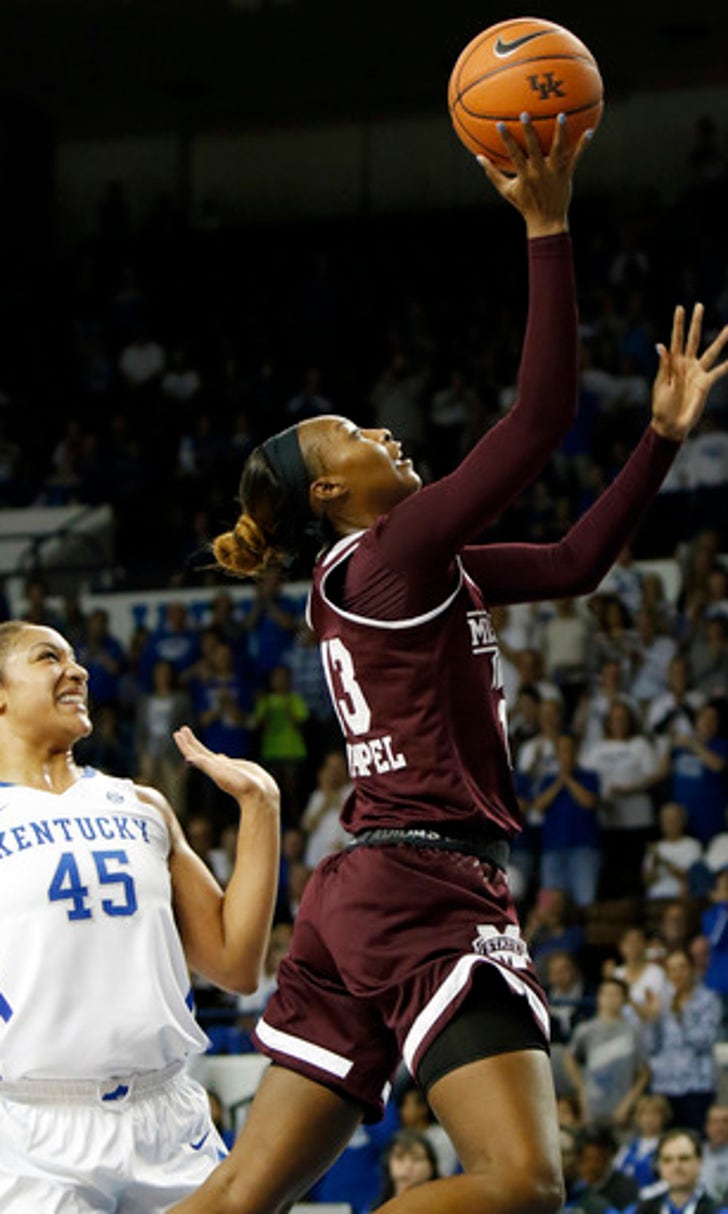 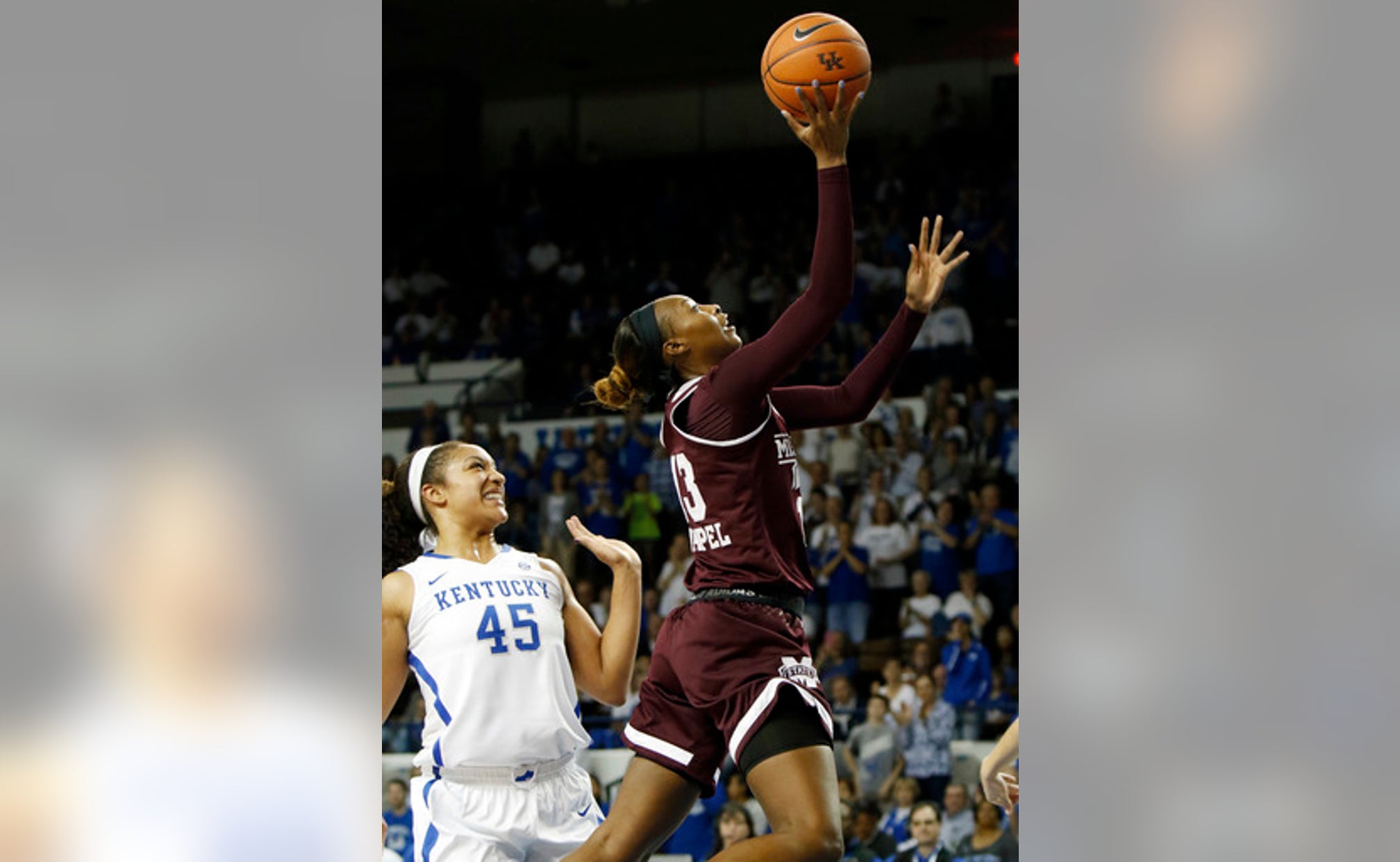 LEXINGTON, Ky. (AP) Kentucky had worked all season toward the signature win it felt capable of, and seniors Makayla Epps and Evelyn Akhator did everything possible in tense moments to make it happen in their home finales.

Their clutch efforts earned the No. 22 Wildcats a memorable and significant win on many levels for a program once left with six scholarship players following an exodus of athletes and assistant coaches.

Epps scored the go-ahead basket with 8.7 seconds remaining in overtime and Evelyn Akhator had eight points in the extra session to give Kentucky a 78-75 upset victory over No. 3 Mississippi State on Thursday night.

After Akhator's layup with 55 seconds left tied it 75, Epps grabbed Makenzie Cann's missed 3-pointer and moved in for the soft tip-in to put Kentucky ahead to stay in a tense game featuring nine ties and 15 lead changes - with most coming after halftime. Maci Morris' free throw with 1.8 seconds left sealed the victory and the Wildcats' eighth straight 20-win season.

''It was just us being in the right places at the right times,'' Epps said about her second and final rebound. ''We just wanted to go out in style.''

Epps and Akhator delivered with big performances after halftime.

Akhator scored 22 points in the fourth quarter and OT to finish with 27 points after frequently finding openings under the basket. The forward also had 16 rebounds in her home finale.

Epps scored 10 of her 22 points in the third quarter to help Kentucky (20-8, 11-4 Southeastern Conference) stay close before eventually denying the Bulldogs' quest to clinch a share of their first SEC title. Mississippi State is now tied with No. 7 South Carolina, which beat Texas A&M 80-64 and has already beaten the Bulldogs.

Mississippi State: The Bulldogs' struggles against Kentucky continued as they lost for the 11th straight time. They shot 48 percent but committed a season-high 22 turnovers for 16 points. Even after rallying several times to tie or take the lead, including the OT, they couldn't put away the Wildcats when they had the chance.

''We just tried to do too much with the ball,'' coach Vic Schaefer said. ''We had people trying to do things that they didn't need to do.''

Kentucky: Owning the paint 42-28 and second-chance points 10-1 were the biggest keys for the Wildcats on a night they shot just 41 percent and were outrebounded 36-32. Then again, grit was needed for a program and coach at a crossroads following the rash of departures. They now appear headed toward their familiar place in the NCAA Tournament.

''This win is a big one for a lot of reasons,'' coach Matthew Mitchell said, ''but the one that matters most for to me and our team was that we did it together.''

Before the game Kentucky honored their seniors in a ceremony that wasn't all that new for Epps. She was just a baby when her father Anthony, who played on the Wildcats' 1996 NCAA champion men's team, held her on his Senior Night.

''There was a whole lot of people out there and I feel like I couldn't cry and then go play my best basketball,'' said Epps, whose father and other family members were with her.

This might not be their final appearance at Memorial Coliseum. Kentucky could end up hosting early-round games in addition to playing in the previously scheduled regional final a few blocks downtown at Rupp Arena.

Mississippi State's Top 5 standing might take a hit. Kentucky meanwhile looks to move up with another win Sunday at No. 7 South Carolina.

Why Kentucky's Loss Wasn't An Upset
The No. 10 Kentucky Wildcats suffered a loss to the unranked Richmond Spiders. But was the defeat really that shocking?
10 hours ago

College Basketball's Top Plays: Thanksgiving
From a showdown between No. 1 Gonzaga and No. 6 Kansas to a litany of high-flying slams, here are Thursday's best moments.
3 days ago