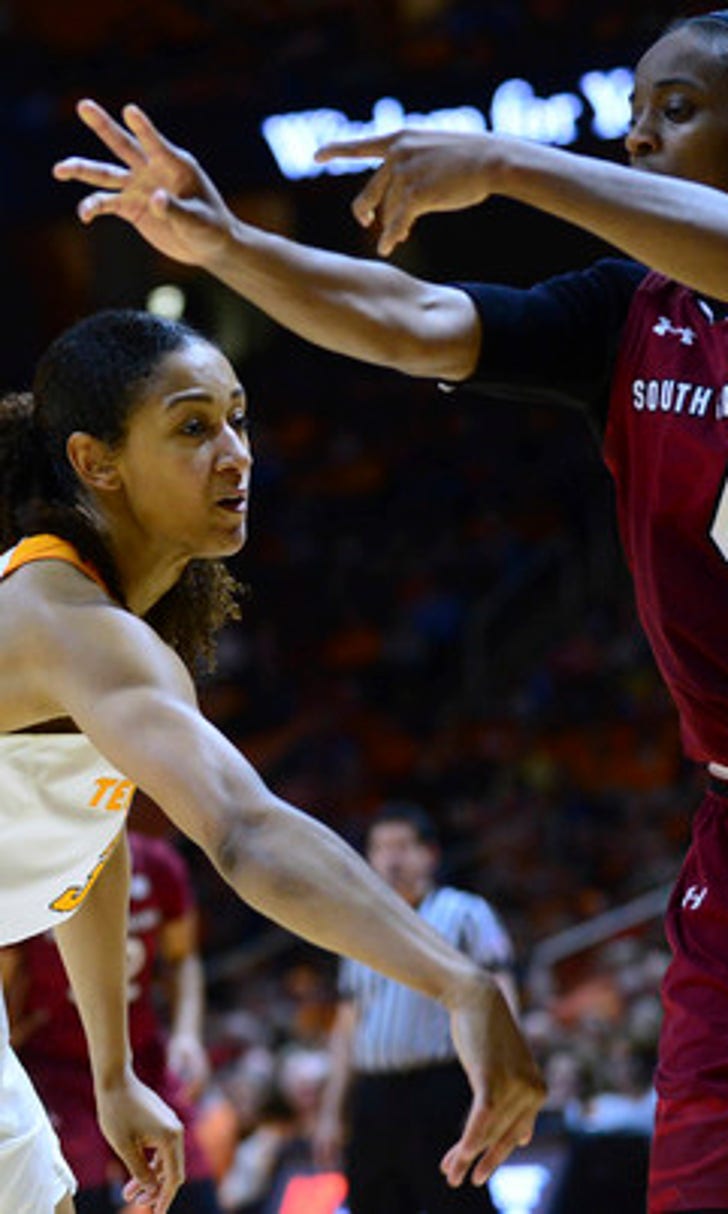 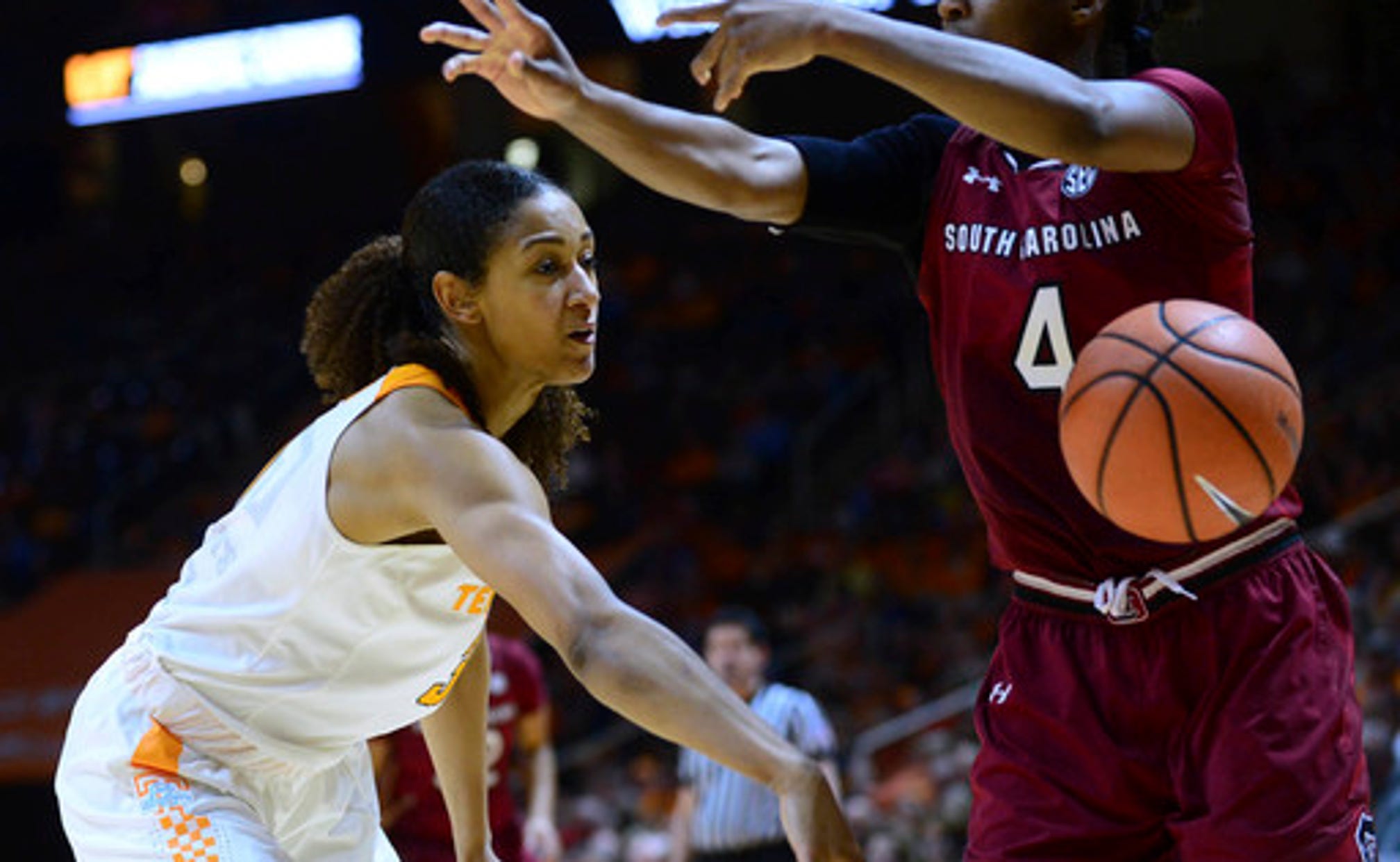 KNOXVILLE, Tenn. (AP) Tennessee continues to show just how vulnerable South Carolina can be when the Gamecocks don't have star center A'ja Wilson in the lineup.

Rennia Davis had 18 points, 10 rebounds and four assists Sunday as the 15th-ranked Lady Volunteers rallied for a 65-46 victory over the seventh-ranked Gamecocks. South Carolina was playing without Wilson, as a case of vertigo prevented the Southeastern Conference scoring leader from making the trip to Knoxville.

''I'll be on bended knee, hoping that she'll be back Friday,'' South Carolina coach Dawn Staley said. ''I don't know. I think first and foremost is her health and making sure that she's healthy. We're just going to take it day by day obviously because vertigo isn't anything you play around with.''

Staley said Wilson started showing some symptoms Friday and that the 6-foot-5 senior's condition was confirmed as vertigo Saturday.

Tennessee and South Carolina could meet a third time Friday. If the seventh-seeded Lady Vols beat No 10 seed Auburn in the SEC tournament Thursday, they would face the second-seeded Gamecocks in a Friday quarterfinal.

Even so, the box score reflected the impact of Wilson's absence. South Carolina (23-6, 12-4) had its highest turnover total (21) and lowest point total of the season as its five-game winning streak disintegrated.

Tennessee pulled ahead for good by scoring the first 14 points of the third quarter to turn a 26-21 halftime deficit into a 35-26 advantage. Tennessee ended up outscoring South Carolina 29-9 in the third quarter.

''We really came out in the third quarter and just jumped on them defensively,'' said Tennessee senior Mercedes Russell, who had 16 points and 12 rebounds in her final career regular-season home game. ''Our press was really good, really forced a lot of turnovers and kind of sped them up in the offense. I think that's what really helped us get on a run.''

Mikiah Herbert Harrigan started in Wilson's place and scored a team-high 17 points. The only other South Carolina player in double figures was Doniyah Cliney with 14 points.

Russell and Davis scored all of Tennessee's points until Meme Jackson hit two free throws with 2:03 left until halftime.

Once Russell and Davis got more help, the Lady Vols took over the game.

South Carolina: The Gamecocks needed their Nos. 2 and 3 scorers - Alexis Jennings and Tyasha Harris - to step up in Wilson's absence. But those two players shot a combined 2 for 11 from the floor. Jennings scored just three points and shot 1 of 5, though she did have seven rebounds. Harris had seven assists but shot 1 of 6 and scored just two points. Harris had scored a career-high 28 points in South Carolina's loss to Tennessee last month.

Tennessee altered its starting lineup for the first time all season to enable senior forward Kortney Dunbar to start in her final regular-season home game. Dunbar replaced Davis in the starting lineup.

The Lady Vols had used a starting five of Davis, Evina Westbrook, Jackson, Russell and Jaime Nared for their first 28 games.

South Carolina could drop at least one spot and Tennessee could move up a spot or two when the new Top 25 comes out Monday.

South Carolina will play an SEC tournament quarterfinal Friday against either Tennessee or Auburn at Nashville, Tennessee.

Tennessee will play an SEC tournament game Thursday against Auburn in Nashville.