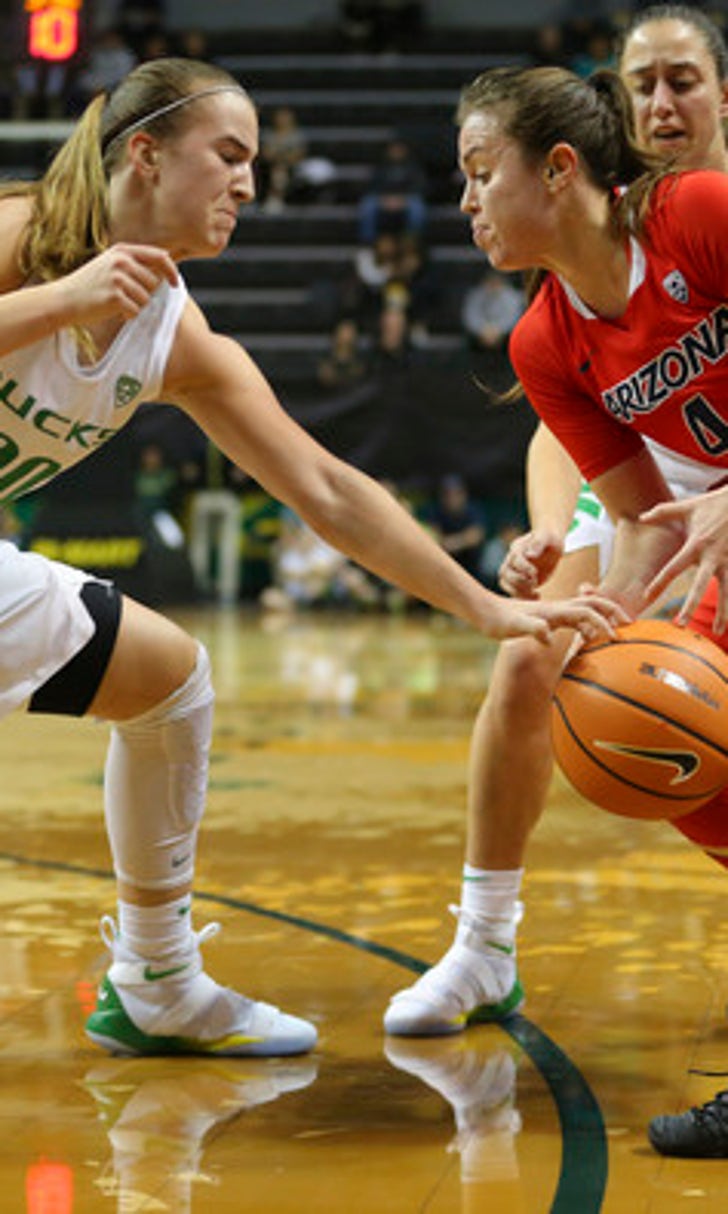 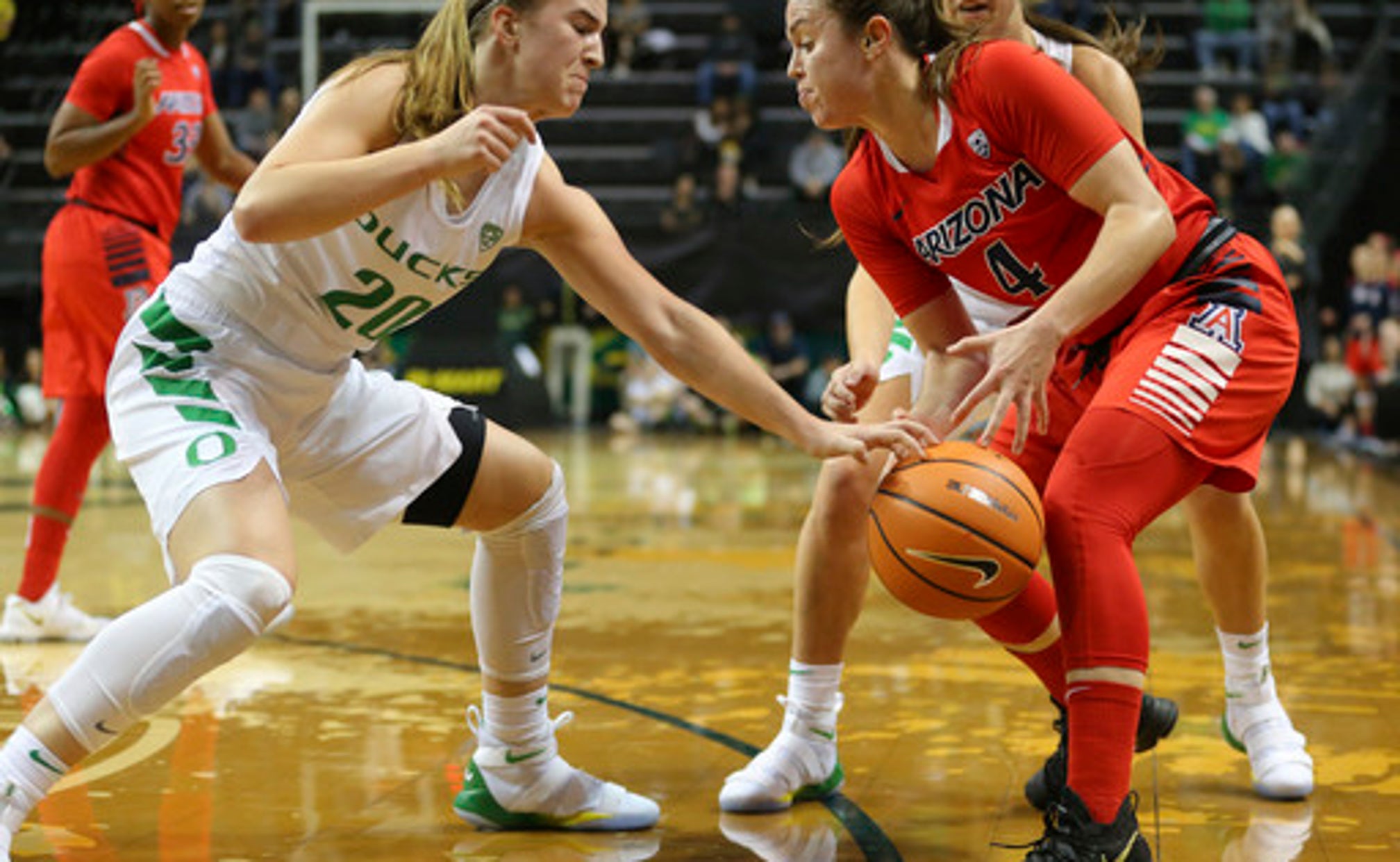 EUGENE, Ore. (AP) Arizona dared to do what Oregon coach Kelly Graves thought any team would be crazy to try against his Ducks. When it worked for one half, the Wildcats' zone defense appeared to be a stroke of genius.

It wasn't enough to overcome their own shooting woes.

Sabrina Ionescu had 22 points and 11 rebounds as No. 8 Oregon pulled away in the second half to a 62-44 victory over Arizona on Friday night.

''I used to kid the kids that people aren't very bright if they're going to zone us,'' Graves said. ''Well, we got zoned tonight and they looked pretty smart for doing it.

''Plus, they junked it up a little bit, but I don't think it bothered us. We still had open shots and we just didn't make them. Credit them. They played their butts off.''

Ruthy Hebard added 14 points for the Ducks (16-2, 5-0 Pac-12), who won their eighth consecutive game. Ionescu's double-double was her eighth of the season.

Arizona lost any hope for an upset by missing its first 12 shots of the third quarter to see a one-point halftime deficit balloon to 14. Hebard was the difference inside against the Wildcats' tight zone in the second half with 10 points.

''That third quarter, when the kids were challenged, they went out and did a heck of a job,'' Graves said. ''Even though we still weren't making shots, we were building a lead because we were defending so well.

''That's two or three games in a row that we've defended quite well, so I think we're getting better in that area.''

''We couldn't possibly shoot worse,'' Graves said. ''Seriously, 12 of 36 and I don't think we took a bad 3 all night. Those are shots we typically make and I don't know what the deal was.''

After trailing early by seven points, Oregon rode a 14-2 run to lead 19-14 after one quarter. It kept looking for the knockout punch from the 3-point line but failed to connect, going 5 for 18 beyond the arc to lead 27-26 at the half.

Ionescu had 14 points by halftime, but she said the missed 3-pointers and early foul trouble for Hebard and freshman Satou Sabally had a snowball effect on Oregon's offense.

''I think we kind of panicked and veered off of what we normally do,'' Ionescu said. ''A win's a win. We're not playing to the best of our abilities right now, but we're working hard.

''It's exciting to see that we're winning when we're not playing to the best of our abilities.''

Oregon took sole possession of first place in the Pac-12 with its win and Arizona State's loss at Oregon State. The Ducks are 5-0 in conference play for the first time and 11-0 at home this season.

Oregon should improve on its best-ever No. 8 ranking after midweek losses by No. 2 Notre Dame, No. 6 Tennessee and No. 7 Texas if it beats No. 18 Arizona State for its ninth consecutive win.

Oregon's Lexi Bando, the nation's leading active 3-point shooter at 45.8 percent, made her last two attempts to finish 3 of 10 from the arc. ''If you leave her open, that's a layup,'' Graves said. ''She just had one of those nights and unfortunately, it was coupled with a few other of our players having one of those nights.'' Afterward, the senior spent 20 minutes popping rapid-fire 3s in the empty arena with two student managers rebounding for her.

Arizona: plays its fourth consecutive ranked team at No. 22 Oregon State on Sunday.

Oregon: is 3-2 against ranked teams and faces its first one at home against No. 18 Arizona State on Sunday.