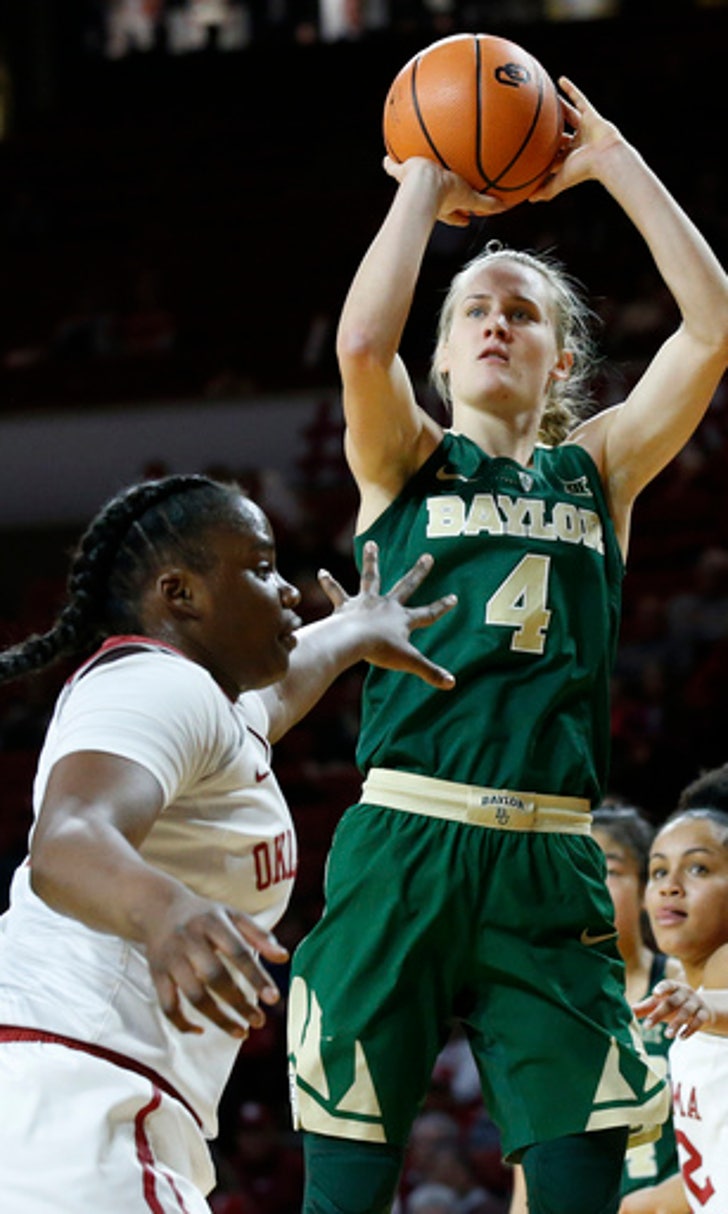 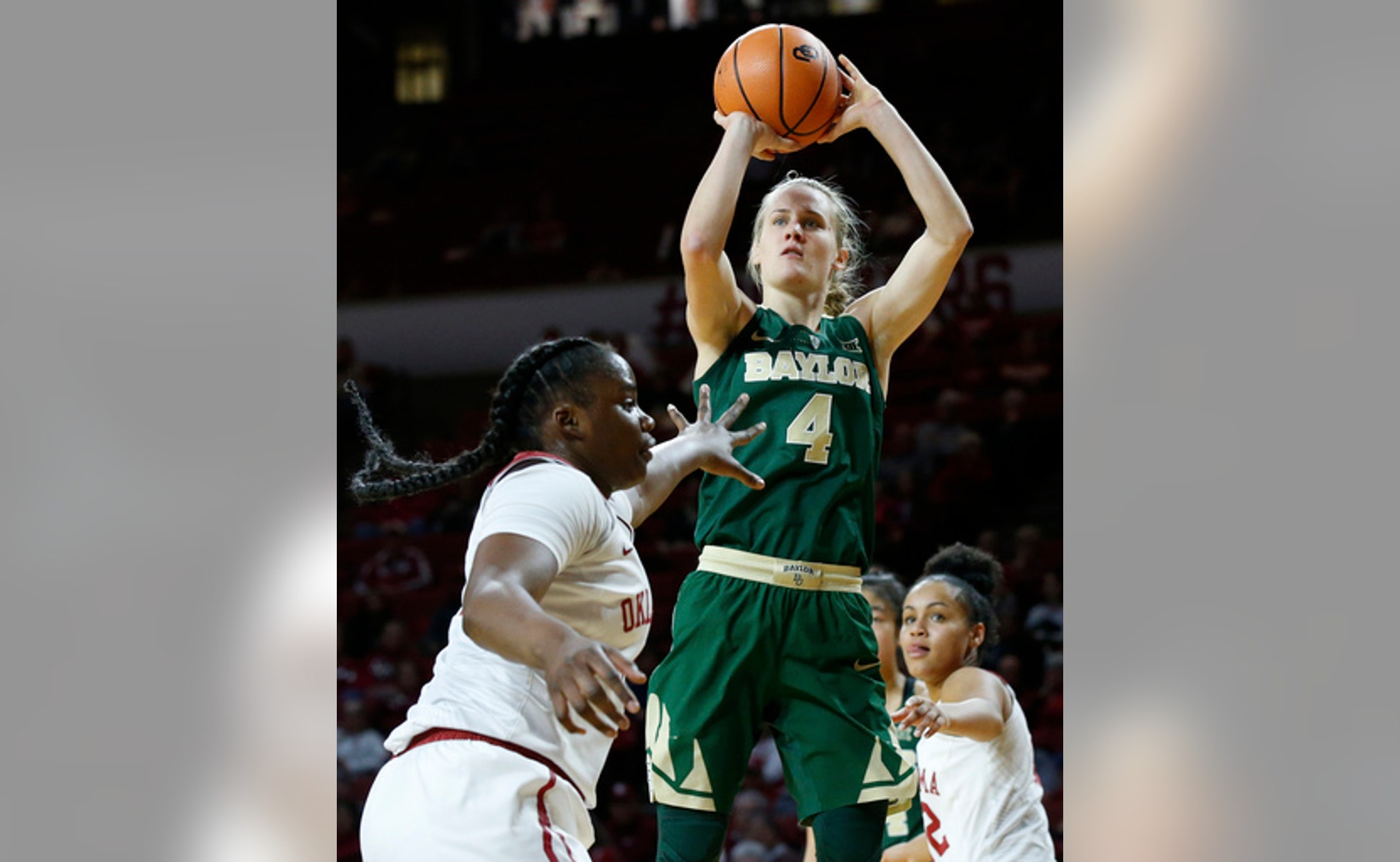 Brown finished with nine points, four fewer than her previous season low. The 6-foot-7 junior, who entered averaging 21.5 points per game, played just 15 minutes because of foul trouble. Lauren Cox, a sophomore forward, stepped into Brown's role for much of the game and had eight points and 10 rebounds.

Still, the frontcourt play wasn't up to Mulkey's standards. When asked if the Lady Bears won with defense, Mulkey said, ''Well, we didn't win it with Cox and Kalani.''

Mulkey liked the defensive effort. The Lady Bears held Oklahoma to 17.9 percent shooting after the break.

''Sometimes, you have to win ugly,'' Mulkey said. ''I thought that we tried our best to not let them get on a roll and hit a lot of threes. I thought that we rebounded in spurts, where we only gave them one look and didn't stop the clock a whole lot. I thought our defense was pretty good.''

Mulkey said Cohen had one of the best games of her career. The senior forward finished two points short of her career high.

Baylor got off to a rough start but dominated the second half.

''I thought Baylor looked way more confident in the second half than we did and that's something, with four seniors on your team, that you'd like to see a little bit more confidence there, for sure,'' Oklahoma coach Sherri Coale said.

Baylor did not make a field goal until the 5:36 mark in the first quarter. Brown got a technical after she hit Pierre-Louis with an elbow and went to the bench with her second foul. Oklahoma took advantage and led 22-16 at the end of the first quarter. It was just the second time all year the Lady Bears trailed after the opening period.

Baylor rallied and took a 33-30 lead at halftime with Brown sitting out the entire second quarter. The Lady Bears held the Sooners to eight points in the period.

Baylor scored the first four points of the second half and remained in control the rest of the way. The Lady Bears led 51-38 at the end of the third quarter.

''In the second and third quarter we didn't punch it inside like we usually do, and then we were getting it inside, we weren't finishing layups, so that doesn't open much of our driving lanes and it doesn't open our guards to shoot,'' Pierre-Louis said.

Baylor: The Lady Bears were tested for the first time in two months and fought through it. They had won their previous four conference games by an average of 38.3 points.

Oklahoma: The Sooners have looked at times like the Top 25-caliber team they have been in recent years, and they looked like that again early against Baylor. The defense was solid throughout, but the offense often struggled to convert late in the shot clock.

The Lady Bears have held all five conference opponents to 35 percent shooting or worse, and none have scored more than 58 points. Baylor had held three straight Big 12 opponents under 50 points before Sunday's game.

Wallace, the senior co-captain, went above 1,000 points in her career.

''It's pretty special,'' she said. ''But it's just a credit to my teammates and the way we played tonight. I think it was a messy win, but we were able to reverse the ball and move it to both sides of the floor.''

Mulkey, on her team making up for its offensive struggles with strong defense: ''When it got ugly on one end, make sure you make it just as ugly on the other end.''

Baylor: At Iowa State on Wednesday.

Oklahoma: At Kansas State on Wednesday.