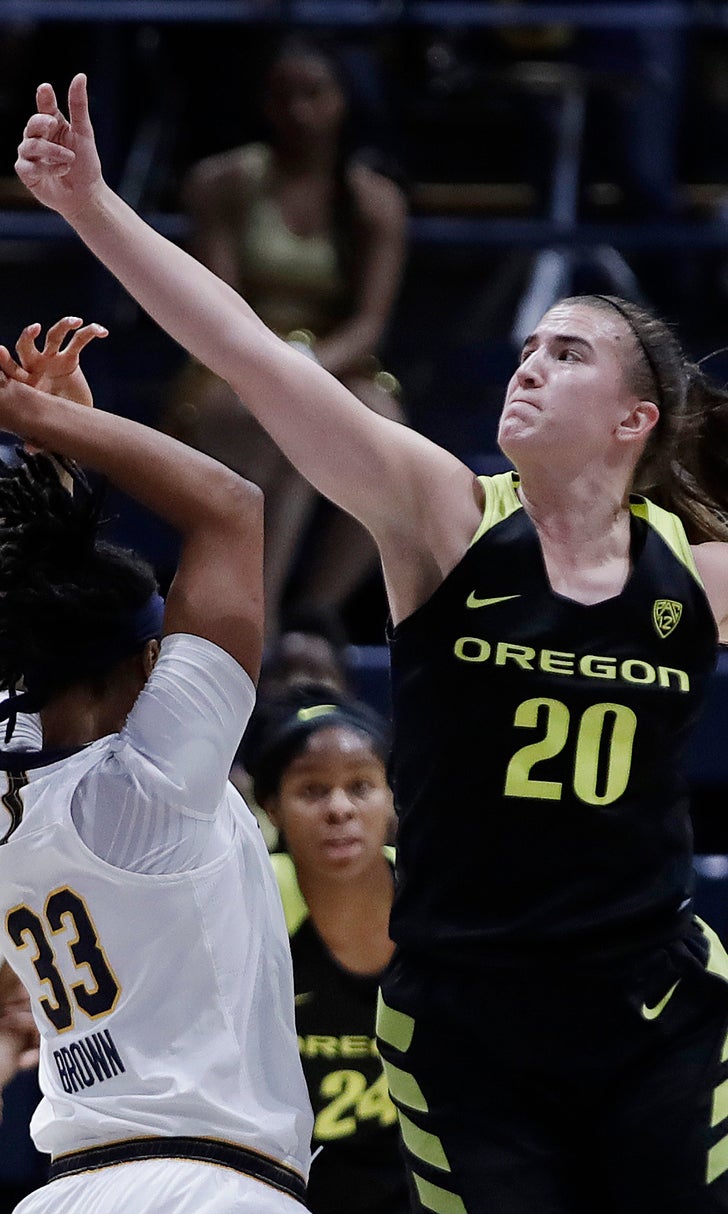 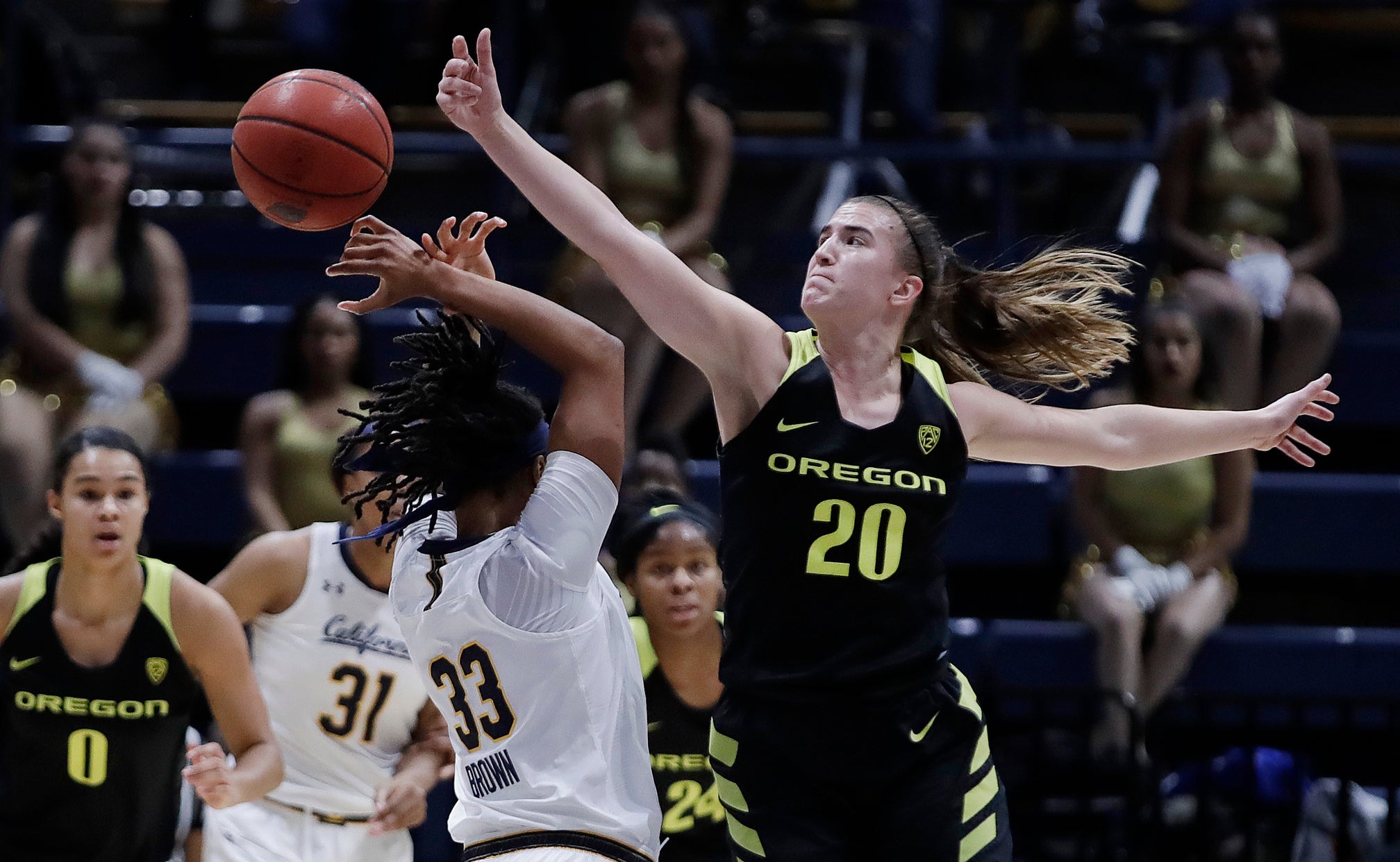 BERKELEY, Calif. (AP) — Sabrina Ionescu scored 27 points in her return to the Bay Area to help No. 3 Oregon extend the longest active winning streak in the nation to 15 games with a 105-82 victory over California on Friday night.

Ionescu got the Ducks (22-1, 11-0 Pac-12) off to a fast start with nine points in the opening four minutes to take a 14-1 lead and Oregon broke open a close game late in the first half. Ionescu, who grew up in nearby Walnut Creek, hit a buzzer-beating 3-pointer in a 69-66 victory in her only previous visit to Cal in 2017.

Satou Sabally led Oregon with 31 points and Maite Cazorla added 17 in her school record 131st career game to move the Ducks two games ahead of Oregon State and Stanford in the Pac-12 race.

Kristine Anigwe had 23 points and 18 rebounds to extend her streak of posting a double-double in every game this season as part of a record-setting night for the Golden Bears (14-8, 5-6). She hit a free throw for Cal's first point to give her 2,321 career points, breaking the mark held by Colleen Galloway for the most ever by a man or woman in school history. She needs just two more rebounds to tie Gennifer Brandon's school record of 1,219.

STANFORD, Calif. (AP) — Kiana Williams scored 16 of her 18 points in the first half, leading Stanford past Oregon State.

Alanna Smith added 17 points for the Cardinal (19-3, 9-2 Pac-12), who won their 22nd consecutive home game. Maya Dodson, in her third game back from an injury, had a career-high 10 rebounds.

Destiny Slocum scored 23 points for Oregon State (19-4, 9-2), which had won four straight since losing to Arizona State. The Beavers have lost three straight to the Cardinal.

After a slow start, Stanford rapidly pulled away and maintained a double-digit advantage for most of the contest. The Cardinal led by as many as 23 points.

MILWAUKEE (AP) — Isabelle Spingola scored 12 points and hit consecutive 3-pointers at the start of the fourth quarter that gave Marquette the lead for good in the win over Georgetown.

Niyah Becker made a 3-pointer to get the Utes (18-4, 7-4 Pac-12) within two of the Trojans with 15 seconds left. Erika Bean stole the inbounds pass. Becker tried another 3-pointer but Moore made the block, and USC's Ja'tavia Tapley added two free throws.

Dru Gylten scored 24 points before fouling out for the Utes, who were coming off consecutive losses to top-10 teams Oregon and Oregon State.