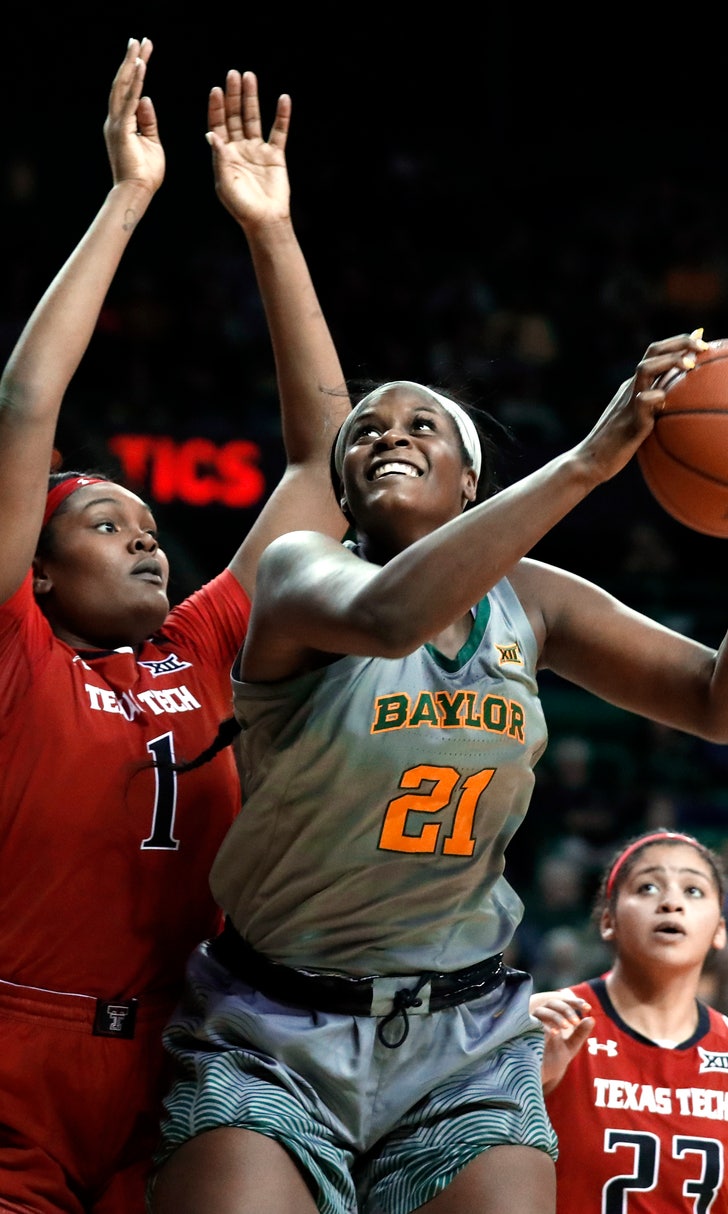 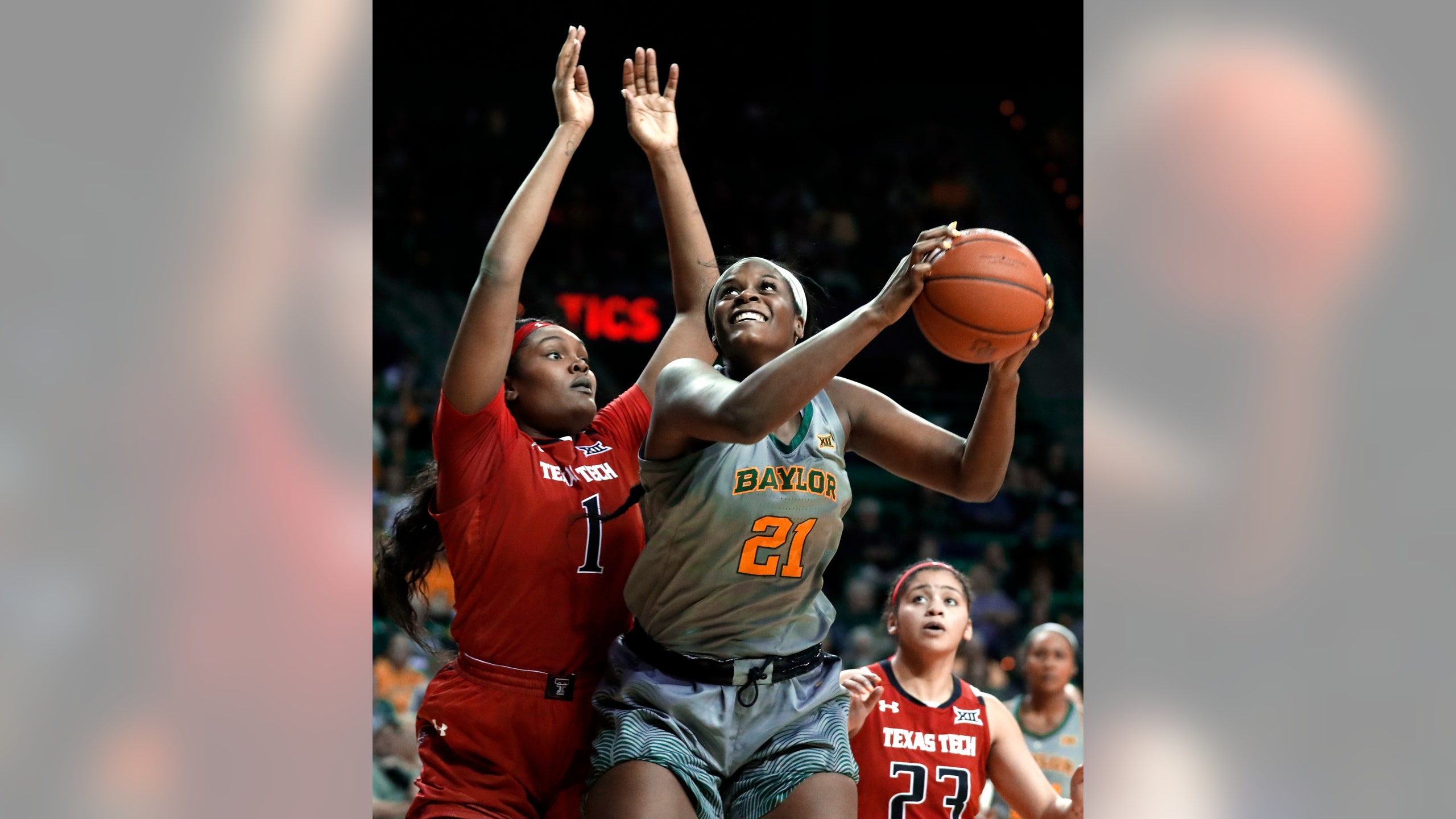 No. 1 Baylor women dominate inside to beat Texas Tech 96-37

WACO, Texas (AP) — Kalani Brown and Moon Ursin set the tone early for Baylor in its first home game in nearly six years as the No. 1 team. The five freshmen for the Lady Bears showed late how they are improving for coach Kim Mulkey.

Brown dominated inside with 23 points on nine layups, adding free throws on five of those after being fouled, and Ursin scored 12 points while holding down the nation's top-scoring freshman as the Lady Bears won their 32nd consecutive Big 12 game, 96-37 over Texas Tech on Saturday.

"It's just fun as a coach when you can watch everybody play, and everybody does something good," Mulkey said.

Baylor was up 46 points when Brown, the 6-foot-7 senior center, and 6-4 junior post Lauren Cox exited the game for good with 3 1/2 minutes left in the third quarter. Freshmen basically finished the game, extending the margin to what ended up being the biggest ever in a Big 12 game for the Lady Bears (19-1, 9-0 Big 12).

Four weeks ago at Texas Tech (10-11, 1-9), Baylor had a 31-point lead before the posts went to the bench and the freshmen filled the floor. The Lady Bears won that game by 17 points.

"I challenged them this time, if you're ever in that situation again, extend or maintain the lead," Mulkey said. "They responded. I looked out here, and we had five freshmen on the floor, and they had starters and seniors out there. That made me proud as a coach, and we did positive things when they were out there."

Brown had 10 points in the first 3:10 of the game, pushing Baylor to a quick 12-4 lead. The advantage was 25-6 by the end of the first quarter after Texas Tech missed 13 consecutive shots in a span of more than seven minutes.

NaLyssa Smith had 14 points for Baylor. Cox, who made all five of her shots, and Aquira DeCosta each had 10.

Sydney Goodson had 13 points for the Lady Raiders, who lost their seventh consecutive game.

"They're extremely talented, strong, tall, athletic. Whole bunch of things," first-year Tech coach Marlene Stollings said of Baylor. "Credit to them from seeing them over a month ago to now, they've really stepped it up a notch."

Baylor: Along with their 32-game Big 12 winning streak, the Lady Bears have won 32 in a row overall at home (15 of those conference games).

"It was good to see us play the way we did today," said Mulkey, who played all 11 players at least 13 minutes, with no one on the floor for more than 25 minutes. "It allowed us to play everybody, and everybody should feel confident about themselves."

Ursin started in place of Juicy Landrum, who sat out with a sprained left foot. Mulkey said Landrum was sore and could have played, but Landrum was given extended rest to make sure she is good for long haul.

After building a 40-16 halftime lead, Baylor opened the second half with 21 consecutive points. That included three times when Brown was fouled on layups and added the free throw each time.

Baylor did its part to keep the No. 1 ranking, especially with No. 2 UConn losing this week. The Huskies lost at No. 3 Louisville.

Texas Tech plays its next three games at home, starting Wednesday against TCU.

Baylor opens the second half of its Big 12 schedule Monday night at No. 12 Texas.