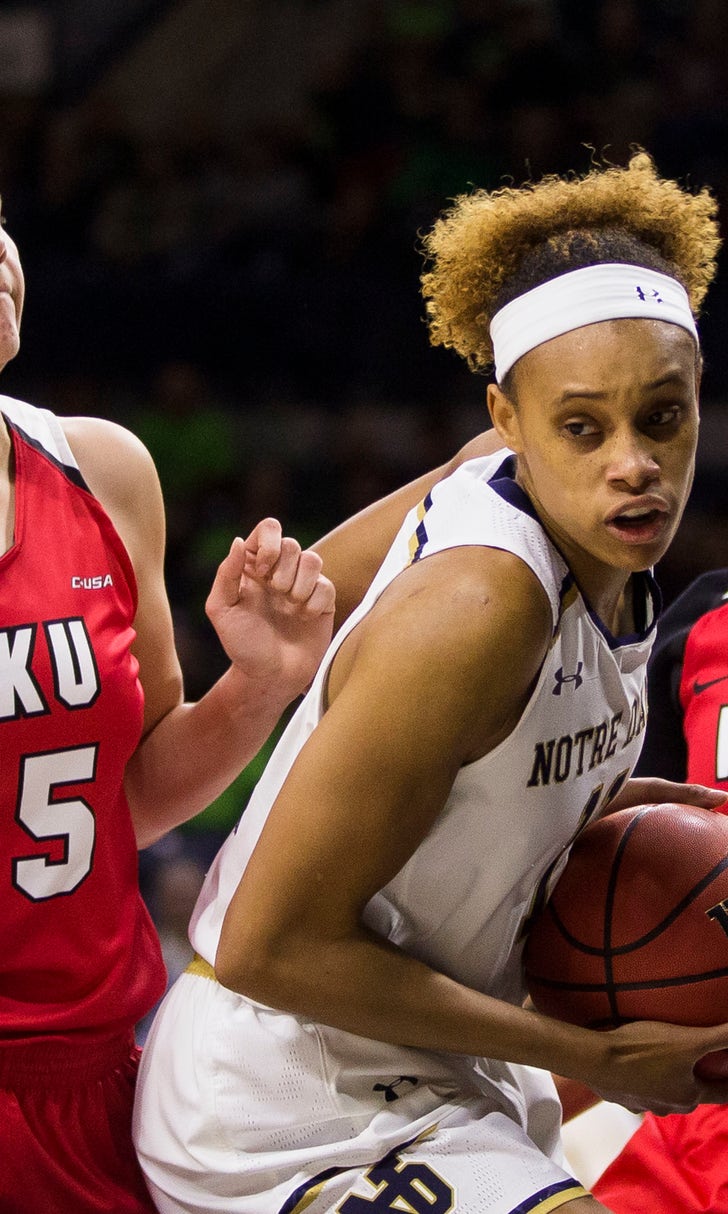 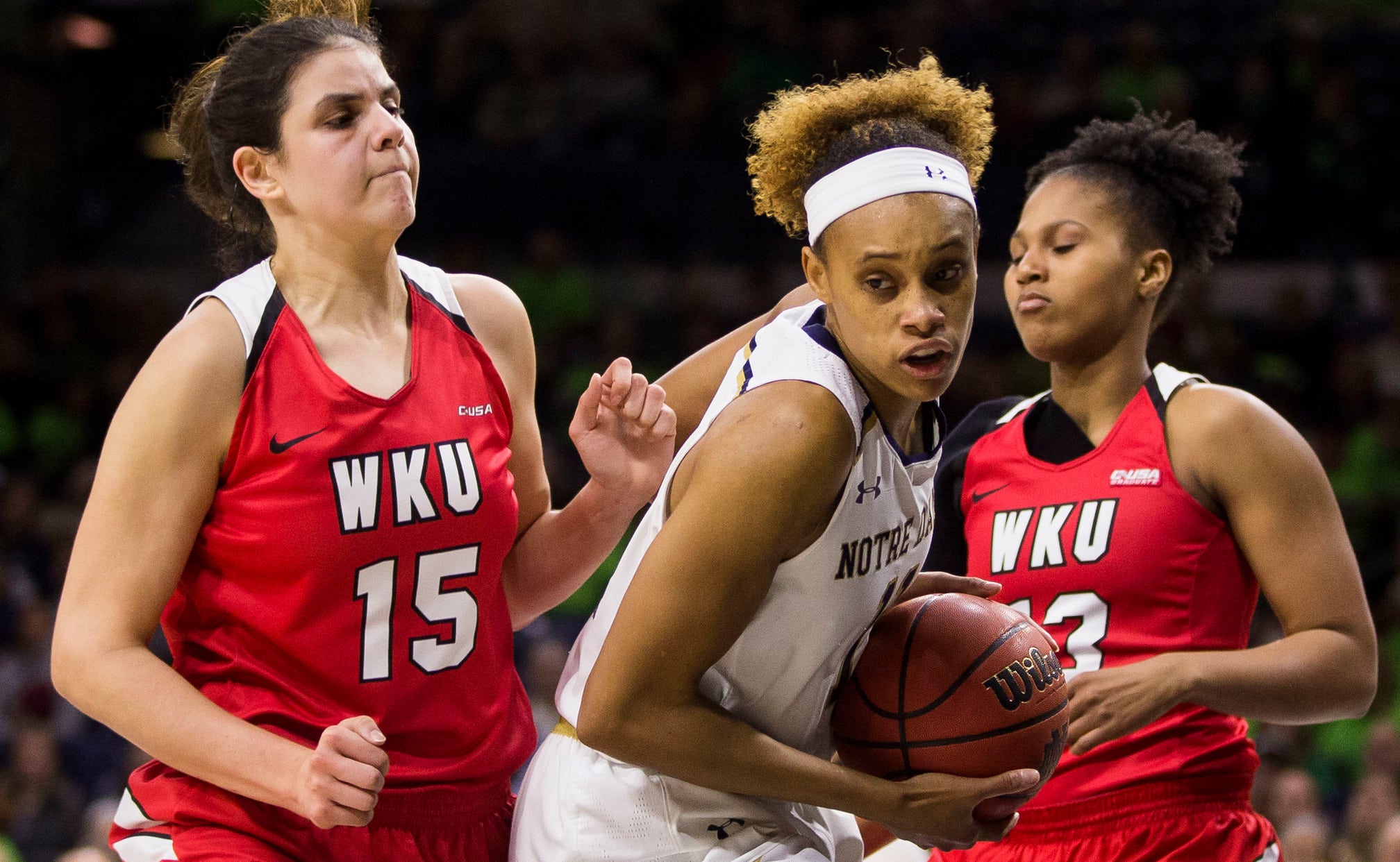 "We really worked the zone well and offensively we were so efficient," McGraw said after Marina Mabrey scored 20 points on 7-of-9 shooting and the Irish (10-1) shot 69.8 percent.

Arike Ogunbowale added 16 points, Jessica Shepard and Jordan Nixon had 12 each, and Brianna Turner finished with 10 as the Irish made 37 of 53 shots against the Lady Toppers to just miss the school record of 70.2 percent in victories over Xavier in 1985 and Mercer in 2011.

Shepard, who made all six of her field-goal attempts, has made 15 straight over three games going back to her final shot in a 72-56 victory at Toledo on Dec. 8. That's two off Carey Poor's school record of 17 in a row during the 1994 season.

"We were moving the ball and working together. I was really pleased with the offense and defense from the starters," McGraw said.

The Irish had 25 assists, five of them by Shepard, who also grabbed a team-high six rebounds as Notre Dame dominated the boards 38-29 and had a 12-5 edge in blocks, four by Turner.

"Brianna is such an imposing presence inside," McGraw said. "There were so many great plays in transition where the ball didn't touch the floor."

Early in the third quarter, Shepard blocked a shot to Ogunbowale, who then found Shepard running the floor. Shepard touched the ball over to Turner for a basket and a 59-17 lead.

"As an offense, I think we're doing a better job of moving and finding each other," Shepard said after the Irish won their third straight following an 89-71 loss to No. 1 Connecticut on Dec. 2. "That's showing in our percentages and the efficiency of our offense."

Nixon's 12 points, on 4-of-6 shooting including 3-of-4 from behind the 3-point line, came off the bench. Notre Dame outscored Western Kentucky 27-13 on bench points and 27-2 on fast-break points.

Turner had two blocks on Western Kentucky's second possession and things went downhill from there for the Lady Toppers. Notre Dame opened with an 8-0 run and finished with a 9-2 run for a 23-8 lead after the first quarter.

The Irish then turned up the defense and the offense followed as they hit their last 12 shots of the quarter to open up a 53-15 halftime lead.

Western Kentucky: The Lady Toppers, coming off an 86-83 loss at home to Ball State, never got off the ground in the first half, seeming reluctant to take it inside on the 6-foot-3 Turner and the Irish. They shot 18.8 percent (6 of 32) and had 14 turnovers against the Irish, who played a variety of defenses.

Notre Dame: The Irish finished the first half hitting their final 12 shots, going 13 of 14 in the second quarter (92.8 percent). In the half, they made 21 of their 26 shots, an 80.8-percent shooting effort that tied their third-best total for any half (1990 versus Xavier) during McGraw's 32 seasons. They had six block shots (Turner had three) but they also had nine turnovers.

Notre Dame: At No. 19 Marquette on Saturday.