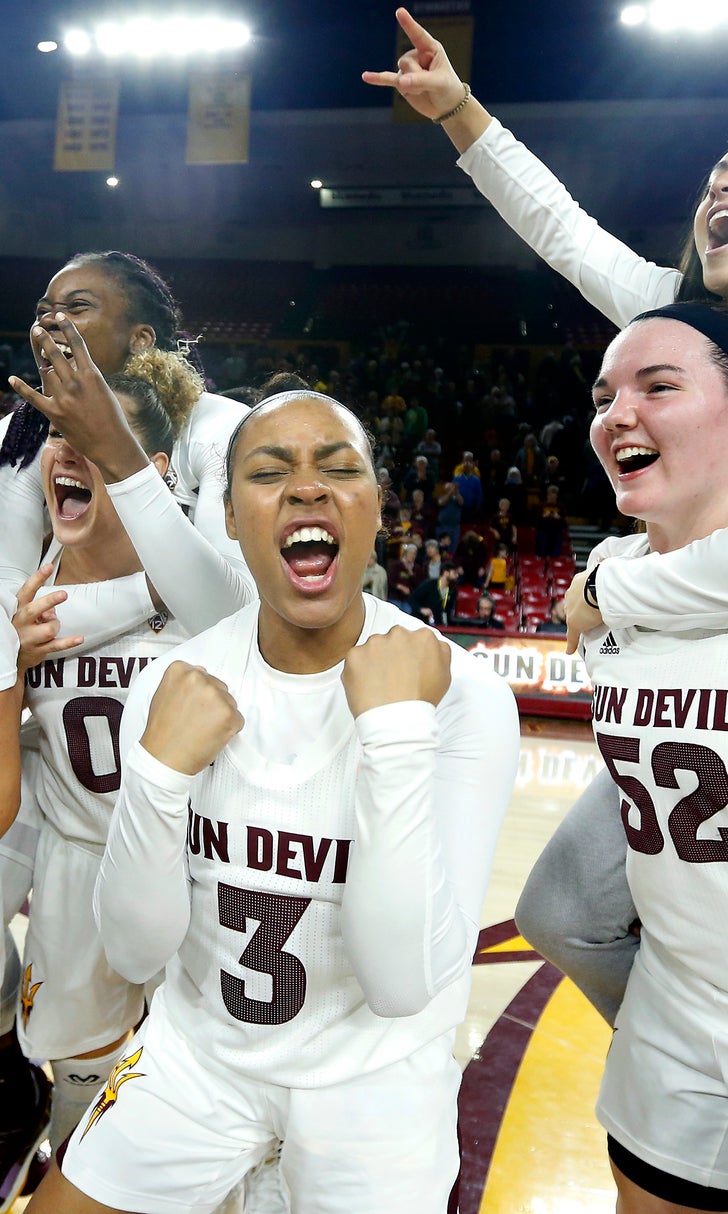 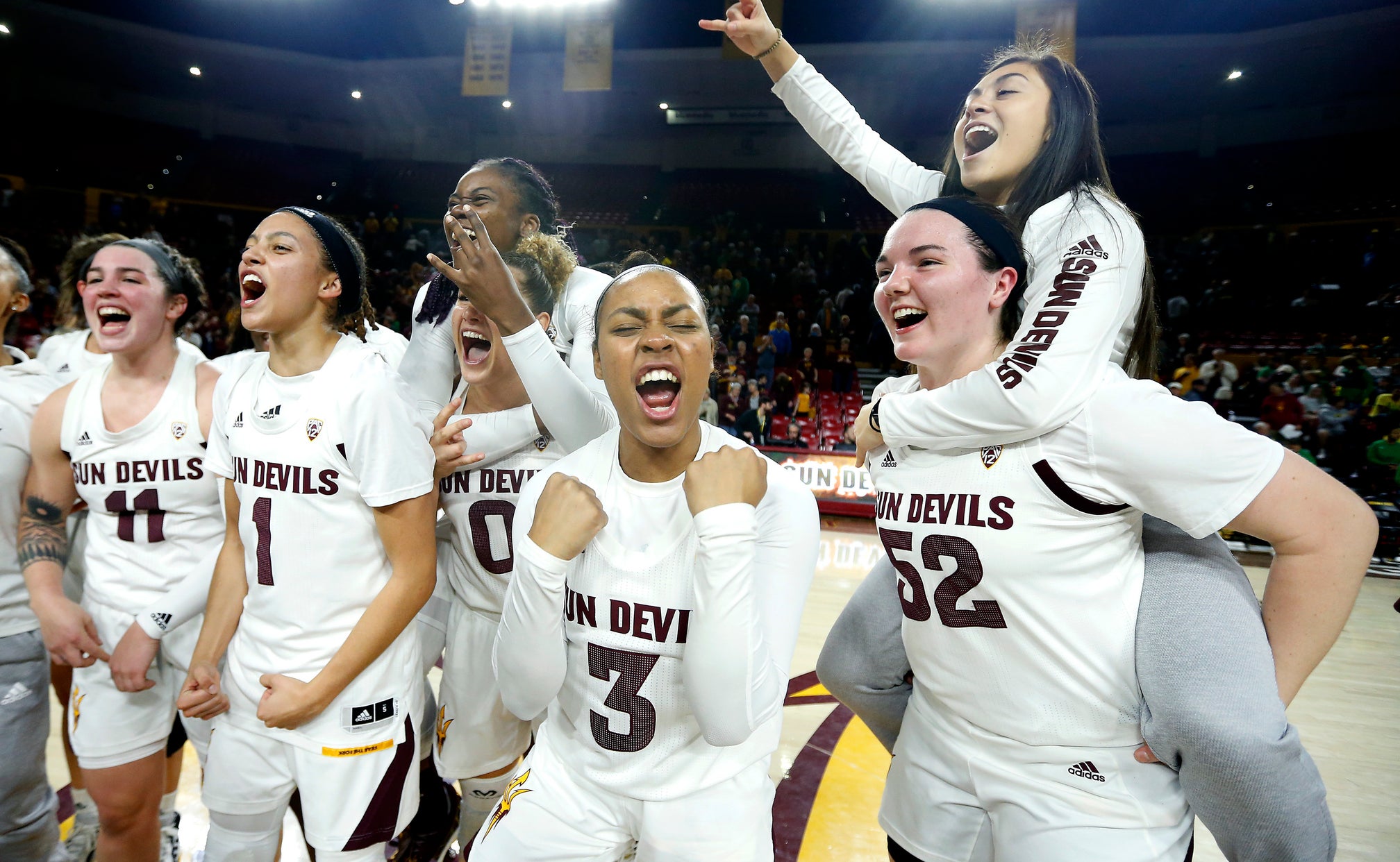 TEMPE, Ariz. (AP) — Robbi Ryan scored 13 of her 17 points in the second half, Jamie Ruden hit two big baskets late and Arizona State stormed back to upset No. 2 Oregon 72-66 on Friday night.

Ryan hit six 3-pointers in the second half after starting 0 for 2 and Ruden scored twice inside in the final 1:13.

Ruden also grabbed a late offensive rebound and Reili Richardson hit four free throws in the final 15 seconds. Arizona State's students stormed the court after the Sun Devils beat their highest-ranked opponent since knocking off No. 2 Stanford in the 2002 Pac-10 tournament title game.

The Ducks (12-2, 2-1) dominated through three quarters before falling apart in the fourth, spoiling their chance to move to No. 1 next week following top-ranked Connecticut's loss to Baylor on Wednesday night.

Sabrina Ionescu kept Oregon in it by scoring eight of her 24 points after Arizona State made its run, and Ruthy Hebard added 13 points. The Ducks had 17 turnovers, leading to 17 points for Arizona State, and had no answer when the Sun Devils made their push.

Pivec shot 7 of 12 from the field and added 10 rebounds and six assists. Her biggest moment was in the final seconds when she got the ball in the paint, drove to the basket and finished the contested short jumper over Arizona's defense.

Arizona (14-2, 2-2) had a chance to win in the final second, but Aari McDonald's 3-point attempt was blocked by Destiny Slocum right before the buzzer. McDonald scored 15 point, and Cate Reese added 15 points and 11 rebounds.

Freshmen Haley Jones and Ashten Prechtel scored 17 and 13 points, respectively, as the Cardinal (14-1, 3-0 Pac-12) took control from the opening tipoff to win their fourth straight game since the team's lone defeat at Texas on Dec. 22.

It marked the debut matchup for first-year Cal coach Charmin Smith facing her former coach in VanDerveer, who improved to 500-78 in regular-season conference play in the Pac-12 that was formerly the Pac-10. Geno Auriemma of Connecticut has his victories split between the AAC and Big East, while the late Pat Summitt of Tennessee earned 458 victories in the SEC.

Cold-shooting, overmatched Cal (8-6, 0-3) fell behind immediately and couldn't keep up, trailing 39-15 at halftime before scoring only three points in the third quarter on 1-for-14 shooting. Jazlen Green scored 10 points to lead the way.

Charisma Osborne added 17 points to help the Bruins go to 4-0 in the Pac-12. UCLA shot 81% in the fourth quarter to turn it into a blowout.

DePaul pulled away with a 14-2 run that spanned the third and fourth quarters, capped by Held's layup to make it 76-59 with 6:19 left in the fourth.

Manning finished with 16 points, making 4 of 8 from the arc.