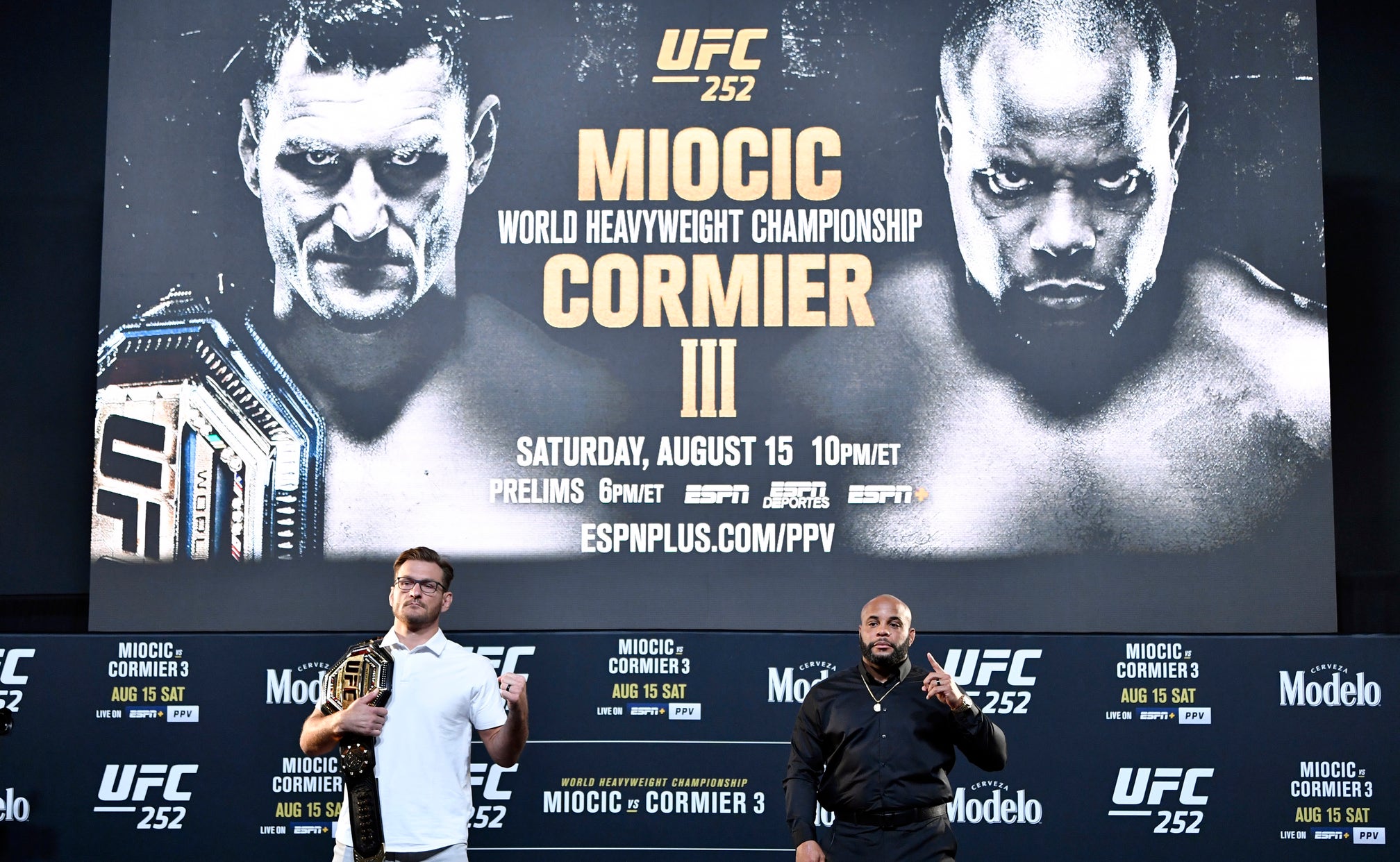 When Stipe Miocic and Daniel Cormier enter the Octagon together for the third time in a little over two years on Saturday, more than the UFC heavyweight strap will be on the line.

One man will emerge as the best heavyweight of all-time, at least according to UFC President Dana White.

Both Miocic and Cormier are indeed UFC and MMA legends.

Miocic arrived in the UFC in 2011, winning his first three fights before suffering his first professional loss to Stefan Struve in September of 2012.

After that loss, Miocic won nine of his next 10 fights, including snatching the heavyweight belt with his knockout win over Fabricio Werdum at UFC 198 in May 2016.

Miocic would go on to defend the belt three times, knocking out both Alistair Overeem and Junior dos Santos in the first round, and earning a decision win over Francis Ngannou.

However, Miocic's streak came to an end at UFC 226 in July 2018, when he was knocked out in the first round by Cormier, who joined Randy Couture, BJ Penn, Georges St. Pierre, Conor McGregor and Amanda Nunes as the only fighters to win titles in two weight divisions in UFC history (Henry Cejudo would join the list in 2019).

Cormier would begin his title reign with a submission victory over Derrick Lewis at UFC 230 in November 2018, before entering the Octagon with Miocic for a second time at UFC 241 in August of last year.

And while Cormier maintained most of the momentum in the early rounds, Miocic's punches began to find their mark in Round 4, and he finished Cormier, handing DC the first official KO loss of his career (Jon Jones knocked out Cormier at UFC 214, but the result was overturned after Jones tested positive for a banned substance after the fight).

Now, the two men will settle the score on Saturday. Miocic will have an opportunity to earn a record 6th UFC heavyweight title win, and Cormier will have a chance to knock off the most successful heavyweight in UFC history and win the belt for a second time.