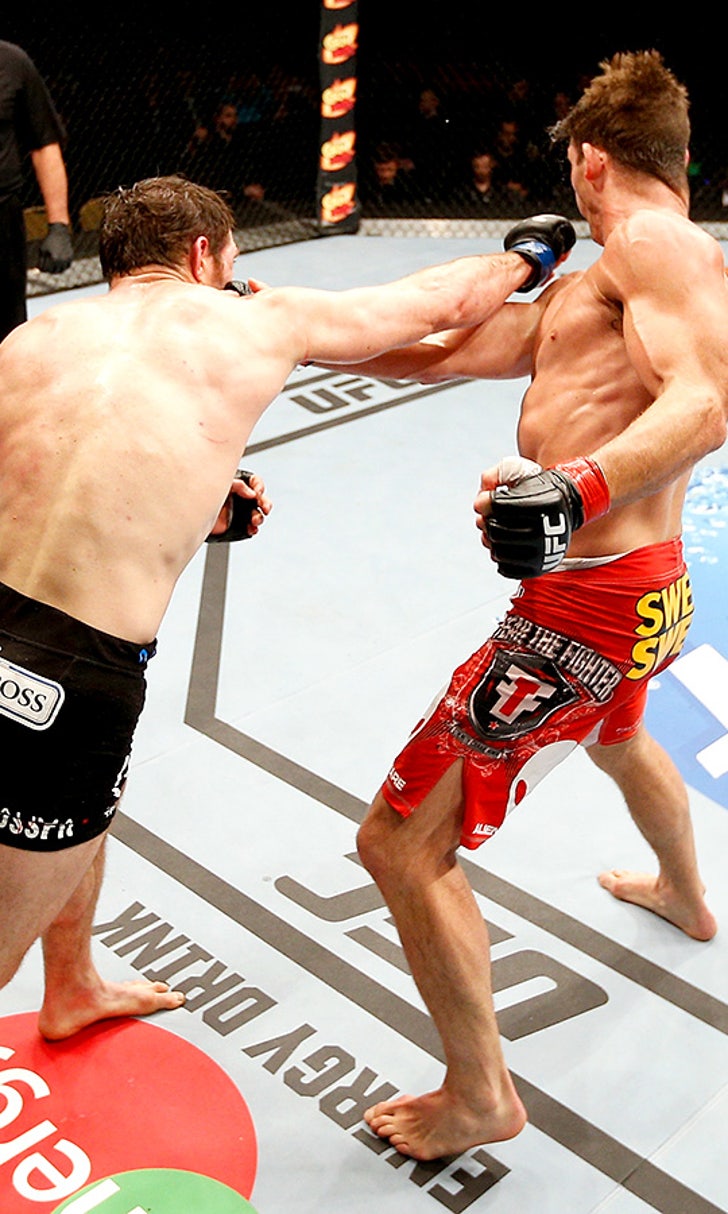 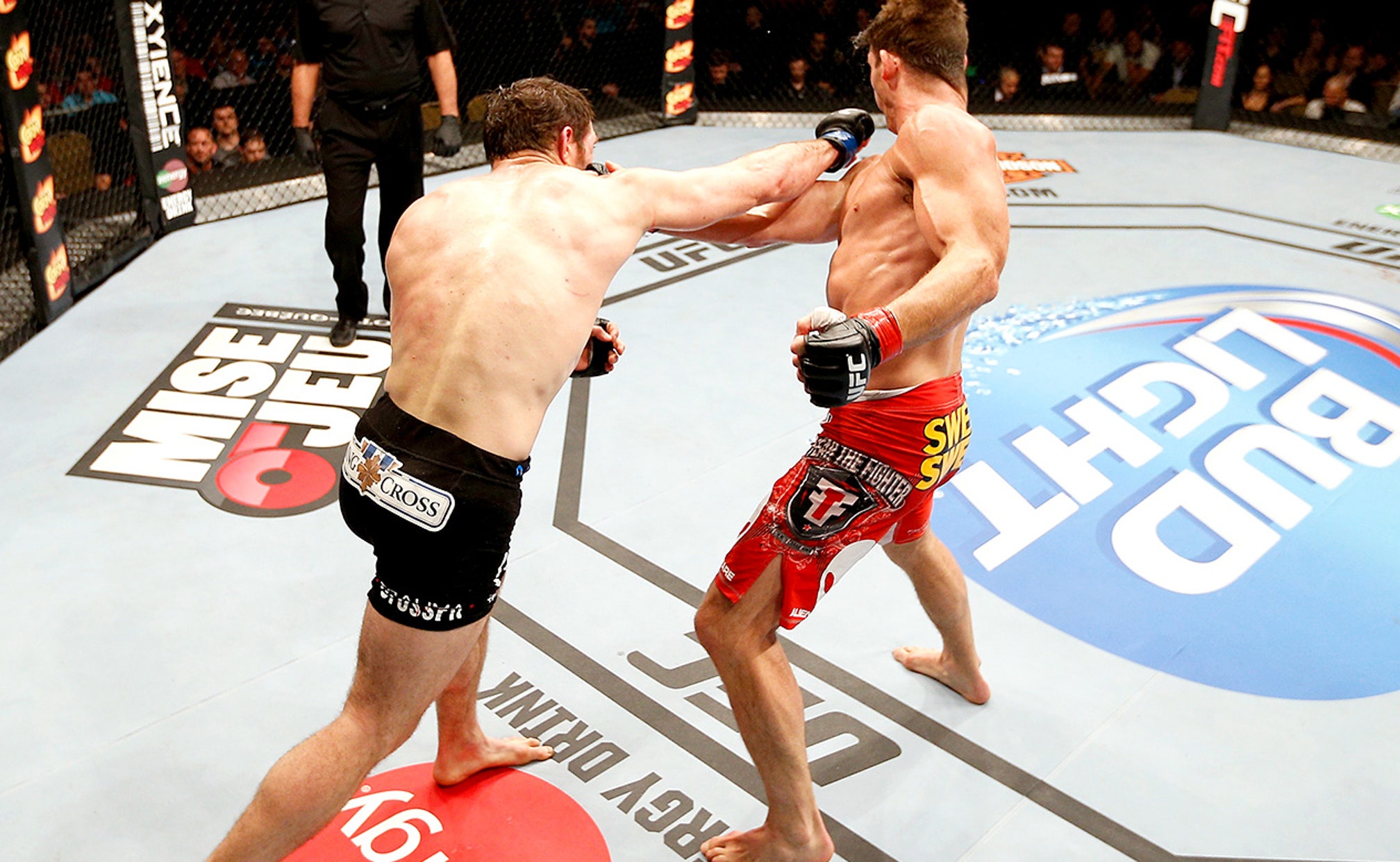 QUEBEC CITY -- On the night of his most significant career win, Tim Kennedy may have also suffered a serious setback. The UFC middleweight outclassed and outworked Michael Bisping for a unanimous decision in the TUF: Nations Finale headliner, but along the way, he believes he suffered a broken hand.

When asked by FOX Sports about his physical conditioning after the hard-fought five-round fight, Kennedy (18-4) originally said he escaped unscathed.

A short time later, however, while answering another question about his in-fight adjustments, Kennedy acknowledged he injured his right hand along the way.

Kennedy out-landed Bisping 76-53 overall according to FightMetric statistics, and landed most of the fight's most jarring blows, including an overhand right in the fourth that had Bisping on wobbly legs.

The 34-year-old Kennedy has captured all three of his fights since moving over from Strikeforce to the UFC. He's currently ranked No. 8, a number that is likely to improve after toppling No. 5 Bisping.

After fighting for the fourth time in the last 15 months, Kennedy may be looking at a forced timeout if the X-ray comes back with the expected result.

Kennedy says when he returns, he hopes to fight another "marquee UFC guy," citing particular interest in the winner of the upcoming fight between Mark Munoz and Gegard Mousasi.