McGregor confident he could knock Mayweather's head 'clean off his shoulders'

The oddsmakers aren't giving Conor McGregor a very good shot at beating Floyd Mayweather if the two combat sports superstars ever meet in the ring, but that doesn't deter the UFC champion from displaying his usual brand of confidence ahead of the potential super fight.

According to the Westgate sports book in Las Vegas, Mayweather would be a whopping 25-to-1 favorite to beat McGregor as he looks to move his perfect boxing record to 50-0 with his next match.


Those numbers mean nothing to McGregor, who clearly fears no man inside the Octagon and that mindset seemingly carries over to boxing as well for his proposed showdown with Mayweather.

“We're talking about boxing. That's it. But again, age waits for no man," McGregor said about Mayweather when speaking to GQ. "He's 40 years of age. He's a little, he's got a little head on him. Honestly, my fist is bigger than his head. 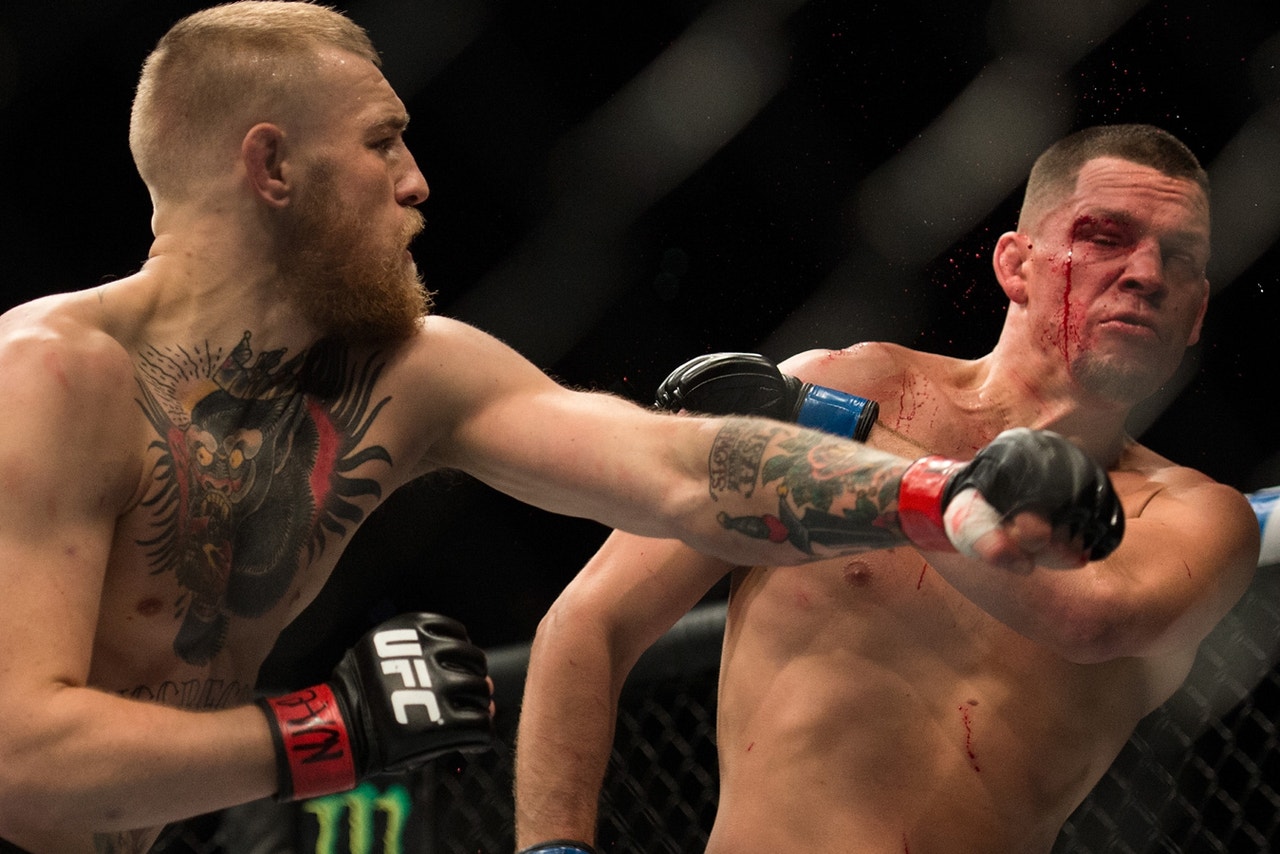 McGregor also says that if Mayweather isn't willing to sign on the dotted line to meet him, he'd be willing face any of his past opponents that he couldn't finish.

While Mayweather is considered one of the best boxers of this generation not to mention being lauded as possibly the greatest defensive fighter in the history of the sport, McGregor would rather point out the fact that he's never been a knockout puncher.

In fact, Mayweather only finished one of his final 10 opponents before retirement and that came in controversial fashion against Victor Ortiz when he dropped his hands during a pause in the action from the referee before he got blasted with two punches upon the restart.

"So all I have to do is pick some schmuck out that he only could decision, bounce the left hand off his dome, sleep him, and then there you go: It's already done.”

McGregor has made it clear that he wants Mayweather as his next fight and he hopes to work with the UFC on making that fight become reality.

It's impossible to argue against the logic for McGregor considering he would probably make between high eight to low nine figures for the high-profile showdown with Mayweather when adding in pay-per-view sales from the fight.

UFC president Dana White has made it clear that McGregor should want them involved in the promotion of any potential pay-per-view with Mayweather, but the current lightweight champion points out that whether they are together or against him, he's going after this fight.