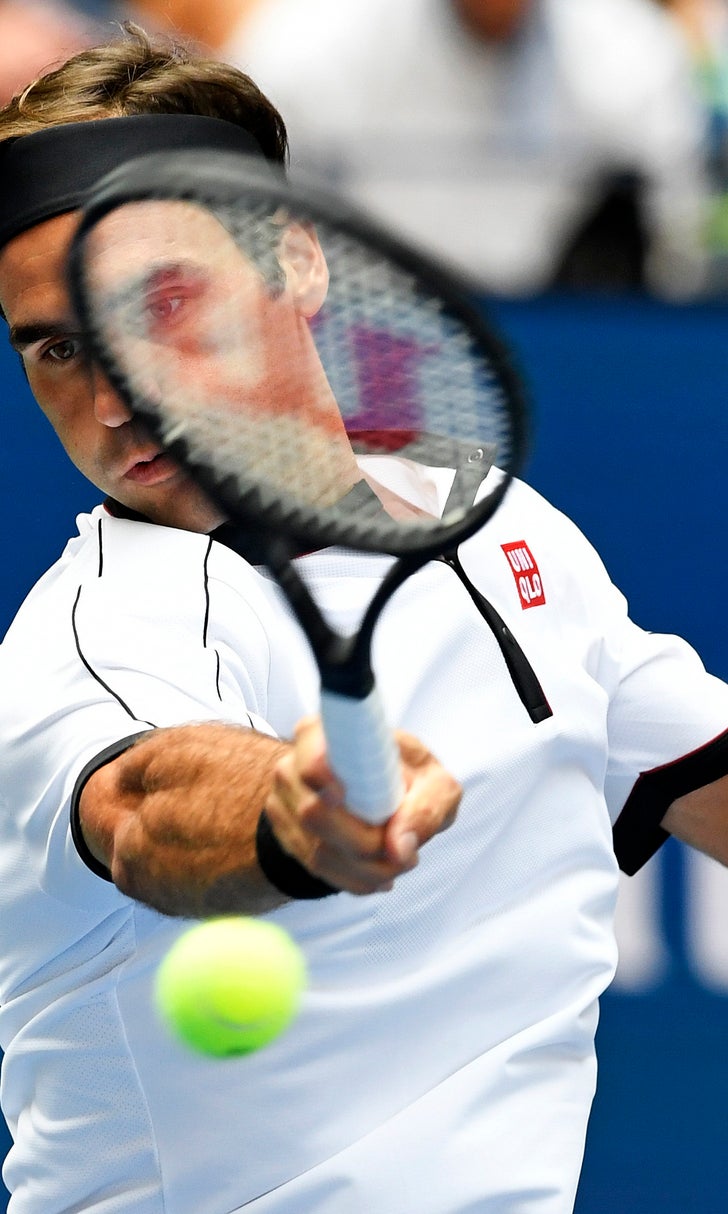 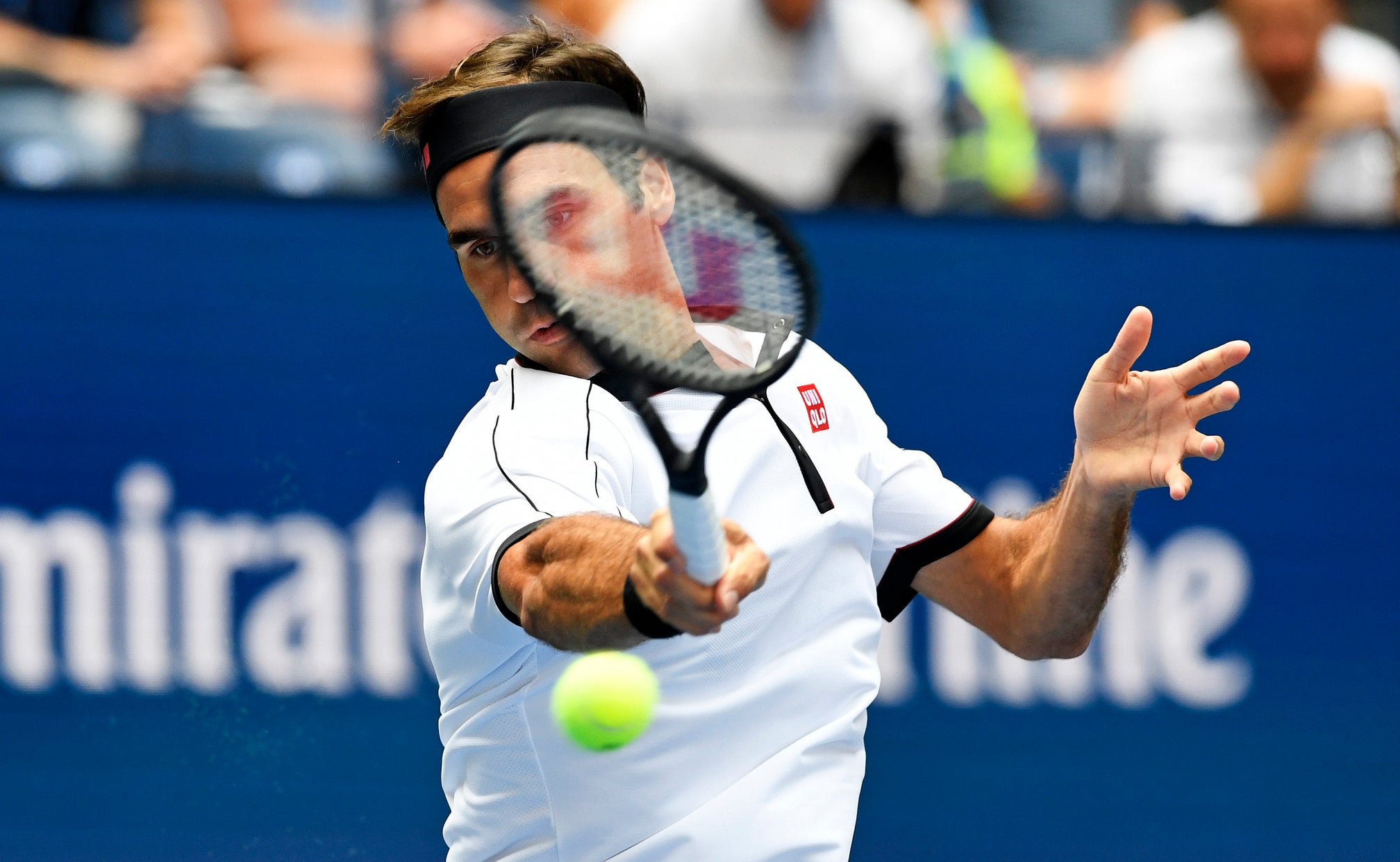 Williams needs 44 minutes to reach US Open SF; Federer out

NEW YORK (AP) — The numbers associated with Serena Williams' U.S. Open quarterfinal victory over Wang Qiang were so stark, they bear reading more than once.

This is the portion of the tournament that is supposed to be where winning a Grand Slam title gets difficult, where the remaining players are among the very best opposition around. And yet there was Williams in Arthur Ashe Stadium on Tuesday night, making one of the last eight women in the draw, someone ranked No. 18 in a world of billions, look and feel completely overwhelmed.

"Didn't give her too many chances," Williams said.

A reporter wanted to know what surprised Wang the most about being across the net from Williams for the first time.

"Everything," Wang said with a smile.

Looking as dominant as can be as she moved closer to a 24th Grand Slam singles trophy and seventh U.S. Open championship, Williams was not troubled one bit by the right ankle she rolled in her previous match.

"Physically, I'm feeling great," Williams said, "and more than anything, I'm having fun every time I come out here."

Roger Federer followed her into Ashe and did not have a good time, dealing with upper back and neck problems while giving away leads against a guy he'd never lost to, bowing out in the quarterfinals 3-6, 6-4, 3-6, 6-4, 6-2 against 78th-ranked Grigor Dimitrov.

"Just disappointed it's over. Because I actually was feeling I was playing really well," said Federer, who said he began having physical problems Tuesday afternoon and then took a rare-for-him medical timeout before the fifth set. "A missed opportunity, to some extent."

The No. 3-seeded Federer joined defending champion and No. 1 seed Novak Djokovic on the sideline less than two months after their epic five-set Wimbledon final. Djokovic retired from his fourth-round match at the U.S. Open because of a painful left shoulder.

Dimitrov will play No. 5 Daniil Medvedev in the semifinals Friday.

Medvedev reached his first Grand Slam semifinal by overcoming 12 double-faults and a left thigh issue to get past three-time major champion Stan Wawrinka 7-6 (6), 6-3, 3-6, 6-1.

Against Wang, who was making her debut in a major quarterfinal, Williams grabbed the first five games in about 15 minutes. Then, after dropping one game, Williams collected the next 11 points to start a seven-game run the rest of the way.

She controlled pretty much every point, pretty much from the start, regardless of whether she was serving or returning. She hit the ball hard, well and true, pushing Wang around and rarely letting get into position for a proper reply. Williams was so dialed in, there weren't all that many occasions to test her ankle, but on those rare instances when she did need to run, she appeared to be more than OK.

That's a big reason Wang could not manage even one winner.

"Yeah, that's a good stat for me. It's good because I want to be able to move around the court. I move when I want to move," Williams said. "I guess I wanted to move tonight."

"From when I first started here ... I never thought that I would get to 100. Didn't even cross my mind I would still be out here," said Williams, who turns 38 later this month. "But I love what I do."

The American will face No. 5 seed Elina Svitolina of Ukraine for a berth in the final. Svitolina eliminated 16th-seeded Johanna Konta of Britain 6-4, 6-4 earlier Tuesday.

"She gets a lot of balls back. She doesn't make a lot of mistakes," Williams said about Svitolina, who beat her at the 2016 Rio Olympics. "She's one of those players that does everything really well. So I have to do everything well, too."

With her boyfriend, Gael Monfils, watching in the stands, Svitolina got to the semifinals at a second consecutive major tournament after never having been that far before.

"Now," Svitolina joked about Monfils, "he needs to step up his game."

Monfils, who is seeded No. 13, plays No. 24 Matteo Berrettini in one of the men's quarterfinals Wednesday, when Rafael Nadal meets No. 20 Diego Schwartzman in the other. The women on the schedule Wednesday: No. 13 Belinda Bencic vs. Donna Vekic, and Bianca Andreescu vs. No. 25 Elise Mertens.

To say Williams was the overwhelming favorite heading into this stage of the two-week tournament would be a massive understatement.

Not only was Williams the only one of the eight female quarterfinalists to ever have won a Grand Slam singles title, but she also was the only who even has reached a major final before.

While Williams reached her 38th career Slam semifinal by beating Wang, the other seven quarterfinalists had participated in a combined total of five major semis, going 0-5 in those matches.