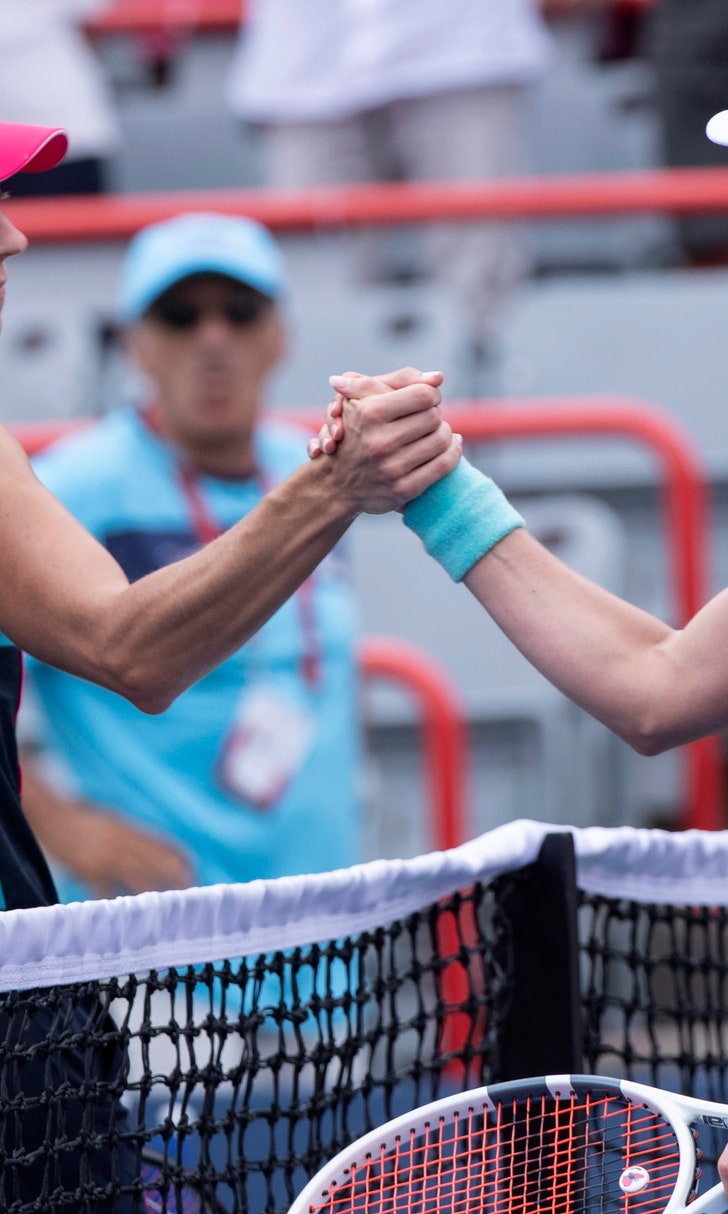 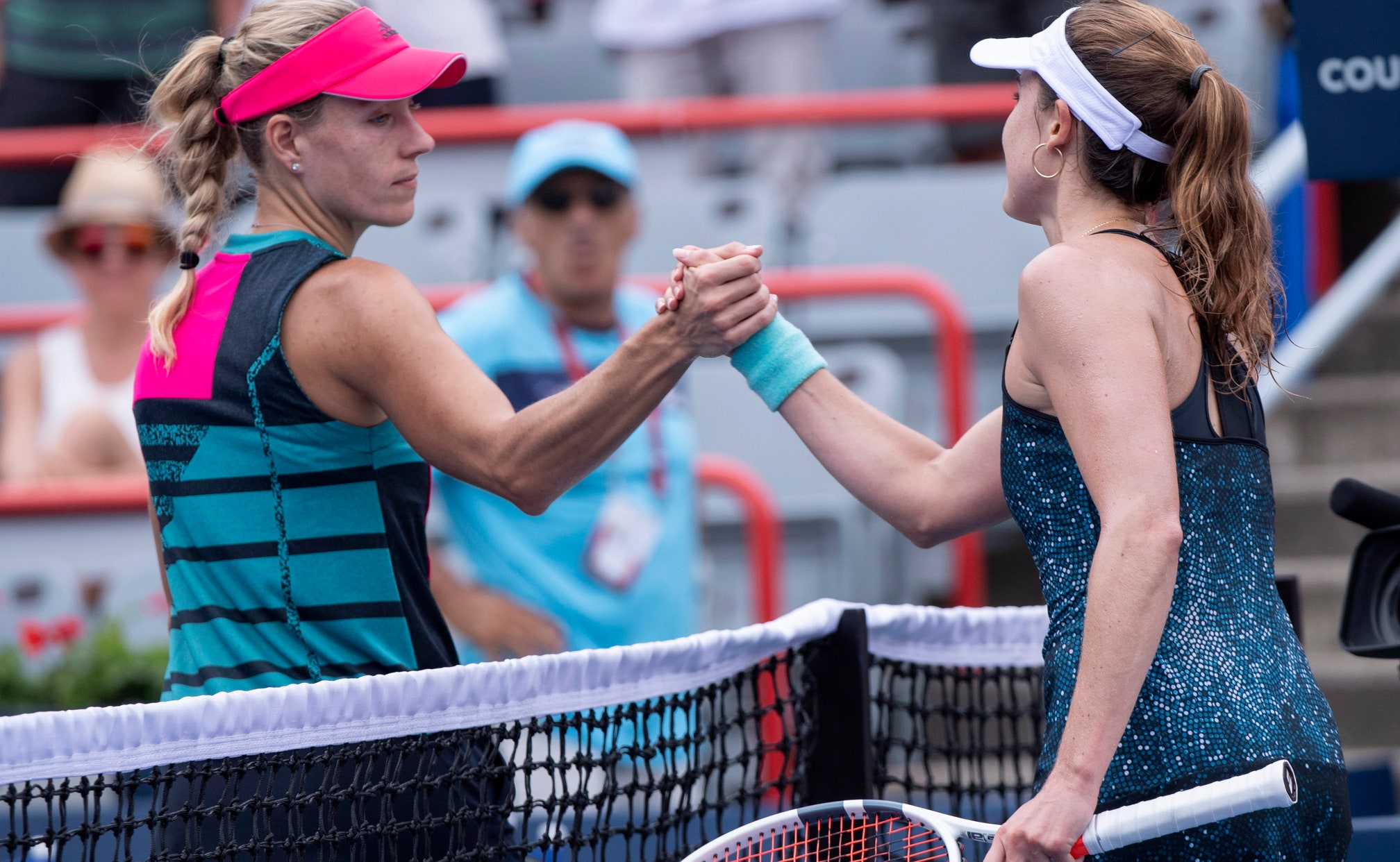 MONTREAL (AP) — Alize Cornet of France beat listless-looking Wimbledon champion Angelique Kerber 6-4, 6-1 on Wednesday in the second round of the Rogers Cup.

The unseeded Cornet advanced to a third-round meeting with 15th-seeded Ashleigh Barty of Australia, a 7-6 (7) 6-2 winner over Belgium's Alison Van Uytvanck.

Kerber, from Germany wilted in the sticky heat at IGA Stadium in her first match since Wimbledon.

"It is one match, I know I have to learn from it," the fourth-seeded Kerber said. "I took a few weeks off after Wimbledon so I knew I had to come here, play a lot of matches, and also to get used to the hard courts again.

"Of course, it was not the plan to play just one match, but at the end, this is tennis. Every tournament starts from zero. Now I'll try to get ready for the next tournament."

Top-seeded Simona Halep of Romania trailed Anastasia Pavlyuchenkova of Russia 4-3 when rain forced the suspension of play for the day. Second-seeeded Caroline Wozniacki of Denmark, and No. 13 Venus Williams never started their second-round matches.

Maria Sharapova continued her bid to climb back to the top of women's tennis with a 6-0, 6-2 victory over 12th-seeded Daria Kasatkina. Sharapova, the former world No. 1 who was ranked 149th a year ago after serving a 15-month doping ban, got a second one-sided win in a row.

"I've had all types of matches in my career," said Sharapova, now No. 22 in the world. "I'll take what I can get as long as I'm the one getting a chance to play the next match."

The Russian will face sixth-seeded Caroline Garcia of France in the third round. Sharapova is 4-1 in previous meetings, but Garcia won their last one this year in Stuttgart.

Unseeded Kiki Bertens is ranked 18th in the world, so it wasn't much of an upset when she beat ninth-seeded Karolina Pliskova 6-2, 6-2 to advance to a matchup with eighth-seeded Petra Kvitova.

The top eight seeds had gotten a bye to the second round.

Qualifier Carla Suarez Navarro of Spain, a former top-10 player, got past Lesia Tsurenko 6-4, 3-2 when her Ukrainian opponent retired in the second set. Suarez Navarro will face Stephens.