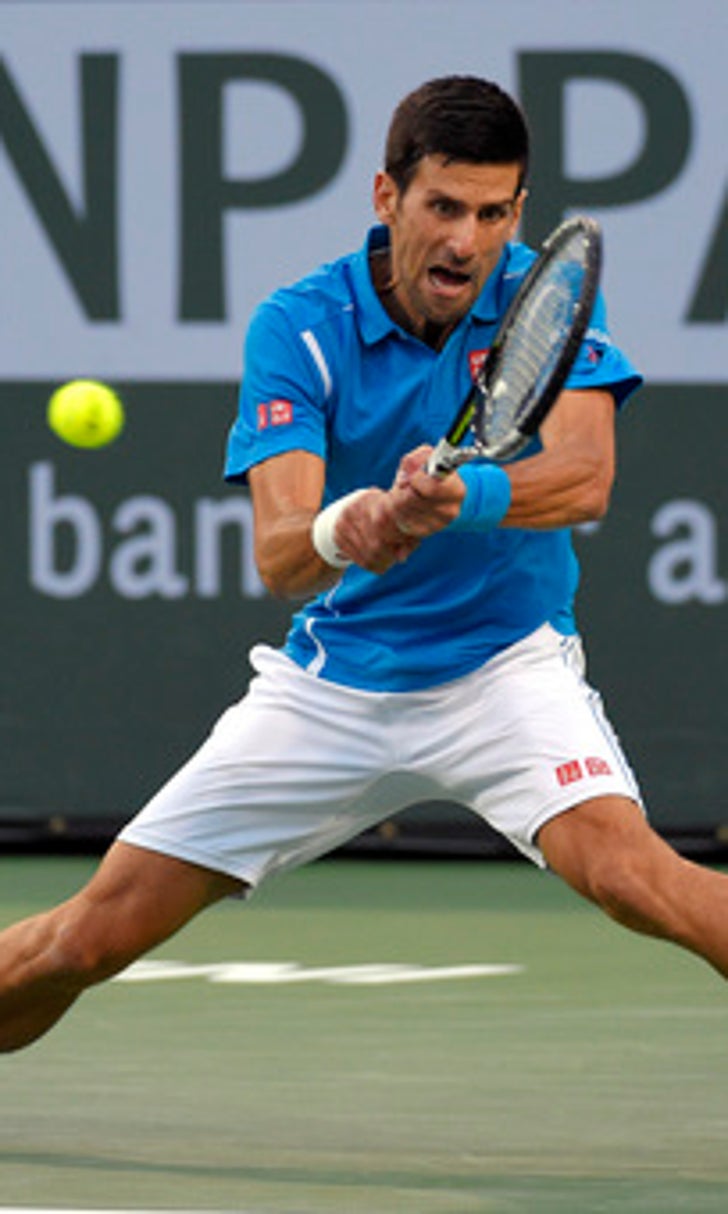 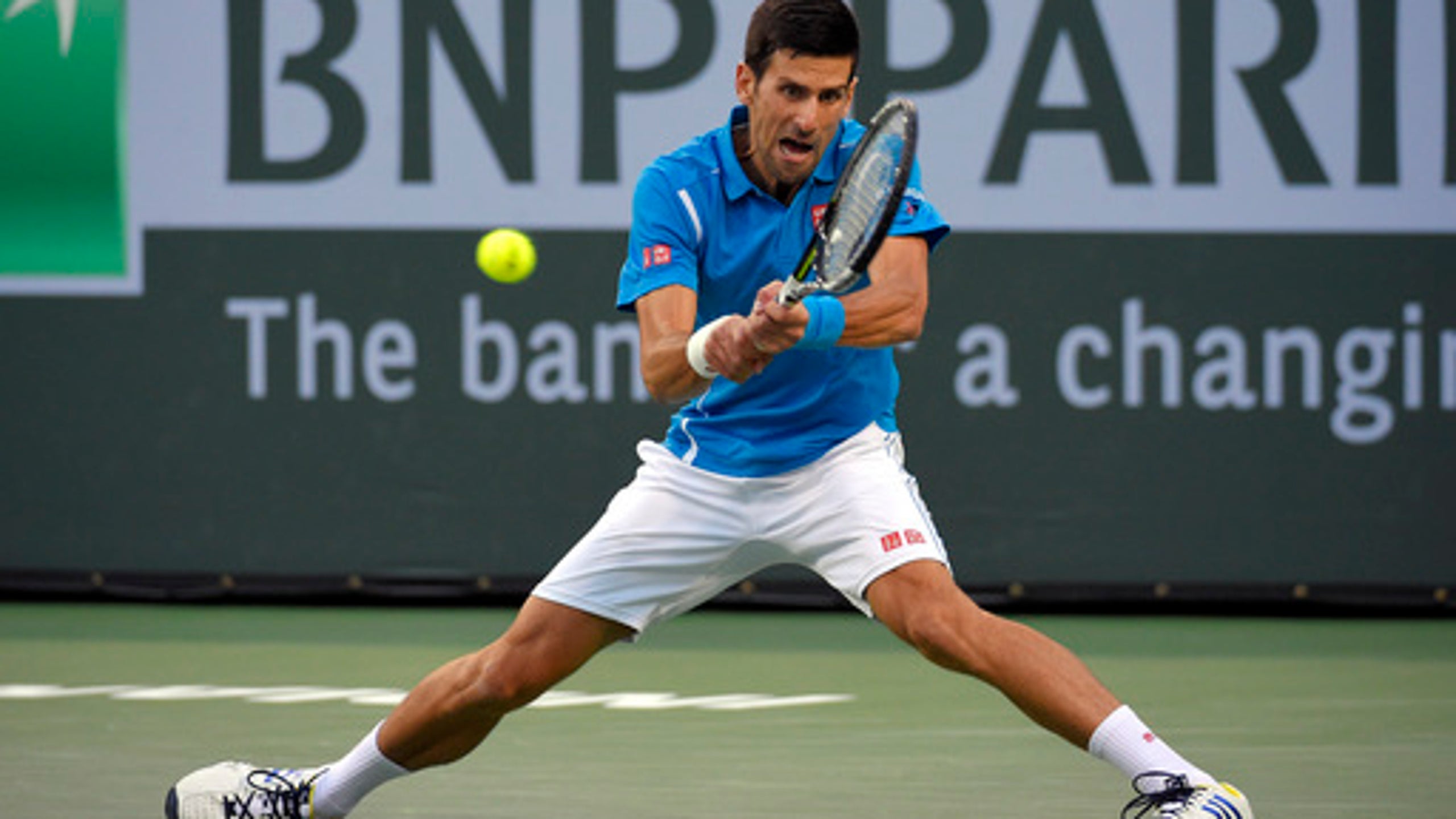 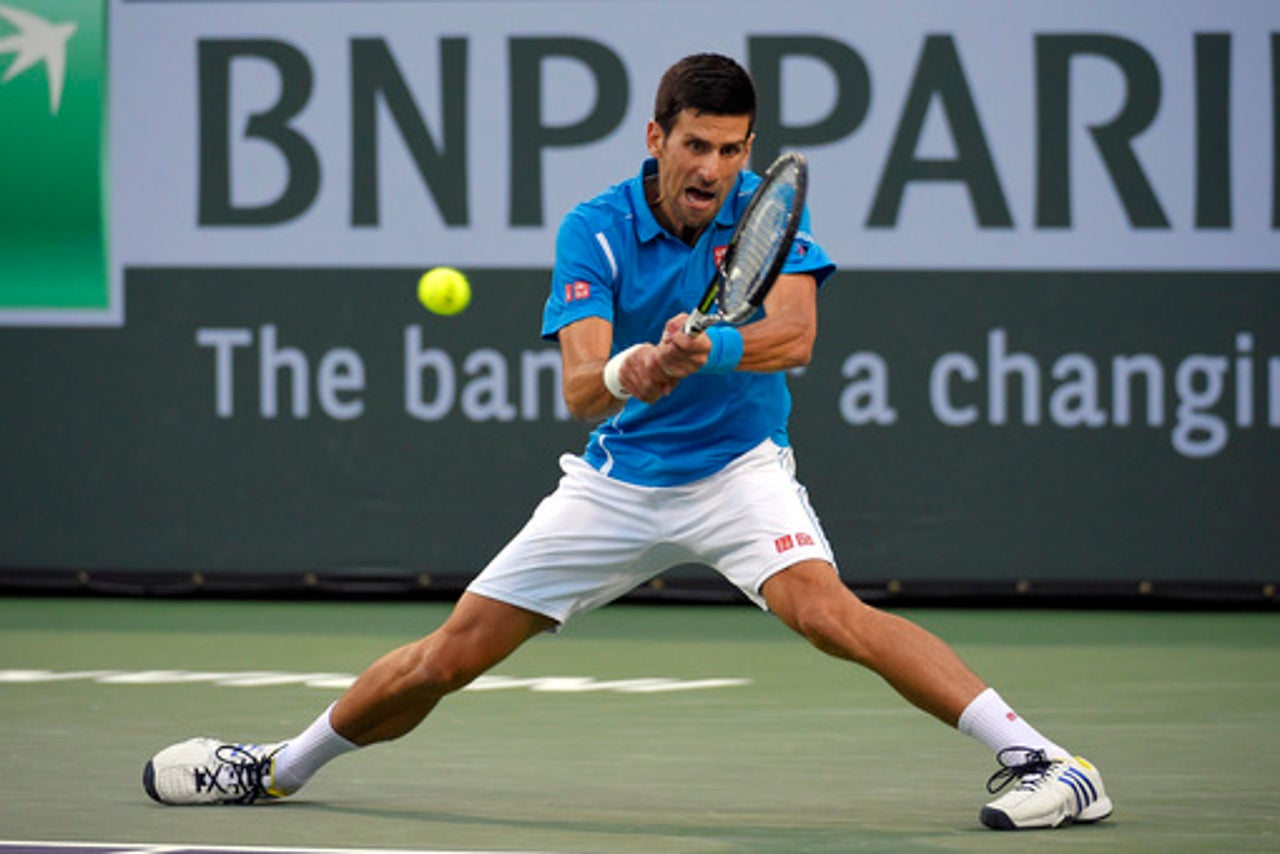 ''All credit to Bjorn on playing a great match, but I wasn't feeling comfortable at all on the court,'' the top-ranked Djokovic said after extending his winning streak at the Indian Wells Tennis Garden to 12 matches. ''I was just trying to find a way, trying to hang in there and make it through.''

The 22-year-old Fratangelo was the French Open boys' champion in 2011 and turned pro in 2012, but has been playing almost exclusively on the satellite tours. He's ranked No. 149 and his first-round win Friday was his first in four matches on the ATP World Tour.

He took a 4-0 lead in the opening set and kept the match interesting until Djokovic got back-to-back service breaks en route to winning the final five games.

''He deserved every point he got,'' Djokovic said. ''He played a great match, especially in the first set.''

Djokovic, who has a 17-1 record this season, took the court after top-ranked Serena Williams moved into the women's fourth round with a ragged 7-6 (2), 6-0 victory over Yulia Putintseva of Kazakhstan.

In the opening set, Williams showed the effects of a six-week layoff since losing the Australian Open final. The two-time tournament champion made 29 unforced errors and seemed completely out of a rhythm against Putintseva, who played aggressively and challenged every close line call.

''I found it (Putintseva's style) good to play. I just wasn't finding my rhythm. I hadn't played someone like her, so I was just trying to get my bearings there. I made a lot of errors in that first set. I went for a lot and I usually make those, but I kept missing. Even in the first game. Even though I won, I made some simple errors that just kept going for the first set.''

Williams had to break Putintseva's serve to force the tiebreaker and then finally began to impose herself on the 56th-ranked Putintseva, winning the final five points.

''My intensity was higher and I started making my shots,'' Williams said. ''I was going for it. I just kept missing it either in the net or missing it out. Really, really close. I started making them, and then I started getting more confidence to continue to go for it, and that kind of helped me out.''

The second set was over in 24 minutes, with Williams making just four errors and winning 24 of the 30 points. She'll face Kateryna Bondarenko of Ukraine in the fourth round.

Williams was joined in the fourth round by No. 3 seed Agnieszka Radwanska of Poland, a 6-2, 6-1 winner over Monica Niculescu of Romania; eighth-seed Petra Kvitova of the Czech Republic, who won the final four games of the match to beat Johanna Larsson of Sweden, 6-3, 4-6, 7-5; and No. 19 Jelena Jankovic of Serbia, who routed Coco Vandeweghe of the U.S. 6-0, 6-1.

Men's fifth seed Kei Nishikori of Japan got his tournament under way with a 6-3, 6-3 win over Mikhail Kukushkin of Kazakhstan; No. 7 Jo-Wilfried Tsonga of France beat countryman Vincent Millot; and No. 31 Sam Querrey of the U.S. overcame Thiemo De Bakker of the Netherlands, 7-6 (5), 6-4.