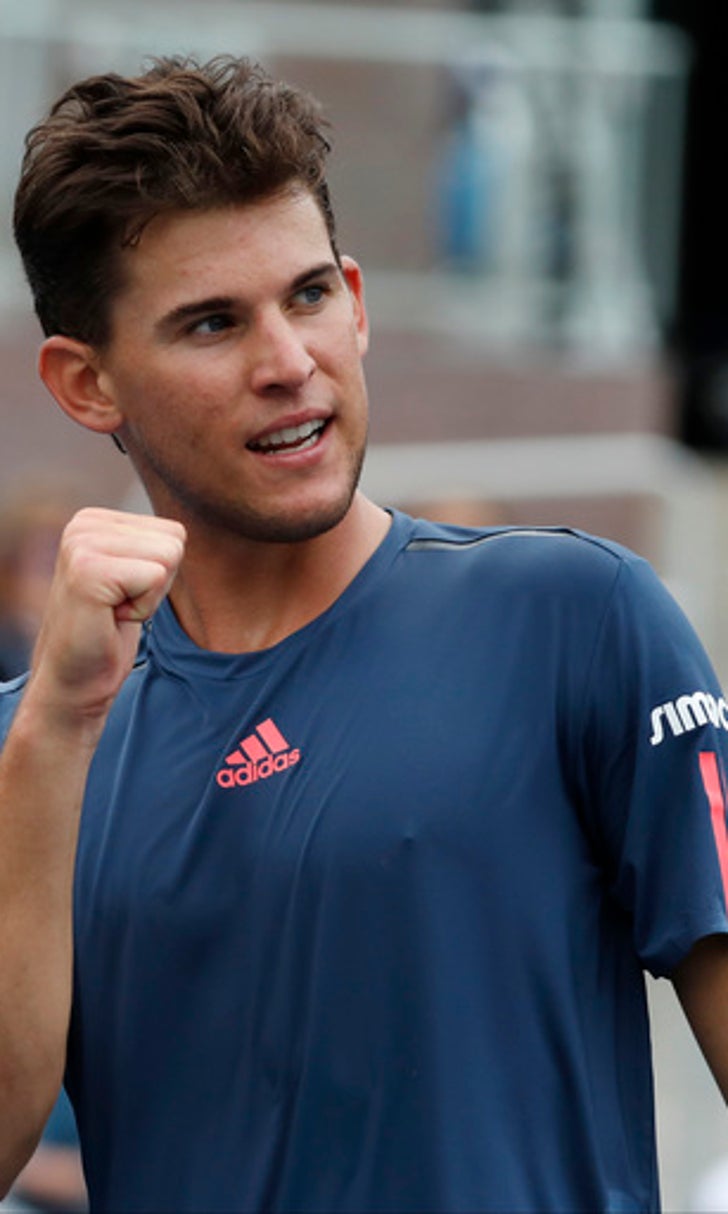 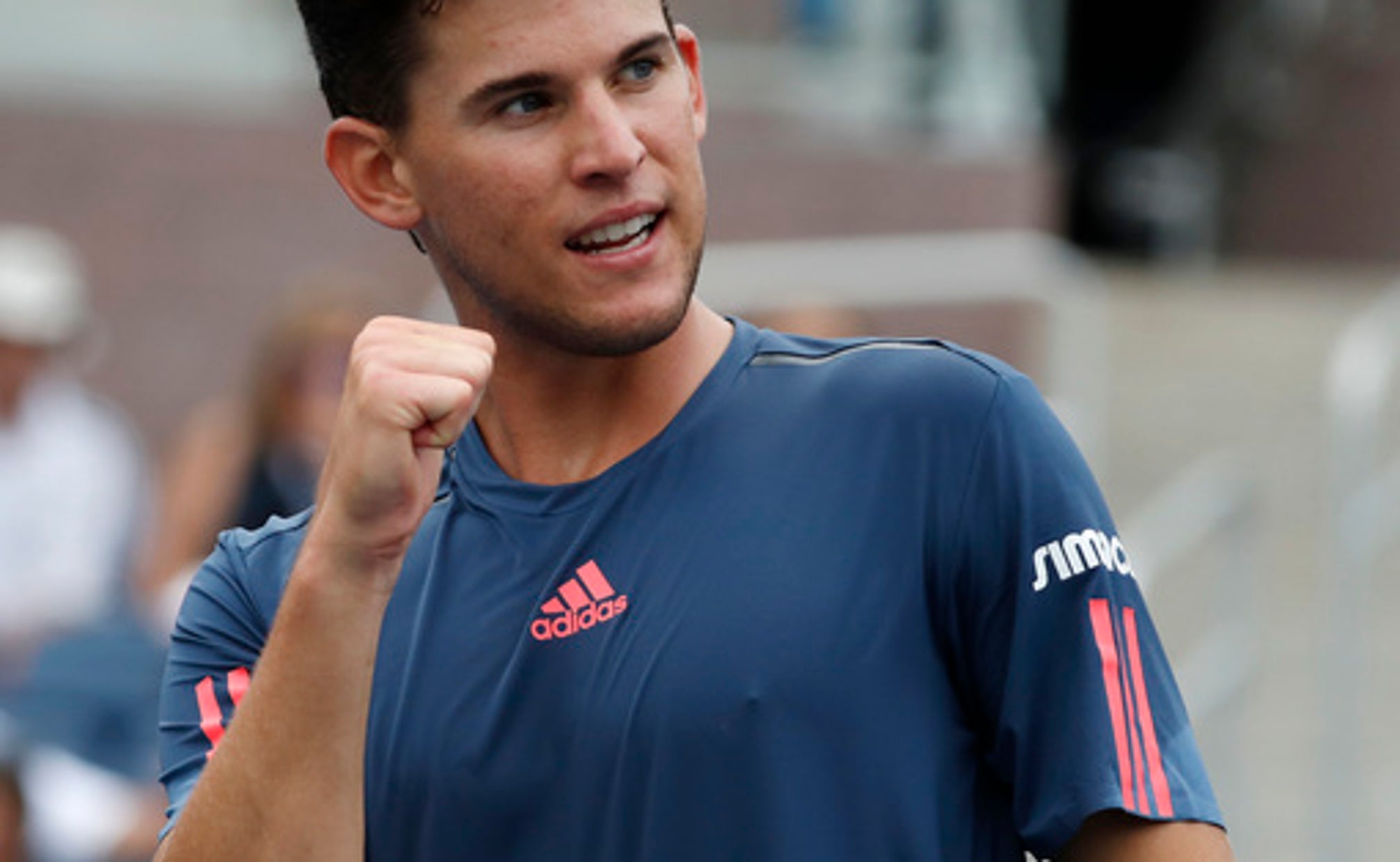 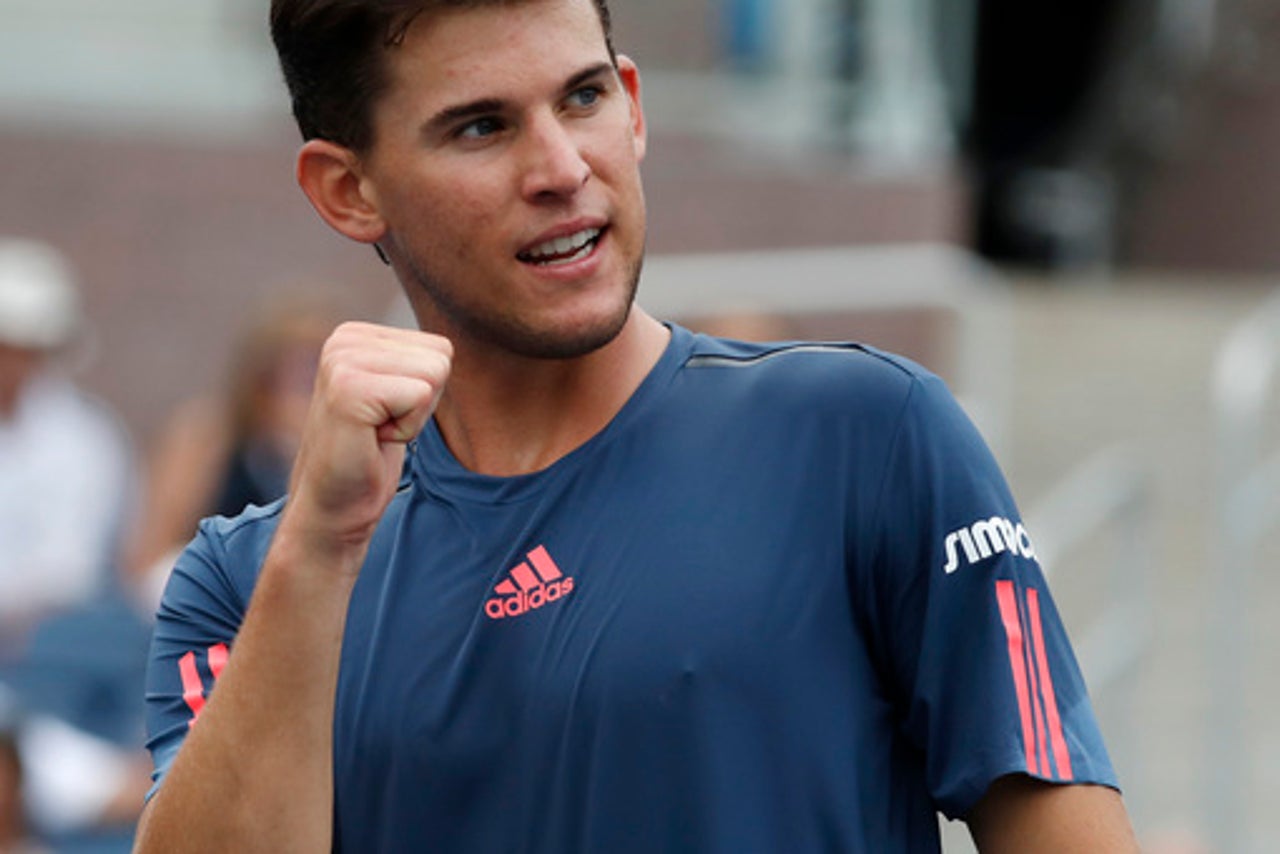 Williams' 6-2, 6-1 win over 47th-ranked Johanna Larsson of Sweden improved her major-tournament mark to 307-42, putting her one win up on Martina Navratilova among women and tying Roger Federer among all players in the Open era.

Appearing in a day match for the first time at this year's tournament, Williams wore a new white outfit that made a fashion statement with bold, pink sleeves. In her post-match interview, she called them her ''Wonder Woman sleeves.''

Williams lived up to that nickname, with no sign of a right shoulder problem that had hampered her leading into the tournament. She ripped six aces and 24 winners in a match that lasted just one hour.

Eighth-seeded Dominic Thiem overcame a shaky start Saturday to secure a spot in the fourth round of the U.S. Open.

Thiem, a 23-year-old Austrian, is considered one of the game's top young players. He's had four tour wins and a run to the French Open semifinals this year.

He previously reached the fourth round at the U.S. Open in 2014.

Thiem will play the winner of the match later Saturday between Juan Martin del Potro and 11th-seeded David Ferrer.

Fifth-seeded Simona Halep smashed her racket in frustration en route to a 6-1, 2-6, 6-4, third-round victory over 34th-ranked Timea Babos at the U.S. Open.

Halep, a semifinalist at Flushing Meadows a year ago, rallied from a 3-1 deficit in the deciding set and appeared to struggle with the power of the big-serving Hungarian, who blasted five aces and 25 total winners.

Halep threw down, and apparently cracked, her racket after losing a point late in the final set. It all ended just a few points later when Babos double-faulted on match point.

After the match, Halep said she wasn't able to move well because of a back problem. She acknowledged she didn't play her best, saying ''I don't know how I came back.''

Halep, whose best Grand Slam result was a run to the French Open final in 2014, next takes on 11th-seeded Carla Suarez Navarro for a spot in the quarterfinals.

Players will face cloudy skies and the coolest weather of the tournament so far, with highs only in the mid-70s.